Harry Connick Jr Net Worth – How Much Is He Worth?

Harry Connick Jr net worth is estimated to be at somewhere between $50 million and $55 million. The extremely impressive value of Harry Connick Jr’s net worth has come from a massively successful career as a musician, actor, and TV host.

Who is Harry Connick Jr? 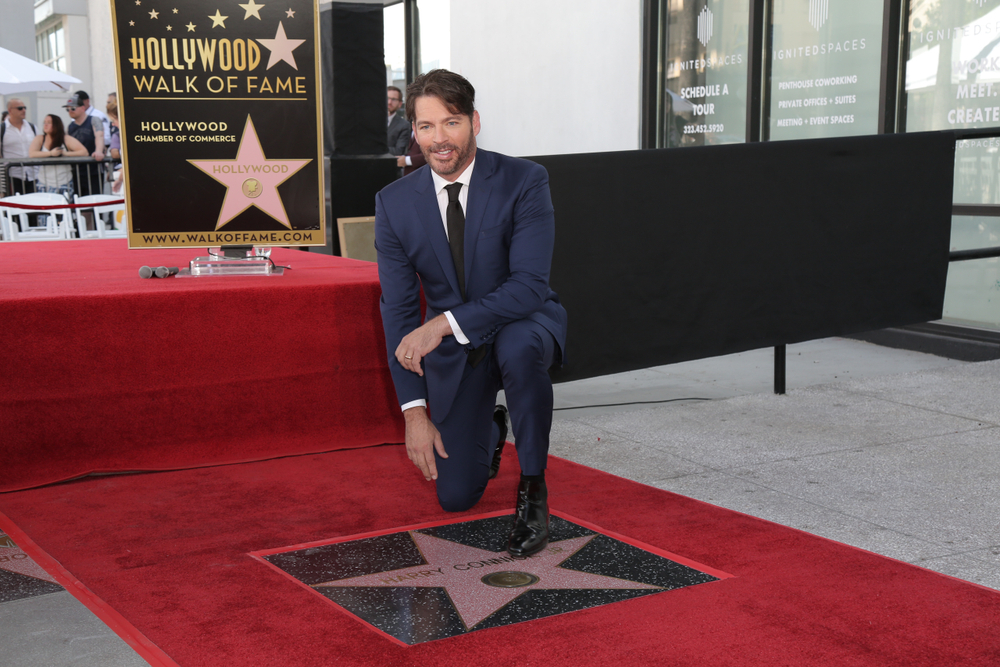 Harry Connick Jr (whose full name is Joseph Harry Fowler Connick, Jr.) is a singer, composer, pianist, actor, and all around entertainer whose album sales worldwide reach to approximately twenty eight million. He’s a star of the same or greater magnitude than the great Nathan Lane.

His acting career includes a long running recurring role on Will and Grace, as Grace’s husband Leo, and roles in the sci fi blockbuster Independence Day, and the Sandra Bullock romance, Hope Floats. 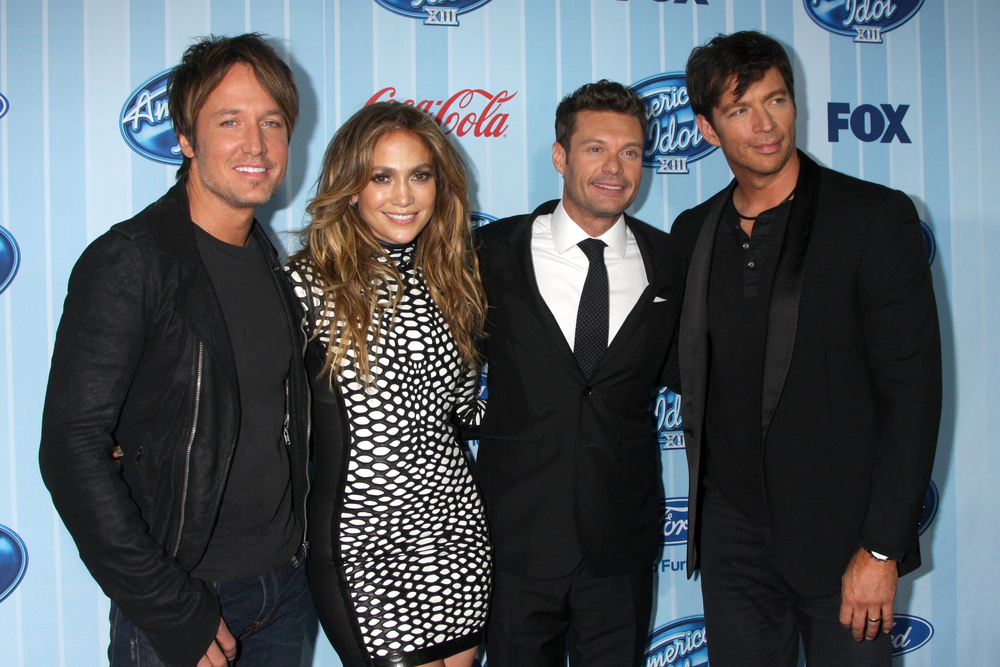 Harry Connick Jr’s album was the eponymous Harry Connick Jr, and was almost completely instrumental covers of classic jazz. His trademark croon was finally unveiled in 20, his second album, which was even more successful.

His reputation continued to grow simultaneously thanks to performing at classic NYC jazz venues, until Rob Reiner approached him to compose and play the soundtrack for his upcoming film, When Harry Met Sally, which became a mega hit. The film’s soundtrack album reached double platinum and won him a Grammy.

In 1990, Harry Connick Jr also got to fulfill another dream, of becoming an actor, in the World War II film, Memphis Belle. That year, he also dropped two albums, Lefty’s Roach and We Are in Love, in addition to setting off an a 2-year-long tour of the world.

The latter album won him his second Grammy in a row in the same category, namely Best Jazz Male Vocal. His film cred continued to then grow with a song he wrote for The Godfather III in 1991, which earned him both Golden Globe and Oscar nominations. That same year, he also got an Emmy nom for his TV special, Swinging Out Live.

Later that year, his album Blue Light, Red Light came out, and again went double platinum (his third in a row to do so), and he also played a central role in Jodie Foster’s film Little Man Tate.

1992 saw the release of yet another multi platinum album, called 25. In 1993, he wrote the hit song “A Wink and a Smile” for what would be another classic romcom, Sleepless in Seattle, and his Christmas album, When My Heart finds Christmas, was also an enormous hit that holiday season.

Harry Connick Jr started to cross genres a bit in 1994. He put out an album of funk music called she, which, naturally, went multi platinum, as well as a song for the soundtrack of Jim Carrey’s The Mask called “(I Could Only) Whisper Your Name” which remains his top seller in the United States ever.

In 1995, Harry Connick Jr starred in another film, this time in the thriller Copycat, where he performed the role of a serial killer opposite the legendary Sigourney Weaver. 1996 saw the release of yet another funk album, Star Turtle, which wasn’t a huge seller, his first non hit.

Luckily, that was off set by him also acting in the enormous sci fi action blockbuster Independence Day.
1997 was the year Harry Connick Jr released To See You, an album full of love songs that he wrote himself, before touring Europe and the USA. He also appeared in yet another film, Excess Baggage, starring Alicia Silverstone. The next year, he costarred with Sandra Bullock in the film Hope Floats.

He then returned to his original genre of big band in 1999 with his latest album, Come By Me, and also acted in the beloved cartoon The Iron Giant.

Harry Connick Jr got a Tony nomination in 2001 for writing the music to Thou Shalt Not, a Broadway show. That same year, he co-starred with Glenn Close in a TV version of Rodgers & Hammerstein’s immortal musical South Pacific.

He also put out two more albums that year, and began a long running role as Leo, Grace’s boyfriend and then husband, on NBC’s Will & Grace, a massive and groundbreaking gay sitcom.

In 2003, Harry Connick Jr dropped another all instrumental album as well as another Christmas album, in addition to another role, in the film Basic. In 2004, he put out a classic ballads album called Only You, which was also huge. The concert special earned him an Emmy.

In 2007, he played the starring role in the Broadway musical, The Pajama Game, in an enormous revival. He got a Grammy nomination for the cast album, as well as rave reviews.

Variety raved, “With his handsome wholesomeness and those mellifluous Sinatra-esque pipes, it’s hard to imagine a leading man more tailor-made for this 1954 show.”

In 2009, Harry Connick Jr starred in a romantic comedy film called New in Town, with Renee Zelwegger. That same year, he released another CD called Your Songs.

In 2011, he played Broadway again in a revival of On a Clear Day You Can See Forever.

Harry Connick Jr then appeared on the blockbuster hit show Law & Order: Special Victims Unit as David Haden, an Executive ADA, in a special arc that lasted 4 episodes long, in 2012. In 2013, he put out Every Man Should Know, another album full of his own compositions.

In season 12 of American Idol, Harry Connick Jr was brought on as a musical mentor to help that season’s top 4 contestants. The show was so pleased with his work and he proved so popular with the fans, the show brought him back as a regular judge for the thirteenth season, with JLo and Keith Urban.

In 2016, Harry Connick Jr got a short lived talk show called Harry, which ran for two seasons. It didn’t do well in either the ratings or in reviews however, making it one of the few misfires of Harry Connick Jr’s otherwise stellar career. Despite this, it was nominated for 5 Daytime Emmy Awards.

In 2019, Harry Connick Jr put out an album covering the music of the great musical theatre composer Cole Porter, entitled True Love: A Celebration of Cole Porter. The songs included “Anything Goes”, “I Concentrate on You”, “All of You”, “Just One of Those Things, and “In the Still of the Night”.

Besides arranging and orchestrating the songs himself, he even took on the duties of conducting the orchestra he assembled. And in conjunction with its release, he brought a Cole Porter concert to Broadway, blended with live dance performance. He called it Harry Connick Jr.: A Celebration of Cole Porter.

During the COVID-19 pandemic, Harry Connick Jr stayed home as so many others did and actually wrote and recorded an entire album from his house called Alone With My Faith. Additionally, he did the remarkable achievement of singing every choral part, and playing every single instrument himself.

The album included classics in addition to new songs about the emotional experience of living through this unique time in history in lockdown. His daughter, Georgia, helped him both come up with the concept for the music videos and album cover, as well as direct it. The albums nabbed him his sixteenth Grammy nom.

On the 2nd of December, 2021, Harry Connick Jr played Daddy Warbucks in Annie Live! on NBC, complete with bald cap.

Having been born in New Orleans, Louisiana, USA on the 11th of September in 1967, Joseph Harry Fowler Connick Jr was raised there as well, in the Lakeview area, with Suzanna Connick, his sister.

His dad, Harry Connick, for whom he was named, was the Orleans Parish D.A. in the years 1973 through to 2003. His mom, Anita Frances Livingston, was also in the legal profession, as first an attorney and then a judge. Anita’s family was Jewish, her parents immigrants from Vienna and Minsk, and his dad Roman Catholic.

In addition to their jobs as lawyers, Harry Connick Jr’s parents also owned and ran a record store, which had a great impact on the future course of his life. In fact, Harry Connick Jr was only 3 years old when he first started playing the keyboard and even being trained it in formally. By the age of 5, he was performing in public.

By 9 years of age, Harry Connick Jr was performing with the New Orleans Symphony Orchestra and at the Royal Orleans Esplanade Lounge, the latter of which was recorded by Japanese television for Jazz Around the World, a music documentary. By 10, he was recording music regularly with a jazz band.

Despite this, Harry Connick Jr found that he didn’t enjoy studying jazz at Loyola University, so not long after beginning there, he decided to transfer to the Manhattan School of Music and Hunter College in Manhattan, New York. While there, he lived at the illustrious 92nd Street Y.

Not long afterwards, Dr George Butler, a Columbia Records exec, signed him up for a contract with the company. 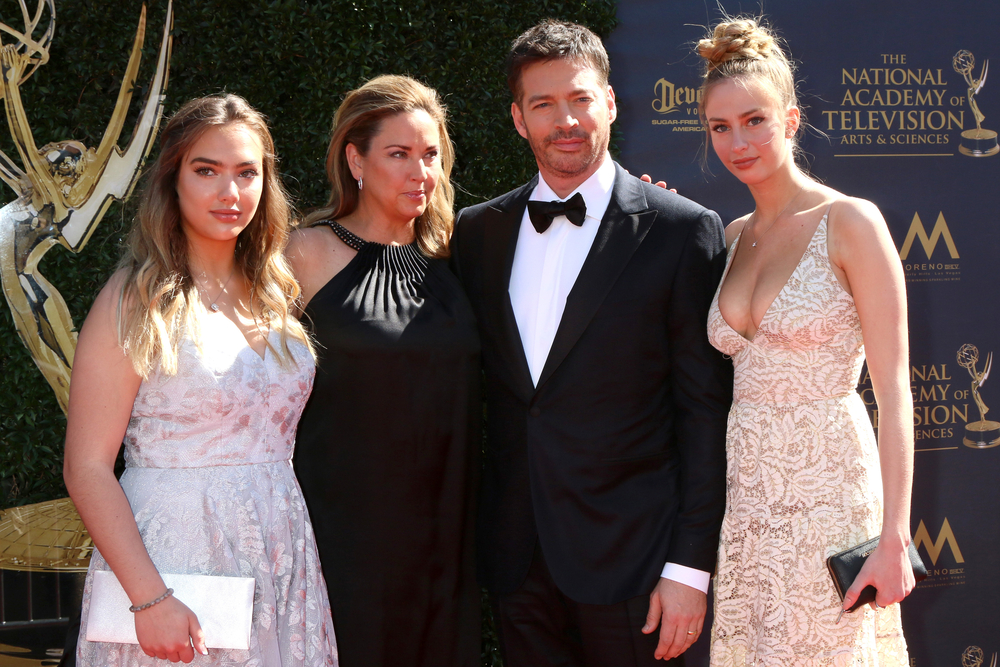 Harry Connick Jr is married to Jill Goodacre, a former model for Victoria’s Secret. Together, they have three children, all girls, named Georgia Tatum, Sarah Kate, and Charlotte, and split their time between New Orleans and New Canaan, Connecticut. Harry Connick Jr is Roman Catholic.

Harry Connick Jr has an official public verified Facebook account under the handle @harryconnickjr, which is impressive given how many celebrities’ names were already taken by fan accounts before they had a chance to set up their profiles.

On this platform, he has 1.7 million followers, and often posts personal messages about his life to his fans, photos, videos, plugs for his upcoming music, albums, concerts, events, films, and more.

Harry Connick Jr has an official public verified Twitter account where he tweets under the handle @HarryConnickJR (note that, although that’s how the name is officially listed, Twitter is not case sensitive, so you will be able to locate the account by typing in the lowercase letters as well).

On this platform, he has nearly three hundred forty one thousand followers, and is himself following three hundred five people in return. His tweets seems to mostly be of the same material he posts on his other accounts: photos, messages to his fans, videos, plugs for his upcoming music, albums, concerts, and more, etc.

Harry Connick Jr has a public LinkedIn account, under the name Joseph Harry Connick Jr. with his profession listed as “American Singer at Recording Industry Association of America (RIAA). He doesn’t have any posts up on this platform.

Harry Connick Jr’s TikTok includes a number of short vides of him speaking to his fans, playing music, and plugging his various upcoming events, appearance, performances, roles, and more things of that nature.