Marc Anthony Net Worth – How Rich Is The Famous Singer?

Who is Marc Anthony?

Marc Anthony (full name: Marco Antonio Muñiz Rivera) is a singer and songwriter, as well as an actor. Amongst his achievements, Marc Anthony is top selling artist in history in the tropical salsa genre of music. Marc Anthony has sold over twelve million albums globally. He
has won 3 Grammys and 6 Latin Grammys.

He is the Guinness World Record-holder for the bestselling artist of tropical/salsa as well as most #1 albums on Billboard Magazine’s Tropical Albums charts. He has had more #1 songs on Billboard’s Latin Tropical Airplay than any other artist. For the record, the count is 32. 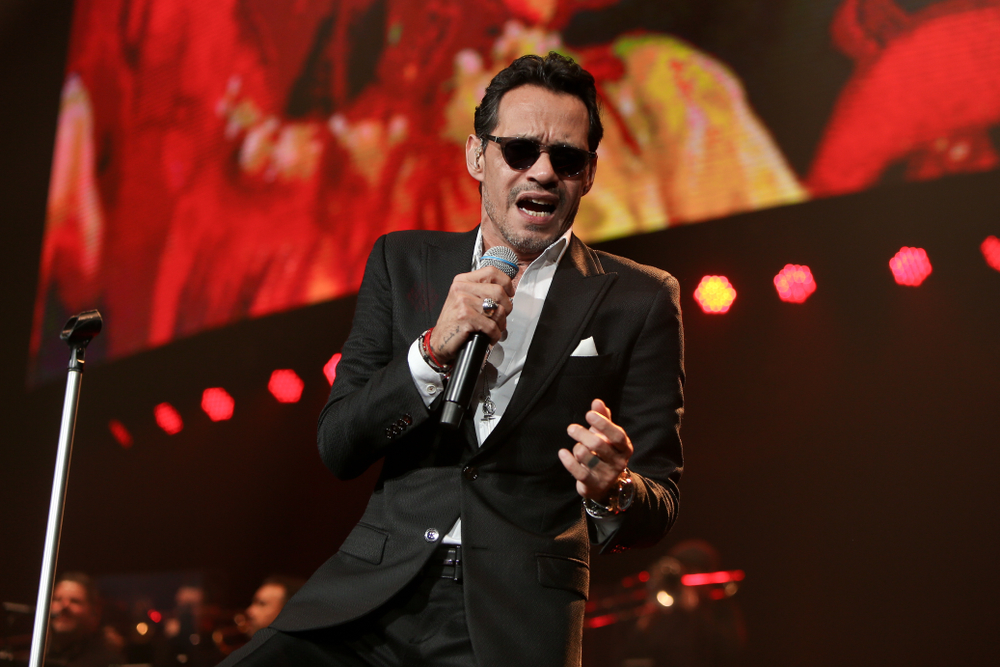 As a young man, Marc Anthony started out working for various underground house musicians in New York in the role of session vocalist. He soon changed his name to Marc Anthony so that people wouldn’t confuse him for the famous musician he was named for.

Marc Anthony wrote songs and performed backing vocals for the Latin Rascals and Menudo. By the start of the 90s, Marc Anthony was the world’s top-selling performer of salsa music. His brand of salsa was highly influence by urban and African American music, house, and R&B.

Marc Anthony’s first album came out in 1988 from Bluedog Records and was called Rebel. Later that year, he wrote Sa-Fire’s “Boy I’ve Been Told”, as well as produced it. In 1989, he performed backup on Ann-Marie’s “With or Without You,” which became a club hit.

In 1990, Marc Anthony and Chrissy I-eece co-wrote “You Should Know By Now”. In 1992, he change on a song called “Love Change”, which appeared as a B-side to Elan and the Powermachine’s “Here’s Your Hat”.

He also appeared on a number of Little Louie Vega’s hit club songs such as “When the Night is Over”, “Time”, and “Ride on the Rhythm”. That same year, he and Vega also were the opening act for Tito Puente at his concert at Madison Square Garden in New York City.

RMM Records’ president Ralph Mercado asked Marc Anthony to make a salsa music album. He declined, however, not sure he wanted to be a salsa musician. Upon hearing Juan Gabriel’s “Hasta Que Te Conoci”, however, he had a change of heart. He wanted to cover it himself in the salsa style. Marc Anthony’s debut Spanish album Otra Notra dropped in 1993.

In 1995, he released his next Spanish album, Todo a su tiempo. Its hit songs included “Llegaste A Mi”, “Te Amare”, “Se Me Sigue Olvidando”, “Nadie Como Ella”, “Hasta Ayer”, and “Te Conozco Bien”. It sold over eight hundred thousand units. The RIAA certified it gold in the US and Puerto Rico.

Billboard Magazine awarded him Hot Tropical Artist of the Year. The Grammys nominated the album for an award as well.

After it came out, he had an HBO special called Marc Anthony: The Concert from Madison Square Garden. They aired it on Valentine’s Day 2000. TV Guide gave it a nomination for Music Special of the Year.

After, he did a duet with Jennifer Lopez called “No Me Ames” that appeared on her On the 6 album. He also dueted with Tina Arena on “I Want to Spend My Lifetime Loving You” for The Mask of Zorro soundtrack in 1998.

In 1999, Marc Anthony put out an eponymous album in English. It included the hit “I Ned to Know” and “You Sang to Me”, which also appeared on the soundtrack to the hit Julia Roberts romcom Runaway Bride. The album started off as #8 on Billboard and eventually went triple platinum.

The Grammys nominated “I Need to Know” for their award for Best Male Pop Vocal Performance.

In 2001, Marc Anthony’s next salsa album came out. Called Libre, it featured “Viviendo”, “Este Loco Que Te Mira”, and “Celos”. It was #1 on Billboard’s Top Latin Albums for fourteen weeks. The RIAA certified it gold.

In 2002, he dropped another English album release. It was called Mended. In 2004, he made a Latin pop record called Amar Sin Mentiras. The next month, he redid the songs in a salsa style in the form of a new album called Valio Le Pena.

In 2013, Marc Anthony put out another salsa album. It was called 3.0. Its biggest hit song was “Vivir Mi Vida”. He also went off on a world tour with it, travelling to fifteen countries across three separate continents. He followed that with another two world tours.

In 2016, Marc Anthony played Radio City Music Hall in New York City, and sold out 3 of the 5 shows.

Marc Anthony has also had an acting career. He appeared in Hackers in 1995, and The Substitute and Big Night in 1996. He starred in The Capeman, a Broadway musical written by the legendary Paul Simon in 1998. He appeared in Martin Scorsese’s Bringing Out the Dead in 1999.

In 2001, he starred with Salma Hayek in In the Time of the Butterflies. In 2004, he starred with Denzel Washington in Man on Fire. In 2007, he starred as Héctor Lavoe in a biopic called El Cantante. In 2010, he appeared in two episodes of HawthoRNe, starring Jada Pinkett Smith.

In 2012, Marc Anthony collaborated with Henry Cárdenas to open the Maestro Cares Foundation. They opened up an orphanage in the Dominican Republic in 2014. They opened a school and youth home in Colombia in 2015.

Marc Anthony was born as Marco Antonio Muñiz Rivera on the sixteenth of September in the year 1968 in New York City. Both of Marc Anthony’s parents were Puerto Rican. His mom was Guillermina Rivera. His dad, Felipe Muñiz, was a professional guitarist who also worked in a hospital cafeteria.

Guillermina and Felipe had 7 children before Marc Anthony. They named him after Marco Antonio Muñiz, their favorite singer. They raised him Roman Catholic in the area of Manhattan known as Spanish Harlem.

Felipe trained his son in music from a young age, teaching to sing in English as well as Spanish. Marc Anthony loved many different styles of music from rock to R&B to salsa and more. Some of his favorite artists were Air Supply, José Feliciano, Rubén Blades, Willie Colón, Héctor Lavoe, and Tito Puente. 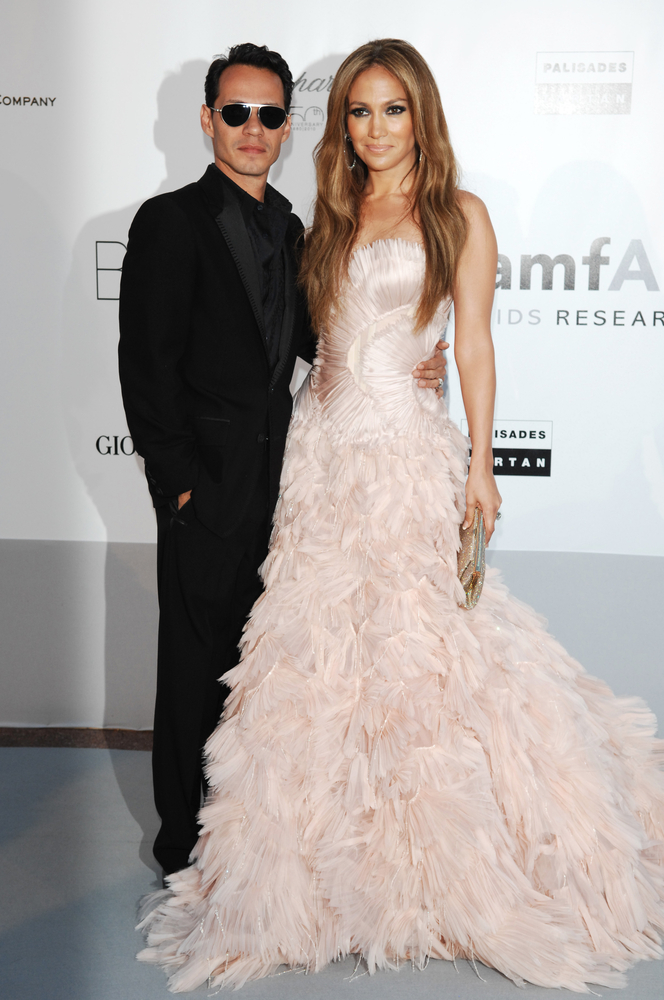 In 2000, Marc Anthony married Dayanara Torres, a former Miss Universe. In 2001, they had a son, Cristian Marcus Muñiz (named for Cristian Castro, a singer from Mexico). In 2003, they had another son, Ryan Adrian Muñiz. They divorced in 2004 after a tumultuous marriage.

Later that year, Marc Anthony got married to pop sensation Jennifer Lopez. They had briefly dated a handful of years prior. They wrote and performed a lot of music together while they were married. They also co-starred in a film called El Cantante.

In 2008, Jennifer Lopez and Marc Anthony had twins: Maximilian David Muñiz and Emme Maribel Muñiz. They divorced in 2012. Jennifer Lopez got primary custody of the kids.

In 2014, Marc Anthony married a model called Shannon De Lima. They divorced in 2017. In 2022, Marc Anthony became engaged to Nadia Ferreira, a Miss Universe from Paraguay.

Marc Anthony has a strong and active social media presence. He has accounts on most of the major sites, using this platform to connect with his fans, which in turn also helps Marc Anthony net worth.

On his official public verified Facebook account, Marc Anthony posts photos of himself, video clips of his appearances, interviews, music videos, and more, as well as career updates, including new music, albums, concerts, and more. Connecting with his fans this way helps boost Marc Anthony net worth.

On this popular social media platform, Marc Anthony has 11.3 million followers as of the present time. Marc Anthony is currently following 813 people in return.

On his official public verified Twitter account, Marc Anthony tweets his thoughts and observations. He also posts career updates, including new music, albums, concerts, and more. This method of connecting with his fans also contributes to Marc Anthony net worth.

On this popular social media platform, Marc Anthony has 12.2 million followers as of the present time. Marc Anthony is currently following 606 people in return.

On his official public verified Instagram account, Marc Anthony posts photos, videos, career updates, including new music, albums, concerts, and more. Connecting with his fans like this is also a method by which Marc Anthony net worth continues to thrive.

Marc Anthony does not have an official professional LinkedIn account. This is perhaps not surprising as celebrities at Marc Anthony’s level of fame generally don’t require the sort of networking this service provides.

Should the situation ever change and Marc Anthony decide to sign up for one, we will be sure to update this page. After all, our goal is to keep our readers informed of all the latest news about Marc Anthony net worth, career, and life.

On this popular social media platform, Marc Anthony has 1.7 million followers and 3.6 million likes as of the present time. Marc Anthony is currently following 12 people in return.

On his official public verified TikTok account, Marc Anthony posts his music videos. Giving his fans another place to access his music helps Marc Anthony net worth grow as well.