Currently Nathan Lane Net Worth is estimated at about $20 million!

This is testament to the gifted stage actor’s personality and character as he overcame the adversities of his early childhood and through hard work, forged himself into a respected and award winning actor, author and voice artist.
Join us as we take a celebrity tour through his life and take a few flash photos of who, what, when, where, how and … how much is Nathan Lane Net Worth?

Who is Nathan Lane? 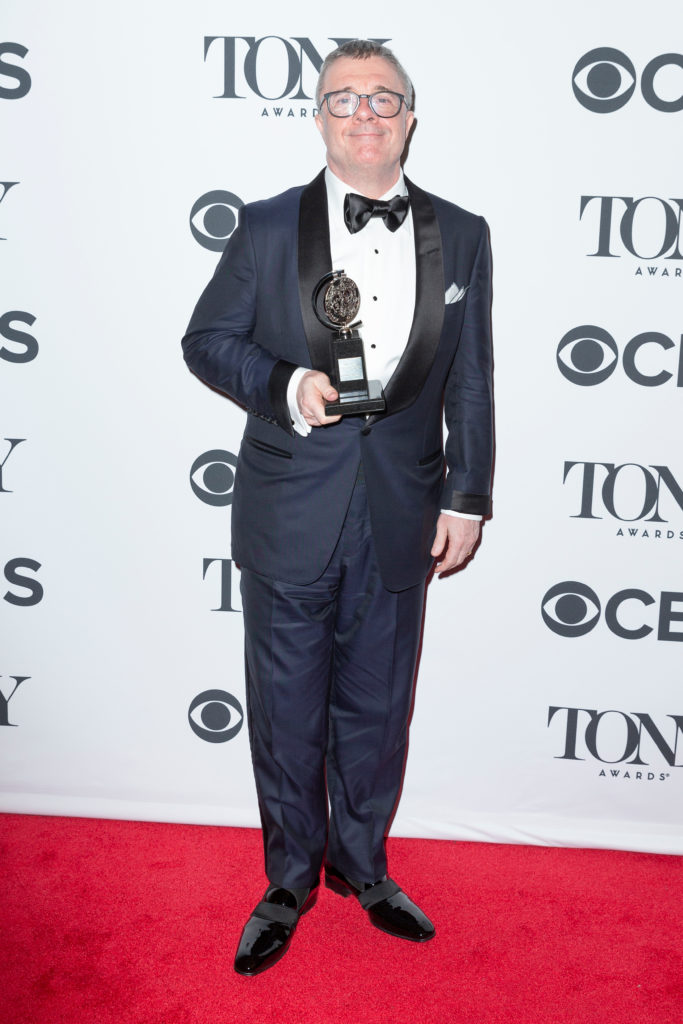 The actor that The New York Times hailed as the greatest stage performer in the past ten years, was originally christened Joseph Lane after being born on February 3, 1956 in Jersey City, New Jersey.

The television, stage, and screen comedy legend, Nathan Lane gained fame as Albert in the 1996 movie, The Birdcage, as well as his many spectacular Broadway performances. Notably, in 1992 he portrayed the semi self-titled role of Nathan (Detroit) in Guys and Dolls—which is incidentally how he found his stage name.

In order to avoid being confused with a Joe Lane already listed with Actors Equity, he changed his name to Nathan, invoking the character of Nathan from Guys and Dolls.

Amongst the plethora of other mention worthy roles that added to Nathan Lane net worth would be:

His credits include numerous similar nominations, as well as wins of a slightly lesser distinction, like the Obie he won for Love! Valor! Compassion! in 1995. In 2008, the Nathan Lane Net Worth received a huge boost when the thespian was inducted into the American Theater Hall Of Fame.

Recommended reading:
J.R. Smith—How Rich is He Now?
Silento—Is His Wealth a Yay or a Nae-Nae?

Currently, the Nathan Lane Net Worth amount is estimated at around $20 million dollars. So, how did Nathan Lane manage to grow to what is arguably the largest net worth estimate for a stage actor?

How did Nathan Lane get so rich? The honest answer is that he worked very hard, and from an early age he pursued his passion, and persevered, even through some rather difficult times. Lane received a scholarship to study drama at Saint Joseph’s University in Philadelphia, and his oldest brother, Dan (who acted as a father figure to Nathan throughout his teenage years), drove him there on the first day.

After learning that his scholarship would not cover all of his expenses, he decided to leave and work for a year. “He told me, “College is for people who don’t know what they want,” Dan explained. Nathan packed his bags and headed for the Big Apple and his dreams. In New York, he worked at a telemarketing service and sang telegrams for a while before beginning the long road to take his first steps into the entertainment business.

What is Nathan Lane’s Net Worth in Real Estate?

Although the world’s most celebrated stage actor of the decade lives a rather secluded private life, particularly when it comes to social media, he did list his nearly 2800 square foot Manhattan apartment as for sale at a cool $4.65 million in June 2021. This should up Nathan Lane’s net worth considerably when it sells as he paid a mere $916, 500 for the two-bed, three-bath piece of Manhattan real estate in 1997. 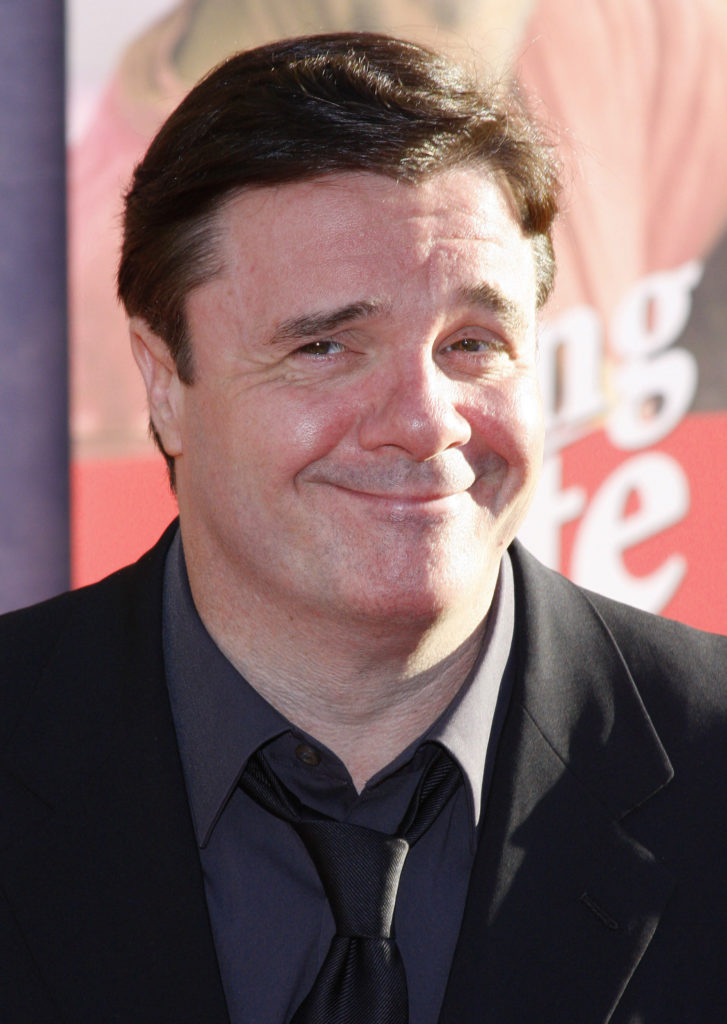 Equating his childhood, and the death of his father, to a ‘wildebeest stampede’ scene from The Lion King, Lane was not born with a silver spoon in his mouth. In fact, his father, Daniel basically drank himself into the grave just shortly after Nathan had turned 11.

Daniel was an talented tenor, and worked as a truck driver to provide for his family. His mom, Nora, did not have it easy herself. She worked as a secretary and housewife, and apart from being married to the alcoholic father of their three sons, she battled her own demons. Nora suffered from bipolar disorder as well as severe bouts of manic depressive episodes—which was said to be, in part, the cause of her death in 2000.

Although she was shocked when Nathan told her that he was gay, she had always supported him and he acknowledged this when he received his second Tony Award. Despite never being truly happy on earth, she was always proud of him, he said.

When we talk family and the Nathan Lane Net Worth, it was mentioned that he was the youngest of three brothers. Both Daniel Junior and Robert are older than him. He attended parochial schools when he lived in Jersey City and a Jesuit high school. When he attended St.Peter’s Preparatory School, he studied drama and was named Best Actor of his graduating class in 1974, as well as receiving the Prep Hall of Fame Professional Achievement Award in 2011.

Nathan Lane – What is his Height and Weight?

Nathan Lane is not a huge man in stature, but he makes up for this with his larger than life personality and surprisingly loud, and high-pitched voice, as well as the Nathan Lane Net Worth of a double decade of millions. Weighing in at around 137 lbs. and standing 1.65 meters, or 5′ 6” tall, Nathan has brown eyes and black hair. There are no documented tattoos or scars on his body as far as we could establish. About his voice he once had the following comment, “You have to be loud, it’s the Theatre!”

The Career of Nathan Lane

Nathan Lane’s net worth started taking shape when he was tempted by the glitz and glamor of the Big Apple. Not at first, as it took some struggle and time for his career to start it’s take-off. He had some fleeting triumph doing stand-up comedy along with his partner at that time, Patrick Stack. Later, he performed Off-Broadway at the Second Stage and Roundabout Theaters, as well as the Manhattan Theater Club.

In 1982, he appeared on a Broadway revival of Noȅl Coward’s, as well as Roland Maule in Present Laughter, which won a Drama Desk nomination. His co-stars included George C. Scott and Kate Burton amongst others.

In 1983 the Nathan Lane net worth took a dip when he once again worked on Broadway. “Merlin” is notorious as one of Broadway’s most costly flops. Originally conceived as a showcase for Doug Henning’s magic, the production also featured Chita Rivera and a young, fresh-faced Christian Slater.

It is known that Lane once said that one of Doug Henning’s greatest magic tricks was to make an audience vanish into thin air. In the same year Lane joined Neil Simon’s national tour of the production of Broadway Bound.

In 1986 Lane won the St. Clair Bayfield Award for Shakespearean Performance for his part in Measure for Measure, performed in Central Park. The Lisbon Traviata in 1990 gave him an opportunity to win the Lucille Lortel Award and the Outstanding Actor Award for Drama Desk Award.

Nathan appeared in Terrence McNally’s production of “Lips Together, Teeth Apart” with Swoosie Kurtz, Christine Baranski, and Anthony Heald on May 28, 1991.

In 1992 Nathan Lane finally managed to land what he considered to be his dream job at the time. He was to star with Faith Prince as Nathan in Guys and Dolls. If you can remember, Joseph Lane became Nathan Lane, choosing the name from his favorite production. This earned him a Tony nomination, another Drama Desk Award, and an Outer Critics Circle Award.

Nathan Lane’s net worth got a boost that year as he was also awarded an Obie for his illustrious career in the category of Sustained Excellence of Performance. At his acceptance speech when he won his first Tony Lane announced, “This means a lot to me because, as you know, I’m an enormously unstable, desperately needy little man”.

Nathan Lane has shown that he adores his work and in 1993 he performed an amazing three-hundred and twenty performances in the Neil Simon production of the 23rd Floor. This was produced for television later in 2001.
Stephen Sondheim wrote A Funny Thing Happened on the Way to the Forum in 1962, and in 1996, Lane led the smash hit revival with faultless performances that saw him bag a hat-trick of awards: An Outer Critics Circle, Tony, and Drama Desk.

2001 was to date his best year yet as his performance of Max Bialystock in The Producers, by Mel Brooks, exceeded all of Lane’s previous achievements. He played the character of Max for six years, adding to Nathan Lane’s net worth.
Lane was scheduled for a relaxing vacation at The Hamptons in 2004 but instead chose to head to the West End in London. This last second decision, replacing Richard Dreyfuss, saw him nab an Olivier Award for ‘Best Actor in a Musical’ for the same role. The film adaptation of The Producers was released in 2005 and Nathan won a Golden Globe nomination for his stellar performance.

Nathan Lane co-starred with Matthew Broderick in The Producers, and they joined forces again the following year for the limited, but very successful, remake of The Odd Couple. Soon after, they were honored with Hollywood Walk of Fame stars adjacent to one another.

He played a role in the drama Butley in 2006, which was an unusually serious part for the funny man. In recent years, he has appeared as Estragon on Broadway in Waiting For Godot alongside Bill Irwin and in David Mamet’s, November. From early 2010 until March the next year, Nathan Lane starred in the new The Addams Family musical alongside Bebe Neuwirth who portrayed Morticia. This earned him another Drama Desk, and Outer Critics Circle nomination. Douglas Carter Beane’s new play The Nance, had a limited run during 2013 and that brought him back to Broadway.

In 2008, Nathan Lane was honored with an induction into the American Theater Hall of Fame, another great plus for Nathan Lane’s net worth.

In addition to numerous off-Broadway productions, the actor has appeared in 25 films, includingThe Birdcage (1996), Addams Family Values (1993), and Swing Vote (2008), adding to the spectacular Nathan Lane net worth.
The versatile performer has voiced several animated films:

The Nathan Lane net worth is not the only way that Lane has shown his dedication and passion. As an out gay man, he has received numerous awards and recognitions, including the 2002 Gay and Lesbian Alliance Against Defamation, the Vito Russo Award, and in 2007, both the Trevor Project Hero Award and the Human Rights Campaign Equality Award. As a devoted board member for Broadway Cares/Equity Fights AIDS, his commitment as fundraising champ is admirable.

The Personal Life and Family of Nathan Lane

Lane recalls that he came out to his mother at age 21—that was long before there was a thing called Nathan Lane net worth… It is rumored that she replied that she would rather be dead, to which he quipped back that he knew she would understand.

He joked sometimes that once he had helped her get her head out of the gas oven, life went well.

The killing of Matthew Shepard led Lane to come out publicly in 1999 and on November 17, 2015 he married Devlin Elliott. Elliot is a theater producer and writer with whom Lane had been living with for 18 years. Nathan Lane’s net worth is still growing and the couple currently reside in Manhattan. Follow him on Instagram for a look into his private life.