Ciara Net Worth – How Rich Is The Music Star?

Ciara net worth is currently estimated as being at about approximately $20 million dollars USD. The bulk of Ciara net worth has come from her long standing successful career in the music entertainment industry. 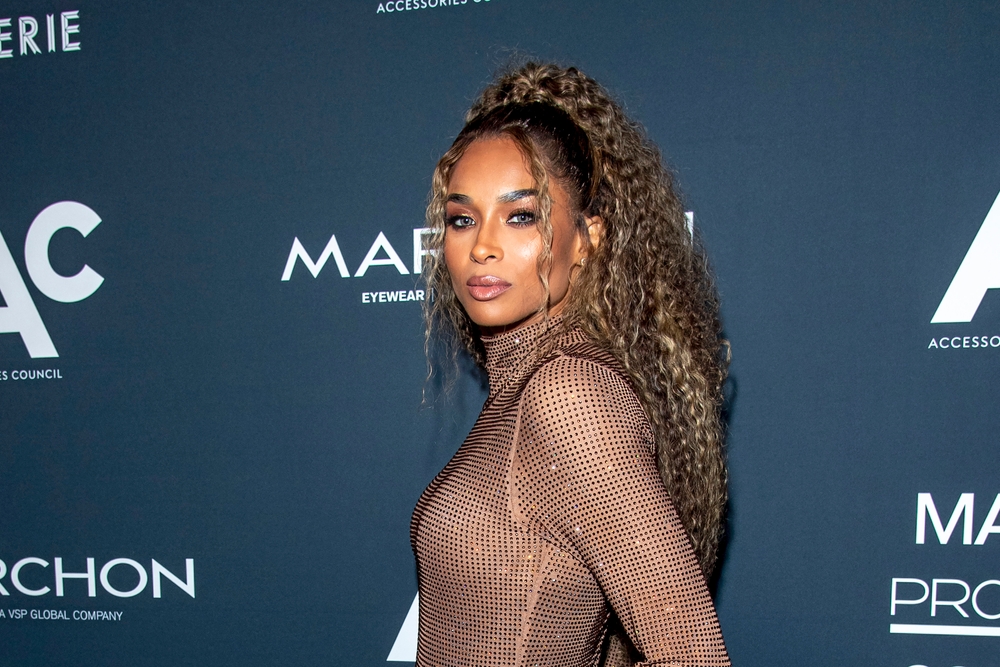 Ciara (whose full name is Ciara Princess Harris Wilson) is a singer. She began her career as part of a girl group called Hearsay but eventually became a hit solo artist. Her first album was 2004’s Goodies. The RIAA certified it triple platinum and it nabbed her two Grammy nominations. Her second album was called Ciara: The Evolution. It got to #1. 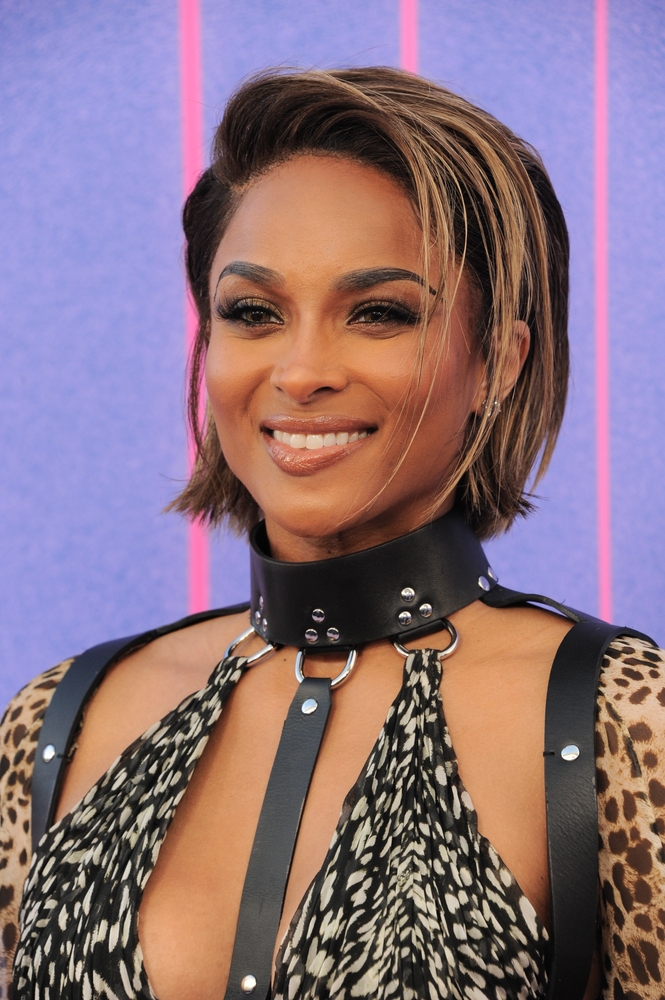 In 2003, Jazze Pha introduced Ciara to L.A. Reid, who signed her to LaFace Records. They almost immediately got to work on her first album. Early the next year, she wrote a song called “Goodies” that became the album’s first single, as well as its name.

In September of 2004, Goodies dropped and started off at #3 on Billboard Magazine’s 200 chart. It stayed on the chart for seventy one weeks. It also kicked off at #1 on the Top R&B Hip Hop chart. The RIAA certified the album triple platinum the next year.

The second single was “1, 2 Step” with Missy Elliott. The third was “Oh” with Ludacris.

In July 2005, Ciara dropped Goodies: The Videos & More, a combo pack of CD and DVD with remixes, music videos, and more. She also appeared on Missy Elliott’s “Lose Control” and Bow Wow’s “Like You”. She then opened for Gwen Stefani on tour, followed by a tour with Bow Wow and Chris Brown.

In late 2006, Ciara dropped Ciara: The Evolution, her second album, which was her only one to ever reach #1 on Billboard’s 200. It also made #1 on Top R&B Hip Hop, as had her first album. The RIAA certified it platinum.

Its first single “Get Up” with Chamillionaire got to the 7th spot on the charts. In 2006, it appeared in the film Step Up. Its next single was called “Promise”. The following one was “Like a Boy”. The final one was “Can’t Leave ‘em Alone”. They all did well.

That same year, Ciara kicked off her first tour as a headliner. She went to 17 different locations across the US. The next year, she was the headliner for Screamfest ’07 and supported Rihanna on her UK tour. She also appeared on Field Mob’s song “So What” and Tiffany Evan’s “Promise Ring”.

In May 2006, Ciara also acted in All You’ve Got for MTV films about a girl who plays volleyball. She got good reviews for it.

Billboard named Ciara “Woman of the Year” in 2008. In mid-2009, her third album, Fantasy Ride, dropped. The singles were “Go Girl”, “Never Ever”, “Work”, and “Love Sex Magic” with Justin Timberlake. This song became a huge hit globally. It reached the top ten in twenty different countries.

It also got a Grammy nom for Best Pop Collab with Vocals and an MT Video Music Award nom for Best Choreography for the video. Later that year, she co-headlined a tour with Jay-Z and then appeared as a supporting act on tour with Britney Spears.

Ciara then guested on Nelly’s “Stepped On My J’z” and Enrique Iglesias’s “Takin’ Back My Love”. In early 2010, Ciara and Pitbull guested on Ludacris’ “How Low” remix. In March 2010, she cameoed on Usher’s music video for “Lil’ Freak”.

In December 2010, Ciara’s 4th album dropped. It was called Basic Instinct, and it didn’t do nearly as well as her previous efforts. The highest spot it reached on the 200 was #44. It debuted at #11 on the R&B Hip Hop chart, so also not as good as usual for her.

The singles were “Ride” with Ludacris, “Speechless”, and “Gimme Dat”.

Unhappy with her label for the album’s relatively weak performance, she left Jive Records and signed with Epic Records in late 2011. They released three songs for a then-upcoming album: “Got Me Good”, “Sorry”, and “Sweat” but all three singles underperformed so dramatically, they decided to scrap them.

The new lead single for what would be a self-title album was now “Body Party”. It did better than the previous 3 but not spectacularly. The second song out was “I’m Out” with Nicki Minaj. The album came closer to recapturing Ciara’s former glory than she had in a while. It kicked off at #2 on the 200.

In 2012, Ciara played a preacher’s wife in the film Mama, I Want to Sing! And a woman named Brie in That’s My Boy. She also recurred throughout season 6 of The Game on BET.

In January 2013, Ciara dropped the first single for her next album, “Anytime”, which featured Future, her romantic partner. After they announced their engagement, Ciara also said that much of the album would be about their relationship. They had a kid together in May of that year. But he also cheated on her, leading to them breaking up.

In response, Ciara’s album was delayed as she worked on retooling it. Now the album would be more about her experiences as new mother. She renamed it Jackie, after her own mother, and it came out in mid-2015.

Around that time, she headlined her first tour in 6 years, in various cities in the United States. The singles were “Dance Like We’re Making Love” and “I Bet”. The album was a bit of a disappointment financially. It debuted in seventeenth place and its first week was her lowest selling up to that point.

Ciara immediately got to work on her next album. In early 2017, she signed with Warner Bros Records. In may of that year, her 7th album, Beauty Marks, dropped. Its singles were “Level Up”, “Thinkin’ Bout You”, “Greatest Love”, “Dose”, and “Freak Me”.

In 2019, Ciara was a judge on Nickleodeon’s musical competition TV show America’s Most Musical Family. Other judges were 80s pop star Debbie Gibson and David Dobrik. In December of that year, she appeared on Blanco Brown’s remix of “The Git Up”.

In mid-2020, Ciara dropped a new single called “Rooted” with Ester Dean. Between that year and the next, Ciara and Russell Wilson, her new husband, opened a fashion line called The House of LR&C as well as a deal with Amazon to open Why Not You Productions.

Ciara was born as Ciara Princess Harris in the city of Fort Hood in Texas, United States of America on the 25th of October in the year 1985. Ciara was an only child, her parents being Carlton Clay Harris and Jackie Harris. They name her after a Revlon fragrance with the same name.

As a child, Ciara’s family moved around a lot because her dad worked for the army. Various places Ciara grew up include Nevada, Arizona, California, Utah, New York, and Georgia. They eventually settled permanently in Georgia.

As a teenager, Ciara and two friends of hers formed a girl group called Hearsay. They recorded numerous demos together but eventually had a falling out due to creative differences. Despite this, Ciara was still able to get a songwriting publishing deal.

Ciara’s first credit was a song called “10,000 Times” which she wrote for Blu Cantrell and appeared on Cantrell’s first album, So Blu. Ciara then wrote Fantasia Barrino’s song “Got Me Waiting” off of her debut, Free Yourself.

During this period she met Jazze Pha, a music producer with whom she made 4 demos: “Lookin’ at You”, “Pick Up the Phone”, “Thug Style”, and “1, 2 Step”. All of these songs would appear on her first album. 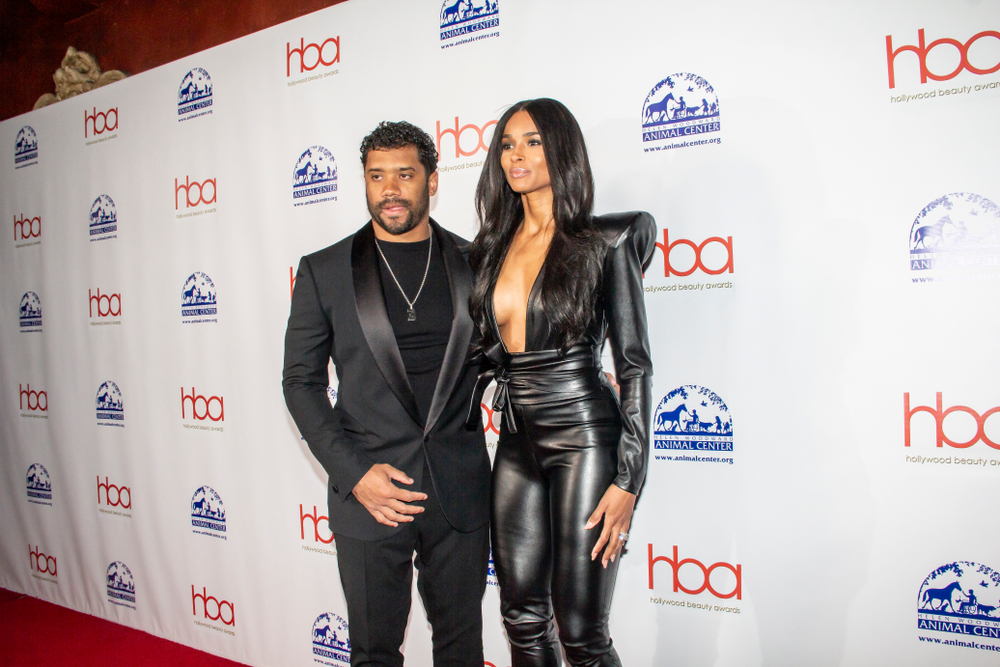 Ciara got engaged to the rap artist Future in 2013. They had a son in 2014 called Future Zahir Wilburn. Later that same year, however, they broke up after he cheated on her.

In 2015, Ciara became romantically involved with Russell Wilson, the quarterback for the Seattle Seahawks. They got married in mid-2016, and she took his surname. In 2017, they had a girl called Sienna Princess Wilson, and in 2020, they had a son called Win Harrison Wilson.

Ciara has a healthy presence on social media, with large followings on all of the major accounts. This undoubtedly helps contribute to the strength of Ciara net worth.

On Facebook, Ciara posts videos of herself, her family, and loved ones, as well as information and plugs for all of her latest music, projects, live appearances, press, and more. By connecting with her fans in this way, she also helps increases Ciara net worth.

On Twitter, Ciara tweets her thoughts and observations, information and plugs for all of her latest music, projects, live appearances, press, and more. This method of connecting with her fans also helps contribute to Ciara net worth.

On Instagram, Ciara posts photos and videos of herself, information and plugs for all of her latest music, projects, live appearances, press, and more. Connecting with her fans this way also helps Ciara net worth as well.

Ciara does not have a public professional LinkedIn account. This is perhaps not surprising as music artists at Ciara’s level of fame often don’t see the need to make use of the sort of business networking that this service provides.

Should this situation ever change and Ciara opt to sign up for one at any point in the future, we will be sure to update this page with that information. After all, our goal is to keep our readers informed of all of the latest news regarding Ciara net worth, life, and career.

On this popular social media platform, Ciara has nearly 3 million followers and 17 million likes as of the present time. She is herself currently following 19 people in return. On TikTok, Ciara posts fun videos in order to connect with her fans, which in turn helps add to Ciara net worth.

Ciara’s height is not matter in the official public record. People have, however estimated it as being 5 feet 7 inches, which is 1.7 in meters. Ciara’s weight is no matter available in the public record. She is, however, estimated as being about 137 pounds or 62 kilos. Ciara’s hair color is black. Ciara’s eye color is dark brown.