T-Pain Net Worth – How Rich Is The Successful Rapper?

T-Pain net worth is currently estimated to be at about approximately $10 million. The bulk of T-Pain net worth has come from his long illustrious career in the rap music industry as both an artist and producer. 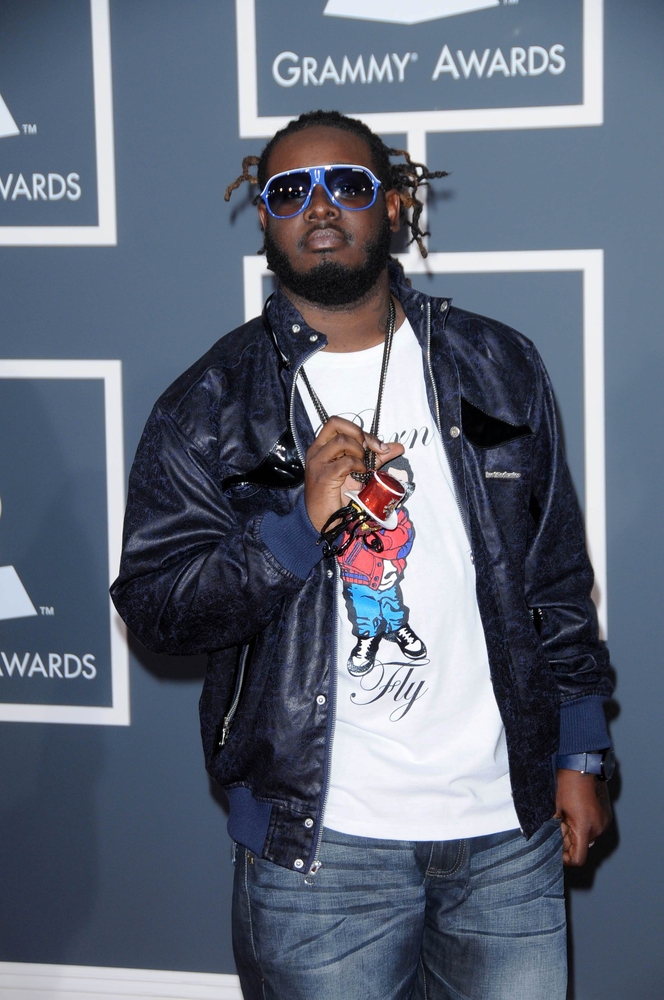 T-Pain is the stage name of Faheem Rasheed Najm, who is a rap star, singer, and song writer, as well as producer.  T-Pain is perhaps most widely known as having been the one to popularize the use of auto tune.

This means rather than simply improve someone’s voice, create deliberate audio effects, as heard done by artists such as Snoop Dogg, Kanye West, and Lil Wayne.

T-Pain’s albums include Rappa Ternt Sanga, Epiphany, and Three Ringz, and some of his hit songs include “I’m Sprung”, “Bartender”, “Buy U a Drank (Shawty Snappin’)”, and @I’m ‘n Luv (Wit a Stripper)”. T-Pain has been nominated for 12 Grammys and won twice.

He’s also appeared on over fifty hit singles, the most successful of which is Flo Rida’s “Low”. 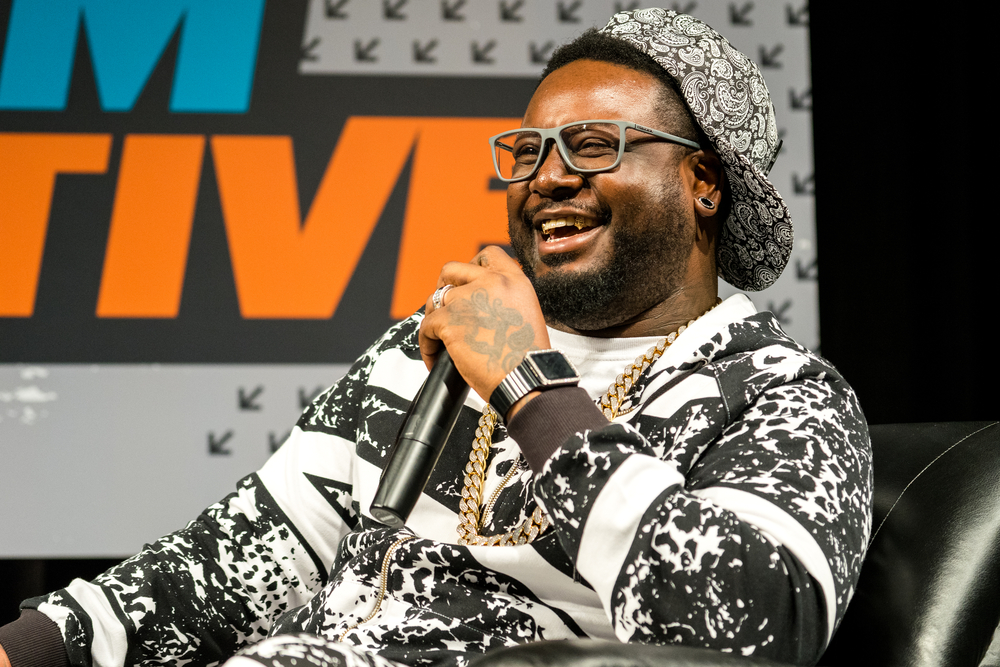 In 2004, T-Pain became a member of a rap group called Nappy Headz and together they recorded a cover of the Akon song “Locked Up” called “I’m F*cked Up”. Akon was so impressed with that he offered them a record deal as well as mentorship.

T-Pain from there transitioned to traditional singing on his first album, which he called Rappa Ternt Sanga and which dropped in December of 2005. The album reached the 33rd slot on Billboard Magazine’s 200 chart. The RIAA eventually certified it a Gold selling album.

The album’s first single “I’m Sprung” was also a big hit, and got to the 8th slot in the Hot 100 and the 9th in Hot R&B Hip Hop. The second single, called “I’m in Luv (Wit a Stripper)” reached the 5th and 10th slots of those two charts, respectively. The third song, “Studio Luv”, didn’t chart at all.

T-Pain released his second album, Epiphany, in mid-2007. It hit the top spot on Billboard’s 200 in its very first week. Meanwhile, its first single, “Buy U a Drank (Shawty Snappin’)” hit the top spot on Hot 100 and Hot R&B Hip Hop, his first chart-topping single. The second, “Bartender” hit the 5th and 9th slots respectively.

The third single, “Church”, as with his previous third single, didn’t chart. He did however appear on a number of other artists’ songs such as R. Kelly’s “I’m a Flirt” remix, Bow Wow’s “Outta My System”, DJ Khalid’s “I’m So Hood”, Kanye West’s “Good Life”, Flo Rida’s “Low”, and Chris Brown’s “Kiss Kiss”.

By the end of 2008, T-Pain had released his next album, which was called Three Ringz, and he released under his own label, Nappy Boy Entertainment. It hit the 4th spot on Billboard’s 200. It was preceded by a mixtape called “Pr33 Ringz”.

He also formed a duo with Lil Wayne called T-Wayne, and put out a mixtape by the end of the year. T-Pain also did a collaboration with Taylor Swift called “Thug Story”, which satirized Taylor Swift’s famous song “Love Story”.

In 2009, he released an iPhone app with the name “I Am T-Pain” that allowed people to auto tune their own voices to sound like T-Pain music. He also put out a single called “Take Your Shirt Off”, which didn’t chart nearly as well as he’d hoped. He followed that up with “Reverse Cowgirl” in early 2010. It did better though not amazingly.

Soon afterwards, T-Pain appeared on the remake of “We Are the World”, which hit the second slot in Billboard’s Hot 100. March of that year saw him developing and starring in an animated musical for the Adult Swim block on Cartoon Network called Freaknik: The Musical.

From there on he appeared on more singles such as DJ Khaled’s “All I Do Is Win”, Wisin & Yandel’s “Imaginate” and “No Dejemos Que Se Apague”, Bun B’s “Trillionaire”, Pitbull’s “Hey Baby (Drop It to the Floor)”, Wiz Khalifa’s “Black & Yellow”, as well as “Loving You No More”, and Nelly’s “Move That Body”.

In 2011, T-Pain was also on DJ Khaled’s “Welcome to My Hood”, DJ Benny Benassi’s “Electroman”, JRandall’s “Can’t Sleep”, and on albums like Take Care by Drake, Tha Carter IV by Lil Wayne, and All 6s and 7s by Tech N9ne.

T-Pain also released a T-Pain microphone toy that people could use to auto tune their voices. By the end of the year, he finally put out his fourth album, RevolveЯ.

In 2013, T-Pain dropped a greatest hits album called T-Pain Presents Happy Hour. In anticipation of a new album, he then dropped singles such as “Coming Home”, “Make That Sh*t Work”, and “Dan Bilzerian” with Lil Yachty. He also was a writer on Bruno Mars’ “Straight Up & Down” from his 24K Magic album.

T-Pain then finally reunited and put out their eponymous album. In 2017, T-Pain rapped with Italian rap artists Fedez and J-Ax on “Senza pagare”. Finally, T-Pain’s fifth album came out. It was called Oblivion.

In 2018, he began hosting T-Pain’s School of Business, a Fuse network documentary show that has T-Pain travelling across the country of the US in order to meet with entrepreneurs.

In February 2019, T-Pain competed in the reality television music show The Masked Singer and was revealed to be the eponymous masked singer of the title. That same day, he surprised dropped an album called 1UP.

T-Pain has also done some other acting. He appeared as Frylock in a live action installment of the Adult Swim cartoon show Aqua Teen Hunger Force before creating and starring in the aforementioned Freaknik: The Musical. He also played a liquor store attendant in Lottery Ticket.

He then did an episode of the popular show Epic Rap Battles of History, playing legendary singer Stevie Wonder. T-Pain’s greatest impact on music overall is how he made auto tune not for pitch correction but to deliberately create a robotic effect in a singer’s voice popular in rap music.

He was partially inspired by Cher’s revolutionary use of it in her 1998 massive single “Believe” as well as Darkchild’s remix of JLo’s “If You Had My Love”. After using it liberally across his early albums, other hip hop and rap stars started using it, such as Snoop Dogg, Lil Wayne, Kanye West, the Black Eyed Peas, and P Diddy.

Jay-Z in 2009 actually responded to its proliferation in his song “D.O.A. (Death of Auto-Tune)”. He later clarified however that he hadn’t intended it as an attack on T-Pain himself, whose music he liked, but on how many people since then had jumped on the bandwagon and overdone the effect till it was no longer unique.

T-Pain himself admitted to loving Jay-Z’s song but also felt that a lot of the backlash from other people was more personal. To him auto tune was just a crucial part of his personal musical and artistic style and it was one he wasn’t going to give up just because it had gotten popular and been picked up by many other people. 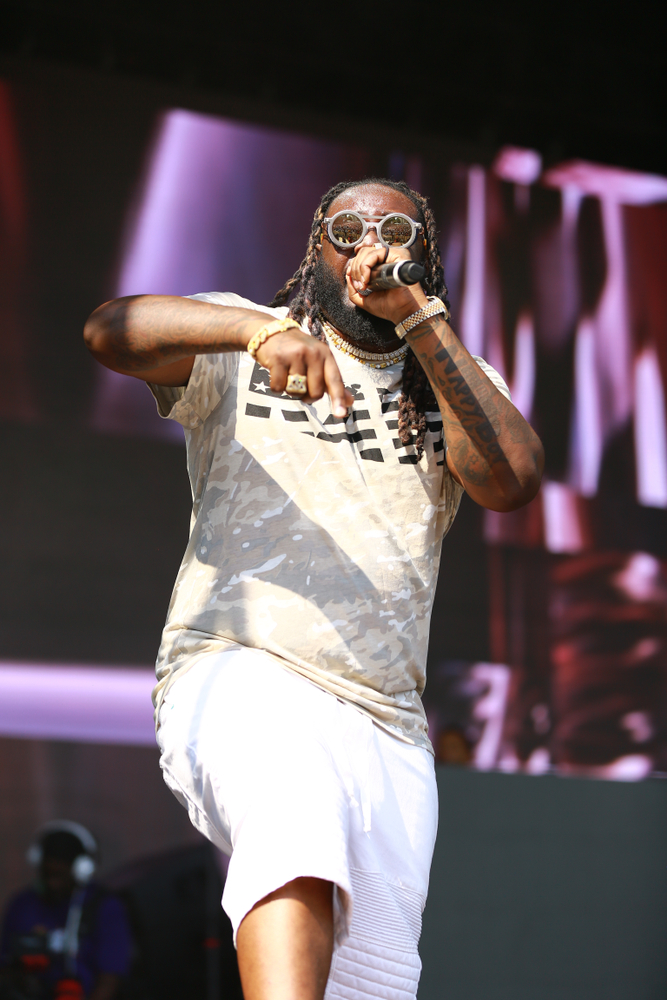 T-Pain was born as Faheem Rasheed Najm on the thirtieth of September in the year 1984 in Tallahassee, Florida, United States of America. His parents were Shasheem Najm, who found a program called Homeboyz to Men, and Aliyah Najm, who worked as a chef.

“T-Pain” stands for “Tallahassee Pain” and refers to all of the extreme hardships he faced as a kid growing up in that area. T-Pain’s family was Muslim but he himself is no longer interested in religion.

He first became interested in music at the tender age of 3, when Ben Tankard, a gospel jazz singer and producer who was a family friend, let him spend time with him in his studio.

By the time he was 10, T-Pain had transformed his childhood bedroom into his own music studio, with keyboard, beat machine, and 4-track recorder.

T-Pain got married to a woman named Amber Najm in 2003, and they’ve been together ever since. They have three children: a daughter named Lyriq and two sons called Kaydnz Kodah and Muziq.

In late March of the year 2009, T-Pain was supposed to be performing on Lil Kim’s “Download” music video but ended up getting into an accident with a golf. The result was him losing four teeth and requiring immediate dental work, in addition to a lot of bruises and cuts. Only two days afterwards, however, he was back to performing.

T-Pain is a regular video gamer and to this day often streams his games on the Twitch service. T-Pain is known for having a great deal of tattoos, a lot of which famously refer to various viral memes from the internet.

T-Pain has accounts on all of the major social media platforms which helps him maintain his active fan base and indirectly helps maintain and improve T-Pain net worth as well.

T-Pain uses his Facebook account to help himself connect with his fans, which in turns boosts T-Pain net worth.

T-Pain has an official public verified Twitter account. T-Pain’s Twitter account handle is @TPAIN, however due to the fact that Twitter’s search function is not case sensitive, it can also be accessed by entering the name in all lower case as well.

On this popular social media platform, T-Pain currently has nearly one and a half million followers. T-Pain is himself following nearly twenty five hundred accounts in return as of the present time.

T-Pain uses his Twitter account to help himself connect with his fans, which in turns boosts T-Pain net worth.

T-Pain is himself following one hundred and seventy three accounts in return as of the present time. T-Pain uses his Twitter account to help himself connect with his fans, which in turns helps T-Pain net worth.

T-Pain doesn’t have a professional LinkedIn business account as of the present time. Should this situation ever change and T-Pain choose to sign up for one at any point in the future, we will be sure to update this page with that information.

Our goal is to keep our readers informed of all of the latest news about T-Pain net worth, life, and career.

T-Pain is himself following nearly twenty hundred and forty accounts in return as of the present time.  T-Pain uses his TikTok account to connect with his fans, which in turns boosts T-Pain net worth.