Lil Yachty Net Worth – How Rich Is The Rapper Now?

Who is Lil Yachty? 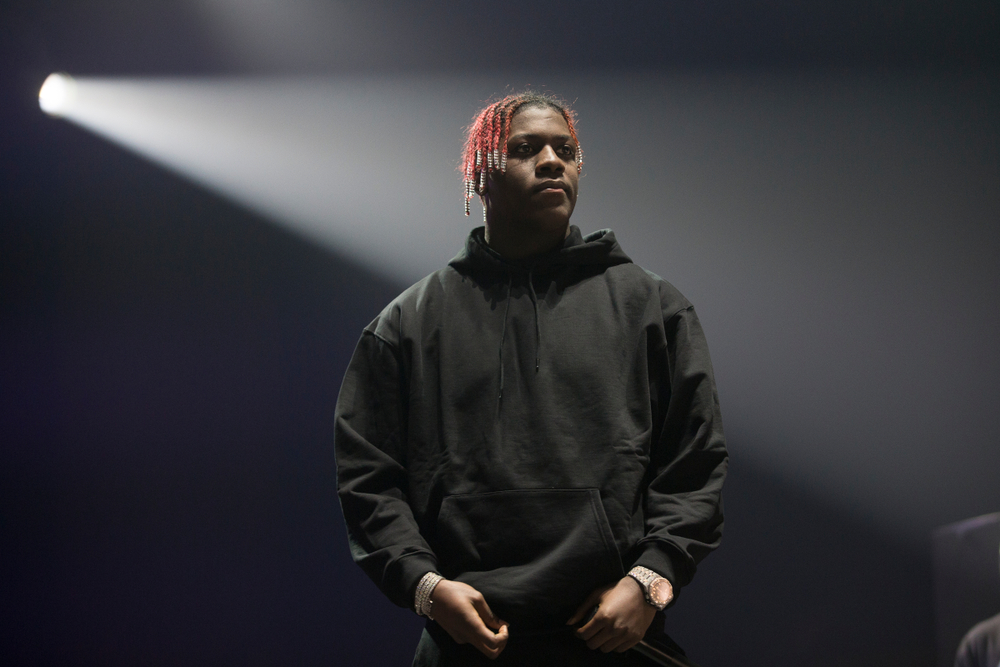 Lil Yachty is a rap star, rap singer, and song writer whose real name is Miles Parks McCollum. Lil Yachty first became famous online thanks to his songs “Minnesota” (which featured Young Thug, Skippa Da Fllippa, and Quavo) and “One Night”, which he dropped as singles in 2015.

They appeared on his short album called Summer Songs.

By the next year, Lil Yachty had put out a mixtape called Lil Boat, which led to a record deal that saw him signing jointly with Quality Control Music, Capitol Records, and the iconic Motown. Lil Yachty currently has four full-length albums out: Teenage Emotions (2017), Lil Boat 2 (2018), Nuthin’ 2 Prove (2018), and Lil Boat 3 (2020).

All of Lil Yachty’s albums reached Billboard Magazine’s 200’s top twenty. Lil Yachty has also put out multiple EPs and mixtapes, and appeared on DRAM’s “Broccoli” (which got him a Grammy nom) and Kyle’s “ISpy”. Lil Yachty is also particularly known for his unusual, playful hair style. 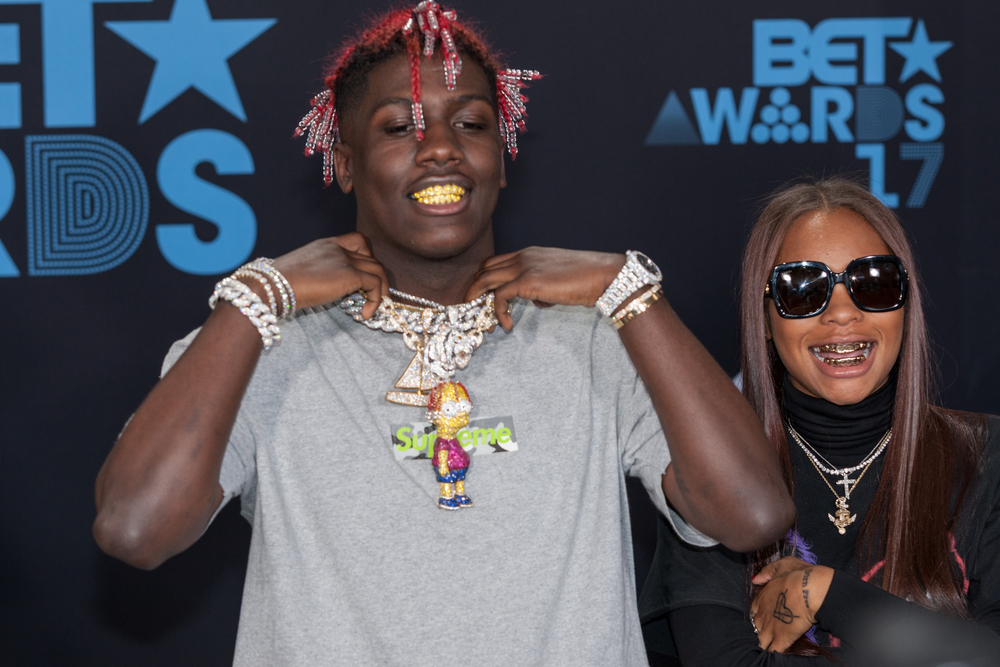 Lil Yachty’s road to fame really began near the end of 2015, when his single “One Night” made its way into a comedy video that just so happened to go viral, inspiring people to seek out the song. It became a hit.

By February of the next year, Lil Yachty was featured in a fashion line by Kanye West, working as a model. The show was Kanye’s Yeezy Season 3, which debuted at New York City’s world famous Madison Square Garden.

The very next month, Lil Yachty’s Lil Boat mixtape dropped to excellent success, which was a huge early help to Lil Yachty net worth.

Lil Yachty’s great luck and success all in a streak continued the very next month after that, when he appeared on DRAM’s single “Broccoli”, which became a big hit, reaching the fifth spot on Billboard’s Hot 100. And then the month after that, Lil Yachty appeared on a mixtape by Chance the Rapper called Coloring Book.

All of these great boosts to Lil Yachty net worth culminated in Lil Yachty announcing a record deal that he’d signed jointly with the world famous and iconic Motown Records, the also world famous Capitol Records, and Quality Control Music.

Lil Yachty instantly followed that up with Summer Songs 2, his next mixtape. The album included appearances by Sailing Team, Offset, and G Herbo

As a result of all of this success, Lil Yachty net worth grew. Lil Yachty was then featured in XXL Magazine’s coveted Freshman Class list in that year of 2016. This included Yachty performing a freshman cypher with Kodak Black, 21 Savage, Lil Uzi Vert, and Denzel Curry.

The cypher eventually got more than one hundred and eighty million views on You Tube, making it XXL’s channels most popular video of all time by far.

At the end of that same extremely eventful year for Lil Yachty, Lil Yachty appeared on Kyle’s song “iSpy”, as well as “From the D to the A”, a single released by Tee Grizzley not long into the next year, 2017.

By may of that year, Lil Yachty dropped his first full length studio album. It was called Teenage Emotions, and some of the other rap and hip hop stars who appeared on it are YG, Diplo, Migos, and many more.

The third single was called “X Men” and came out on the eighteenth of May in the year 2017. Tillie and 30 Roc produced it, and the rap singer Evander Grimm appeared on it. Lil Yachty also made his own appearance on Creek Boyz’ “With My Team” remix, which dropped on the fifteenth of December of the year 2017.

Another big help to Lil Yachty net worth was him appearing in various prestigious Pomo campaigns. This included Lil Yachty starring with basketball player LeBron James in a commercial for the popular soda company Sprite. In this commercial, Lil Yachty plays a piano inside a cave made of ice.

Lil Yachty was also selected as the face for a collection by Urban Outfitters and Nautica in Spring of 2017. Lil Yachty also did a Target ad campaign, appearing alongside Canadian pop star Carly Rae Jepson in a music vide of “It Takes Two”.

Lil Boat 2 unfortunately didn’t receive great reviews overall but despite that it sold very well. In its first week, it started off at second place on Billboard’s 200 in the United States, selling sixty four thousand albums.

Only six months later, Lil Yachty’s next full length album came out. It was called Nuthin’ 2 Prove and, like the last album, also only got mixed reviews. It started off in the twelfth spot of Billboard Magazine’s 2000.

Later on that year, Lil Yachty made an appearance on “Magic in the Hamptons”, a hit single by Social House, as well as “Gucci Flip Flops” by Bhad Bhabie. In a surprising team up, Lil Yachty also collaborated with Donny Osmond on a Chef Boyardee jingle called “Start the Par-Dee”.

2019 was fairly quiet for Lil Yachty but he kicked off 2020 with A-Team, a mixtape collaboration with Zaytoven, Lil Gotit, and Lil Keed. Not long after, Lil Yachty dropped a song called “Oprah’s Bank Account” with DaBaby and Drake. In its accompanying music video, Lil Yachty got in drag dressed up as Oprah Winfrey herself.

“Oprah’s Bank Acccount” also became one of the tracks on Lil Yachty’s next album, Lil Boat 3, which came out in May of 2020, debuting in the fourteenth spot on the Billboard 200 in the United States. Only a few months later, Lil Yachty also released a deluxe edition called Lil Boat 3.5.

In early 2021, Lil Yachty dropped yet another mixtape. This one was called Michigan Boat Boy and used more of a Detroit rap sound versus his general pop rap and trap.

Lil Yachty managed to maintain a big following throughout the pandemic thanks to his popular TikTok videos. Lil Yachty is also the one to perform the Saved by the Bell theme song for the 2020 reboot show.

Because Lil Yachty’s musical style is a mix of bubblegum pop rap music and trap, he refers to his music as “bubblegum trap”, a portmanteau of the two. Lil Yachty infuses his music with pop culture references, to things such as cartoons and video games.

To that end, Lil Yachty samples things such as Super Mario Bros, the Rugrats theme song, Charlie Brown, Nintendo GameCube’s start up sound, and more. Lil Yachty’s songs are full of references to things such as Nintendo and the Pixar films, in addition to cotton candy and clouds, thus bubblegum.

Lil Yachty was born on the twenty third of August in the year 1997 under the name Miles Parks McCollum. Lil Yachty’s place of birth was Mableton in Georgia, United States of America.

In the autumn of 2015, Lil Yachty enrolled in Alabama State University but didn’t last there long. Lil Yachty abandoned his studies, instead choosing to focus on a career in music.

Gradually, Lil Yachty built his large following on Instagram this way, while supplementing his income by working as a server at the fast food chain McDonalds. 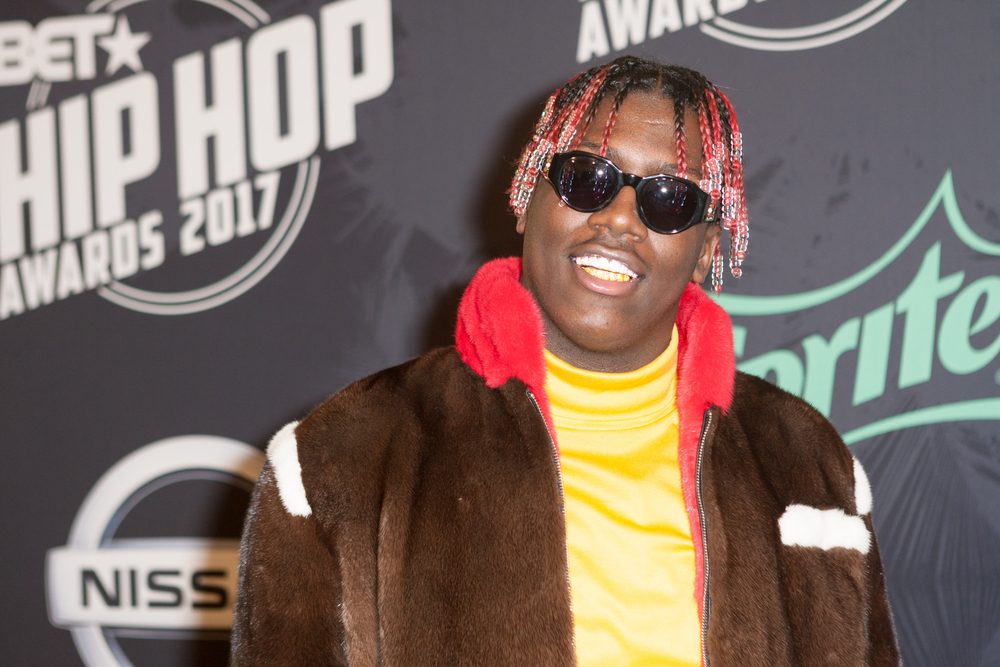 Still being rather young, Lil Yachty is not married. Lil Yachty is however father to a little girl. Neither her name nor the identity of her mother is currently a matter available in the public record.

In September of the year 2015, Lil Yachty was arrested with a friend in Palm Beach, Florida, United States of America, under suspicion of credit card fraud. Lil Yachty got out soon after due to paying bail amounting to eleven thousand dollars. Afterwards, the incident was fully removed from his record.

Lil Yachty supported Bernie Sanders during the presidential elections in 2016, praising him for all he did for the Black community during the civil rights movement of the 1960s.

Lil Yachty has a vast social media presence. It is, in fact, how Lil Yachty initially managed to build his fame and his huge fan base, and it continues to be a huge source of fandom and income for Lil Yachty.

Lil Yachty uses his official public verified Facebook account to post photos and videos of himself, to plugs his upcoming albums, music, singles, music videos, live concert appearances, interviews, articles, and more. All of this helps Lil Yachty connect with his fans as well as to enhance Lil Yachty net worth.

Lil Yachty uses his official public verified Twitter account to post his thoughts and observations, as well as plugs his upcoming albums, music, singles, music videos, live concert appearances, interviews, articles, and more. All of this helps Lil Yachty connect with his fans and build Lil Yachty net worth.

Lil Yachty uses his official public verified Instagram account to post photos and videos of himself, to plugs his upcoming albums, music, singles, music videos, live concert appearances, interviews, articles, and more. All of this helps Lil Yachty connect with his fans as well as to enhance Lil Yachty net worth.

Lil Yachty does not have an official verified LinkedIn account as of now. Should the situation ever changed and Lil Yachty sign up for a professional LinkedIn in the future, we will be sure to update the page with that information. Our goal is to keep our readers informed of news on Lil Yachty net worth, life, and career.

Lil Yachty is himself following seventy four accounts currently. Lil Yachty uses his TikTok to post fun videos of himself in order to interact with his fans and build his following, which helps Lil Yachty net worth.