David Foster Net Worth – How Rich Is The Music Star?

Who is David Foster? 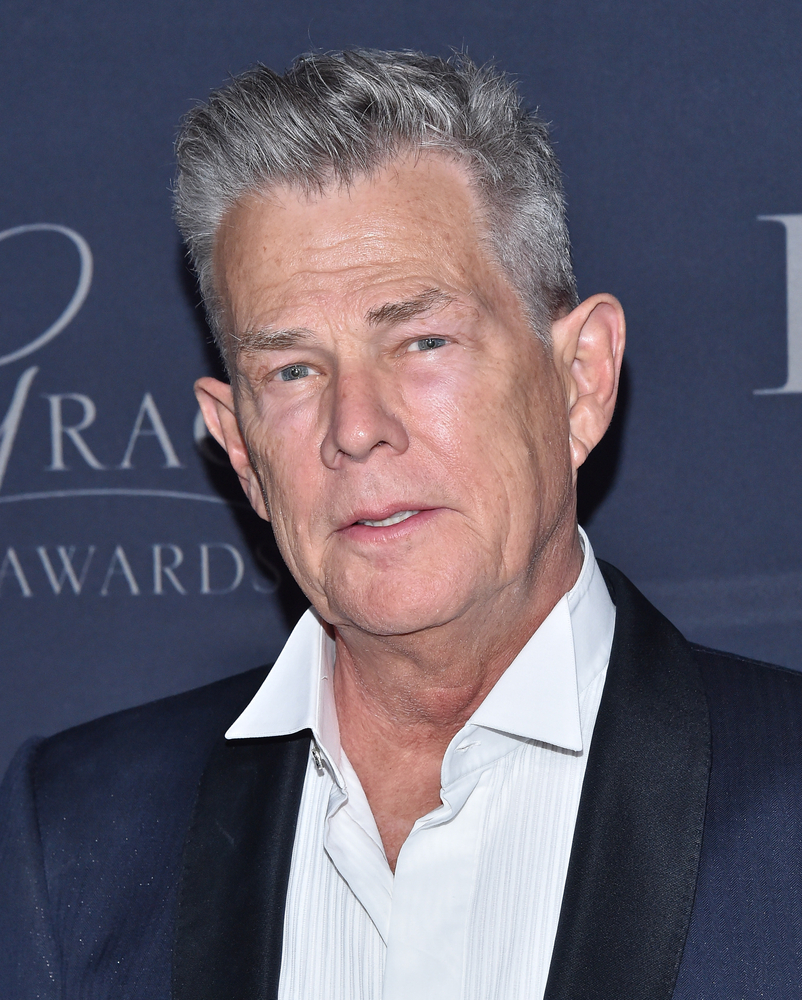 David Foster (full name: David Walter Foster) is a musician, songwriter, composer, music executive, producer, and arranger. Between the years 2012 and 2016, David Foster was the chair of the Canadian record company Verve Records. Over the years, David Foster has been nominated for 47 Grammys and won 16.

Earlier in his career in the 70s, David Foster was the pop musical group Skylark’s keyboardist. He has been in the industry now for over 5 decades. 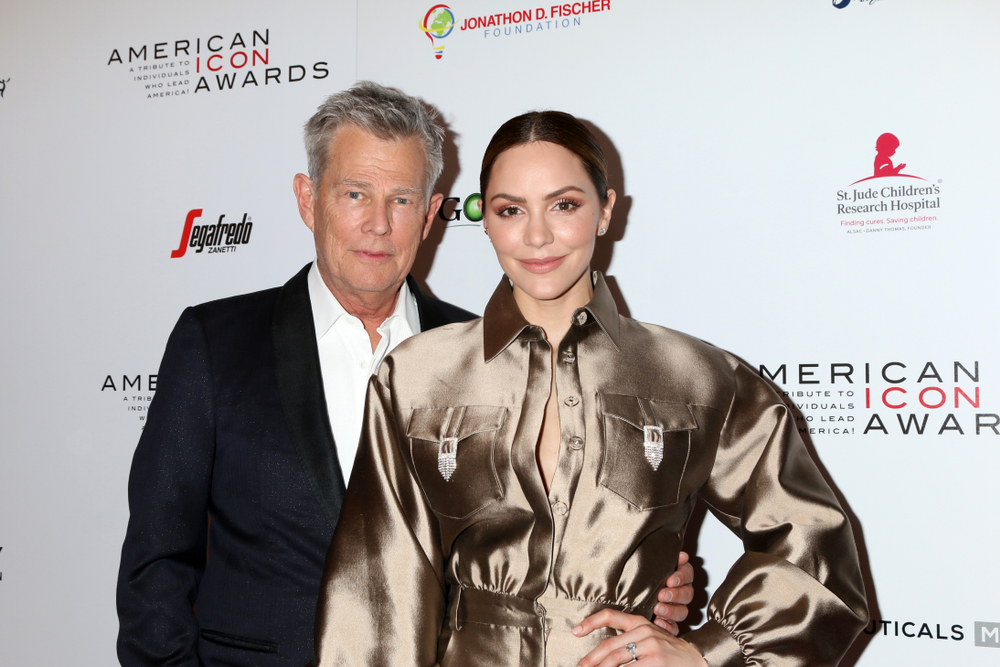 As a young man, David Foster played keyboard for Skylark, a pop group. In 1973, they had a song that became a top 10 hit called “Wildflower”. The group broke up not long after and David Foster formed a new group, Airplay, with Jay Graydon. He played keyboard on George Harrison’s Extra Texture in 1975.

In 1976, he played the clavinet and Fender Rhodes on George Harrison’s Thirty Three & 1/3. That year, he also played on Guthrie Thomas’s Lies and Alibis, along with another Beatle, Ringo Starr.

In 1979, he both played, music arranged, and wrote songs for Earth, Wind, and Fire’s I Am. The most famous of his songs on this album was “After the Love Has Gone”. In 1980, it won the Grammy for the best R&B song.

Throughout the 80s, David Foster worked with lots of different groups and musicians. He produced for The Tubes’ 1981 album, The Completion Backward Principle, and their 1983 album, Outside Inside.

He co-wrote “Talk to Ya Later” with Toto’s Steve Lukather and the Tubes’ Fee Waybill. He wrote “Don’t Want to Wait Anymore” and “She’s a Beauty”, both huge hits.

He co-wrote and played keyboard for Boz Scaggs’ Middle Man in 1980. Songs included “Look What You’ve Done to Me” for the classic movie Urban Cowboy, “Simone”, “Jojo”, and “Breakdown Dead Ahead”.

In the early and mid-80s, David Foster contributed hugely to the band Chicago. He produced their albums Chicago 16, Chicago 17, and Chicago 18. He co-wrote “You’re the Inspiration”, “Stay the Night”, “Love Me Tomorrow”, and “Hard to Say I’m Sorry” with Peter Cetera.

In 1985, David Foster wrote the hit movie St Elmo’s Fire’s score. His “Love Theme from St Elmo’s Fire” became a pop hit despite being instrumental. Another song on the soundtrack, “St Elmo’s Fire (Man in Motion) got to the #1 spot on Billboard Magazine’s Hot 100.

That same year, David Foster produced and co-wrote “Tears Are Not Enough”, a single full of Canadian musical stars such as Bryan Adams, Neil Young, and Bryan Adams a la “We Are the World” and “Do They Know It’s Christmas?”

In 1992, David Foster co-wrote “I Have Nothing” for Whitney Houston on the soundtrack to her hit film The Bodyguard with his then-wife, Linda Thompson.

In 1995, David Foster signed with Warner Brothers and set up 143 Records, his own label. His label signed on The Corrs, a folk-rock band from Ireland. He produced the first album they put out.

In 1996, David Foster and Kenneth Babyface Edmonds wrote the 1996 Summer Olympics’ official theme song, “The Power of the Dream”.

In 1997, David Foster decided to sell 143 Records back to Warner. He also became a Warner Bros senior VP.

David Foster produced Diane Warren’s hit songs “Have You Ever”, performed by Brandy, “Because You Loved Me”, performed by Celine Dion, and “Unbreak My Heart”, performed
by Toni Braxton.

Also that year, David Foster and Amy Foster-Gilles co-wrote “I’ll Make It Up as I Go” for the 2001 Marlon Brando and Robert De Niro-starring The Score. Diana Krall sang it.

Around that time, he also made on appearance on the WB reality show Popstars, which spawned a girl group called Eden’s Crush with Nicole Scherzinger. David Foster collaborated with Linda Thompson on writing several of their songs.

In 2003, David Foster won an Emmy for his work for The Concert for World Children’s Day. It was a song called “I Will Be There With You” which was sung by American Idol finalist Katharine McPhee, who would later become his wife.

In 2005, Beyoncé collaborated with David Foster and Amy Goster-Gillies on “Stand Up for Love”.

That same year, he and his wife Linda Thompson appeared in the reality show The Princes of Malibu. The concept was him and Thompson trying to teach their spoiled kids (his stepkids) Brody and Brandon Jenner how to be responsible.

In 2006, David Foster was an American Idol guest mentor. That same year, he guest judged on Nashville Star, Celebrity Duets, and Star Tomorrow. That same year, he vocally coached Star Jones on The View. He also musical directed The Concert for American Kids run by JCPenney.

He also made an appearance on Andrea Bocelli’s Under the Desert Sky. He also appeared the next year in Vivere Live in Tuscany, another live album by Bocelli. It was recorded in Lajatico, Tuscany.

Other Christmas albums he produced were Dolly Parton and Kenny Rogers’ Once Upon a Christmas, These Are Special Times by Celine Dion, Noël by Josh Groban, My Christmas by Andrea Bocelli, Christmas by Michael Bublé, Merry Christmas Baby by Rod Stewart, and ‘Tis the Season by Jordan Smith.

That same year, he produced Andrea Bocelli’s Passione. In 2014, he produced Tracks of My Years with Bryan Adams.

David Walter Foster was born on the first day of November in the year 1949 in Victoria, British Columbia, Canada. His dad, Maurice Foster, worked in his office, and his mom, Eleanor May Vantreight Foster was a housewife.

When David Foster was thirteen years old in 1963, he joined the music program at University of Washington. In 1965, David Foster auditioned to lead a band in Tommy Banks’ nightclub in Edmonton, Canada.

Banks, a jazz musician, became Foster’s mentor. He taught him jazz, how to get ahead in the music business, and how to produce albums. A year after starting to play at his club, David Foster moved to Toronto, Ontario, Canada, to play with noted rock n’ roll musician Ronnie Hawkins.

In 1966, David Foster was hired to play for legendary rock musician Chuck Berry’s band. In 1974, David Foster moved to L.A., California, with Skylark, his pop band. 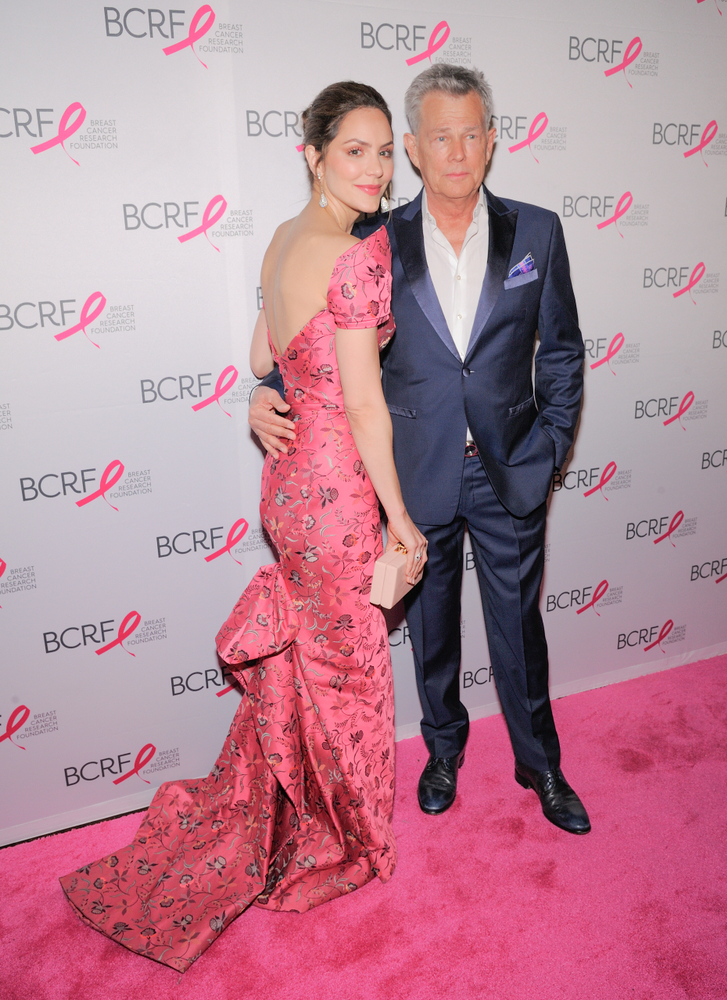 Over the years, David Foster has had 5 marriages. As a result, he has 6 children (5 daughters, 1 son) and 7 grandkids. David Foster was only twenty when his first kid was born. Her name is Allison Jones Foster. Being young and not having her mother in his life, David Foster put her up for adoption. They found each other again later.

David Foster married Linda Thompson in 1991. They were together until 2005, and in that time became a songwriting team. They wrote a song for Whitney Houston in the hit film The Bodyguard called “I Have Nothing”.

While married to her, David Foster was Brody and Brandon Jenner’s stepdad (they were the sons she had in her previous relationship with Caitlyn Jenner). Brody and Brandon starred in a 2005 reality series called The Princes of Malibu that David and Linda appeared in.

In 2011, David Foster married Yolanda Hadid, a model from Holland. She had three kids: Gigi, Bella, and Anwar, who became his stepkids. They divorced in 2017.

In 2018, David Foster married Katherine McPhee, the runner-up on season 5 of American Idol. They had a son called Rennie David in 2021.

David Foster has accounts on most of the major social media platforms. He uses his various accounts to connect with his fans which in turn helps add to David Foster net worth.

On Facebook, David Foster posts news and information about his latest career updates, projects, music, and more. He also posts current as well as old photos of himself, clips from his career, and so on and so forth. Facebook is a way that David Foster connects with fans, which also helps David Foster net worth.

On Twitter, David Foster posts his thoughts and observations, career updates about his newest projects, music, and more. David Foster uses Twitter to connect with fans, which also contributes to David Foster net worth.

On Instagram, David Foster posts photos and videos of himself, both recent and from various other times of his long career. David Foster connects with his fans through Instagram, which helps boost David Foster net worth as well.

David Foster does not have a professional LinkedIn account. This is perhaps not surprising as people at David Foster’s level of industry success and wealth don’t generally require the sort of networking that this service provides.

With that said, should the situation ever change and David Foster decide to sign up for one, we will be sure to update this page with that information. After all, our goal is to keep our readers informed of all of the latest news about David Foster net worth, career, and life.

David Foster does not currently have an official public verified TikTok account. Should the situation ever change and David Foster decide to sign up for one, we will be sure to update this page with that information. After all, our goal is to keep our readers informed of all of the latest news about David Foster net worth, career, and life.