John Travolta Net Worth – How Rich Is The Famous Hollywood Star?

Who is John Travolta? 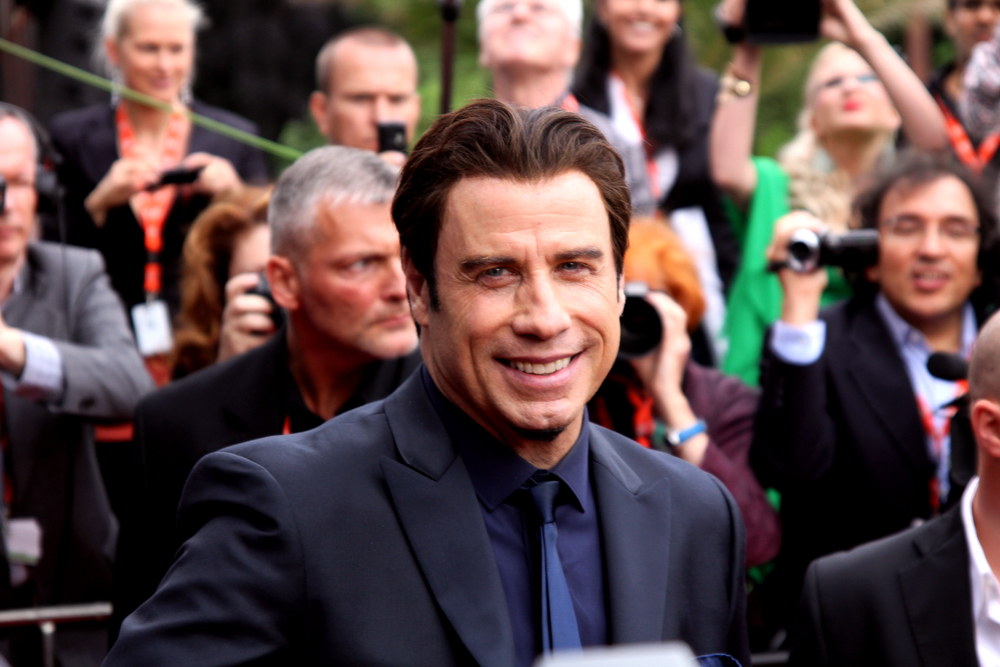 John Travolta (whose middle name is Joseph) is an actor and singer who first became famous thanks to his role on the 1970s situation comedy Welcome Back, Kotter.

His fame on the big screen was then cemented thanks to his role in Carrie, closely followed by Saturday Night Fever, Grease, and Urban Cowboy, roles which made him a genuine international cultural icon.

After a 1980s career decline, he experienced a 1990s Renaissance thanks to films such as Quentin Tarantino’s Pulp Fiction, Get Shorty, Broken Arrow, Phenomenon, Face/Off, A Civil Action, and Primary Colors, and to a lesser degree in Hairspray and Disney’s animated film Bolt.

John Travolta garnered Oscar nominations for Best Actor for Pulp Fiction and Saturday Night Fever. He also got 6 Golden Globe nominations, one of which he won for Get Shorty. He also got a producing Emmy in 2016 for American Crime Story: The People vs. O J Simpson, as well as an Emmy nom for playing Robert Shapiro. 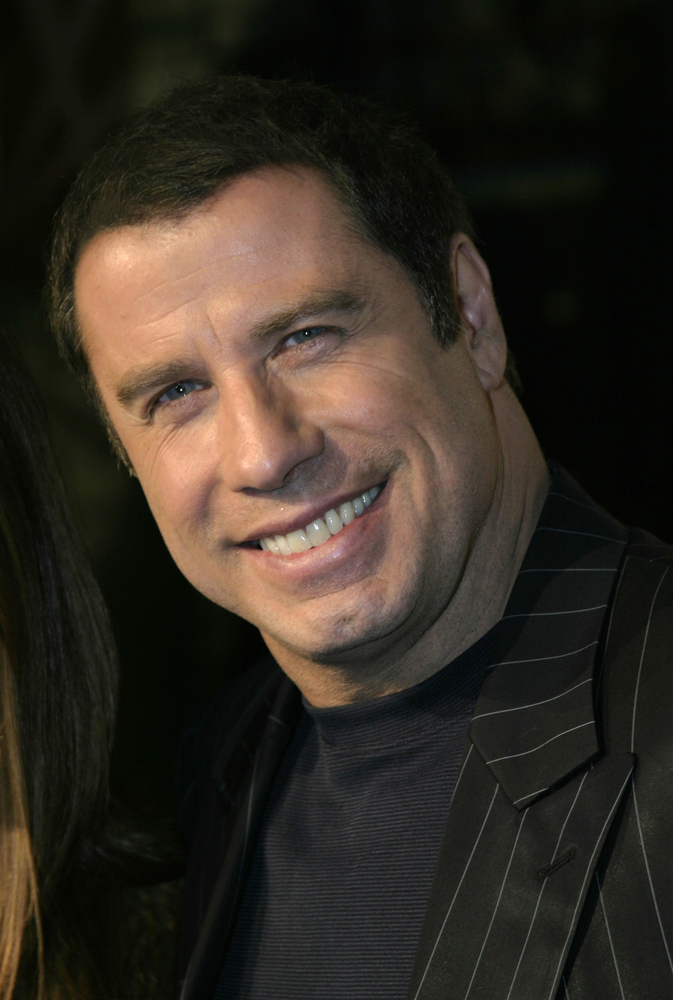 After John Travolta dropped out of high school, he moved to Manhattan, New York City, United States of America, and shortly afterwards was cast in a small part in the hit Broadway musical Grease’s touring company—a musical that would have a much larger impact on his life later!

He then got an actual Broadway role in a musical called Over Here!, in which he sang “Dream Drummin’”, a song by legendary Disney composers the Sherman Brothers. Not long after this, John Travolta moved to Los Angeles, California, United States of America, to pursue a career as a screen actor.

In September of the year 1972, John Travolta got a small role as a victim in the second episode of the second season of the hospital drama Emergency!

John Travolta’s first major big screen role, however, was when he was cast in the classic horror film Carrie, based on the Stephen King novel. He played a bully called Billy Nolan who plays a prank on the eponymous character, legendarily played by Sissy Spacek, which leads to dire consequences for all involved in hurting her.

Shortly afterwards, John Travolta was cast in his first iconic role, the part of teenager Vinnie Barbarino in the ABC Network sitcom Welcome Back, Kotter. Ellen, one of his older sisters, also had a recurring role on the series as the mother one of the other characters, Arnold Horshack.

In 1976, John Travolta charted on Billboard Magazine’s Hot 100 for a hit song called “Let Her In”. This kicked off a string of late 70s successes. He starred in the famous made-for-TV film The Boy in the Plastic Bubble, and in 1977 and 1978 respectively starred in Saturday Night Fever as Tony Manero and in Grease as Danny Zuko.

Not only do these films mark one of the high points of his career but in film history, earning John Travolta a spot in the pantheon of American pop culture iconography, and making him an international name.

John Travolta was nominated for a Best Actor Oscar for Saturday Night Fever. He was twenty four and, to this day, one of the youngest actors to ever receive this honor.

John Travolta’s family continued to take small roles in his big projects. His mom and other older sister Ann both had small roles in Saturday Night Fever, and Ellen Travolta had a small part as a waitress in Grease.

After these hits, John Travolta hit a big of a snag co starring with Lily Tomlin in the 1978 film Moment by Moment, which flopped, but in 1980, he starred in Urban Cowboy with Debra Winger, another hugely iconic role for him.

The 1980s weren’t a great decade for John Travolta’s career. Despite getting great reviews for his appearance in 1981’s Blow Out, directed by Brian de Palma, it didn’t do well at the box office, possibly due to having a tragic conclusion.

That set off a string of films that didn’t do well either commercially or critically. He reunited with his Grease co star Olivia Newton John in Two of a Kind in 1983 and with Jamie Lee Curtis in Perfect in 1985. They both did poorly.

He appeared in Staying Alive, a sequel to Saturday Night Fever that actually did do well but got horrendous reviews. At the same time, he turned down a number of roles that went on to be huge hits for the actors who made them, including American Gigolo, An Officer and a Gentleman, and Splash.

What he couldn’t have predicted is the smash hit that came next: Quentin Tarantino’s now classic film, Pulp Fiction, in which he played a hitman, Vincent Vega, alongside Samuel L. Jackson. This nabbed him an Oscar nomination and essentially re-welcomed him into the height of Hollywood royalty. He was an A-lister again.

Some of John Travolta’s most notable roles from the decade include his lead parts in Get Shorty, White Man’s Burden, Michael, Phenomenon, Broken Arrow, Face/Off, A Civil Action, Primary Colors, and The General’s Daughter. Suddenly, John Travolta was everywhere again.

John Travolta’s downslide began in 2000 when he both starred in as well as helped produce what was considered a vanity project absolutely ravaged by critics: an adaptation of Scientology founder L Ron Hubbard’s sci fi novel, Battlefield Earth. The Razzies gave him two separate nominations for his performance as an evil alien.

John Travolta kept working throughout the ‘00s although had no success to match the heights of the previous decade. He starred in Swordfish, Ladder 49, Be Cool, Lonely Hearts, Wild Hogs, Disney’s Bolt, The Taking of Pelham 12, and Old Dogs.

The most significant role was his playing the drag role of the mom Edna Turnblad in the film version of John Waters’ stage musical Hairspray, which in turn was based on his earlier film of the same name.

At the Academy Awards in 2014, John Travolta became a viral internet meme and international punchline for accidentally introducing musical theatre legend Idina Mendel as the “wickedly talented Adele Dazeem” before she sang Let It Go from Frozen.

John Travolta was born in Englewood, New Jersey, United States of America, on the eighteenth of February in the year 1954. Englewood is a New York City adjacent suburb located in Bergen County. He had five older siblings: Joey, Sam, Ellen, Margaret, and Ann, all of whom became actors.

John Travolta was a Catholic growing up but eventually became a Scientologist in the mid-1970s. John Travolta went to high school at Dwight Morrow High but dropped out when he was only seventeen in the year 1971. 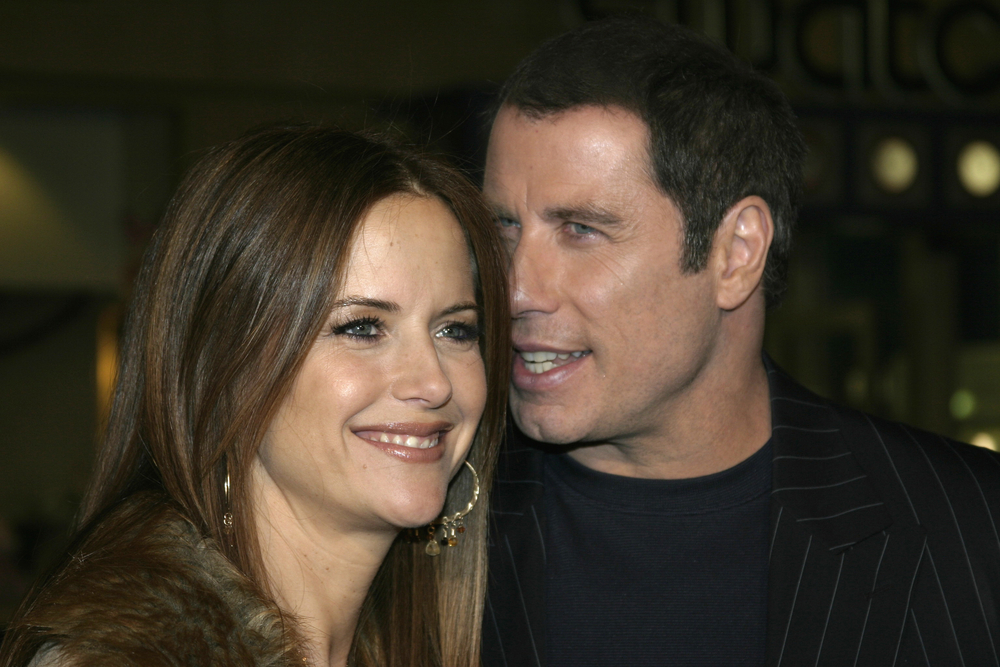 John Travolta was romantically involved with Diana Hyland, an actress who appeared with him when he starred in the film The Boy in the Plastic Bubble in 1976. Diana Hyland sadly died of breast cancer early the very next year.

Throughout the early 80s, John Travolta had relationships with Catherine Deneuve, the famous French actress, and Marilu Henner, famous for starring in the sitcom Taxi. John Travolta met another actress he was co starring with, Kelly Preston, on the set of a film called The Experts in 1988 and the were married 3 years later.

John Travolta and Kelly Preston had three kids: Jett, Ella Bleu, and Benjamin. Jett tragically passed away at the young age of sixteen while the family was vacationing in the Bahamas for Christmas, of a seizure. Jett was autistic and had seizures regularly, information John Travolta confirmed after he claimed to have been extorted.

John Travolta sued but eventually had to drop the charges due to a mistrial. John Travolta created and set up the Jett Travolta Foundation afterwards, a not for profit that is meant to help kids who have special needs. In 2020, Kelly Preston died of breast cancer when she was fifty seven years old.

John Travolta is one of Hollywood’s most famous Scientologists, having converted to the religion in 1975 after reading the religion’s founder, science fiction writer L Ron Hubbard’s, book Dianetics.

John Travolta is also a trained pilot and owns four planes himself. His house and compound in Florida is located at an airport, giving him his own runway with two attached buildings to house his planes.

John Travolta was accused of sexual assault as well as battery in 2012 by a male masseur. John Travolta and his lawyer adamantly denied the charges. They said that he could prove that he wasn’t in the state of California on the day he was accused of doing so and said that they would countersue.

Later on, another male masseur joined onto the lawsuit as well, having a similar story. The lawsuits, however, ended up being dropped.

John Travolta has numerous social media accounts which help contribute to John Travolta net worth, however he isn’t on frequently and Instagram is the only one he seems to update with any regularity.

John Travolta mainly uses his Facebook to post messages to his fans, as well as to post pictures of himself and his family, sometimes with corporate sponsorship, which naturally helps contribute to John Travolta net worth.

Should the situation ever change and John Travolta choose to sign up for a Twitter account, however, we will be sure to update this page with that information. After all, our goal is to keep our readers informed of all of the latest news about John Travolta net worth, career, and life.

John Travolta mainly uses his Instagram account to post post pictures and videos of himself and his family, which helps him connect with his fans, which in turn has a positive effect on John Travolta net worth.

John Travolta does not have a LinkedIn account, which is not surprising for an actor and celebrity at his level of worldwide fame and success, as the sort of business networking it provides isn’t always deemed necessary by people at that level.

With that said, should John Travolta ever change his mind and decide to sign up for a LinkedIn account, we will be sure to update the page with that information. Our goal is to keep our readers informed of all of the latest news about John Travolta net worth, career, and life.

On this popular social media platform, John Travolta has nearly one and a half million followers as of the present time, along with 3.3 million likes. John Travolta is currently following only 1 account in return.

John Travolta mainly uses his TikTok to post video messages to his fans, which also helps benefit John Travolta net worth in turn.