Elle Fanning Net Worth | How Much Does The Movie Start Make?

Elle Fanning net worth is as intriguing to fans as the actress’s career and family ties. The younger sister of another Hollywood heavyweight, Elle, has managed to step out of her sister’s shadow and establish her booming career.

The American actress launched to stardom when she appeared in “I Am Sam” to portray the childhood version of her sister Dakota Fanning’s character.  She went on to star in many other movies as a child star.

Some of these were “Babel,” “Phoebe in Wonderland,” and “Somewhere.” Needless to say, the older she got, the more films she landed and the more known she became. With growing fame, Elle Fanning’s net worth also grew.

Here’s everything you need to know about Elle Fanning and her net worth:

Who is Elle Fanning? 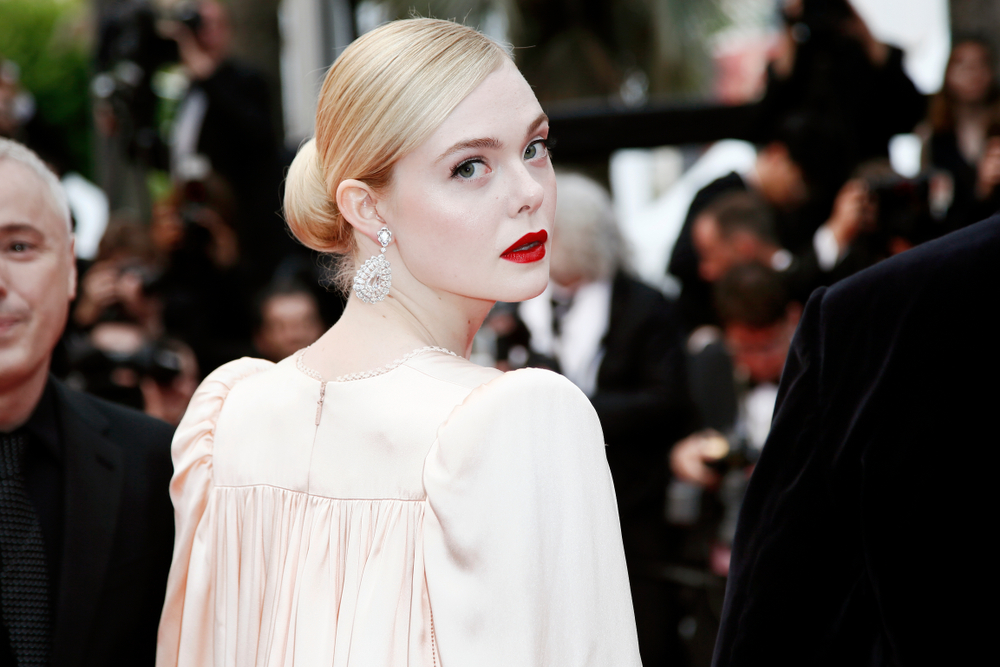 Mary Elle Fanning may be the younger sister of the stunning Dakota Fanning, but she stepped out of her sister’s shadow many moons ago. Starting out at just three years old, Elle has built a reputation as a formidable actress. The talented Marilyn Monroe and Beyonce fan is also a trained ballerina and currently still takes dance classes for hip-hop and jazz. Now, with a well-established career as an actress, model, and voiceover artist, the child star is a household name.

Elle Fanning was born on April 9, 1998, in Conyers, Georgia, USA. In an interview with Entertainment Weekly, she revealed that she was born during a tornado. Elle went on to say that the hospital went into a lockdown because of the circumstances, so her parents could not video her birth.

The second daughter of Heather Joy Arrington and Steven J. Fanning, Elle has German, Irish, English, French, and Channel Islander bloodlines. Her father once played minor league baseball and is now an electronics salesman, while her mom was a professional tennis player.

Her mom got he athletic nature from Elle’s maternal grandfather, Rick Arrington, who was an American football player. Sports appears to have been a family affair as Elle’s aunt is Jill Arrington, the ESPN reporter. However, it appears that the Fanning sisters would be starting their family fame pathway as both sisters became actresses. However, when asked about their childhood, Elle insists they’re “just normal sisters.” The pair went to school, played together like normal siblings, and grew up as Southern Baptists. 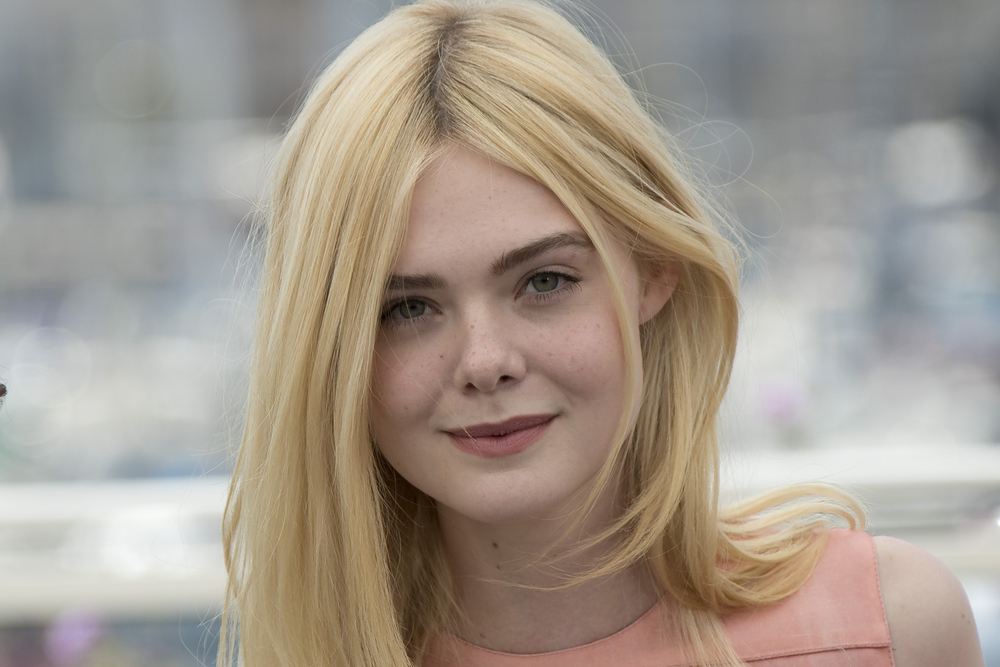 Actress Elle Fanning attends the ‘How To Talk To Girls At Parties’ photocall during the 70th annual Cannes Film Festival at on May 21, 2017 in Cannes, France. Editorial credit: BAKOUNINE / Shutterstock.com

Despite being super close to her sister, Elle also has many other famous friends who she loves dearly. Some of her friends include the Coppola family and Angelina Jolie, whom she first met on the set of “Maleficent,” in which they both starred. She’s also reportedly close to Nicole Kidman, who worked with her in “The Beguiled,” which was directed by Sophia Coppola.

She is also childhood friends with actor Max Wolf Burkholder and Composer James Wolf Burkholder. In terms of romance, Elle Fanning has been dating English actor Max Minghella since 2019. Fans may know Minghella from “The Handmaid’s Tale” and “The Social Network.” Despite their 13-year age gap, the couple is extremely happy and still in love.

Recommended reading: Constance Marie Net Worth | How Much Is She Worth?

Diving into the career that contributes mainly to Elle Fanning’s net worth, we need to start right at the beginning.

In 2001, at age three, she made her TV debut in the miniseries “Taken” and the film “I Am Sam.” However, the role put Elle in her sister’s shadow as she was only cast because her sister’s character needed a younger star to portray her childhood. So it was only in 2002 that Elle broke away from her sister’s reputation and built her own with her role in “Daddy Day Care.”

The following year she took on a minor part in “Because of Winn-Dixie.” In 2004, Elle’s career spiked when she starred with Heff Bridges and Kim Basinger in “Ruth in The Door in the Floor.” It later emerged that the producers initially wanted to hire identical twins, but after seeing Elle’s performance, they were blown away and cast her instead. During the same year, she also started voice acting with the English-dubbed version of Mei in “My Neighbor Totoro.”

Her sister Dakota also worked on the film and voiced Satsuki. Elle also starred in “I Want Someone to Eat Cheese With” in 2004. Not slowing down, Elle went on to land more roles in 2015, including the future granddaughter of her sister’s character in “Charlotte’s Web.” Unfortunately, the scene was cut in post-production.

However, that did not dampen Elle’s success, and later that year, she starred in the film “Babel” opposite Brad Pitt and Cate Blanchett.

The following year she starred in multiple shows, including “The Nines,” “Déjà Vu,” and “The Lost Room.” She also made an appearance in an episode of “House: MD” and “Criminal Minds.” With a hefty portfolio of roles, Elle started landing lead roles by the end of 2006, beginning with the lead role in “Reservation Road.” 2007, Fanning acted opposite her Babel co-stars Brad Pitt and Cate Blanchett again with a minor role in “The Curious Case of Benjamin Button.”

She also appeared in “Phoebe in Wonderland” and “The Nutcracker in 3D.”

Then in 2008, Elle and Dakota were in line to star in “My Sister’s Keeper” however, talks for the role fell through when it was revealed that Dakota would need to shave her head for the role. Instead, the parts were given to Abigail Breslin and Sofia Vassilieva.

In Mid 2009, news that Fanning landed a role in a Sofia Coppola film in 2010 broke. She did, in fact, star in the movie called “Somewhere.” The film bagged a Golden Lion at the 67th Venice Film Festival. Needless to say, the success of the film drew attention to the now seasoned actress, and she went on to work on Francis Ford Coppola’s movie “Twixt.”

However, the role many credit as Elle Fanning’s breakthrough role only came in 2011 when she bagged a role in the science-fiction drama “Super 8” directed by J. J. Abrams. Released in June 2011, the film threw a massive spotlight on the burgeoning star, with The Telegraph claiming she was one of the best parts of the show.

She also bagged a Spotlight Award during the Hollywood Film Festival for her acting in the show. It should be no surprise then that the rest of 2011, 2012, and 2013 held similar successes for the young actress. She ended 2011 as 13-year-old Lily in the film “We Bought a Zoo.”

Her character worked at the zoo’s restaurant, where she also lived with her mom Kelly who was played by Hollywood royalty Scarlett Johansson. The following year, Elle Fanning went on to play Ginger in “Ginger & Rosa.” Alice Englert portrayed Rosa. The drama, directed by Sally Porter, was set in 1962 in London, and Elle’s performance garnered praise from critics. In fact, A. O. Scott wrote in The New York Times that Elle showed “a nearly Streepian mixture of poise, intensity, and technical precision.”

Before adding that her acting was so great, it was almost “frightening” and left one struggling to think of things she could not do. Film critic Ty Burr who works for The Boston Globe shared similar sentiments and praised the “luminous naturalism that seems the opposite of performance,” Elle exuded. He went on to say, “Fanning easily convinces you of Ginger’s emotional reality.”

Recommended reading: Peyton List Net Worth | How Rich And Successful Is She?

With all the critical praise in mind, it’s easy to see why Elle Fanning went into 2014 as more than just another child star in Hollywood. One of her first roles for the year was in the megahit Walt Disney production “Maleficent” opposite Angelina Jolie, who played Maleficent.

Fanning portrayed Princess Aurora, also known as Sleeping Beauty. She also secured a role in an independent science-fiction film called “Western Young Ones” as well as a starring role in “Low Down,” which was a biography of pianist Joe Albany. Elle played his daughter, who told his story. In 2015, she starred alongside Bryan Cranston in Jay Roach’s “Trumbo.”

Then she acted in “3 Generations,” which was once known as “About Ray.” The show’s cast included Naomi Watts and Susan Sarandon. 2016 was also filled with roles that saw Elle rub shoulders with many Hollywood heavyweights, including director Nicolas Winding Refn who she worked with on the psychological thriller “The Neon Demon.”

The movie premiered worldwide during the 2016 Cannes Film Festival. Despite it flopping at the box office, Elle went on to make an appearance in “20th Century Women,” which also starred Greta Gerwig and Annette Bening and premiered at the New York Film Festival in October 2016.

The following person Elle worked with was Ben Affleck. She starred in his drama “Live by Night,” about the Prohibition era, which was released in December 2016. She then started 2017 with a memorable performance in “The Vanishing of Sidney Hall,” which premiered at the Sundance Film Festival. Later that year, she bagged a role in a British-American science-fiction rom-com “How to Talk to Girls at Parties,” directed by John Cameron Mitchell.

The movie was based on Neil Gaiman’s short story. After that, Elle Fanning reunited with Sofia Coppola to star in Haifaa al-Mansour’s “Mary Shelley,” which was an Irish-American love story. She also made an appearance in Grouplove’s music video for their single “Good Morning.”

In May 2019, Elle became a jury member for the international competition at the 72nd annual Cannes Film Festival. The appointment made her the youngest Cannes juror in history. Continuing her streak of good films and luck in 2019, Elle landed a role in Woody Allen’s “A Rainy Day in New York” before reprising her role in “Maleficent: Mistress of Evil” in October.

Then she kicked off 2020 with a staring role opposite Justice Smith in “All the Bright Places.” The Brett Haley film was based on the novel of the same name written by Jennifer Niven. Elle went on to act in Sally Potters’s “The Roads Not Taken” with Javier Bardem and Salma Hayek before she starred in the series “The Great” with Nicholas Hoult.

She was also the executive producer of the series. It premiered on Hulu in May 2020, and Elle was highly praised for her role and even bagged the 2021 Golden Globe Award for Best Actress – Television Series Musical or Comedy nomination. In 2022, Elle Fanning starred in another Hulu show. This time it was the miniseries “The Girl from Plainville.” She is also set to have a role in “The Nightingale” with her sister Dakota with whom she recently launched Lewellen Pictures.

Thus it should come as no surprise to fans that her booming career has helped Elle Fanning’s net worth sore in recent years. She currently has a net worth of about 6 million dollars.

I bet you  are currious to find out what Elle Ganning weight and heigh are! Well the actress is not short at all, measuring 5′ 9″ (1.75 m). Elle weights approximately 130lbs (59kgs).

Fans may not know that the star maintains her posture and physique by attending ballet lessons five times a week.  Over the years, she has been nominated for and has bagged more than a few awards.

She won the Spotlight Award for Super 8 in 2011, the Young Hollywood Actress of the Year Award and the Phoenix Film Critics Society Best Ensemble Acting with her Super 8 cast members.

In 2019, the then 21-year-old actress was crowned the youngest jury member at the Cannes Film Festival. She bagged two Golden Globes Awards for Best Actress – Television Series Musical or Comedy nominations for her role as Empress Catherine II in “The Great.”

She also bagged a Satellite Award for Best Actress – Television Series Musical or Comedy for the show in 2021. The role also got her three Screen Actors Guild nominations.