Ozzy Osbourne Net Worth – How Rich Is The Famous Musician?

Who is Ozzy Osbourne? 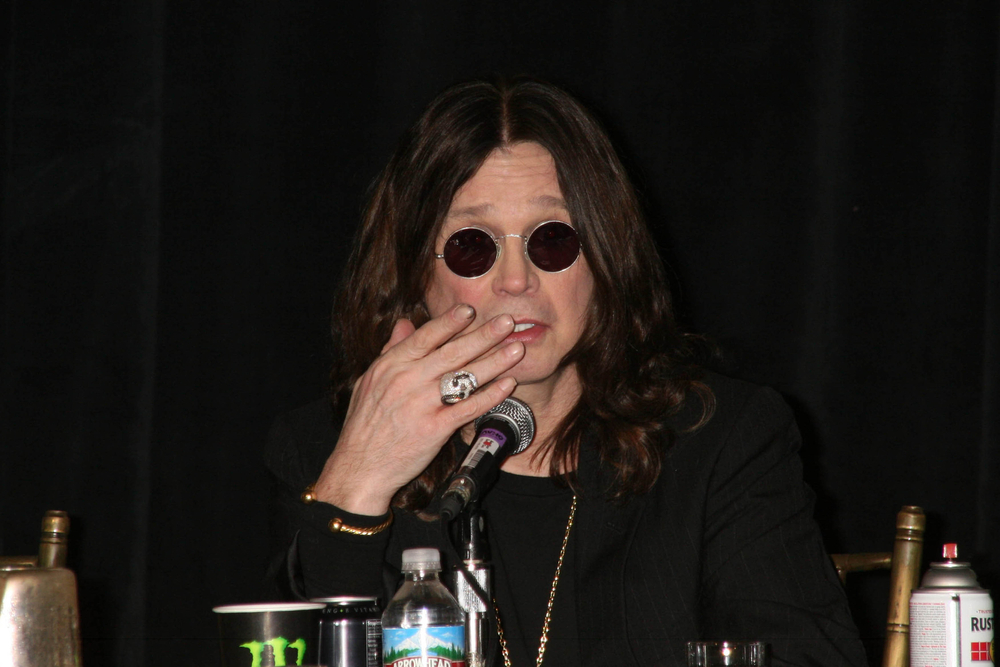 Ozzy Osbourne is the stage name of John Michael Osbourne, and he is a singer and songwriter, as well as a reality TV star from England who first became known as the lead vocalist of Black Sabbath, the popular 1970s heavy metal. His nickname at the time was “Prince of Darkness”.

In 1979, Black Sabbath fire Ozzy Osbourne over his out of control drug and alcohol problems. Despite this, Ozzy Osbourne had a very profitable solo career, with twelve studio albums, of which the first 7 in particular were extremely successful. Ozzy Osbourne since then has reunited with the rest of Black Sabbath many times.

Ozzy Osbourne also became a reality TV star, along with his wife, Sharon, and kids, Jack and Kelly, thanks to the hit MTV show The Osbournes in the early ‘00s.

Ozzy Osbourne has a star on the Hollywood Walk of Fame. The MTV Europe Music Awards gave him a Global Icon Award in 2014. The British Academy of Songwriters, Composers, and Authors gave him the Ivor Novello Award for Lifetime Achievement in 2015. 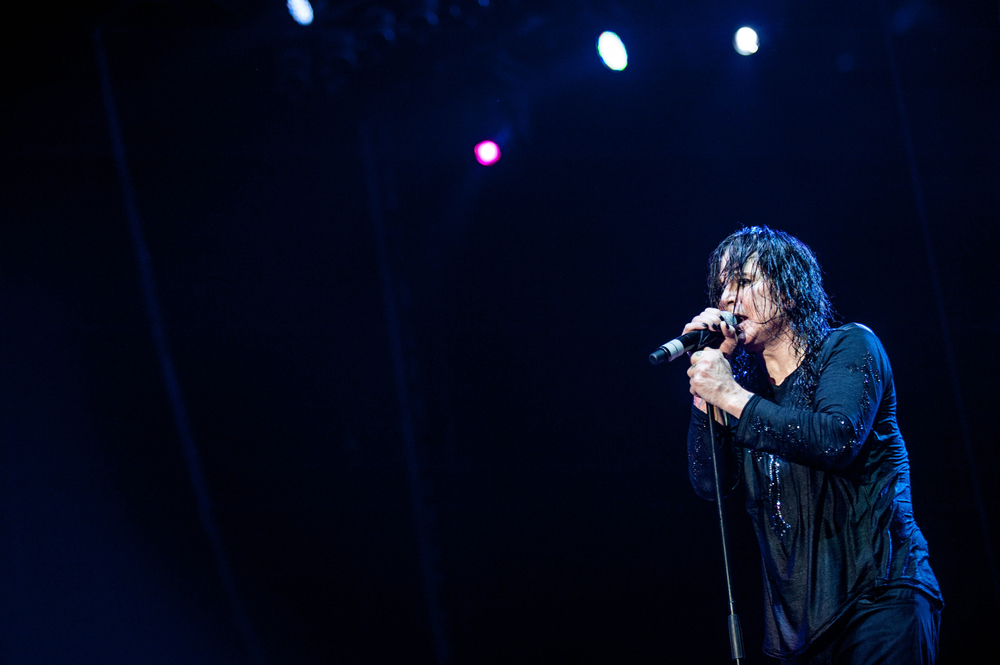 In 1967, Geezer Butler formed the band Rare Breed, soon afterwards getting Ozzy Osbourne to agree to be the vocalist. After only two shows, the band broke up, but the two reunited for another band, Polka Tulk Blues, along with Tony Iommi and Bill Ward, whose previous band, Mythology, had also just broken up.

The new band was temporarily called Earth but when they discovered another band with that name, they became Black Sabbath in 1969, based on a film. Along with that theme, they adopted a heavy blues style typified by gloomy lyrics and sounds. Geezer Butler was heavily inspired by an occult book he’d read.

Black Sabbath was a quick and long-lasting success, thanks to their first two huge albums, Black Sabbath and Paranoid. Around this time, Ozzy Osbourne met Sharon Arden, who he’d later marry. Her dad, Don Arden, was his manager, and she worked as her father’s receptionist, putting them in frequent contact.

Their next album was called Master of Reality, which hit the top 10 charts in the US and the UK. In under 2 months, it was certified gold, and eventually went platinum, and by the early ‘00s, double platinum.

In 1972, they put out their fourth album, Volume 4. It took under a month to be certified gold, their 4th album in a row to sell more than 1 million units in the US. In 1973, they put out Sabbath Bloody Sabbath, their first album not only to sell extremely well but to actually get stellar reviews. All previous ones were panned.

In 1975, they dropped Sabotage, another album that sold well and got great reviews. In 1976, Technical Ecstasy came out, which again got mixed reviews.

Ozzy Osbourne left Black Sabbath for 3 months in 1978 to record Blizzard of Ozz. After that, however, he returned to Black Sabbath and they produced the album Never Say Die! When they appeared on tour, however, they got terrible reviews. They were disintegrating due to overuse of drugs and alcohol, and inner conflicts.

In 1979, it reached a boiling point, and the band kicked out Ozzy Osbourne, citing his drug and alcohol use, although Ozzy Osbourne claimed that it was no worse than any of the other band members’ consumption. Black Sabbath replaced Ozzy Osbourne with Ronnie James Dio.

After that point, after a dark period, Ozzy Osbourne set off on a solo career, largely thanks to Sharon Arden’s encouragement. He officially formed Blizzard of Ozz with Lee Kerslake, Bob Daisley, Don Airey, and Randy Rhoads, and put out their first album credited only to Ozzy Osbourne.

The first Blizzard of Ozz album is one of the only albums of the 1980s to reach multi-platinum status while not having a single in the top 40. It reached quadruple platinum by 1997.

Ozzy Osbourne’s next solo album was Diary of a Madman and featured “Flying High Again” and “Over the Mountain”.

In March 1982, while the band were on tour with this album, the band’s tour driver Andrew Aycock was flying an aircraft with multiple band members on it, while doing low passes above the tour bus, accidentally clipping the bus and causing a crash that killed multiple band members.

Ozzy Osbourne was deeply depressed over losing his friend Randy Rhoads in the crash and they cancelled the rest of the tour. It took a while to find someone suitable to replace him as well. They eventually put out a live album called Speak of the Devil and a live tribute album dedicated to Randy Rhoads.

In 1987, Ozzy Osbourne released an album of live recordings with Randy Rhoads from 1981 called Tribute. In 1988, Ozzy Osbourne and Zakk Wylde collaborated on No Rest for the Wicked. Ozzy Osbourne reunited with Geezer Butler on tour that year, and they eventually put out a live EP called Just Say Ozzy.

In the early ‘00s, Ozzy Osbourne, along with rest of his family, achieved a whole new type of fame via the medium of reality TV. A show about the life of Ozzy, Sharon, and their kids Kelly and Jack, called The Osbournes, became a massive hit on MTV. Its first episode aired in March of 2002, and it ran until March of 2005.

People who didn’t know Ozzy Osbourne’s music suddenly became obsessed with him due to his mumble speaking, and the entire family’s brash, vulgar, but loving style. In 2003, they hosted the American Music Awards, leading to Everybody Love Raymond’s Patricia Heaton walking out of the ceremony due to her family values platform.

In 2016, Ozzy and Jack Osbourne hosted a reality show called Ozzy & Jack’s World Detour. Each week, they’d visit a different historical site to learn about the location from experts.

Ozzy Osbourne was born as John Michael Osbourne on the third of December in the year 1948 near Coleshill in England, at the Marston Green Maternity Hospital. Ozzy Osbourne grew up in Birmingham, England, United Kingdom.

Ozzy Osbourne’s mum was a factory worker called Lillian, and his dad, John Thomas Osbourne, was a tool maker for General Electrics. Ozzy Osbourne was one of 6 siblings, including 3 older sisters (Gillian, Iris, and Jean), and 2 younger brothers (Tony and Paul).

Ozzy Osbourne’s family all lived together in a tiny home with only two bedrooms. Ozzy Osbourne got his nickname Ozzy in primary school. As a teenager, Ozzy Osbourne had multiple suicide attempts. He was bullied due to his dyslexia and was also sexually abused by bullies.

At the age of fifteen, Ozzy Osbourne quit school and got various jobs, including at a construction site, as a plumber, and working at an abattoir. For a brief period, he was locked up for 6 weeks in a prison due to robbing from a clothing store. 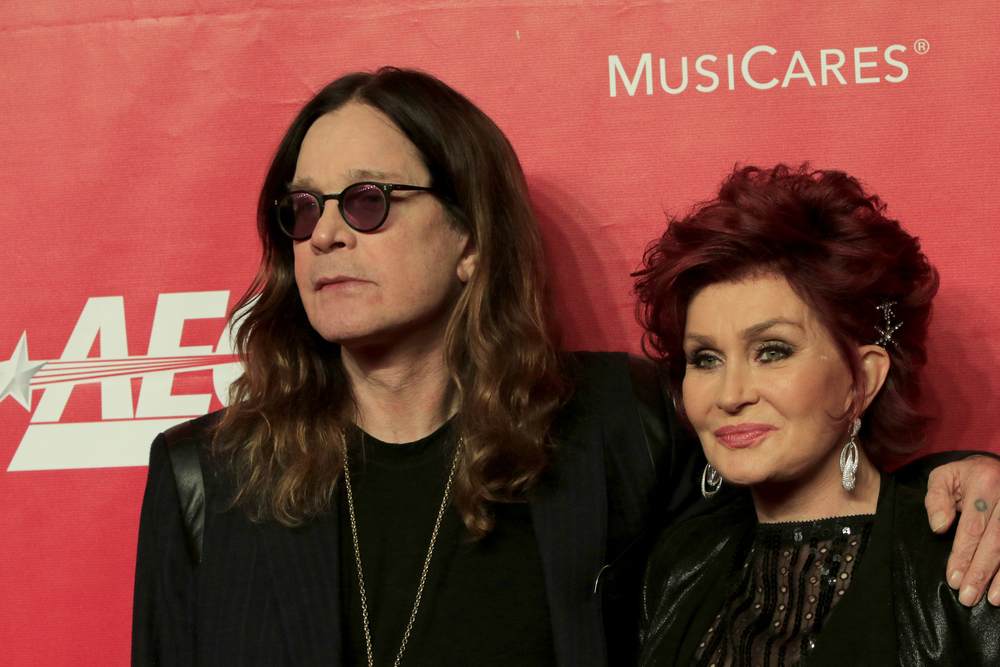 Ozzy Osbourne married Thelma Riley in 1971 after having met her at the Rum Runner nightclub located in Birmingham. They had two kids together, Louis and Jessica. He was frequently gone, touring with Black Sabbath, however, and that coupled with his alcoholism and drug abuse led to the marriage falling apart.

In 1982, Ozzy Osbourne married Sharon Arden, his manager, who became Sharon Osbourne. Their three kids are Aimee, Kelly, and Jack. Ozzy Osbourne now has many grandchildren. The Osbourne’s have homes in Los Angeles, California, United States of America, and Buckinghamshire, England, United Kingdom.

Yo Gotti Net Worth

Ozzy Osbourne has many followers on social media with accounts on three of the most major platforms on the internet. Through these avenues, Ozzy Osbourne is able to connect with his fan base which in turn contributes to Ozzy Osbourne net worth.

Ozzy Osbourne uses his official public verified Facebook account to post messages to his fans, as well as to post life and career updates, new music, TV appearances, etc, along with classic clips of him throughout his career, photos, and so on and so forth. This method of connecting with his fans also helps Ozzy Osbourne net worth.

On this popular social media platform, Ozzy Osbourne has nearly five and a half million followers as of the present time. Ozzy Osbourne is himself currently following seventy two people in return.

Ozzy Osbourne uses his official public verified Twitter account to post messages to his fans, as well aslife and career updates, new music, TV appearances, etc, along with classic clips of him throughout his career, photos, and so on and so forth. Connecting with his fans this way also contributes to Ozzy Osbourne net worth.

On this popular social media platform, Ozzy Osbourne has nearly five million followers as of the present time. Ozzy Osbourne is himself currently following fifty eight people in return.

Ozzy Osbourne uses his official public verified Instagram account to post messages to his fans, as well aslife and career updates, new music, TV appearances, etc, along with classic clips of him throughout his career, photos, and so on and so forth. Connecting with his fans this way also helps Ozzy Osbourne net worth grow.

Ozzy Osbourne does not have an official professional LinkedIn account as of the present time. This is perhaps not surprising as celebrities of his stature often don’t require the sort of business networking that this service provides.

With that said, should the situation ever change and Ozzy Osbourne sign up for one, we will be sure to update this page with that information. After all, our goal is to keep our readers informed of all of the latest news regarding Ozzy Osbourne net worth, life, and career.

Ozzy Osbourne does not have an official public verified TikTok account as of the present time.

Should the situation ever change and Ozzy Osbourne sign up for one, we will be sure to update this page with that information. After all, our goal is to keep our readers informed of all of the latest news regarding Ozzy Osbourne net worth, life, and career.