Jet Li net worth is estimated to be around $250 million. The bulk of Jet Li’s net worth has come from his immensely successful career as an actor, not to mention film producer and martial artist known on a global scale. 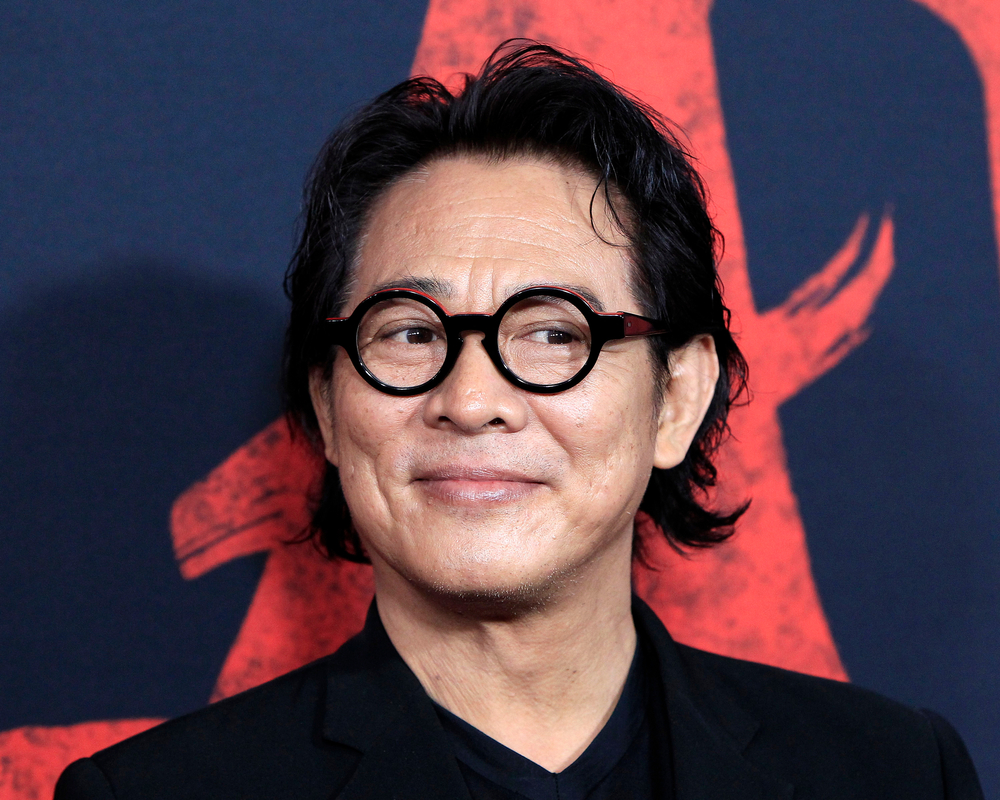 Who is Jet Li?

Jet Li is an extremely famous movie star (like Alan Alda) from China, as well as being an incredible martial artist, champion in Wushu, and now producer of films.

He won the first Wushu championship at age 19, and then went on to become a famous actor in China, particularly thanks to films such as Once Upon a Time in China, Hero, and Fist of Legend.

He later made it big in Hollywood thanks to American films like Lethal Weapon 4 and Romeo Must Die, as well as international productions such as Kiss of the Dragon, The Forbidden Kingdom, and The Mummy: Tomb of the Dragon Emperor. 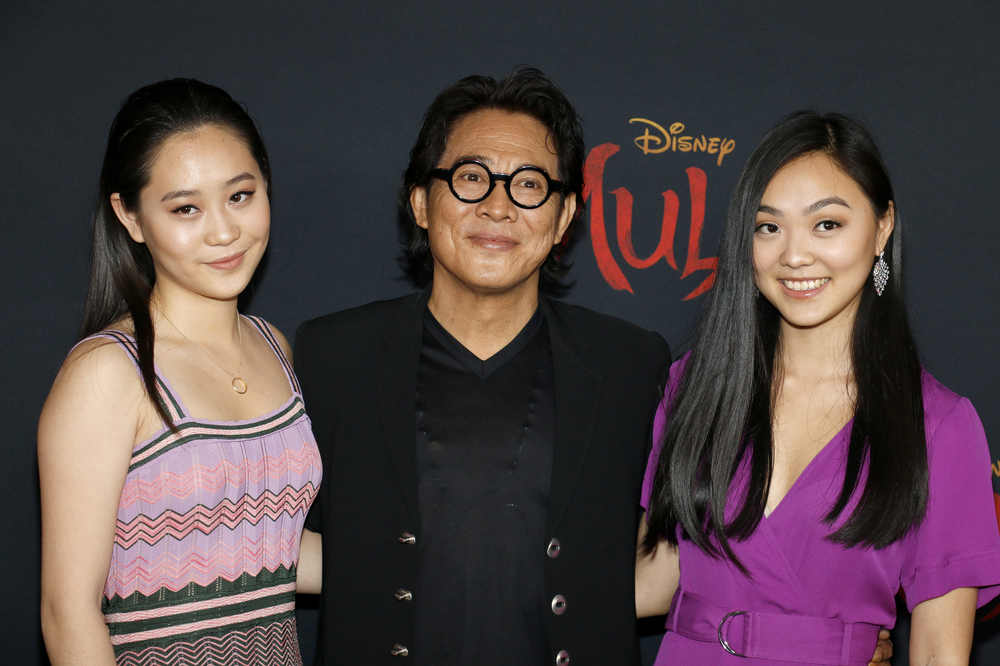 Due to the enormous fame, he found in Wushu martial arts, Jet Li was able to turn that into a major film career, both in China and then Hong Kong.

When his publicity agency decided his name might be too difficult for people to pronounce in the Philippines, they gave him the stage name Jet Li. Jet was meant to reference his career taking off.

He had also had the nickname Jet a student, due to how graceful and fast he was when doing Wushu.

His screen debut was in Shaolin Temple in 1982. From there, he went on to star in two more films in the series, as well as in Once Upon a Time in China and its five sequels, the Fong Sai Yuk series, and Fist of Legend, which was itself a film remake of the classic Fist of Fury, which originally starred the legendary Bruce Lee.

In 1995, Jet Li starred in High Risk before making his international debut in the 1998 sequel, Lethal Weapon 4. He played the villain. This was shortly afterwards followed by Romeo Must Die in 2000, a role which gained him a great deal of praise even though he couldn’t speak much English while filming the role. He was the star of this one.

Jet Li did two films in 2001, both The One, which co-starred British action star Jason Statham, and Kiss of the Dragon, which co-starred Bridget Fonda and became a modest hit for the star. The next year, he starred in Hero, which was critically acclaimed and soon grew to be the most financially successful Chinese film ever up to that point.

Two years later, he starred in a thriller with the rap star DMX called Cradle 2 the Grave, and in 2004, did motion capture and voice work for a Jet Li video game subtitled Rise to Honor.

In 2002, an Asian-American theatre company that boasts being the oldest one of its kind in the USA presented Jet Li with the visionary award. It was presented to him by famous Chinese director John Woo.

In 2005, he won critical acclaim for undertaking a more serious role in the film Unleashed. The legendary Morgan Freeman and Bob Hoskins co-starred in this somber production. The next year, he did Fearless, which was to be the final film in which he would perform wushu.

He joined with Jason Statham yet again in 2007 for War, another big Hollywood release, although that film, unfortunately, didn’t do great at the box office. It did, however, have a resurgence on home video, and actually doubled the amount of money it had made in cinemas.

In 2007, Jet Li filmed The War Lords in China, which ended up with him being honored as Best Actor by the Hong Kong Film Awards.

After years of never actually working together, Jet Li finally teamed up with the also legendary Jackie Chan in The Forbidden Kingdom, a martial arts fantasy epic about the ancient Mummy King legend, in 2008, and that was briefly followed by a villain role in The Mummy: Tomb of the Dragon Emperor, facing up against Brendan Fraser. Michelle Yeoh also appeared.

His next role after this was in The Expendables, which again featured Jason Statham, as well as Sylvester Stallone, Mickey Rourke, Dolph Lundgren, Steve Austin, Eric Roberts, Randy Couture, and Terry Crew. He would later reappear in both of the sequels in The Expendables trilogy.

Jet Li, whose real name is Li Lianjie, was born on April 26, 1963 in Beijing, China. He had an older brother as well as two older sisters. His family sadly suffered a great deal, living in abject poverty after the death of Jet Li’s father, when Jet Li was only two years of age.

Six years later, when Jet Li turned eight, he began to show great promise in the martial art of Wushu. People took particular notice of him watching him at practice during a summer course he did at that young age.

He enjoyed it himself so much he played in an event, and eventually joined the Beijing Wushu Team at the All China Games in 1971.

Two extremely respected coaches named Wu Bin and Li Junfeng were so impressed with him that they took him under their wing, knowing they could help foster his talent and help it to grow even more impressively. In order to help up Jet Li’s intake of protein for training and growing, Wu Bin provided Li and his family with food.

Jet Li became so fantastic at the sport, he ended up actually in competition against grown adults, and became the national champion from the years 1975 through to 1979.

In an interview for a book called Jet Li: China’s Instant Celebrity, Jet Li said: “My winning first place caused quite a sensation because I was so young. I was 12 years old, and the other two medalists were in their mid- to late twenties.

“During the awards ceremony, as I stood on the top step of the podium, I was still shorter than the 2nd and 3rd place medalists. It must have been quite a sight.”

At one point, the team was sent to the United States of America to put on a performance for then-President Richard Nixon, who was so impressed with Jet Li, he wanted him to act as his bodyguard. Jet Li said in response, “I don’t want to protect any individual. When I grow up, I want to defend my one billion Chinese countrymen!”

When Jet Li was only 18, he ended up unfortunately having to retire from the sport due to suffering an injury of his knee. He immediately went on, however, to become the Beijing Wushu team’s assistant coach, since he still loved the sport so much.

Jet Li married Huang Qiuyan, member of the Beijing Wushu Team as well as his co-star in Kids from Shaolin, in 1987. They were only together for three years but over that time gave birth to two children, their daughters Tammi and Si.

Nine years after their breakup, Jet Li wedded Nina Li Chi, an actress who was born in Shanghai but at the time based in Hong Kong. Together, they had another two daughters, Jane and Jaida, born in 2002 and 2002, respectively.

Jet Li was temporarily reported as dead due to the fact that he happened to be located in the Maldives during a major tsunami in 2004 as a result of an earthquake in the Indian Ocean.

He was therefore presumed lost. In actuality, however, he had simply sustained a minor injury to his foot when it was hit by a piece of furniture.

He had been leading his daughters to safety during the extremely treacherous floods that ensued. They only just barely escaped with their lives by getting to a hotel’s top floors just as the wave came crashing down.

The Chinese Wushu Association appointed Jet Li with the prestigious title of “Image Ambassador of Wushu” at the World Wushu Championships in 2007 in Beijing, China.

Although Jet Li held United States citizenship for many years thanks to his prolific work as an actor in Hollywood, he renounced it in 2009, instead becoming a citizen of Singapore. He did so due to being very impressed with its education system, and wanting to provide that for his two youngest girls.

Jet Li has a hyperthyroid condition, information that he revealed in 2013, which led to him appearing in fewer films for a while. He apparently recovered completely in 2016, however, but said the reason he decided to scale back on films wasn’t the condition but his focus on working for charities.

In a post on his official website, he said, “I never say to myself I’m the best fighter in the world. If someone learns martial arts solely to pick fights on the street, to lean on it as a keystone weapon in nconflicts, to use it to bully and intimidate others – then that person, in my opinion, cannot be considered a true martial artist.”

The styles of wushu that Jet Li is a master of include Chángquán, Fānziquán, Baguazhang, Taijiquan, Xing Yi Quan, Zui Quan, Tanglangquan, and Ying Zhao Quan. He is also a mater of weapons including the Jian, Gùn Dao, and Sanjiegun.

Alan Alda Net Worth – How Much Is He Worth?

Jet Li doesn’t have a vast social media presence, but he’s quite popular on a few platforms, particularly Facebook.

Jet Li has a public Facebook account. On this platform, he has 29 million followers, which is extremely impressive to say the very least but is surely a result of what an international mega celebrity he happens to be. His account tends to be used to post information about his latest films, events, and charitable work.

Jet Li has a public Twitter account under the Twitter handle @jetli_official. It is verified. On this platform, he has 94.1 thousand followers and the account itself is following 36 people in turn. Based on the phrasing of the biography, this account seems to be run by a management team and seems to be fairly generic in terms of its content.

Often, it will retweet charitable events and organizations with which Jet Li is involved and or supports as part of his philanthropic message and endeavors.

Jet Li has a verified Instagram account. On this platform, he has 2.5 million followers and is himself following an impressive 0 people in turn! His account name is simply @jetli. This platform tends to be full of pictures of Jet Li both out of character and in his various roles, as well as artwork of Jet Li. He also sometimes posts photos of friends and family

Jet Li doesn’t appear to have a public Instagram account but as an actor of his immense stature, that isn’t surprising. Should the situation ever change however and he sign up for the platform, we will be sure to update the page to reflect that development to make sure we keep you up to date with all of the latest Jet Li information.

Jet Li doesn’t have a TikTok, which perhaps isn’t surprising for a man of his age. There are, however, countless fan accounts that post clips of Jet Li’s work and career. And should the situation ever change, we will be sure to update the page to reflect that development to make sure we keep you up to date with all of the latest Jet Li information.