Daddy Yankee Net Worth – How Rich Is The Rap Star?

Who is Daddy Yankee? 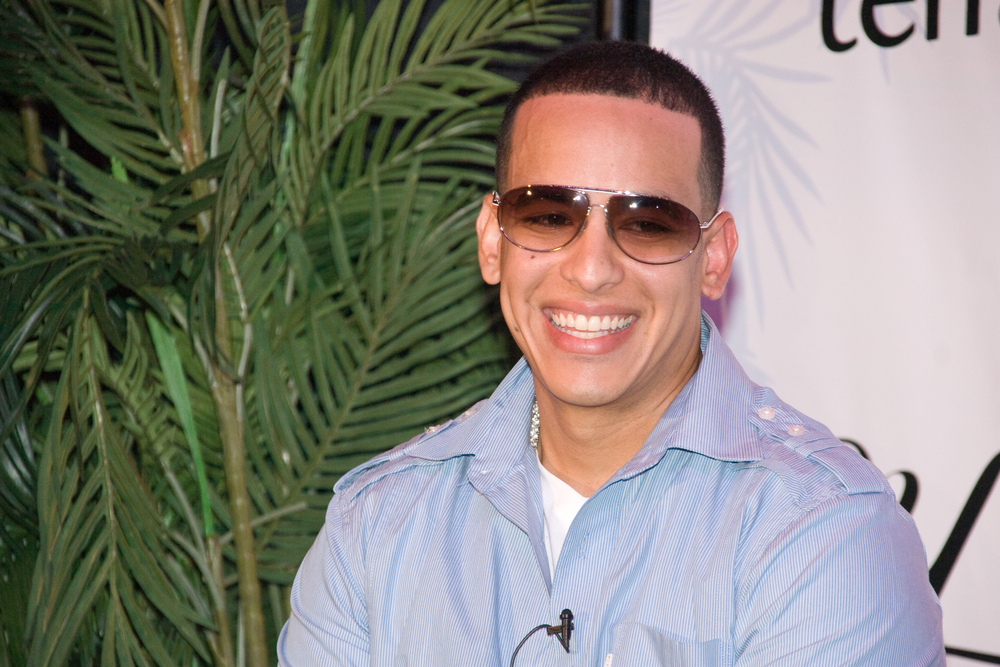 Daddy Yankee, or D.Y., is a famous rap star, singer, and song writer, as well as actor, from Puerto Rico who people refer to as the King of Reggaetón. Daddy Yankee coined the term himself in 1994 to characterize his musical style, which mixes hip hop, Jamaican reggae, Latin Caribbean, and Spanish music.

Daddy Yankee introduced his new genre to the world via his first worldwide hit song “Gasolina”. Over the years, Daddy Yankee has sold approximately twenty million albums, which makes him one of the most successful Latin musical artists in history. Daddy Yankee’s first hit albums was Barrio Fino. 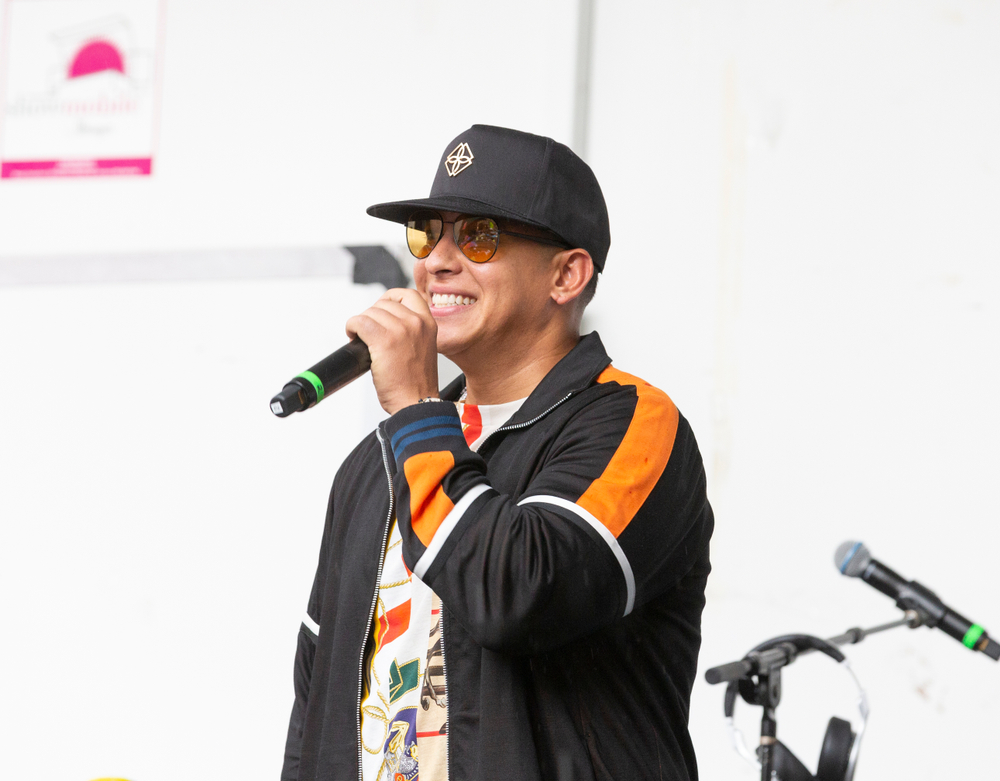 Daddy Yankee’s first ever recording is his appearance on DJ Playero’s Mixtape, called “So’ Persigueme, No Te Detengas”. Then, his first solo album was No Mercy, which came out in April 1995. Around this time, Daddy Yankee was experimenting with styles and was slowly developing his genre of reggaeton.

Daddy Yankee proceeded to do songs for a number of DJ Playero’s mixtapes, which the Puerto Rican government banned due to the explicit words in their lyrics.

In 1997, Daddy Yankee and Nas collaborated on “The Profecy” which appeared on an album called Boricua Guerrero. Daddy Yankee then put out two albums called El Cartel in 1997, and El Cartel II in 2001. They were big hits in Puerto Rico.

In July 2004, Daddy Yankee dropped his enormous hit album Barrio Fino. This album saw him crossing reggaeton over with salsa, such as on “Melao”, a duet featuring Andy Montañez. Barrio Fino sold over a million units in the States, and an additional more than two million worldwide, including Latin America.

Not long after, Daddy Yankee appeared in the N.O.R.E. song “Oye Mi Canto”, followed by an appearance in “Los 12 Discípulos” and “Mayor Que Yo”.

At the end of 2005, Daddy Yankee put out a live album called Barrio Fino en Directo, which was also a massive seller.

By mid 2006, Time Magazine named Daddy Yankee one of the one hundred most influential people in the world.

In mid 2007, Daddy Yankee dropped a new album called El Cartel: The Big Boss, which veered more towards hip hop than reggaeton. The first hit single was “Impacto”. Afterward, he set off on a tour, selling out numerous venues.

Over the course of the next year, Daddy Yanke appeared on numerous compilation albums in the reggaeton genre, such as 20 Number 1’s Now, Mas Flow: Los Benjamins, Echo Presenta: Invasión, and Caribbean Connection.

Daddy Yankee even got to the play the voice of a radio station DJ in Grand Theft Auto IV, the hugely popular video game released by Rockstar Games. His character was typified by speaking in Spanglish. The songs he plays include reggaeton hits by Hector “El Father”, Wisin & Yendel, Jowell & Randy, and Tito El Bambino.

There was also a film that year called Talento De Barrio for which Daddy Yankee did a cover of the popular Thalía song “Ten Paciencia”. The soundtrack was a huge hit, and was certified multi platinum.

Daddy Yankee’s 9th album is called Mundial. It was preceded by its first single, “Grito Mundial”, which FIFA wanted to use as their official theme song for the World Cup in 2010. However, that would have given them full rights to the song, so Daddy Yankee refused.

Originally, Daddy Yankee’s 6th album, which was called Prestige, was meant to be released in late 2011. However, due to a major hurricane that pummelled El Cartel Records, where it was recorded, a full half of the recorded songs for the album were lost. This meant that half of the album had to be redone from scratch!

The album finally came out on the eleventh of September in the year 2012. “Ben Conmigo”, the first single, which had an appearance by Prince Royce, a famous bachata singer, reached the ninth place on Billboard Magazine’s Latin chart. “Lovumba”, the second single, hit first place on that chart, as well as on Latin Songs.

“Lovumba” was also nominated by the Latin Grammys for Best Urban Song. “Pasarela”, the third single, also did well, reaching 39th place on the overall Billboard 200, and again first place on Billboard’s Latin Albums chart, along with their Latin Rhythm chart. It also reached fifth place on Rap Albums.

Later that year, Daddy Yankee went on a world tour to promote Prestige. He visited several European countries, such as Italy, France, Germany, and Spain, as well as numerous Latin American countries like Peru, Colombia, and Chile.

In October of that year, Daddy Yankee dropped the King Daddy mixtape, which saw him fully returning to reggaeton for the full album. The mixtape has eleven songs, including him collaborating with Divino, Farruko, Yandel, Arcángel, and J Alvarez.

The biggest songs from the album are “La Nueva y La Ex” and “La Rompe Carros”. After the album came out, Daddy Yankee launched the King Daddy Tour, throughout Europe, Nort and South America.

King Daddy also had a number of new bonus tracks including “Ora Por Mí”. The video for this song was recorded throughout various places in San Juan in Puerto Rico and focuses on the story of Daddy Yankee’s real life, as well as discusses the darker side of the fame he had found over the years.

Another single came out in September 2014, which he named “Palabras Con Sentido”. He saw the song as a defense of both urban music and reggaeton, which many snobby people had considered to be lesser forms of music. Daddy Yankee passionately argued that all musical genres are valid, even those perceived as lower class.

Daddy Yankee’s first song to be sung entirely in English was called “This is Not a Love Song”, and he put that out that same month. On it, he collaborated with Duncan, who was at the time a young fresh rapper new to the scene and the industry.

2017 saw Daddy Yankee collaborating with Luis Fonsi, a popular Latin singer, on “Despactio”, a single that became a massive success, which was huge for Daddy Yankee net worth. It was the first song in the Spanish language to top Billboard’s Hot 100 since 1996, when the novelty dance song “Macarena” swept the world.

In a mere ninety seven days, the music video for “Despacito” garnered one billion views on YouTube, making it the second fastest growing video in the site’s history, with only Adele’s “Hello” beating it.

As a result, Daddy Yankee was the global musical artist most listened to on Spotify in June of the year 2017. He was also the first Latin musical star to ever achieve this.

In 2018, Daddy Yankee put out his first singles in the Latin trap genre: firstly, “Hielo” and then “Vuelve”, a collaboration with the popular Latin music sensation Bad Bunny. Later on that year, Daddy Yankee joined forces with the legendary Janet Jackson on “Made for Now”.

In 2019, Daddy Yankee reworked the Snow song “Informer” from 1992 as “Con Calma”. It was another big hit. Daddy Yankee’s seventh album, Legendaddy, came out in March of 2022, which he announced will be his final album, as he’s retiring from the music industry.

Daddy Yankee was born as Ramón Luis Ayala Rodríguez on the third of February in the year 1977 in Río Piedras in Puerto Rico. Daddy Yankee grew up in the poor neighborhood of the Villa Kennedy Housing Projects.

When he was young, Daddy Yankee wanted to have a career as a baseball player, and almost got a position on the Seattle Mariners. However, Daddy Yankee was sadly hit by a bullet while sitting outside a studio. In the over a year that he was in recovery, Daddy Yankee chose to focus on music.

The bullet is in his hip to this day, and the injury prevented him from being able to remain in professional sports. 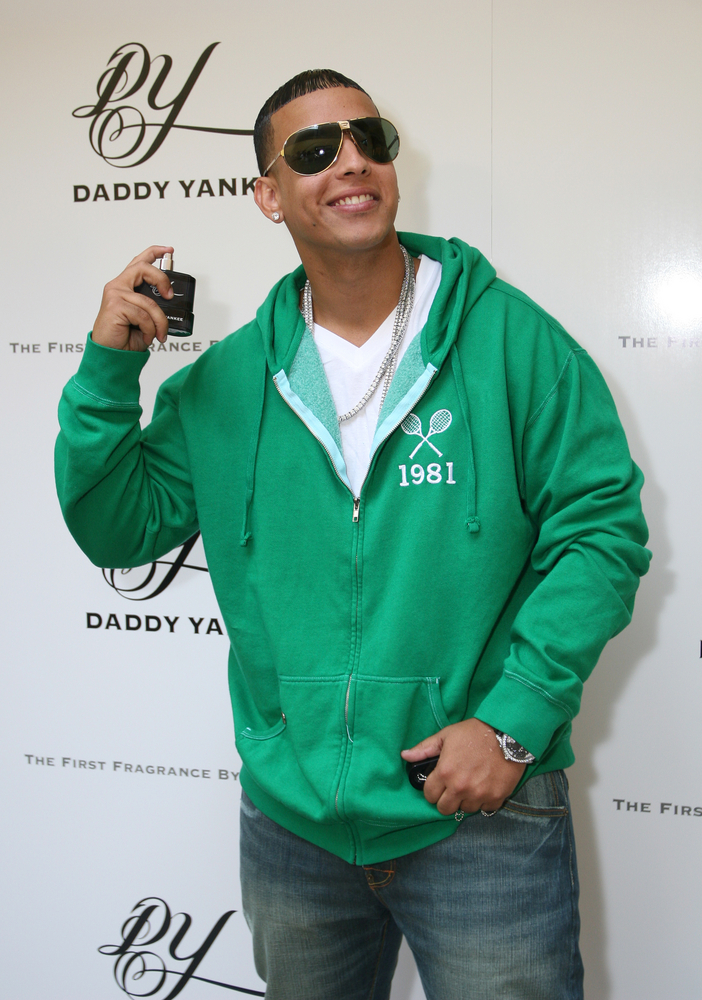 Daddy Yankee is extremely private about his personal life and doesn’t talk about it much. Daddy Yankee has a wife called Mireddys González, with whom he has kids.

They chose to be married to each other at just 17 years old, when she became pregnant with their first kid, a daughter, Yamilette Ayala González. The other two kids’ names are Jesaaelys (1996), and Jeremy (1998).

Daddy Yankee has an enormous social media following, thanks to his enormous global fame.

Daddy Yankee uses his Facebook to post updates about his music, life, and career. By connecting with his fans this way, Daddy Yankee net worth continues to grow and expand.

Daddy Yankee uses his Twitter to post updates about his music, life, and career. Connecting with his fans this way helps Daddy Yankee net worth get even higher.

Daddy Yankee uses his Twitter to post updates about his music, life, and career. By connecting with his fans this way, Daddy Yankee net worth continues to grow and expand.

Daddy Yankee does not have a LinkedIn account as of the present time. Should this situation ever change in the future, we will be sure to update this page with that information. Our goal is to keep our readers informed of all of the latest news regarding Daddy Yankee net worth, life, and career.

Daddy Yankee uses his TikTok account to post fun videos that help him connect with his fans, thus Daddy Yankee net worth continues to grow and expand.