Nick Lachey’s Net Worth – How Rich Is The Talented Star Now?

Nick Lachey’s net worth is $25 million, which seems to be an astounding amount, but he shares it with his wife. This means that the combined net worth of Nick and Vanessa Lachey is $25 million. The Lacheys made their money together and that is why their net worth is combined. 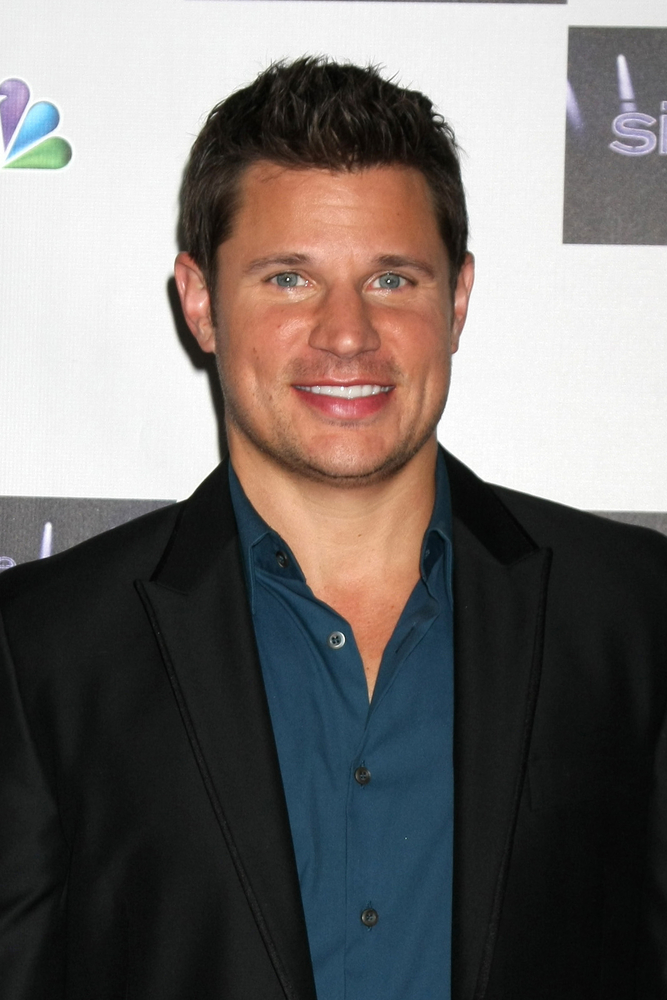 This article will take a closer look at Nick Lachey’s net worth with his wife Vanessa and how they built it. It will also take a deep dive into Nick and Vanessa Lachey’s relationship and explore Nick’s early life and career.

Who is Nick Lachey 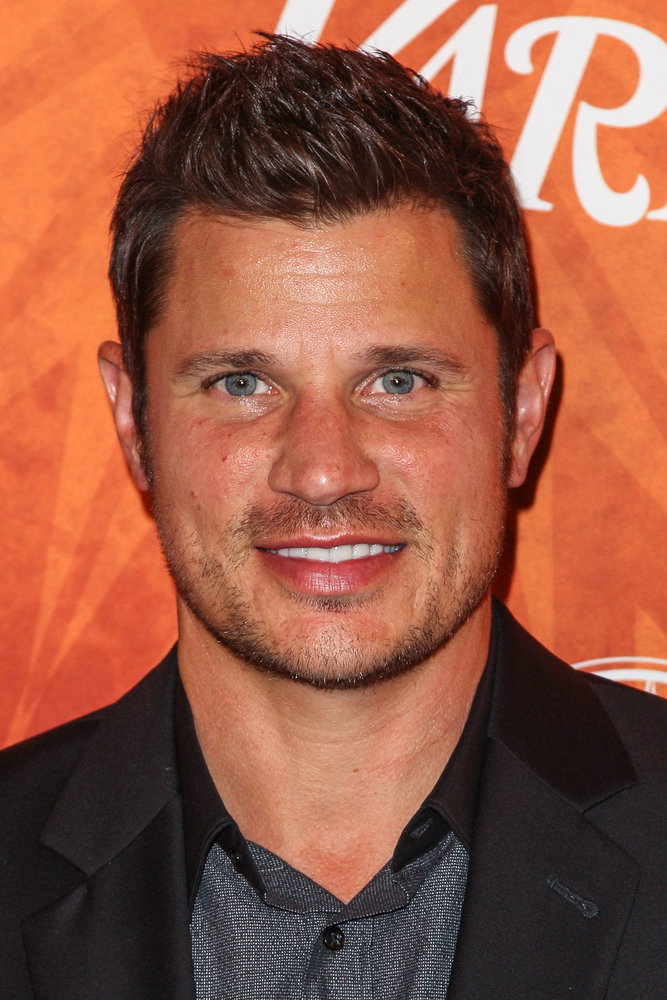 Nick Lachey was born Nicholas Scott Lachey and he is an American actor, singer, TV personality and host. He first became famous as the lead singer in the boyband called 98 Degrees. The band went multi-platinum and he became a household name when married to first wife Jessica Simpson. The two starred in a hit TV reality show called Newlyweds: Nick and Jessica.

Nick Lachey has had several successful solo albums as a singer and had a recurring role in the TV series Charmed. However, the world will best know Lachey from his many hosting gigs on television. These include NBC’s The Sing-Off, Nickelodeon’s America’s Most Musical Family, and VH1’s Big Morning Buzz Live.

Nowadays, Nick Lachey is most famous for co-hosting the hit Netflix reality show Love is Blind with his wife Vanessa. And most recently, the power couple is also co-hosting The Ultimatum on Netflix. The show is set to be a big success with fans of their other reality shows.

Nick Lachey’s net worth estimate currently stands at $25 million. However, it should be noted that this is the combined net worth of Nick and his wife Vanessa Lachey. The power couple truly does seem to have it all. Their thriving television hosting careers are largely to thank for their incredible net worth.

Of course, television pays well and that is largely where the largest portion of the Lacheys money comes from. However, the two are also seasoned in the real estate market which has helped bumped their net worth amount.

The Lacheys are excellent co-hosts and have been hosting Love is Blind on Netflix since 2020. This show proved to be a big hit with viewers from the get-go and is immensely successful.

The reality series quickly became one of Netflix’s top ten most-watched shows. The success of a show on Netflix is measured in whether or not it gets renewed for consecutive seasons. Love is Blind was renewed for another two seasons just a month after its premier.

Once the second season dropped, Netflix signed it on for another two seasons. This means that the show will run for five seasons at the very least. This type of steady income is likely the type that built up Nick Lachey’s net worth, which is considerable.

In the middle of 2022, the Lacheys started co-hosting another Netflix show set to be a hit. It is another reality series titled The Ultimatum. The show will have couples put their love on the line and switch partners. The outcome will likely be that the couples on the show will either get married or call it quits. Before the show even started, Netflix already renewed it for season two.

The income that the Lacheys are generating from Netflix is undoubtedly adding to their substantial net worth.

Nick Lachey together with his wife Vanessa has also proven to be an ace in the real estate business. Investment into, as well as buying and selling of houses, is a great way to make money. The Lacheys bought a California home in 2011 for $2.85 million. Five years later they sold the house for an astounding $4 million.

Real estate is always a smart investment and the Lacheys have learned how to make millions from it.

Nick Lachey was born in Harlan in Kentucky but he moved to Cincinnati to attend Clovernook Elementary School and later the School for Creative and Performing Arts. Lachey later enrolled at Miami University in Ohio before joining the University of Southern California in the fall of 1992.

Nick Lachey was born to parents Cathalyn and John Lachey and his brother, Drew Lachey, is also a singer and an actor. He has worked closely with his brother in a professional capacity and although not much is known about his family life, he seems to have had a good relationship with both parents. 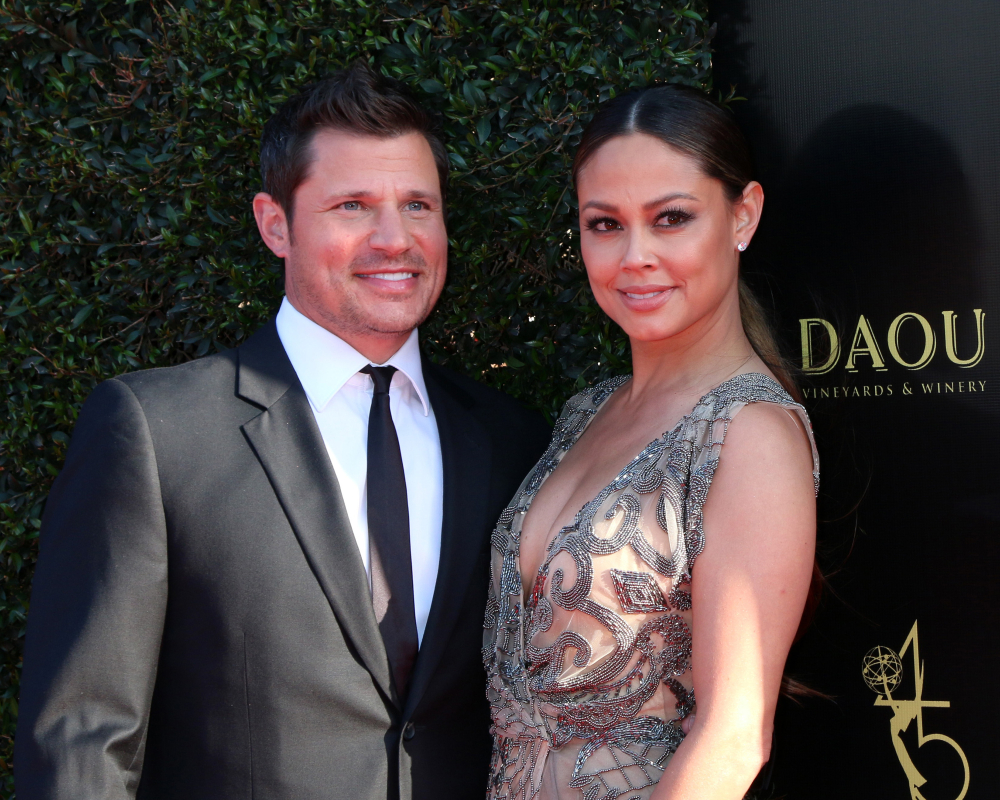 Nick Lachey met Jessica Simpson, a well-known singer at the time, through a shared manager at an event one fateful Christmas in 1998. The pair ran into each other once again at a Teen People event the year after that, and soon began dating. However, in 2001, the couple broke up for five months only to reconnect and start dating again after the 9/11 disaster.

In February of 2002, Nick asked Jessica to marry him and they were married on 26 October 2002 in Texas. Unfortunately, the marriage between Nick and Jessica was short-lived, and despite their show titled Newlyweds, the two announced their separation in November of 2005 after months of non-stop speculation by the paparazzi.

In December of 2005, Jessica Simpson filed for divorce officially due to what she deemed were irreconcilable differences. The divorce was finalized in 2006 and was a heavily publicized event.

Lachey then released a music video in 2006 called What’s Left of Me. The music video starred Vanessa Minnillo and soon after the release, Nick and Vanessa started dating. The two also suffered a breakup after they started dating in 2009, but the breakup didn’t last long and after approximately three months, the pair were back together again.

In November of 2010, Nick Lachey proposed to Vanessa Minillo and they got married in July 2011. The wedding was also a very public event and was filmed and broadcast on TLC. The beautiful wedding was held on the private island of Sir Richard Branson, Necker Island, which is part of the British Virgin Islands.

Now, Nick Lachey and Vanessa are still married and the pair have three children together, a daughter and two sons.

Nick Lachey is a guy that is in pretty good shape and this makes sense for a reality TV show host. He keeps up appearances by taking good care of himself. Nick Lachey stands 5 feet and 9 inches (175 cm) tall and weighs 167,5 pounds (76 kg). 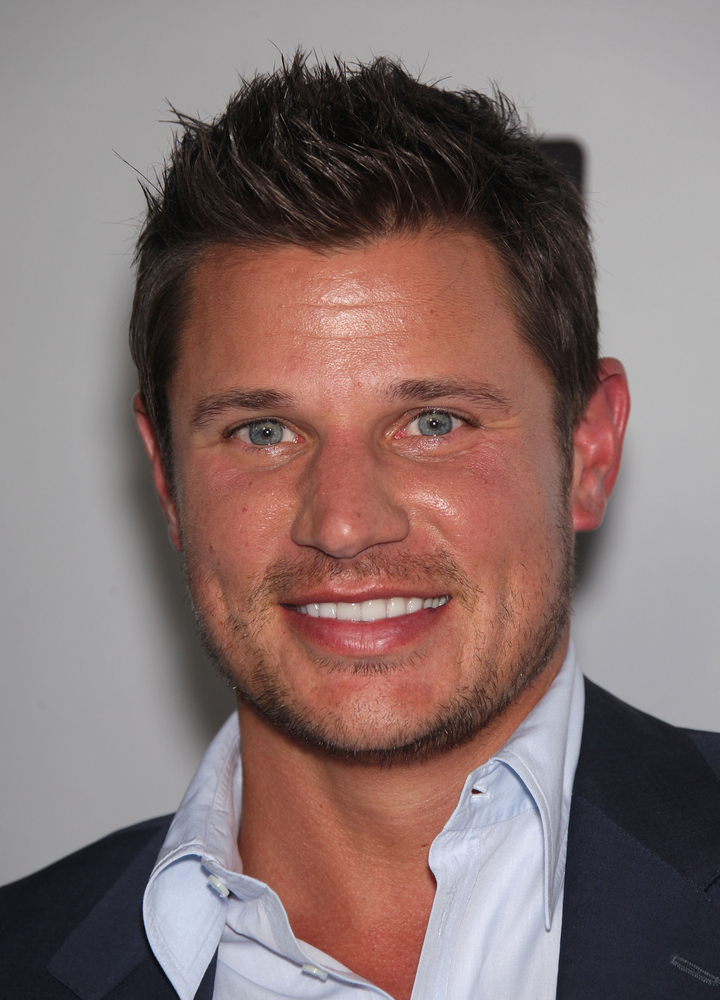 Nick Lachey kicked off his career as a singer. He started out fairly young in the mid-nineties singing alongside a friend at Kings Island. The friend, Justin Jeffre, and Lachey started performing with a group quartet in parks on Kings Island. This grouping together with others would soon become the building blocks of his career.

Sure enough, Nick Lachey became a member of the boyband called 98 Degrees soon after. The boyband was made up of Lachey, his brother Drew, Jeff Timmons, and the already mentioned Justin Jeffre. The debut album that the group released was also called 98 Degrees, but it didn’t see much success.

However, the group followed their debut album up with another which did turn out to be successful. This album was called 98 Degrees and Rising and it soon became a sensation, although the band wouldn’t ever be on the same level as other, more famous boybands.

Nick Lachey is a very successful man today and although he got started with 98 Degrees, the band cannot be credited with contributing very much to his net worth today. The band 98 Degrees sold approximately 10 million records. Although this is significant, it’s not where Lachey’s success truly lies.

Additionally, in more recent years, the band performed a single summer reunion show in Pennsylvania. This occurred at the Summer Mixtape Festival in August of 2012. It was their first concert in more than 10 years.

In 2003, Nick and his first wife Jessica Simpson launched their reality show called Newlyweds: Nick and Jessica. It was aired on MTV and after the initial success of the show, they launched The Nick and Jessica Variety Hour.

This TV special aired in 2004 and many compared it to The Sonny and Cher Show. This speaks to the popularity of the special and the ensuing success that Lachey enjoyed. The show Newlyweds won Favorite Reality Show at the People’s Choice Awards in 2005.

Soon after they received this accolade, the show was wrapped and stopped airing. After getting started with his TV career, Lachey decided to attempt singing again and launched a solo debut album called SoulO. Unfortunately, the album proved to be a failure commercially and Lachey returned to TV.

Lachey found some success again once returned to TV with a recurring role on Charmed that ran from 2004 to 2005. Additionally, Lachey was hired to star in the renowned television series One Tree Hill.

After the commercial failure of his debut solo album and after he left the record company that had put his new album on hold, Lachey started focusing more on television and producing.

He produced a musical reality show called Taking the Stage. The show centered around portraying the lives of students at the School for Creative and Performing Arts. The show premiered in 2009 on MTV. Once Lachey got a taste for producing, he seemingly couldn’t stop.

Nick Lachey the Producer and Contestant

It was during this time that Nick Lachey discovered his love for hosting reality TV shows. After his musical reality show premiered in 2009, Lachey hosted a four-part American competition focused on singing that featured acapella groups. This competition was done in four parts and was called The Sing-Off.

The show turned out to be fairly successful and Lachey was called back for the second and third seasons. This show then ran into 2010 on NBC. Lachey was also featured on NBC in a reality competition series featuring celebrities called Stars Earn Stripes. However, in this show, he was actually a contestant.

In 2014, Lachey resumed his role as the host of Big Morning Buzz Live on VH1. The show returned to the air in March 2014. Following the success of Stars Earn Stripes, Lachey was also called to be a celebrity taking part in the 25th season of Dancing with the Stars. He competed against his wife Vanessa, which made it all the more interesting.

As a celebrity on Dancing with the Stars, Lachey received a professional dance partner in the form of Petra Murgatroyd. To make the show even more interesting to watch, Murgatroyd’s husband would be paired with Lachey’s wife Vanessa. Nick Lachey was eliminated from the show on 23 October which resulted in them finishing in ninth place.

Although he had stepped down as a singer, Nick Lachey was still drawn to music. He would go on to host a musical competition called America’s Most Musical Family, a reality show, on Nickelodeon. This show premiered in November of 2019.

However, although Lachey had found success hosting, it wasn’t until very recently that he cemented his name as a reality show host. Nowadays, Nick is most well-known for hosting the reality show called Love is Blind on Netflix, and will soon be seen hosting another reality dating show on Netflix called The Ultimatum.

Nick Lachey’s net worth is $25 million and he shares it with his wife Vanessa Lachey. Although Nick got his start as a celebrity as a singer, he is nowadays best known for his work as a reality TV show host.

Lachey had a fairly unsuccessful career as a singer, but he has thrived in his work as a producer, as a contestant on reality shows, and hosting reality shows.