Fat Joe Net Worth – How Rich Is The Rap Star Today?

Fat Joe net worth is currently estimated to be at about approximately $4 million dollars USD. The bulk of Fat Joe net worth has come from his extremely successful career in the rap music industry, both as part of a famous group and as a solo artist with a long run of hit albums.

Who is Fat Joe? 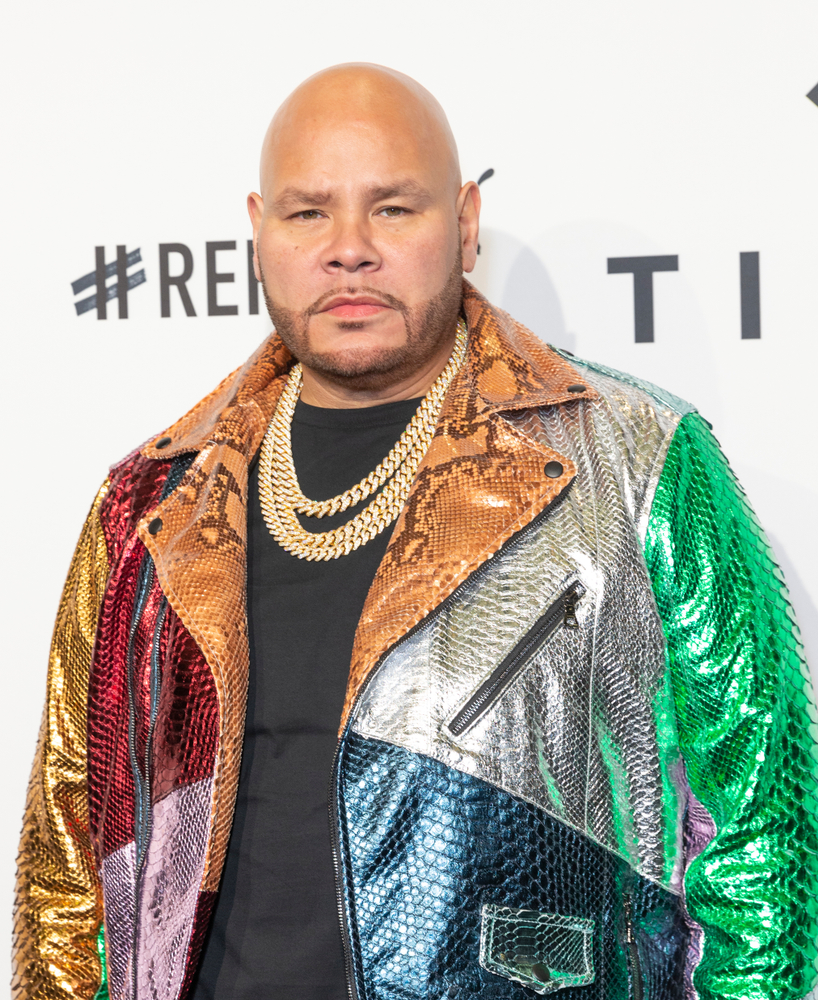 Fat Joe is a rap artist who started off as part of DITC, also known as Diggin’ in the Crates Crew, a New York-based hip hop musical group. Later on, Fat Joe set off on a successful career as a solo artist and became the head of his very own label called Terror Squad.

Fat Joe’s solo albums include Represent (which featured the smash hit song “Flow Joe”) and Jealous Ones Still Envy (J.O.S.E.). Fat Joe’s hit songs include “What’s Luv?”, “Lean Back”, “All the Way Up”, and “Make It Rain”. His real name is Joseph Antonio Cartagena. 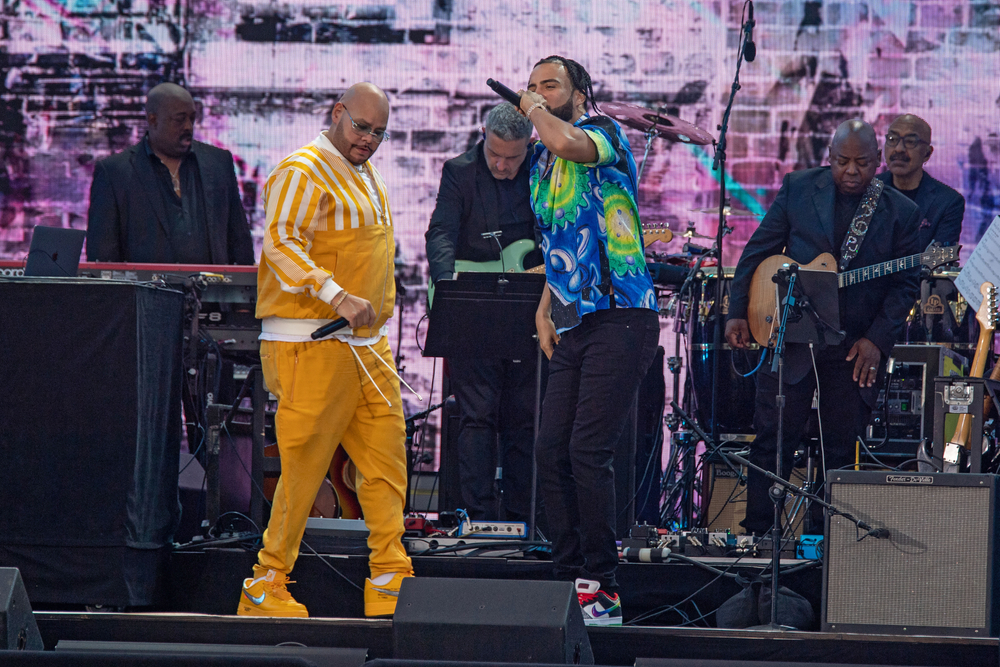 In the early 90s, Fat Joe and the rest of the musical group D.I.T.C. signed a contract with Relativity Records under his original longer stage name, Fat Joe da Gangsta. Fat Joe’s first solo album was called Represent and it came out in 1993.

Represent’s most famous and popular single was called “Flow Joe” and eventually landed on the top spot on Billboard Magazine’s Hot Rap Singles. Other songs on the album were “This Shit is Real” and “Watch the Sound”.

Fat Joe’s second album was called Jealous One’s Envy and came out in the year 1995. It eventually reached the seventy first spot on Billboard’s 200 and the seventh in the R&B Hip Hop charts. The first single, “Success”, ironically didn’t do very well but the second, “Envy” got to eighty place on Hot Rap Tracks.

Fat Joe around this time also made a guest appearance on LL Cool J’s “I Shot Ya”, which to this day he considers one of the greatest moments of his life and career.

Fat Joe’s third album dropped in September in the year 1998 and was called Don Cartagena, referencing his actual last name. It eventually reached the seventh spot on Billboard 200 and the impressive second spot on Top R&B Hip Hop albums.

Fat Joe’s 4th album, Jealous Ones Still Envy (J.O.S.E.) dropped in 2001, and had such notable names as Ja Rule, Ashanti, Busta Rhymes, Ludacris, and more feature on it. The album’s first single “We Thuggin’” amounted to a big hit for him. The album overall was massive, and went on to get platinum certification by the R.I.A.A.

Fat Joe’s next album, which came out the next year, Loyalty, isn’t do nearly as well.

The next year saw Fat Joe appearing in Thalía’s hit pop song called “I Want You”. In 2004, he and Terror Squad appeared on an album called True Story in a song called “Lean Back”. Fat Joe also appeared on Ivy Queen’s first album to be produced in English.

2005 saw the release of Fat Joe’s 6th album, All or Nothing, which featured “My Fofo”, a famous diss track against 50 Cent, who had himself dissed Fat Joe due to his working with the rapper Ja Rule. All or Nothing also had “Get It Poppin” and “So Much More”, along with appearances by stars such as Nelly, Eminem, and more.

50 Cent then reacted to “My Fofo” by recording his own new diss track “Piggy Bank”, which appeared on his next album, which was called The Massacre. Fat Joe responded himself by calling 50 Cent a “coward” while in an interview on a radio station. They then got into an in person conflict at the MTV Video Music Awards in 2005.

In 2006, Fat Joe put out a 7th album. It was called Me, Myself & I. This was Fat Joe’s first release to put out with his new Virgin Records deal. Lil Wayne joined him on the hit song “Make It Rain”. “No Drama (Clap and Revolve)” was the next big single from the album.

Fat Joe and 50 Cent’s rivalry continued to simmer and spark up throughout this period, culminating
in yet another diss track by 50 Cent about Fat Joe that was named “Southside Nigga (I’m Leaving)”.

In 2008, Fat Joe released his 8th album which he decided to call The Elephant in the Room. Its debut single had the name “I Won’t Tell” and had a guest appearance by J Holiday. It immediately landed in the 6th spot of Billboard’s Hot 100. The next single was “Ain’t Sayin’ Nuthin’”, which had Plies in a guest appearance.

When The Elephant in the Room failed to sell as well as Fat Joe had hoped, 50 Cent mocked him for it, putting up a fake video of Fat Joe’s funeral. In the video, he pretends to cry and then proudly announces that he is the one to cause the “death” of Fat Joe’s ability to sell records.

In July 2010, Fat Joe released his darkest album to date, deliberately called The Darkside Vol. 1. It featured Lil Wayne, Trey Songz, Busta Rhymes, Young Jeezy, and more in guest appearances. “(Ha Ha) Slow Down” was the first song, and the second was “If It Ain’t About Money”. The album was twenty seventh on Billboard 200.

When DJ Khaled remixed his popular track “Welcome to My Hood”, Fat Joe made a guest appearance on the song. Others on the track were Busta Rhymes, Ludacris, Birdman, T Pain, Waka Focka Flame, and others. The song is included on We the Best Forever, DJ Khalid’s 5th album.

Fat Joe put out a song called “So Excited” in which he collaborated with Dr Dre in August of 2017. In July of 2018, he did a song with Chris Brown called “Attention”. In December of 2019, Fat Joe and Dr Dre collaborated on an album called Family Ties.

Fat Joe was born in the Bronx, New York City, New York, United States of America on the nineteenth of August in the year 1970 under the name Joseph Antonio Cartagena. Fat Joe’s parents were Cuban and Puerto Rican respectively.

Fat Joe grew up in poverty in the projects, specifically one called Forest Houses in Morrisania, a neighborhood located in the South Bronx, New York City, New York, United States of America. From a very young age, Fat Joe was stealing things to help out his struggling family.

Today Fat Joe also expresses regret at having been a bully at that age. He was introduced to the music that would go on to shape his entire life, hip hop, by his beloved elder brother. 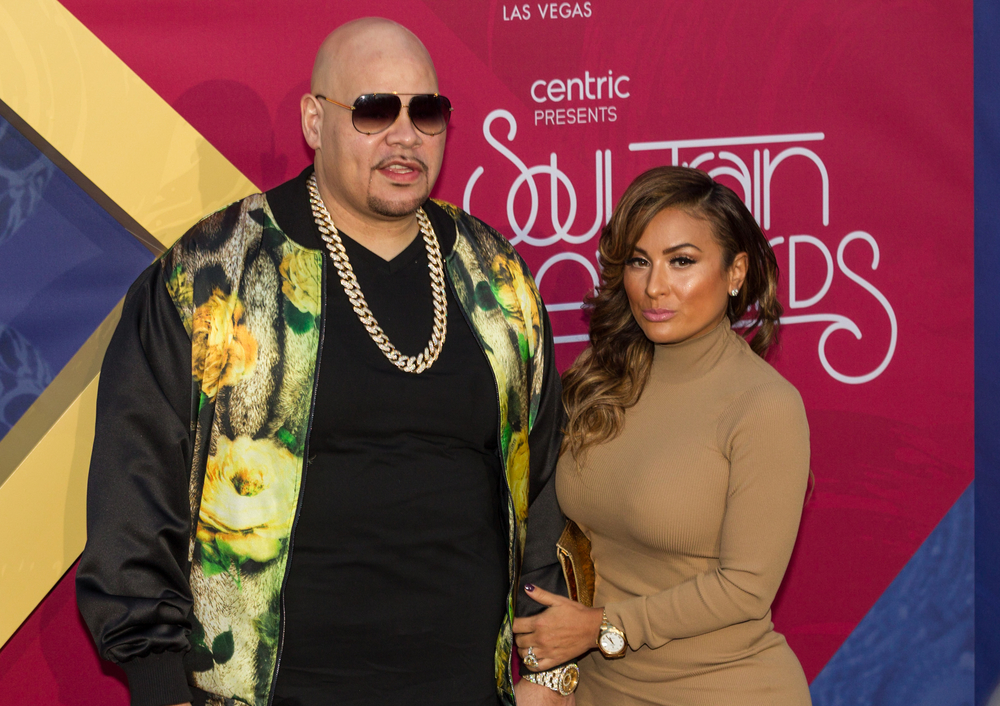 Fat Joe is a resident of Miami, Florida, United States of America, where he lives with his wife and 3 kids. Fat Joe’s name came from his large body size, but due to health problems that that has caused, he has attempted to shed pounds various times throughout his life. After losing eighty eight pounds, he released a song called “Drop a Body” to celebrate. Today, Fat Joe maintains a low carb diet to stay healthy.

Fat Joe has accounts on most of the major social media platforms, which helps him reach out to his fanbase.

Fat Joe uses his official public verified Facebook account to plug his music, music videos, live concerts and other similar appearances, merch, and more. This is a great help to Fat Joe net worth. Fat Joe also posts videos and photos of himself and with friends and colleagues in order to connect with his adoring fans.

On this popular social media platform, Fat Joe has approximately nine hundred and fifty six thousand followers as of the present time. Fat Joe is himself currently following nine hundred and twenty three people in return.

Fat Joe uses his official public verified Twitter account to plug his music, music videos, live concerts and other similar appearances, merch, and more. Fat Joe net worth grows thanks to this.

Fat Joe also posts videos and photos of himself and with friends and colleagues, and tweets his thoughts and observations in order to connect with his adoring fans.

On this popular social media platform, Fat Joe has approximately four and a half million followers as of the present time. Fat Joe is himself currently following one thousand, five hundred, and ninety nine people in return.

Fat Joe uses his official public verified Twitter account to plug his music, music videos, live concerts and other similar appearances, merch, and more via photos of himself, often with family, friends, and colleagues. Fat Joe net worth increases as a result of this.

Fat Joe does not currently have an official public LinkedIn business account. This, however, is perhaps not surprising as the sort of business networking that this service provides is not always the type that people in the music and/or entertainment industry would require, given how connected they already tend to be.

Should the situation ever change, however, and Fat Joe decide to sign up for a LinkedIn business account, we will be sure to update this page with that information. Our goal is to keep our readers informed of all of the latest news about Fat Joe net worth, life, and career.

Although there are many Fat Joe fan accounts and ones that claim to be him, Fat Joe himself does not seem to currently have a public verified official TikTok account.

This may seem surprising as it’s such a popular social media platform, especially for celebrities. Fat Joe is, however, from an earlier generation so it’s possible he feels less comfortable on this platform, which is largely used by younger people.

Should the situation ever change, however, and Fat Joe decide to sign up for a TikTok account, we will be sure to update this page with that information. Our goal is to keep our readers informed of all of the latest news about Fat Joe net worth, life, and career.