Ryan Seacrest Net Worth – How Rich Is The Entertainer Now?

Who is Ryan Seacrest? 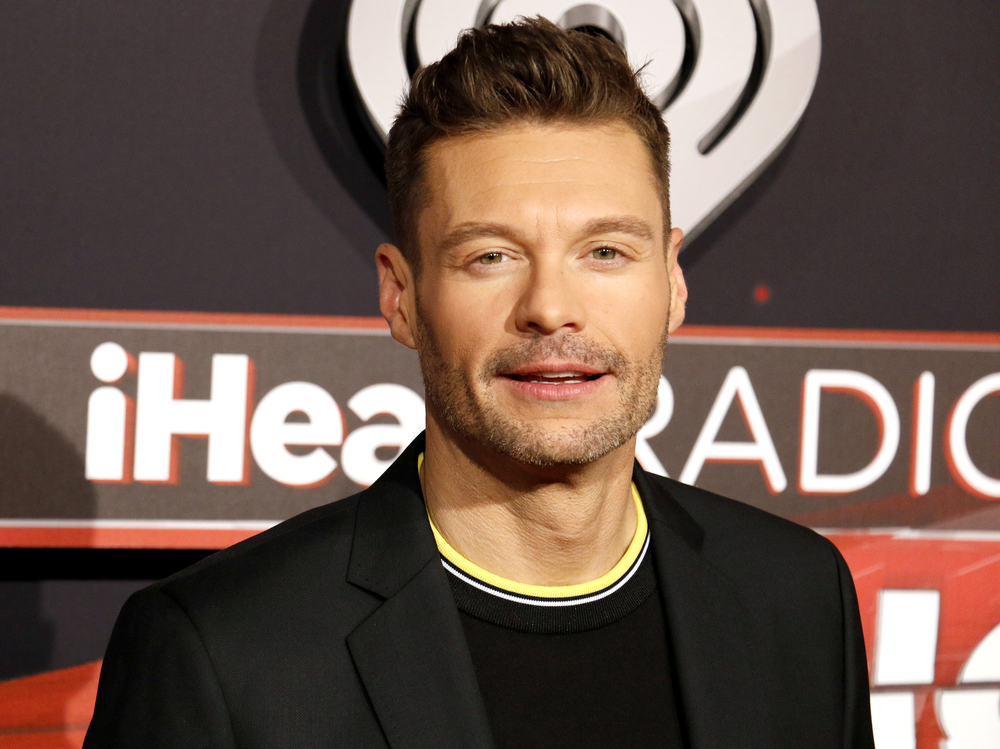 Ryan Seacrest (full name: Ryan John Seacrest) is a media personality and host as well as producer. Ryan Seacrest co-hosts the hit morning TV show Live with Kelly and Ryan on the ABC network, and has hosted numerous shows across various platforms, such as American Idol, On Air with Ryan Seacrest, and American Top 40.

From 2004 through 2013, Ryan Seacrest got Emmy nominations for his work on American Idol, and then another time in 2016. In 2010, he got an Emmy for being a producer of Jamie Oliver’s Food Revolution, and then a nomination for the same job in 2012. 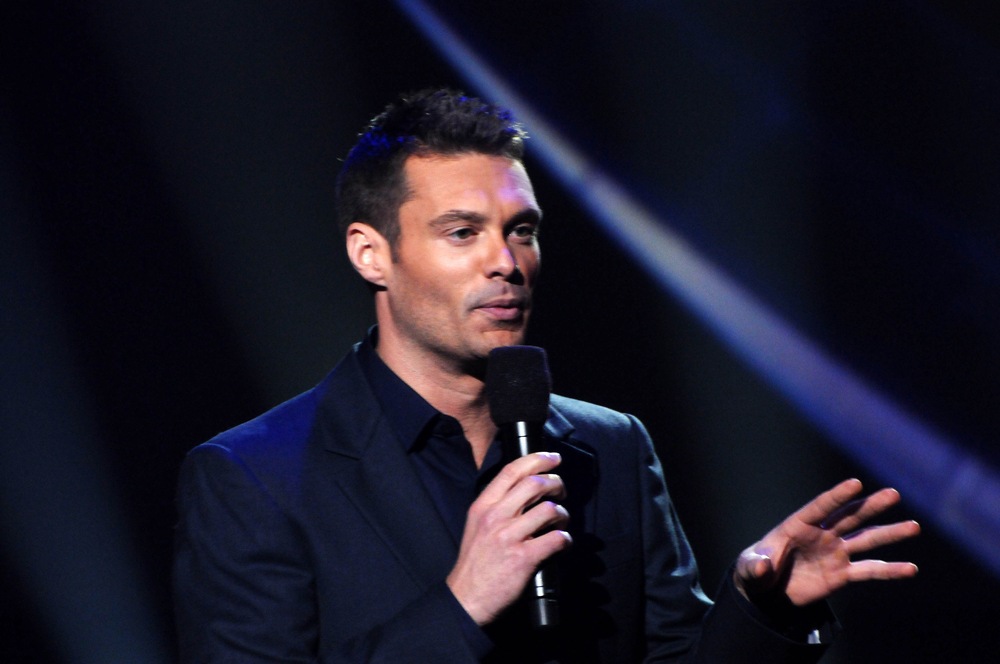 Ryan Seacrest also had a guest role on an episode of Beverly Hills 90210 called “The Final Proof”, playing the host of a fictional game show in the world of the show called Lover’s Lane. In 2000, Ryan Seacrest hosted The NBC Saturday Night Movie, running trivia contests during the ad breaks.

From 2001 through 2003, Ryan Seacrest hosted a prank show called Ultimate Revenge on TNN.

Ryan Seacrest’s career really took off beginning in 2002, when he was cast as co-host for the FOX reality show competition American Idol, along with a comedian called Brian Dunkleman. By the second season, he hosted the show alone. Ryan Seacrest became internationally famous as the show took off, with twenty six million viewers per week.

In 2003, Ryan Seacrest was also hosting a spinoff called American Juniors. In July 2009, Ryan Seacrest’s new deal with American Idol made him the highest paid host of reality TV back then. In 2012, he signed another 2-year deal for $30 million. He stayed host until the show ended in April 2016.

When an American Idol reboot was announced in 2017, Ryan Seacrest’s initial deal was over $10 million, proving how important he is considered to be to the success of the franchise.

In 2005, Ryan Seacrest became the co-host and executive producer of the long running annual tradition on the ABC Network, Dick Clark’s New Year’s Rockin’ Eve. Due to Dick Clark recovering from a stroke at the time, Ryan Seacrest took on the majority of the hosting himself.

Around this time, Ryan Seacrest also sometimes appeared on Larry King Live as a substitute host when Larry King was ill or otherwise unavailable.

By 2009, Ryan Seacrest’s role on the New Year’s Eve show had become so established that the show was retitled Dick Clark’s New Year’s Rockin’ Eve With Ryan Seacrest. After his death in 2013, Ryan Seacrest took over hosting duties, with Fergie and Jenny McCarthy appearing that year in co-host roles. His has hosted every year since.

Meanwhile, in 2006, the E! Network signed Ryan Seacrest on as a host for various shows, such as E! News and various red carpet shows, in a deal worth $21 million. He was also E! News’ managing editor.

In 2012, Ryan Seacrest also signed up for a deal with NBC Universal. As a result, he appeared on news shows, entertainment, the Olympics, the Today Show, and more. That same year, he left his regular E! News gig.

After Regis Philbin’s death, Live with Regis and Kelly took a year to find a replacement for Regis, ultimately deciding on Ryan, making the new name of the show Live with Kelly and Ryan.

As far as radio, beginning in 2004, Ryan Seacrest started hosting American Top 40, the show that had originally been Casey Kasem’s. That same year, he also started hosting the morning show On Air With Ryan Seacrest, taking over Rick Dee’s slot on the KIIS-FM station. Since 2017, he’s been broadcasting it from NYC.

In 2018, the Libarary of American Broadcasting Foundation inducted Ryan Seacrest into their Giants of Broadcasting & Electronic Arts, at their sixteenth annual ceremony.

Ryan Seacrest also runs Ryan Seacrest Productions. Adam Sher, his longtime agent, is the CEO of the company. Until early 2012, Comcast had a first-look rights deal for all of the shows that RSP produced.

In 2013, Ryan Seacrest designed a line of fashion and accessories called Ryan Seacrest Distinction with the company Randa Apparel & Accessories. The brand was sold exclusively through Macy’s department stores.

Ryan Seacrest also put out a line of men’s skincare with a dermatologist named Harold Lancer. The line was called Polished and had 5 items.

Prior to this, Gary Lee Seacrest had been a United States Army lieutenant. Meanwhile, his granddad, Henry Gene Skeen, had been a major general. Ryan Seacrest, however, grew up completely uninterested in the military but, according to his mom, instead put on shows, playing the host with a microphone from a young age.

Ryan Seacrest went to Dunwoody High School, and when he turned 16, got a radio internship at Atlanta’s 94.1 WSTR, where he received training in all different areas of radio show production by Tom Sullivan.

Once, when one of their regular DJs was sick, Tom Sullivan, who had a great deal of faith in him, had Ryan Seacrest go on the air in his place. He was so impressed with him that it wasn’t long before he gave Ryan Seacrest the regular overnight weekend shift.

Ryan Seacrest continued as a host at WSTR station until his 1992 high school graduation, when he moved on to the University of Georgia, his studies being in journalism. Meanwhile, however, he moved his radio show to an Athens, Georgia station nearby.

When he was only 19, however, Ryan Seacrest decided to leave school, moving to Hollywood, California, United States of America, to pursue a career in broadcasting on screen as well. Years later in 2016, however, the University of Georgia awarded him an honorary doctorate degree. That year, he gave the graduation commencement speech. 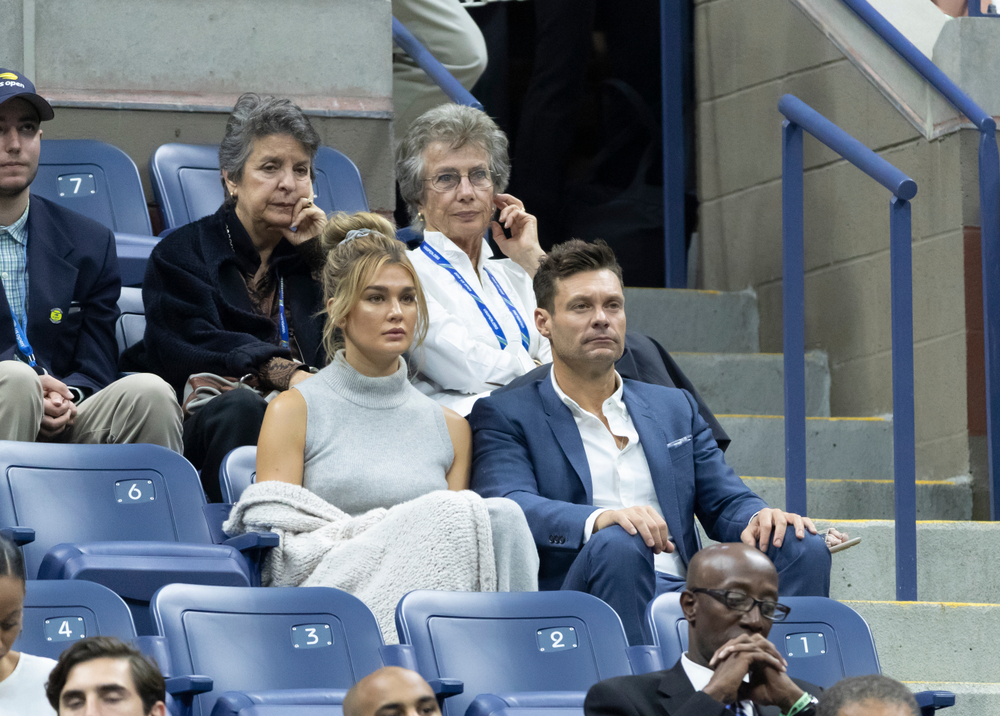 For two years, Ryan Seacrest was dating Sara Jean Underwood, a model, a relationship that ended some time around 2009. From 2010 through 2013, Ryan Seacrest was romantically involved with Julianne Hough, a dancer, singer, and actress known from Dancing with the Stars. From 2017 through 2020, he was with Shayna Taylor, a model.

In 2017, Ryan Seacrest had sexual harassment allegations brought again him by a former wardrobe stylist of his from the E! Network. Ryan Seacrest denied the allegations, and an E! Network internal investigation found that there wasn’t sufficient evidence to support the woman’s claims.

Ryan Seacrest has a robust presence across all forms of social media, which in turns also helps contribute to Ryan Seacrest net worth.

Ryan Seacrest mainly uses his official public verified Facebook account to post career updates, clips from his various shows, messages to his loved ones, acquaintances, and fans, photos of himself, information about his charity foundation, and so on and so forth. This method of connecting with his fans also helps Ryan Seacrest net worth.

On this popular social media platform, Ryan Seacrest has nearly 15 million followers as of the present time. Ryan Seacrest is himself following 589 accounts in return currently.

Ryan Seacrest mainly uses his official public verified Twitter account to share his thoughts and observations, career updates, clips from his various shows, messages to his loved ones, and so on and so forth. This method of connecting with his fans also contributes to Ryan Seacrest net worth.

Ryan Seacrest mainly uses his official public verified Instagram account to share photos and videos of himself, career updates, clips from his various shows, and so on and so forth. This method of connecting with his fans also helps Ryan Seacrest net worth continue to thrive.

Ryan Seacrest does not have a professional LinkedIn account. This is perhaps not surprising as celebrities at Ryan Seacrest’s level of success often don’t require the sort of business networking that this platform provides.

Should the situation ever change, however, and Ryan Seacrest decide to sign up for one, we will be sure to update this page with that information. Our goal is to keep our readers informed of all of the latest news regarding Ryan Seacrest net worth, career, and life.

Ryan Seacrest mainly uses his official public verified TikTok account to share fun videos of himself, often with messages to his fans. This method of connecting with his fans also adds to Ryan Seacrest net worth.