Lil Mosey’s Net Worth – How Rich Is The Rapper Now?

Lil Mosey’s net worth is a substantial amount for someone that is relatively new to the rap scene. Lil Mosey was born Lathan Moses Stanley Echols on 25 January 2002. He is professionally known as Lil Mosey and he became famous in 2017 with the release of his debut single.

This article will take a closer look at Lil Mosey’s net worth and how he accumulated it, his personal life, and his career. It will also delve deeper into the alleged rape case against Mosey and its current state.

Who is Lil Mosey? 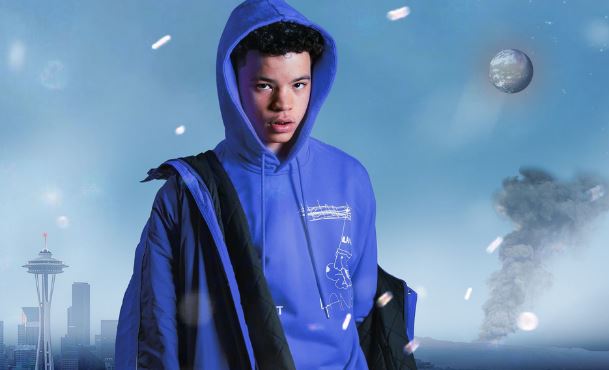 The hip-hop industry is a cutthroat business and it’s often difficult for young stars to make a name for themselves. Lil Mosey is a young rapper that has managed to earn the respect of veteran rappers and find success. Well-known artists including the likes of Chris Brown and Ice Cube have recognized Mosey as a bright young star.

These heavy hitters in the hip-hop industry naming Mosey as a potential star have done wonders for his career. Lil Mosey has had a fairly rapid rise to the top and amidst scandal, he is still set for success.

A lot of newcomers to the hip-hop scene fall into the mumble rapper category. The same could be said for Lil Mosey, although the star insists his style isn’t “mumble rap”. Regardless of the style, Lil Mosey has a very unique sound which is why his music is so memorable.

In previous interviews, Lil Mosey has said that he does mumble naturally and that is just the way he talks. He stated that although he has done his best to improve his speech, he simply sounds that way. He wasn’t trying to make mumble rap, but his natural mumble does occur in his music.

Lil Mosey describes his style as melodic and places an emphasis on the melody rather than the lyrics. Although he believes lyrics are important, he wants memorable melodies to be the focus of his music.

Lil Mosey’s net worth estimate currently stands at about $3 million. This is a substantial amount for any new rapper and speaks to the popularity of Mosey’s music. Lil Mosey has amassed an impressive net worth for someone who started their career while still in high school. He also hasn’t been active on the hip-hop scene for that long which makes his success even more impressive.

It takes a lot to be successful in hip-hop, mainly because there are so many great existing artists. The fans are used to certain styles from certain artists and there are so many artists that newcomers have a hard time finding success. However, Lil Mosey has beaten the odds and generated wealth for himself at a very young age.

Lil Mosey’s net worth has climbed early on in his career and if it continues to follow this trajectory, he is set for big things in his future.

Lil Mosey was born Lathan Moses Stanley Echols on 25 January 2002 in Washington in a city called Mountlake Terrace. His mother relocated him to Seattle at the age of two. He started showing an interest in music from a very early age and showed the beginnings of his journey at age ten.

Lil Mosey was raised by his mother in Seattle and attended Mountlake Terrace High School. In his tenth grade, he was transferred to Shorecrest High School.

In the year 2016, Lil Mosey released his very first song called So Bad on SoundCloud. Mosey was still in high school at the time and his mom was initially against the decision. However, for an unknown artist, the song rapidly rose in popularity and Mosey continued to upload music. It wasn’t long after that he discovered the public popularity of his music and decided to pursue it as a career full-time.

Although his mother was, initially, against his decision to pursue music full-time, she still showed her support. She wanted her son to have a normal life and be an ordinary kid, but greatness called for Lil Mosey. He wanted to focus all his attention on his music and so dropped out of school after his song Pull Up became successful. This was when he moved to Los Angeles to record music professionally.

Lil Mosey can still be considered a young adult or even adolescent at only twenty years of age. He is a Hispanic young man with a white mother and half Puerto-Rican, half-black father. The young star is slender and stands 5 feet 6 inches tall (167 cm) and weighs 132,7 pounds (60 kg).

Lil Mosey has a slim build and brown curly hair with dark brown eyes. He has a trademark in that he shaves two lines on one eyebrow and he has tattoos on both his hands.

In essence, this means that Lil Mosey wants his album to go platinum and that he wants to be a household name. In the rap industry, this is fairly difficult to achieve when you’re as young as Mosey, but for him, it looks to be possible. This assumption is made based on the big success he has already achieved even though he is still so new to the scene.

The Start of Lil Mosey’s Career

Lil Mosey started his music journey in 2016 by uploading his first track titled So Bad to SoundCloud. For an unknown artist, it rocketed to fame and rapidly generated 50 000 views. Later that same year, Mosey went on to compete at the Coast 2 Coast Live Seattle All Ages Edition music competition. He placed fourth in the competition and realized the popularity of his sound.

The true start of his music career happened when Lil Mosey released his debut commercial single titled Pull Up. It was his first released track and it generated more than 25 million views on YouTube. This all happened in the first 16 months after the track’s initial release, an unprecedented success.

The music video proved to be a great hit and was viewed a hair under 10 million times in just under two weeks.
In October of 2018, Mosey followed the success of his music video with the release of his debut studio album. The album is titled Northsbest and features eight tracks as well as his three hit commercial singles. The album also features one other artist in addition to Mosey, BlocBoy JB.

The Second Part of Lil Mosey’s Career Kicks Off

Lil Mosey had already garnered success as a rap artist with the release of his album and was excited to be considered a hip-hop artist. He released another studio album, his second, titled Certified Hitmaker. The album was first released in November 2019 and re-released in February of 2020 alongside the release of his single titled Blueberry Faygo.

The song Blueberry Faygo would later be Mosey’s highest-peaking song at number eight on the Billboard Hot 100.
Lil Mosey released another single titled Back at It featuring artist Lil Baby in 2020. Later in 2020 Lil Mosey also released a single titled Top Gone with Puerto-Rican artist Lunay. Both of these singles were featured on the deluxe edition of Certified Hitmaker which was re-released in 2020.

Although he has several successful tracks of his own, Lil Mosey has also collaborated with other artists. He has been featured in songs like Vicious by Tate McRae, No Honorable Mentions by Trippie Redd featuring Quavo, and Krabby Step from The SpongeBob Movie: Sponge on the Run with Swae Lee and Tyga.

In November of 2020, Lil Mosey released a lead single for a mixtape he had teased titled Jumpin Out the Face. This single was accompanied by another music video that also proved to be very popular. On his nineteenth birthday in 2021 Lil Mosey released a second single also for the teased mixtape titled Holy Water. This was followed by a third single titled Enough the very next week.

Lil Mosey’s Net Worth and His Career

A large part of Lil Mosey’s net worth can be attributed to the success of his own music. However, in 2020 he embarked upon an endeavor that also proved to add to his already considerable net worth.

Lil Mosey decided to open up his own record label in 2020. Lil Mosey’s record label is called Certified Hitmakers and he first signed Jae Lynx who released a debut single in November of 2020 titled Bad Girl Vibes. This proved to be fairly successful and Lynx released a second single titled Regrets with the label in January of 2021.

Not a lot is known about Lil Mosey’s personal life and his family. What is known is that Lil Mosey was raised by his single mother in Seattle where he spent a lot of his adolescence. His mother was white and his father was half-black and half Puerto-Rican. However, not a lot else is known about their family situation.

Currently, Lil Mosey is still unmarried and although he did have a girlfriend, her name was never made public.

In April of 2021, Lil Mosey was charged with second-degree rape. This occurred in Washington at a cabin where Mosey had apparently hosted a gathering of friends on January 5th of 2020. Lil Mosey was not an adult at the time of the alleged incident as he only turned eighteen on 25 January 2020.

The rape charge stems from the accusation that Lil Mosey engaged in sexual intercourse with someone who could not offer consent. He pleaded not guilty to the one count of second-degree rape.

There are multiple versions of the events of the night that has been recorded. Firstly, the alleged victim told the police that she had blacked out at the party after drinking too much and that she could not remember the events clearly. She has no memory of the rape. The allegations she made stem from the fact that she was told by other patrons that the rape had occurred.

The alleged victim had attended the party with a friend and the friend was also interviewed by the police. The friend said that the alleged victim had consensual sexual intercourse with Lil Mosey. She also remembers that other men forced themselves on the victim as well. Francisco P. Prater, one of these men, was also charged with rape alongside Lil Mosey.

A warrant for Lil Mosey’s arrest of $50 000 was issued on 21 April 2021. He had failed to show up for a court appearance regarding the rape case, but Lil Mosey’s attorney stated that Lil Mosey never received notice of the summons to appear in court. A deal was struck and Lil Mosey did appear in court on 27 April and again on 13 July at a pre-trial hearing.

Prater also failed to show up in court at his hearing and a warrant was also issued for his arrest. However, Prater failed to show again and so, his warrant is still active. A third man, Joshua D Darrow, was identified in the rape case as the third defendant. Darrow is now out on unsecured bail.

An American hip-hop artist, Lil Mosey’s net worth stands at $3 million. The young star rose to fame at a young age due to the popularity of his music on streaming services like YouTube and SoundCloud. Currently embroiled in a legal case involving one count of second-degree rape, Lil Mosey has pleaded not guilty and is currently out on bail.

The young artist has found success at a very young age and if he continues to follow this trajectory, he will be a hip-hop artist to watch in the future.