Busta Rhymes Net Worth – How Rich Is The Successful Rapper?

Who is Busta Rhymes? 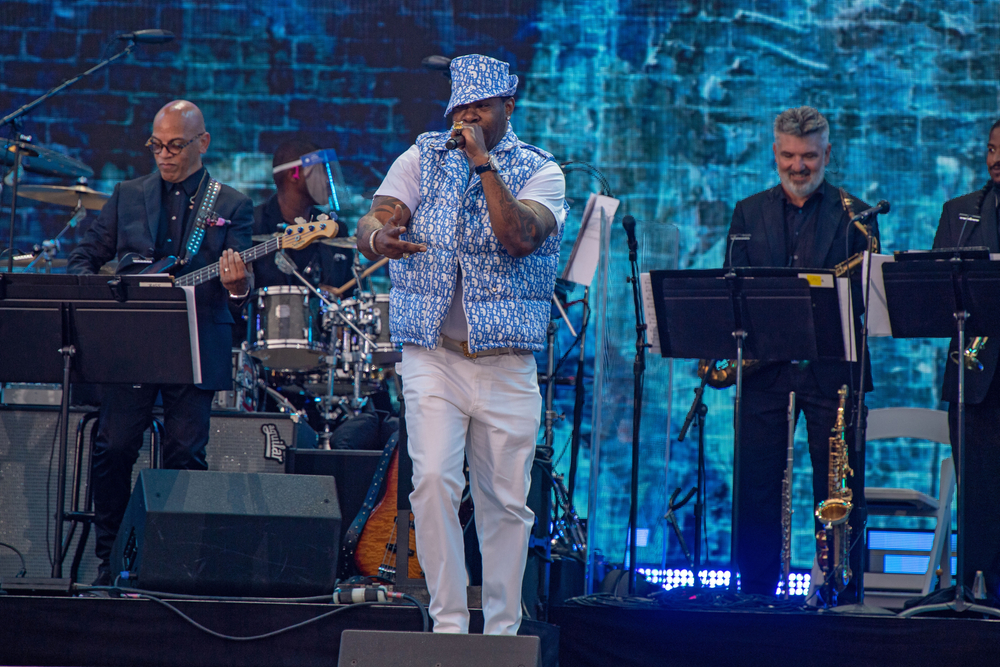 Busta Rhymes is a famous rap artist and actor who has had a long, illustrious career who has received more Grammy nominations than nearly any other musical artist in the history of the award, namely twelve, despite never actually winning.

Busta Rhymes has been called one of the greatest MCs of all time, as well as amongst the best rap artists of the 90s decade. The Source also listed him as one of the Top 50 Lyricists ever. Busta Rhymes’s most famous songs include “Turn It Up”, “Dangerous” and “Woo Hah!! Got You All in Check”. 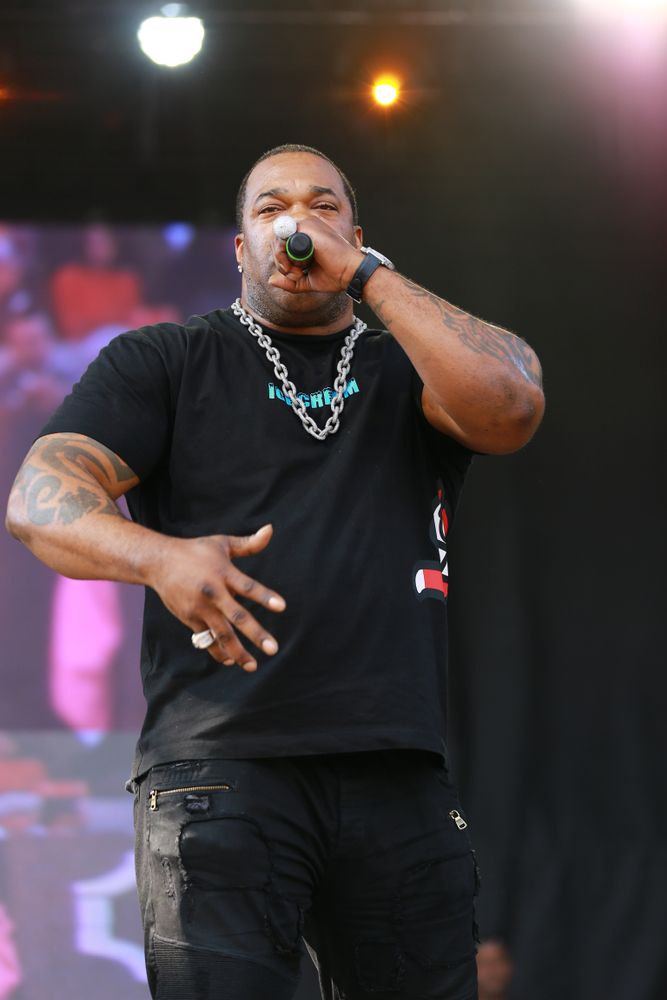 Leaders of the New School’s career started taking off when they landed the gig of being the hip hop music group Public Enemy’s opening act. Chuck D from that band is the one who gave Busta Rhymes his famous moniker, named after a famous National Football League player called George Buster Rhymes.

Leaders of the New School were together for about a year when they finally got the opportunity to put out their first album, which was via Elektra Records, and called A Future Without A Past… By the next year, they were collaborating with A Tribe Called Quest on a song called “Scenario”.

By the year after that, Leaders of the New School had dropped their next album, T.I.M.E. (The Inner Mind’s Eye). Busta Rhymes became praised in particular for the dexterity and complexity of his rhymes as well as a singular style that made him stand out amongst the pack of other New York City based rappers.

Busta Rhymes was also noted for fully embracing his Jamaican heritage in his music and style. Not only did he utilize Jamaican slang throughout his lyrics, but he wore the traditional Jamaican hairstyle of dreads. The other group members soon started to get jealous of Busta Rhymes’s particular popularity.

After a period of increased acrimony, Leaders of the New School broke up while they were filming an episode of the MTV reality show Yo! MTV Raps.

Throughout 1992, Busta Rhymes’s fame began to rise as well as Busta Rhymes net worth thanks to his appearing on songs by people and bands such as The Notorious B.I.G., Big Daddy Kane, A Tribe Called Quest, TLC, and Mary J. Blige.

He also made a cameo appearance in the film Who’s The Man? and then took on some more substantial acting in Strapped, directed by Forest Whitaker and costarring other rappers Bokeem Woodbine and Fredro, as well as John Singleton’s Higher Learning, costarring Omar Epps and Ice Cube.

After a few years of mostly focusing on collaborations with other major artists, Busta Rhymes dropped his first solo album, The Coming, in March of 1996.

The first single was “Woo Hah!! Got You All in Check”. In 1997, his second album, When Disaster Strikes, dropped, featuring “Fire It Up” and “Put Your Hands Where My Eyes Could See”. Busta Rhymes net worth rose enormously, making him one of the highest paid rap artists in the country.

1998 saw the release of his next album, Extinction Level Event: The Final World Front, which featured “Gimme Some More” (sampling the classic theme from Hitchcock’s Psycho), and he collaborated with Janet Jackson on a song called “What’s It Gonna Be?”

The song “Iz They Wildin Wit Us?” received particular praise for how jawdroppingly fast he rapped in it. This same, year, he also joined with a number of other rappers in a group called the Flipmode Squad.

Busta Rhymes dropped his final Elektra album, Anarchy, in 2000, then going on to sign up to J Records. The first release was Total Devastation: The Best of Busta Rhymes, a greatest hits, along with an album of all new music called Genesis, featuring “What It Is”, “Break Ya Neck”, and “Pass the Courvoisier, Part II”.

Busta Rhymes’s 6th album, It Ain’t Safe No More, came out in 2002 and included a song with the rest of the Flipmode Squad and Mariah Carey called “I Know What You Want”, along with “Make It Clap”. After those three albums, Busta Rhymes moved on to Aftermath Entertainment, run by Dr Dre.

After that album, Busta left the label as the result of an argument with one of the heads of the company, Jimmy Iovine.

As 2007 rolled around, Busta Rhymes collaborated with Linkin Park on a song called “We Made It” and wrote another song “Where’s My Money” for the massively popular Grand Theft Auto video game series.

By 2009, Busta Rhymes had signed up with yet another record label, this time the iconic Universal Motown, and in May, dropped his 8th album, Back on My B.S. It started off on the fifth spot on the Billboard 200 but overall didn’t sell as well as a lot of his previous albums.

Its most notable songs are “Arab Money”, “World Go Round”, “Respect My Conglomerate”, and “Hustler’s Anthem ‘09”. The first, “Arab Money” proved controversial and led to a ban of the album by the United Arab Emirates due to its stereotypes of Arabic people.

According to Busta Rhymes, the track was actually meant to be deeply respectful of Arab people, around whom he’d grown up, and the song was meant to be an embracing of the culture. Opinions on that continue to be mixed.

That same year, Busta Rhymes created his own label, The Conglomerate Entertainment, which would go to sign such rap music artists as Spliff Star and N.O.R.E. Busta Rhymes also collaborated with rap singers Diplo and Tiësto on a song called “C’mon (Catch ‘Em By Surprise)”.

It became his most successful song on the Billboard Hot 100, and hit the top spot on Hot R&B Hip Hop Songs. In 2011, Busta Rhymes was nominated by the Black Entertainment Television Hip Hop Awards a grand total of six times, although he didn’t end up win any of those awards for which he was nominated.

In many of that year, Busta Rhymes performed a number of his most famous songs on Big Brother Africa 6: Amplified, and then later that year, appeared at the notorious Gathering of the Juggalos, where he performed more hits for the crowds.

Busta Rhymes then appeared on a Techn N9ne album and perhaps even more surprisingly made a cameo on Justin Bieber’s version of “Drummer Boy” off of his first Christmas album, Under the Mistletoe.

By the end of 2011, Busta Rhymes had signed to yet another label, Cash Money Records. In conjunction with both Cash Money and his own label, Conglomerate Records, Busta Rhymes then went on to release “Why Stop Now” with Chris Brown, and then “Take You There” with Jodie Connor.

Shortly afterwards, Busta Rhymes recorded “Can You Keep Up” with rapper Twista, as well as appearing with Jadakiss and Kanye West on a song by Fat Joe called “Pride & Joy”.

Then 2012 saw Busta Rhymes drop his 9th album, Year of the Dragon, including cameos by Rick Ross, Lil Wayne, Gucci Mane, Robin Thicke, and Trey Songz. One of the album’s most famous songs is “Doin’ It Again”. Its video paid tribute to Chris Lighty, Busta Rhymes’s manager, who had tragically taken his own life.

Universal Motown then announced it was closing up shop, and so Busta Rhymes migrated to Republic Records, another label under the Universal umbrella. By the next year, Universal Republic was also going under, so Republic Records was itself established as its own standalone label.

At the end of that year, Busta Rhymes collaborated with the rest of The Conglomerate Entertainment on a joint mixtape called Catastrophic. On his song, Busta Rhymes joined forces with Pharrell Williams on “Twerk It”. A remix with Nicki Minaj came next.

In 2014, Busta Rhymes left both Cash Money and Republic due to yet more differences on a creative level, not long after putting out “Thank You” with prominent rap stars Lil Wayne, Kanye West, and Q-Tip, and “Devil”, a Cash Cash song with B.o.B. and Neon Hitch.

Busta Rhymes was born in East Flatbush, Brooklyn, New York City, New York, United States of America, on the twentieth of May in the year 1972. Busta Rhymes’s name at birth was Trevor George Smith Jr. Both of Busta Rhymes’s parents, Trevor Smith Sr and Geraldine Green, were born in the island Jamaica.

After living in Brooklyn for most of Busta Rhymes’ childhood, his family relocated to Uniondale, Long Island, New York, United States of America, when he was twelve years old.

Busta Rhymes at first went to school at George Westinghouse Career and Technical Education High School, which he attended with two people who would also one day be famous rappers: The Notorious B.I.G. (Christopher Wallace) and Jay-Z (Shawn Carter).

Busta Rhymes is the father of 6 kids: 3 boys and 3 girls, but as of now remains unmarried, as far as we know. Busta Rhymes considers himself to be part of the Five Percent Nation, an Islamic influenced Black nationalist movement also sometimes called the Nation of Gods and Earth, which originated in Harlem in 1964.

Busta Rhymes has been criticized for his homophobia. When confronted about it in an interview, he reportedly marched out, saying, “I can’t partake in that conversation…With all due respect, I ain’t trying to offend nobody…What I represent culturally doesn’t condone [it] whatsoever”. 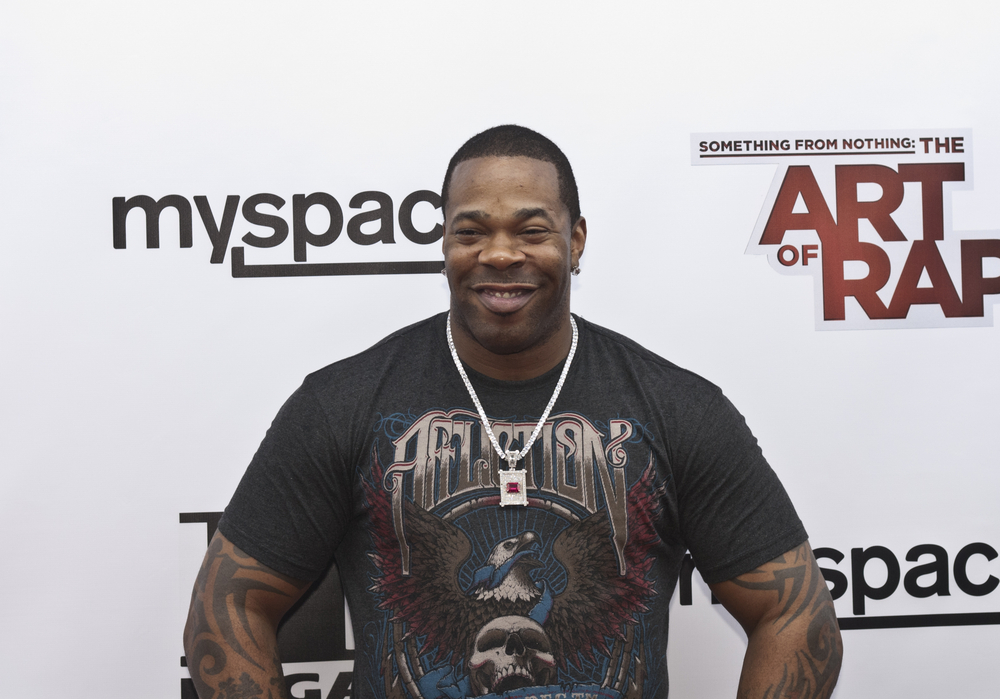 Busta Rhymes mainly uses his Facebook to post photos of himself, messages and updates to his fans, videos of himself, clips of his music, upcoming albums, performances, interviews, articles, and so on and so forth. Facebook is one of the many avenues for Busta Rhymes net worth to rise.

On this popular social media platform, Busta Rhymes has nearly four million followers as of the present time, and is himself following nine hundred and seventy one accounts in return as of last count.

Busta Rhymes uses his Twitter to post photos of himself, plugs for his upcoming work, music, albums, tours, live appearances, concerts, and so on and so forth. Busta Rhymes net worth is influenced by his Twitter, which he also uses to post messages to his fans, and his thoughts and observations.

On this popular social media platform, Busta Rhymes has nearly four million followers currently and is himself following two thousand and three hundred and seventy seven accounts in return as of the present time.

Busta Rhymes uses his public verified Instagram account to post photos of himself, often with friends and colleagues. He also posts photos from his concerts as well as video clips of his music, live concert appearances, messages to his fans, album and singles covers, posters, and so on and so forth.

Busta Rhymes does not appear to have a professional LinkedIn business account as of the present time. This is perhaps not surprising as the sort of business networking that this service provides does not tend to be needed by individuals doing as successfully as Busta Rhymes net worth.

With that said, should the situation ever change and Busta Rhymes decide to sign up for a professional LinkedIn business account, we will be sure to update this page with that information. This is because our goal is to keep our readers up to date with the latest news about Busta Rhymes net worth, life, and career.

Busta Rhymes does not use TikTok much, although as of the present time, he has posted a handful of videos, including fun videos of himself interacting with his fans, as well as rapping and producing his music.

Should Busta Rhymes start using TikTok more frequently in the future, we will be sure to update this page with that information. This is because our goal is to keep our readers up to date with the latest news about Busta Rhymes net worth, life, and career.