Jason Bateman Net Worth – How Rich Is The Netflix Star?

Who is Jason Bateman? 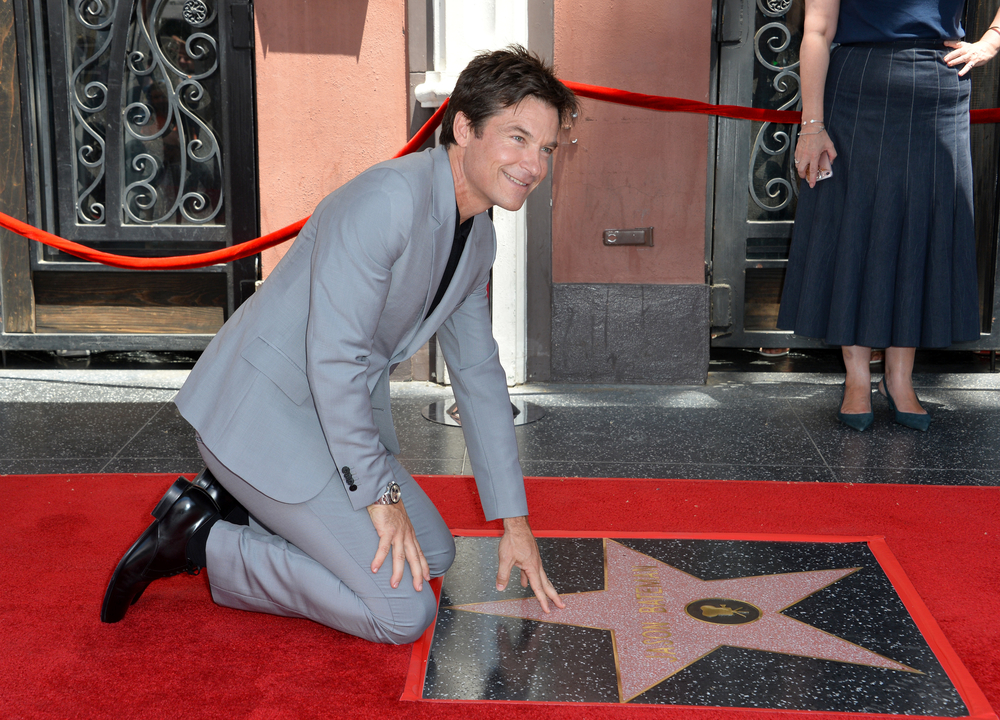 Jason Bateman, whose full name is Jason Kent Bateman, is an actor, producer, and director, whose acting career began on TV in the 1980s on Little House on the Prairie, Silver Spoons, and The Hogan Family. He also notoriously starred as the titular teen wolf in Teen Wolf Too, replacing Michael J Fox in the sequel to his hit film.

Jason Bateman’s most famous role happened in the ‘00s when he starred as Michael Bluth on the cult hit comedic series Arrested Development, a role that got him both a Golden Globe for Best Actor as well as a Satellite Award.

Jason Bateman’s other film roles include Juno, Hancock, Couples Retreat, Up in the Air, Extract, The Switch, The Change Up, Paul, Horrible Bosses, Horrible Bosses 2, This is Where I Leave You, Identity Thief, The Gift, Office Christmas Party, Game Night, and Disney’s Zootopia.

Ozark ran from 2017 through to 2022, and Jason Bateman won an Emmy for his direction that last year. The Screen Actors Guild also awarded him twice for his acting on it. Jason Bateman also played a recurring part on HBO’s The Outsider, two episodes of which he also directed. 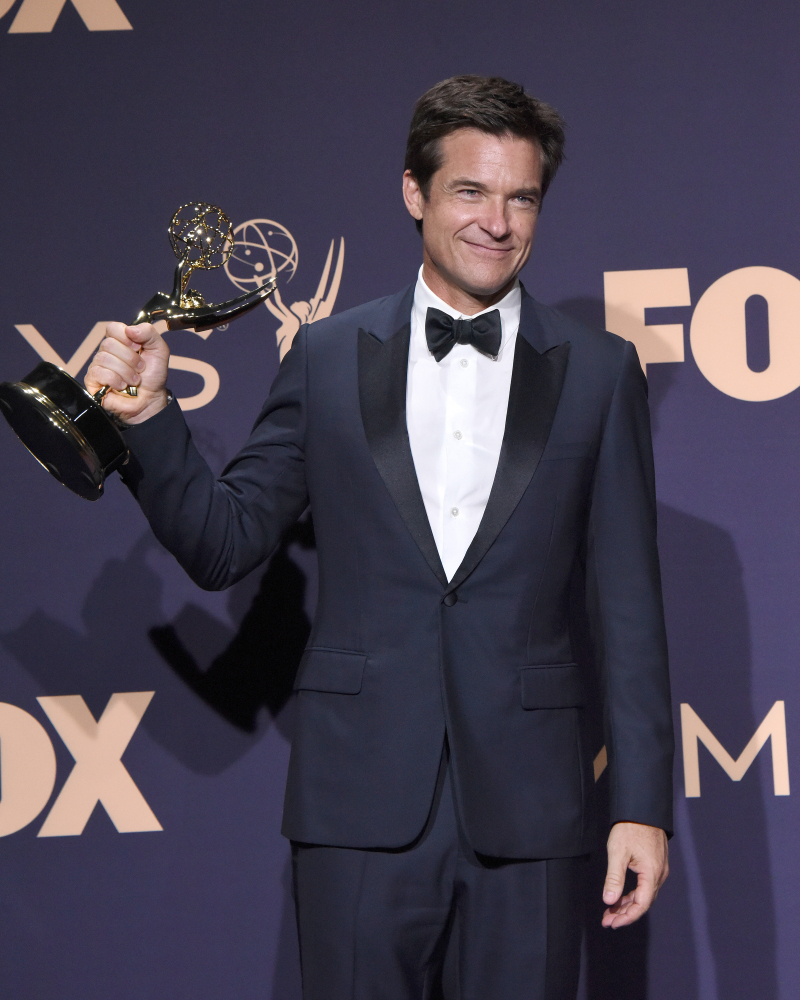 Jason Bateman’s first TV appearance was in 1980 in a Golden Grahams cereal commercial. He then appeared in the role of an orphan, James Cooper, who the Ingalls take in on the hit television series Little House on the Prairie, based on the classic books by Laura Ingalls Wilder.

In 1982, Jason Bateman was cast a Derek Taylor, the best friend of Ricky Schroeder’s character on the show Silver Spoons. He played the role for two years, until 1984. That same year, he had a guest spot on the TV show Knight Rider in its 3rd season. The episode was called “Lost Knight”. He did a number of other guest spots.

Jason Bateman was so popular on Silver Spoons that the producers of the show cast him as the lead of their next show, It’s Your Move, in the role of Matthew Burton. The show only lasted five months.

In 1987, he was on the men’s team in the first week of Win, Lose, or Draw, the Pictionary like game show. Legendary actor Burt Reynolds was also on his team.

Jason Bateman became something of a teen idol, not only due to Silver Spoons but then in the role of David Hogan on the show The Hogan Family.

This show had a bit of a strange history. It was originally a vehicle for Valerie Harper called Valerie, but after she left the show, it was retitled Valerie’s Family, then finally The Hogan Family.

The Hogan Family also gave Jason Bateman his earliest directing credit. It also made him the youngest director to ever be a member of the Directors Guild of America. He was only eighteen at the time he directed three episodes of the show.

Once the show finished, Jason Bateman starred in the flop film sequel to Teen Wolf, Teen Wolf Too, which nevertheless made him internationally famous.

The ‘90s weren’t as great for him as the previous decade. He appeared on four shows over the course of the decade, all of which were swiftly cancelled: Simon, George & Leo, Some of My Best Friends, and Chicago Sons.

Jason Bateman did a TV film with Anthony Quinn and Katharine Hepburn called This Can’t Be Love. In 1999, Jason Bateman directed on episode of the show Two of a Kind. In 2002, Jason Bateman played Thomas Jane’s brother in The Sweetest Thing.

Then 2003 came around, and Jason Bateman finally got what is considered to be his definitive role in Arrested Development, an innovative sitcom that was a critical darling if somewhat low in the ratings. Despite that, it gained a massive, thriving cult following over the years, even though it only ran for three seasons initially.

Jason Bateman won the Best Actor in a TV Comedy Series award at the Golden Globes for playing Michael Bluth, as well as receiving a nomination at the Emmys in 2005. Netflix revived the show in 2013 for two seasons.

In 2005, Jason Bateman hosted Saturday Night Live. In 2006, Jason Bateman had a guest appearance on the hit NBC sitcom Scrubs as a garbage collector who kept ostriches for his pets, named Mr Sutton. In 2009, Jason Bateman voice acted on the show Sit Down, Shut Up, as a phys ed teacher.

In 2017, Jason Bateman took an acting role on the Netflix show Ozark, as well as directing it. Jason Bateman played Marty Byrde, a financial advisor forced to move his family to another state, namely Missouri, so he can perform money laundering for the benefit of a drug cartel in Mexico.

Jason Bateman won the SAG Award for Best Actor in a Drama Show for the role. As far as film, in 2004, Jason Bateman appeared in Dodgeball: A True Underdog Story as well as the film version of Starsky & Hutch, the hit 70s buddy cop show. In 2006, Jason Bateman was in The Break Up with Vince Vaughn.

In 2007, Jason Bateman did the films Smokin’ Aces with Ben Affleck, The Kingdom, Juno, and Mr Magorium’s Wonder Emporium. In 2008, Jason Bateman was in the film Hancock starring Will Smith along with Charlize Theron, who’d had a memorable recurring role on Arrested Development as his love interest.

In 2009, Jason Bateman was in Mike Judge’s film Extract, as well as Couples Retreat, again with Vince Vaughn, along with Kristen Bell. In 2010, he starred in a romcom with Jennifer Aniston called The Switch. In 2011, he played Lorenzo Zoil, an FBI agent in the sci fi alien comedy Paul, as well as The Change Up and Horrible Bosses.

In 2012, Jason Bateman and Will Arnett co executive produced a documentary called Mansome, which comedically observed male identity as viewed through the prism of their grooming habits. That same year, he played his first dramatic film role in Disconnect, a thriller.

In 2013, Jason Bateman co starred with Melissa McCarthy in Identity Thief. He also that year directed his first film, Bad Words, and also acted in it.

In 2014, Jason Bateman appeared in Horrible Bosses 2 and This Is Where I leave You. In 2014, he performed the voiceover narration for Pump, a documentary. In 2015, Jason Bateman starred in a thriller called The Gift, directed by and also starring Joel Edgerton.

Jason Bateman got a great deal of praise for his voice work as Nick Wilde the fox in Disney’s animated film Zootopia, released as Zootropolis in the United Kingdom and some other countries.

In 2018, Jason Bateman starred in Game Night, which he also produced. His role got him a nominations from the Critics Choice Awards and San Diego Film Critics Society. Jason Bateman has a podcast with Sean Hayes and Will Arnett called SmartLess that launched in July 2020.

Jason Bateman faced his first real controversy when he, along with Tony Hale and David Cross, co stars from Arrested Development defended co star Jeffrey Tambor’s behavior on the set of the show despite the fact that Jessica Walter, who played Tambor’s wife on the show, was on the verge of tears describing his treatment of her.

Days later, all of the men released apologies to Jessica Walter. For some people, Jason Bateman’s nice guy image never fully recovered from that, however.

His mum, Victoria Elizabeth, is English, having been born in Shrewsbury, England, United Kingdom, and worked as a Pan Am flight attendant at the time. His dad, Kent, is an actor, director, and writer of TV and film, and also founded a repertory theatre company in Los Angeles, California.

Jason Bateman doesn’t have a high school diploma due to the fact that finals were happening when he was in the midst of Teen Wolf Too’s filming and he never got around to completing them.

According to Jason Bateman, his sister, Justine, and him, supported their parents with their acting careers. Until Jason was twenty, his dad was also his manager. 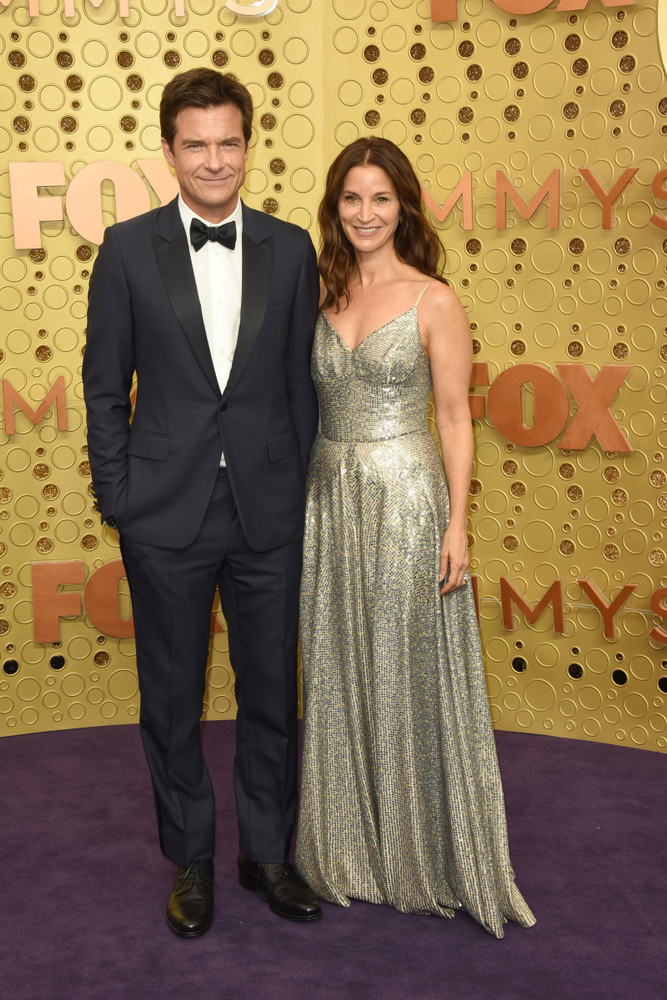 Jason Bateman’s wife is Amanda Anka, whose father is Paul Anka, the famous singer. They got married on the third of July in the year 2001 and have two children, both girls. Jason Bateman spent most of the ‘90s decade addicted to drugs and alcohol. Jason Bateman is a huge fan of baseball, specifically the L A Dodgers.

Jason Bateman has only a small social media presence, only using Twitter to connect with his fan base, which contributes to Jason Bateman net worth.

Jason Bateman uses his Twitter account to post his thoughts and observations, plug his latest projects and podcast, and to connect with his fans, which helps contribute to Jason Bateman net worth.

Jason Bateman’s height is not a matter currently available in the public record. However, it has been estimated as being about 5 feet and 11 inches, or 180 centimeters, or 1.80 meters.

Jason Bateman’s weight is not a matter that is available in the public record. However, it is currently estimated as being at about approximately 167.5 pounds or 76 kilos.