Val Kilmer Net Worth – How Rich Is The Actor Now?

Val Kilmer net worth is currently estimated as being at somewhere between $25 million and $30 million. The majority of Val Kilmer net worth has come from his enormously successful career as an actor in the mainstream Hollywood motion picture industry.

Who is Val Kilmer? 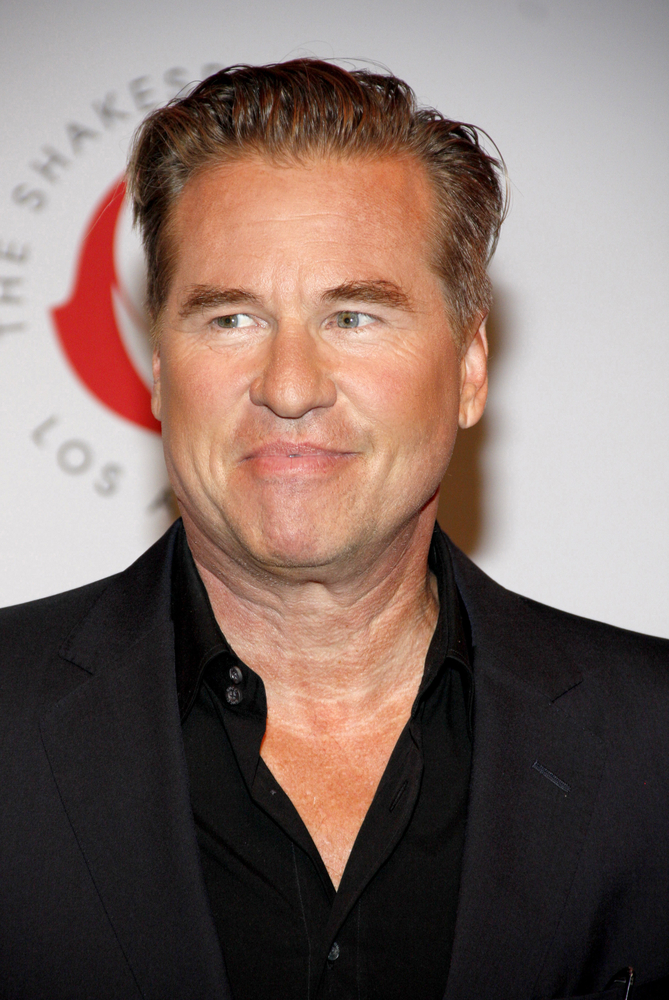 Val Kilmer is a very well known and admired Hollywood actor. Val Kilmer began on stage but soon after became famous due to such 1980s Hollywood films as Top Secret!, Real Genius, Top Gun, and Willow.

Throughout the 90s, Val Kilmer played a slew of biographical roles in films such as The Doors, True Romance, Tombstone, The Ghost and the Darkness, Wonderland, and Alexander. Val Kilmer is also very well known for playing Batman, along with his alter ego Bruce Wayne in the smash hit Batman Forever. 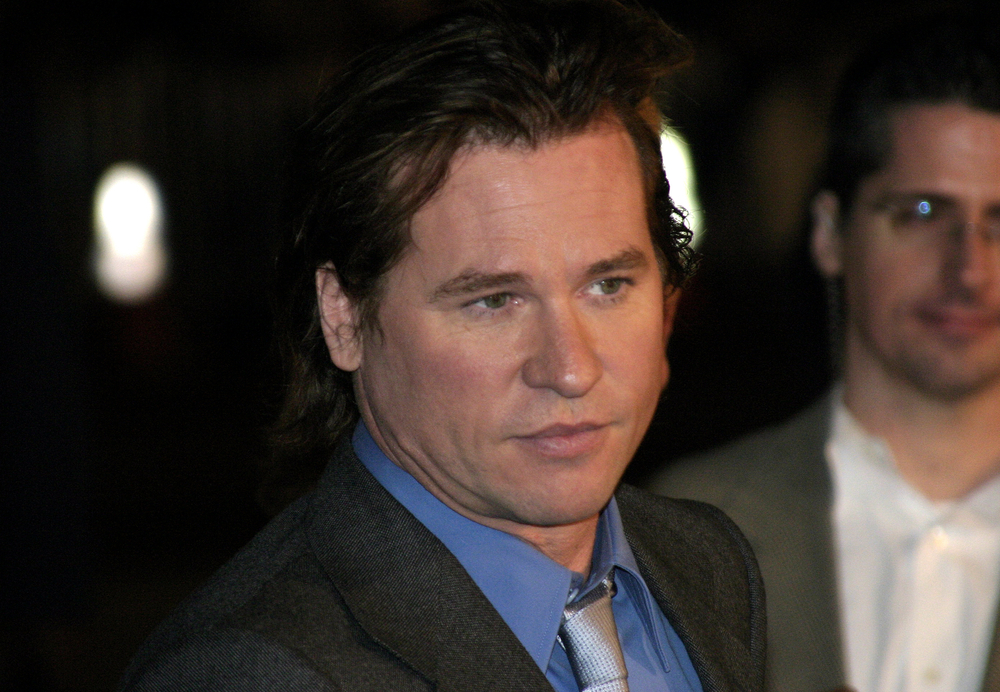 When Val Kilmer was still a student at Juilliard in 1981, he co wrote a play called How It All Began, in which he also had the starring role. The play was put on at the prestigious Public Theater for the world famous New York Shakespeare Festival.

This set off a theatre career that included an off Broadway role in a play called The Slab Boys that also starred Jackie Earle Haley, Kevin Bacon, and Sean Penn in 1983.

Around this time, Val Kilmer also co starred with an also pre famous Michelle Pfeiffer in One Too Many, an ABC After School Special that preached against the dangers of drunk driving. Val Kilmer also wrote a poetry collection called My Edens After Burns, which he self published.

Val Kilmer’s next big role as starring in Real Genius, a sci fi infused comedy film from 1985 about a group of extremely gifted science students at a university. He played the slacker genius hero of the film.

He then took on the role of Iceman in the Tom Cruise helmed mega hit Top Gun. A massive global success, the film made over three hundred and forty four million dollars, catapulting Val Kilmer to fame.

Val Kilmer then appeared in The Man Who Broke 1,000 Chains and The Murders in the Rue Morgue, both TV movies before being cast by George Lucas in his epic fantasy film Willow. Val Kilmer’s role was that of a knight called Madmartigan. It was on set of Willow where he met Joanne Whalley, who he’d eventually marry.

In 1988, Val Kilmer returned to stage acting, playing the iconic role of Hamlet at the Colorado Shakespeare Festival, and the very next year, he co starred with Joanne Whalley again in Kill Me Again. And his next big film role was in Billy the Kid, a TV movie for the TNT channel.

The next huge break in Val Kilmer’s career was his legendary role as Jim Morrison, the lead singer of The Doors in Oliver Stone’s film of the same name. Val Kilmer immersed himself in the role prior to filming. For nearly a year, he dressed like Jim Morrison, and hung out at many of Morrison’s old spots.

Once the film came out, Jim Morrison received enormous critical acclaim. The other members of the band were so impressed they said that they literally couldn’t tell the difference between Jim Morrison’s actual voice and the one Val Kilmer put on for the film.

Val Kilmer’s next run of films were Thunderheart, a thriller, The Real McCoy, a comedy action film, and True Romance, a Quentin Tarantino written film in which Val Kilmer played legendary singer Elvis Presley. Val Kilmer then appeared in the Kurt Russell starring Tombstone, a Western in which he played the historical Doc Holliday.

Val Kilmer then did Wings of Courage in 1995, followed by Heat, which also featured Robert De Niro and Al Pacino.

Joel Schumacher was so blown away by Val Kilmer in Tombstone that, when Michael Keaton decided to not come back for the third Batman film, Batman Forever, which Schumacher was directing, he cast Val Kilmer as Batman.

Despite mixed reviews, Batman Forever was a huge hit from a financial perspective. This was great for Val Kilmer net worth.

Despite some prominent praise for his performance in particular, even Bob Kane, one of the co creators of the world famous character, Val Kilmer decided not to come back for another film because he felt the character was getting less focus than the villains. According to rumors, he and Schumacher also didn’t get on.

In 1996, Val Kilmer appeared with Marlon Brando in a film of The Island of Dr Moreau, and then with Michael Douglas in The Ghost and the Darkness. In 1997, he appeared in The Saint as Simon Templar.

A film that might have been a career highlight, Alexander, about Alexander the Great, which saw him reuniting with Oliver Stone, didn’t do as well as he’d hoped though, being poorly received both critically and by audiences.

Val Kilmer’s next highly praised film was Kiss Kiss Bang Bang, a rip roaring action comedy co starring Robert Downey Jr. The film got great reviews but unfortunately never got a wide release, leading to it winning a Most Overlooked Film of the Year Award. It was given out by the Phoenix Film Critics Society.

Then in 2006, Val Kilmer co starred with the famous African American actor Denzel Washington in a film called Déjà Vu, which also did extremely well with audiences. That same year, the musical group Bowling for Soup named a song after him called “Val Kilmer” on an album they called The Great Burrito Extortion Case.

Next, Val Kilmer appeared with Nicholas Cage in Bad Lieutenant: Port of Call New Orleans, a film directed by Warner Herzog. This was followed by an appearance in a film called Streets of Blood with the rapper 50 Cent. In 2009, he then appeared in a TV show based on the video game and comic XIII, playing a villain called Mongoose.

In 2010, Williams Woods University, located in Fulton, Missouri, United States of America, granted Val Kilmer an honorary doctorate degree. While there, he also put on a production of the one man play he’d written called Citizen Twain.

Val Kilmer was born (full name: Val Edward Kilmer) on the thirty first of December in the year 1959 in Los Angeles, California, United States of America.

Val Kilmer’s dad’s name was Eugene Dorris Kilmer. He distributed equipment for aerospace for a living, in addition to being a developer in the property industry. He was of German, French, Scottish, Irish, and English descent.

Val Kilmer’s mother’s name was Gladys Swanette, her maiden name being Ekstadt. Her family was Swedish. The two got a divorce when Val Kilmer was only eight, in the year 1968. Two years later, Val Kilmer’s mom remarried, to a man named William Bernard Leach.

Val Kilmer also had a brother who was younger than him. He was called Wesley Kilmer, and tragically died when he was only fifteen years old. Wesley suffered from epilepsy and drowned in a tragic jacuzzi accident.

Val Kilmer went to high school with such later famous actors as the now disgraced Kevin Spacey and Mare Winningham, who Val began to date. After high school, the prestigious Juilliard School offered him a spot in their drama school. Val Kilmer was, back then, the youngest person to ever have been granted the honor. 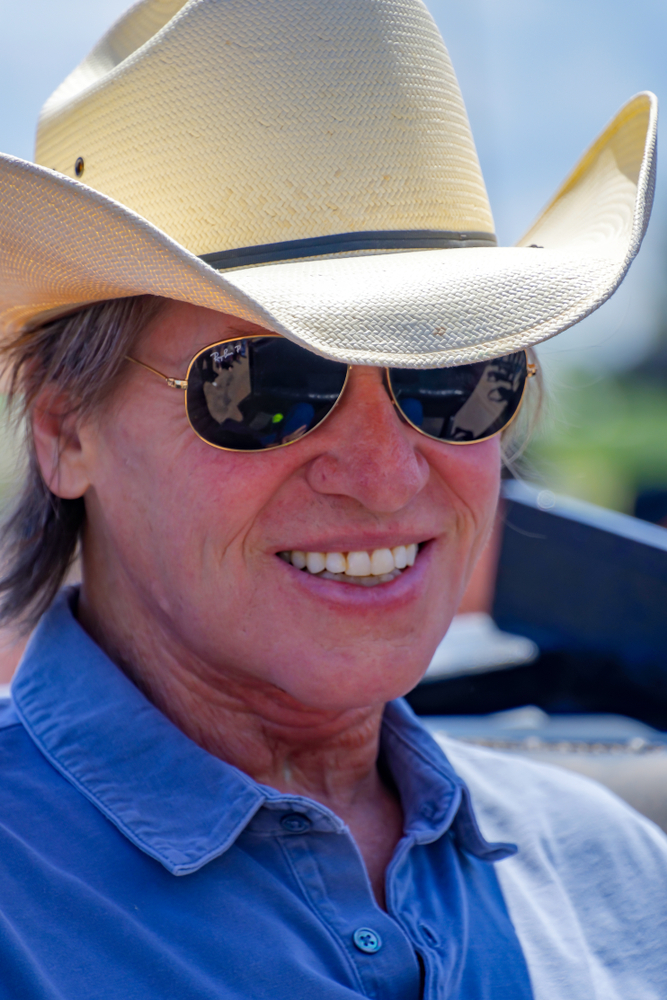 Over the years, Val Kilmer has been romantically involved with many famous women, including Ellen Barkin, Daryl Hannah, Cher, Angelina Jolie, and Cindy Crawford. From 1988 until 1996, Val Kilmer was married to another famous actress, Joanne Whalley, who he met when she co starred with him in George Luca’s cult fantasy Willow.

Val Kilmer and Joanne Whalley are the parents of two children: Mercedes, a girl born in 1991, and Jack, a boy born in 1995.

Val Kilmer is very politically minded. In 2005, Val Kilmer helped New Orleans during its disaster relief just after Hurricane Katrina. Val Kilmer has also used his platform to speak for Native American rights and to advocate for the protection of our environment. In 2010, Val Kilmer temporarily pondered running for governor in New Mexico.

In 2015, Val Kilmer was hospitalized for what was rumored to be a tumor, and although he denied it at the time, in 2017, it was revealed that he had had throat cancer at the time. This ordeal involved both chemotherapy and multiple tracheotomies.

Val Kilmer mainly uses his Facebook to plug recent information about his latest projects in order to aid in their success, which helps Val Kilmer net worth as well.

On this popular social media platform, Val Kilmer has approximately two hundred and sixty thousand followers as of the present time. Val Kilmer is himself following seventy four accounts in return currently.

Val Kilmer mainly uses his Twitter to plug recent information about his latest projects in order to aid in their success, which also helps Val Kilmer net worth.

On this popular social media platform, Val Kilmer has approximately four hundred and twenty one thousand followers as of the present time. Val Kilmer is himself currently following three hundred and eighty five accounts in return.

Val Kilmer mainly uses his Instagram to plug recent information about his latest projects in order to aid in their success, which is of course also a boon to Val Kilmer net worth.

Val Kilmer does not have a LinkedIn account as of the present time. Should the situation ever change and Val Kilmer sign up for a LinkedIn account, we will be sure to update this page with that information. Our aim is to keep our readers informed about all of the latest news about Val Kilmer net worth, life, and career.

Val Kilmer does not have a TikTok account as of the present time. Should the situation ever change and Val Kilmer sign up for a TikTok account, we will be sure to update this page with that information. Our aim is to keep our readers informed about all of the latest news about Val Kilmer net worth, life, and career.