George Lopez Net Worth – How Rich Is The Comedian & Actor?

Who is George Lopez? 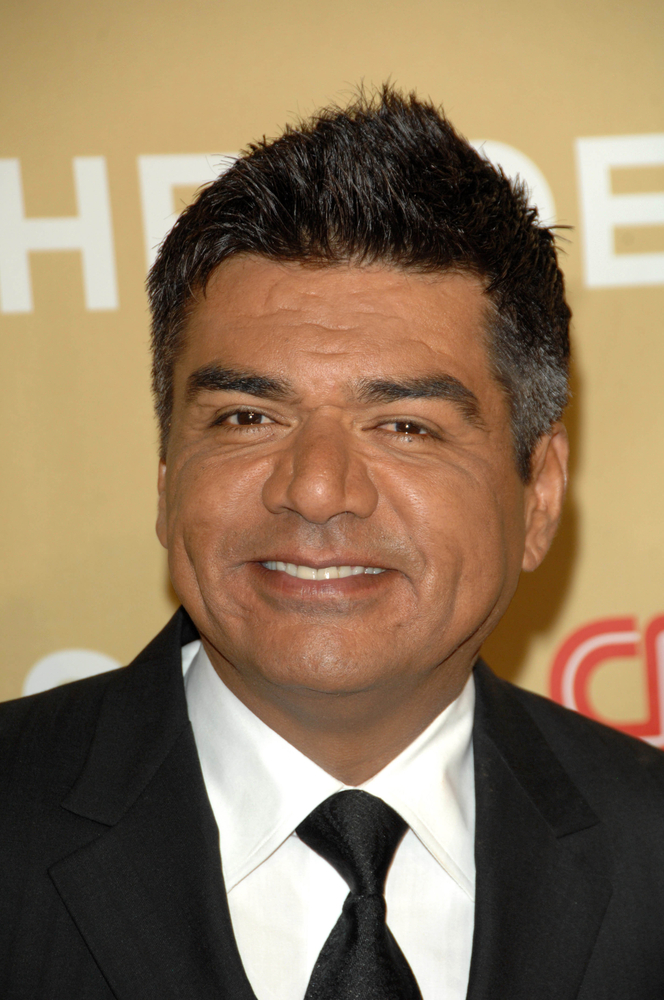 George Lopez (full name: George Edward Lopez) is an actor and comedian. George Lopez is most widely known for being the of his own sitcom on the ABC network, The George Lopez Show, which he produced himself.

George Lopez began as a stand up comedian whose work dealt with race relations in the United States, particularly through the lens of his Mexican American heritage.

George Lopez has been granted a number of awards and recognitions throughout the years for both his comedy and help to the Latinx community at large. They include the National Hispanic Media Coalition Impact Award, as well as the Imagen Vision Award and the Latino Spirit Award for Excellence in Television, both in 2003.

In 2005, Time Magazine named George Lopez one the top twenty five Hispanics in the United States. 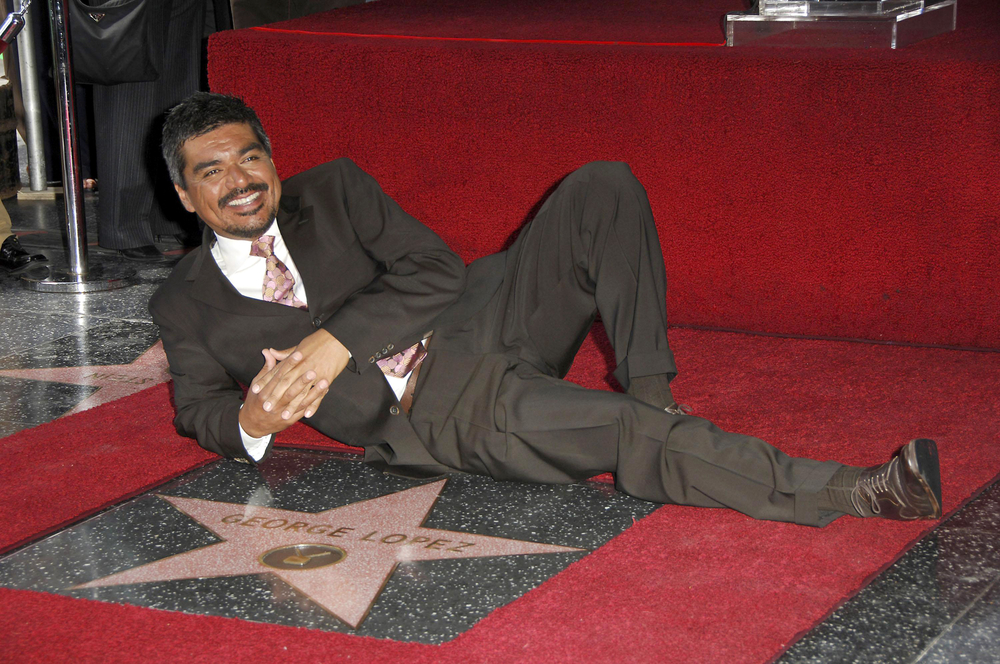 George Lopez was a stand up comedian for several years when, in 2000, Sandra Bullock approached him because she noticed that American TV didn’t have any sitcoms centering on Hispanic lives, and she wanted him to create and star in a show in order to do just that.

She pushed for a show that would star Hispanic actors and be universally appealing. The ABC Network, which had faced a great deal of criticism in the past for the lack of this on their schedule, immediately picked up the show, making George Lopez one of the few Latinx people to ever headline a TV comedy show.

The show was never a huge ratings hit its first time around, but it became huge in reruns thanks to syndication and multiple airings per day, which helped people discover it.

When the show did receive its cancellation, George Lopez’s immediate reaction was to blame Steve McPherson, the president of ABC at the time, accusing his decision of being racist in origin. George Lopez spoke out in various places, including Los Angeles’ Los Angeles Times newspaper.

He was particularly angry that his show about a Latinx family was cancelled while his slot was replaced by a sitcom about cavemen. The show Cavemen got absolute horrendous reviews from critics and only lasted 13 weeks before being pulled off the air. George Lopez was furious that his staff lost their jobs over that.

In 2003-2004, George Lopez was one of the sports commentators on the HBO show Inside the NFL. In 2008, during the fifth season of Comedy Central’s hit improvised comedy series Reno 911!, George Lopez appeared in a role playing the mayor of Reno.

In 2009, George Lopez landed another significant gig of being the host of Lopez Tonight, a late night talk show for the TBS network. The show began in November of that year and aired at midnight four times a week, from Monday nights through Thursday nights.

The show lasted until 2011, when TBS cancelled it, deciding that they didn’t want to bring it back for a 3rd year. This seemed to be in at least partially due to agreeing to changing time slots in order to accommodate a new Conan O’Brien show. Conan was a friend of his but his show apparently stole Lopez Tonight’s thunder.

In 2013, FX gave George Lopez a brand new sitcom to star in called Saint George. It debuted in March of the year 2014. Unfortunately, the show lasted only one season due to a lack of stellar ratings.

In 2015, Nickelodeon’s spin off network, TV Land, ordered a new sitcom from George Lopez simply called Lopez, which was a semi autobiographical piece that began airing in March of 2016.

George Lopez also did a drama for HBO Films in 2002 called Real Women Have Curves. The film debuted at the 2002 Sundance Film Festival, and was so well received that audiences voted for it to win the 2002 Audience Award.

George Lopez also acted in Bread and Roses, a film drama from 2000, as well as starring in the Christmas movie Naughty or Nice for ABC’s Wonderful World of Disney show. In 2005, George Lopez also had a role in Robert Rodriguez’s children’s film The Adventures of Sharkboy and Lavagirl in 3D.

George Lopez was also featured in a documentary made in 2007 called Brown is The New Green: George Lopez and the American Dream. Phillip Rodriguez both produced and directed this piece.

George Lopez played the villain in a 2010 Jackie Chan film called The Spy Next Door. His character’s name was Glaze. He also played the role of Papi in both films in the Beverly Hills Chihuahua franchise for Disney, and voiced Rafael the toucan in an animated film called Rio. It also starred Anne Hathaway, Jamie Foxx, and will.i.am.

George Lopez appeared in the indie movie El Chicano in the year 2019, taking on the part of Captain Gomez.

George Lopez wrote an autobiography, co authored by Armenian Keteyian, and called Why You Crying, which reached the prestigious New York Times Bestseller list in the top 20 position. It was published by Simon & Schuster.

George Lopez hosted the Latin Grammys twice, and co-hosted the Emmys once.

George Edward Lopez was born in Mission Hills, Los Angeles, California, United States of America, on the twenty third of April in the year 1961. Both of his parents, Anatasio Lopez and Frieda Lopez, were Mexican.

George’s father abandoned his family when George was only 2 months old, and his mom followed suit when he turned ten years old. His mother’s mother, Benita Gutierrez, and her husband, his step granddad, Refugio Gutierrez, took him in at this time.

As a teenager, George Lopez got his education at San Fernando High School. He graduated the school in the year 1979. 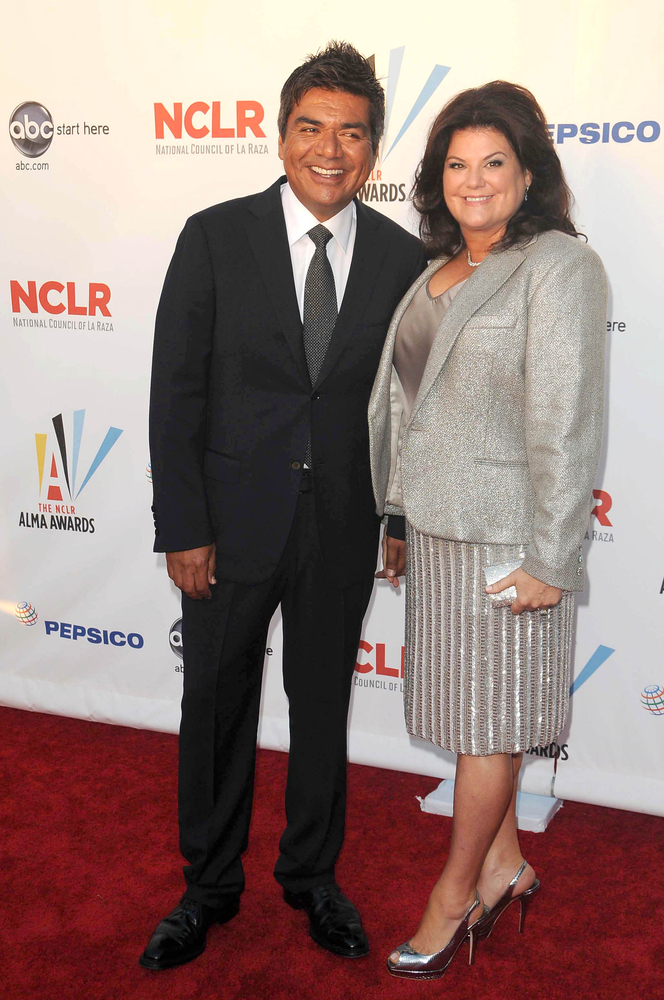 George Lopez got married to a woman named Ann Serrano in 1993. In 1996, they had their daughter, whose name is Mayan. The two filed for divorced at the end of the year 2010, and the marriage was completely dissolved by halfway through the next year.

George Lopez suffers from a genetic condition that gradually attacks his kidneys, causing them to deteriorate. In 2004, George Lopez’s doctors warned that he would require a kidney transplant. He ended up postponing it in order to complete his show’s 4th season..

The next year, Ann Serrano, who was still his wife at the time, donated a kidney to him. The successful operation led to him losing forty five pounds and improving his health enormously. George Lopez then had this written into a storyline on The George Lopez Show. George’s son on the show, Max, got a similar diagnosis.

In 2016, George Lopez put his endorsement for the presidential campaign behind Bernie Sanders. George Lopez currently lives in Los Angeles, Calfornia, United States of America, in the Los Feliz area.

In 2004, George Lopez was featured as a celeb golfer competing in the Bob Hope Chrysler Classic as well as the AT&T Pebble Beach National Pro-Am competition. He finished in 3rd place along with his professional partner. He ranked the highest out of any celeb in that competition.

Since 2006, George Lopez has been hosting the Bob Hope event annually. George Lopez continues to golf regularly at the Lakeside Country Club, located in Burbank, California, United States of America. His handicap is 13.

George Lopez spends a great deal of time and effort giving back to the community in which he grew up, namely Mission Hills in the San Fernando Valley. He is the head of a charity called The Ann & George Lopez Foundation. George Lopez won the Manny Mota Foundation Community Spirit Award as a result.

George Lopez’s efforts to fundraise in order help the victims of Guatemala and El Salvador based earthquakes led to him being named the Honorary Mayor of L.A.. Harvard University’s Harvard Foundation gave him the Artist of the Year and Humanitarian Award in 2004.

The People for the American Way gave George Lopez their Spirit of Liberty Award in 2004. Time Magazine named George Lopez one of the 25 most influential Hispanics in the United States in 2005. San Fernando Elementary School, where he attended as a child, named an auditorium for him in 2011.

George Lopez also heads an annual present giveaway at Christmas so that every student of San Fernando Elementary School gets a toy for the holidays.

George Lopez has accounts on all of the major social media platforms, along with healthy follower counts, which is both indicative of George Lucas net worth as well as a continuing contributing factor to it and his continued success as a performer.

George Lopez mainly uses his Facebook account to connect with his fans by posting videos of himself, plugs of his various projects, memes and questions to his fans, and so on and so forth. This builds engagement with his fandom community and contributes to George Lopez net worth as well.

On this popular social media platform, George Lopez has over one and a half million followers as of the present time. George Lopez is himself following over three thousand and seven hundred people in return currently.

George Lopez mainly uses his Twitter account to post information about the latest episodes of his podcast, as well as to interact with his fans and update them of all of the latest about his career and life. This also helps George Lopez net worth.

On this popular social media platform, George Lopez has approximately one and a half million followers as of the present time. George Lopez is himself following over two thousand and nine hundred people in return currently.

George Lopez mainly uses his Instagram account to post information about the latest episodes of his podcast, as well as to interact with his fans and update them of all of the latest about his career and life. This helps boost George Lopez net worth.

George Lopez does not have an official LinkedIn business account. Should this situation change at any point in the future and George Lopez decide to sign up for one, we will be sure to update this page with that information. Our goal is to keep readers informed of the latest news on George Lopez net worth, life, and career.

George Lopez mainly uses his TikTok account to post funny videos in order to amuse and connect with his fans, which is a help to George Lopez net worth too.