Young Buck Net Worth – How Much Is He Worth?

“What is Young Buck net worth?” “Does he have a record label?” “Why did he leave G-unit?” “how many children does he have?” if you’re curious about one or all of these, sit down, grab a cup of coffee and let us take you on a long, interesting ride into Young Buck’s life.

Who is Young Buck?

Young Buck is one of America’s famous rappers who is also an actor and a producer. He has his record label, which he launched in 2005. The record label, formerly known as G-unit South, was changed to Cashville in 2007 due to some issues. We’ll talk about all of these and Young Buck net worth as we progress.

Since its birth, it has signed other famous artists like CBo, Lil Scrappy, The Outlawz, D4L, and others. Before we dive into all these details about Cashville and Young Buck net worth, let’s start from the basics.

David Darnell Brown, popularly known as Young Buck, was born to Audrey Horn and James Brown. He was born in Nashville, Tennessee on March 15, 1981. Young Buck started rapping when he was only 12 years old but didn’t really see progress in his music career until he left Cash Money Records for UTP Records.

He earned the name Young Buck when he started selling drugs like cocaine and marijuana on Buchanan Street, a place known as Dodge City, because of the height of violence there.

Dodge City was quite a dangerous place for a young kid of Buck’s age to be roaming about selling drugs. However, Buck says that was the only thing he could do to support his family at that age. He couldn’t get a proper job, and hustling change at car washes and gas stations didn’t provide much. 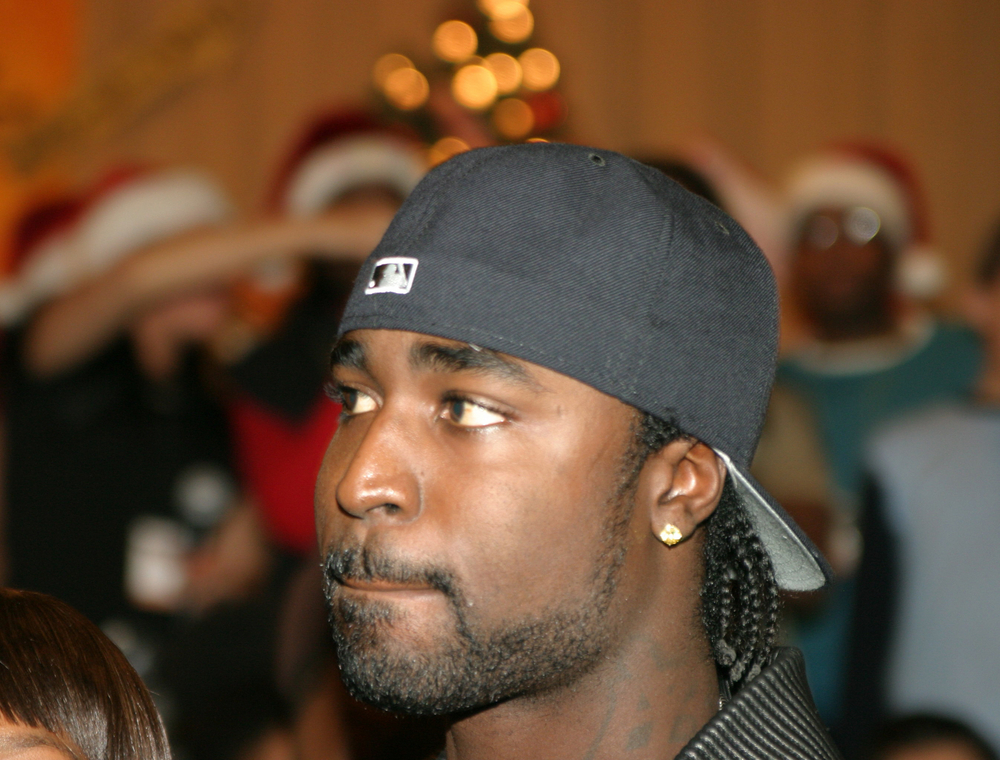 Young Buck is one of the many African-Americans who had rough lives while growing up. At a point, he even lived in J.C Napier Homes in East Nashville, one of the harshest in the city.

Watching his mom hustle alone without the support of a husband was painful for him. Even when she worked at Meharry, her pay wasn’t enough to take care of six children. Two of these six children were hers, and four were her sister’s.

She soon lost her job, but that didn’t stop her from going out of her way to fend for her children. Young Buck’s father, James Brown, wasn’t much help growing up. Buck says that his dad was a fiend in one of his songs, and he had not seen him in about ten years. In one of his interviews, he mentioned this was one of the reasons he hit the streets early.

Buck’s mom, Audrey, didn’t know Buck was selling drugs until she was laid off and couldn’t champion all the expenses anymore. Buck knew that his mom wouldn’t have let him do drugs under normal circumstances, but she was at her lowest.

In 2002, Young Buck got married to his longtime sweetheart of the same age, Tanee McCall. However, they divorced a few years later. Tanee has been a dancer and an actress since 2003. She is famous for playing Toya in the American dance drama movie “You Got Served.”

She has also featured in some of our exciting TV series like Everybody Hates Chris, and All of Us. After her divorce from Young Buck, she was married to Columbus Short.

The superstar from Nashville has three children. Two daughters, Jada Brown and Jayla Brown, and a son, David Brown. Young Brown has encountered several threats to his life, but the most notable ones were when his home was invaded and his SUV was shot several times.

One night in 2000, his home was invaded by people who were said to be searching for narcotics. He was shot multiple times, which led to terrible blood loss. Buck had to undergo a blood transfusion at Vanderbilt Hospital before he fully recovered.

Another Sunday morning in 2012, Buck was almost murdered as his SUV was hit eleven times in a drive-by shooting. Although Buck himself was not hurt, a woman was reportedly hit by a bullet on the shoulder.

Nobody knows why he was attacked or who attacked him, but it is suspected to have been about something profound. This suspicion can be attributed to his comment on social media some days after, that said the incidents happening to him are making him a better person.

Young Buck’s first source of inspiration was his childhood friend, Clay Cole, a very good rapper. His talent was what motivated Young Buck to practice rapping harder. At the time, the only goal was to win his friend at a rap competition, but it helped him sharpen his talent in the long run.

A few years later, Brian Williams, the founder of Cash Money Records, saw Buck’s talent in action at a rap battle and signed him. This was the starting point for him as after that, he went on shows around the world with Birdman.

Apart from signing with UTP Records, he also became a part of Juvenile’s rap group known as UTP Playas. It was there he released “The Compilation,” his first album with the rest of the team. This album was followed by  “Born to Be a Thug” , his first solo album on the label and both of them were released in the same year 2002.

In 2003, Buck met 50 Cent in New York, who proposed a position in his rap group G-unit. This was how he became a member of the G-unit group he is popularly known for. Signing up with G-unit was of great advantage to him as it was there he made most of his hit albums.

The same year he joined, he released “Beg for Mercy” as a member of the G-unit rap group. The album hit number 2 on the Billboard 200 chart. It was also declared a double-platinum album.

In August 2004, still signed to G-unit and Interscope Records, he released “Straight Outta Cashville”, a solo album made of the popular singles “Shorty Wanna Ride”, “Do It Like Me”, “Let Me In” with 50 Cent, “Look At Me Now” with Mr. Porter amongst others.

In 2008 however, he began to have issues with 50 Cent, which led to his expulsion from the rap group, G-unit. This was before “Terminate on Sight” was released. 50 Cent said he was expelled due to inconsistency and bad behavior. This expulsion affected Young Buck net worth.

After this, Young Buck released a diss track against 50 Cent and G-unit. 50 Cent retaliated by releasing a recording of Young Buck begging to return to G-unit. This led to the release of other diss tracks by Buck.

After this, he could not record any more albums for some years since he was signed to G-unit records. He also said he could not leave G-unit Record because he still owed the label two albums. It wasn’t until 2012 that he became a free man and fully separated from G-unit records.

In June 2014, the rap group G-unit came back together. Young Buck returned, and Kidd Kidd was added as a new member. This reunion was celebrated with the release of the EP “The Beauty of Independence” in August 2014. After this, Young Buck released his mixtape “Before the Beast” which featured other members of G-unit and was also a hit.

Read about Tee Grizzley’s net worth

In 2005, he pleaded no contest to the assault and made an agreement with the prosecutors so he wouldn’t go to trial. In August that same year, he was later arrested for possessing a weapon knowing he wasn’t supposed to. Buck was riding with Christopher Lloyd, also known as Banks, in a van when they were intercepted in Manhattan by the police.

It wasn’t only in 2005 that Buck was caught possessing a firearm. In 2010, when the IRS swept his home in Nashville, they found a .40-caliber pistol and ammunition in his house. As a felon from the 2004 assault case, he couldn’t own or be seen with any weapon as it could earn him about ten years in prison.

However, he was given 18 months to serve in prison rather than ten years. On August 6, 2012, he started his jail time in Yazoo City Low-Security Federal Prison, Southern Mississippi, and finished it in October 2013.

Young Buck had to file for bankruptcy in 2010 after IRS had to raid his home for owing $300,000 in unpaid taxes. Buck said this discrepancy in payment of taxes stemmed from him being cheated by Curtis Jackson, 50 Cent, and Interscope Records. As at this time, Young Buck net worth had reduced.

His plan was to sue them and everyone else involved over the breach of the contract. He emphasized that the IRS situation was because he delegated all his accounting work to his accountants so he could focus on his music.

Buck told the court that he could not generate income because the IRS took his studio equipment during the raid. He also said they had seized some of his children’s belongings, which created a lot of stress in his home.

To pay back all the taxes he owed, his attorney assured the court he would be selling his real estate was valued at $638,500, which he eventually did. This had a great impact on Young Buck net worth.

Read about Waka Flocka net worth

Now let’s talk about Young Buck net worth. The net worth of Young Buck is estimated to be $200,000. After the African-American rap star’s financial crises between 2010 and 2012, he is just struggling to get on his feet again.

His financial state was also affected as he was kicked out of G-unit earlier and couldn’t record albums for a while. In 2011, he had to sell his real estate to pay for the taxes he owed and the IRS had auctioned off some of his properties to fill in for his debt.

Young Buck is always out there proving that his hometown is a place of talents and there’s more to offer than what the world sees. He is ever on the movement to get recognition for Nashville in the hip-hop industry. Part of this movement is his record label based in Nashville, Tennessee.