Johnny Weir Net Worth – How Rich Is The Figure Skater Now?

Who is Johnny Weir? 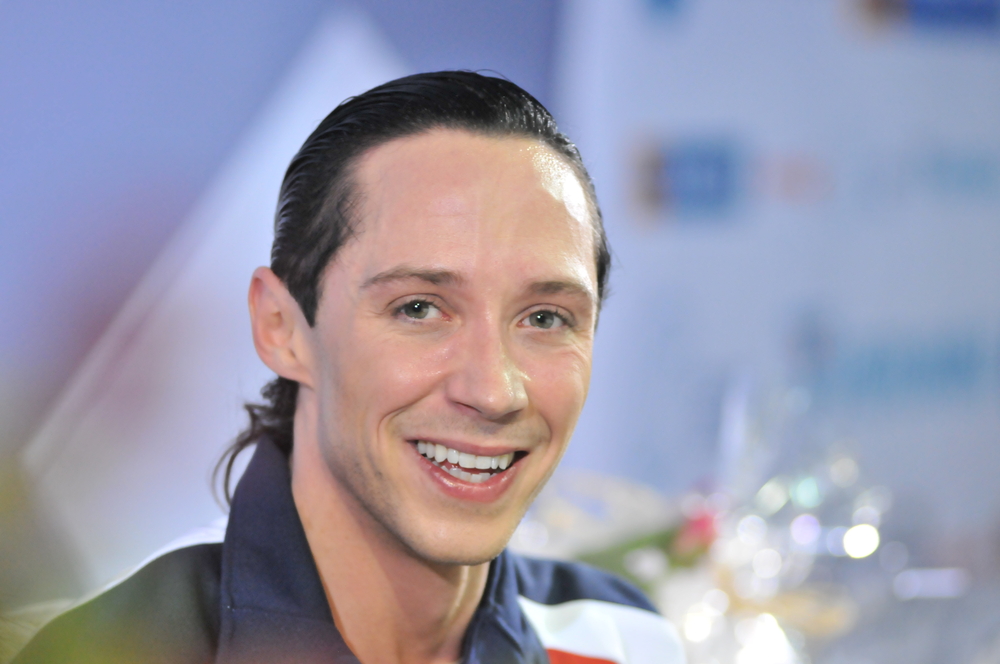 Johnny Weir, whose full name is John Garvin Weir, is a figure skater from the United States of America who afterwards became a TV commentator for figure skating. He represented the US in two Winter Olympics, namely 2006 and 2010, and won the bronze at the World Figure Skating Championships in 2008.

He also won the bronze twice at the Grand Prix Final, was the World Junior Champion in 2001, and was a United States National champion three years running, from 2004 through 2006 (the youngest to win since 1991 and the first to win three times consecutively since the late 80s). Johnny Weir started skating relatively late, at 12.

In 2007, Johnny Weir was the first American skater to ever win the Cup of Russia. He has since retired from skating competitively and is a commentator for NBC Sports. Johnny Weir came out of the closet in 2011 and is a queer rights activist. 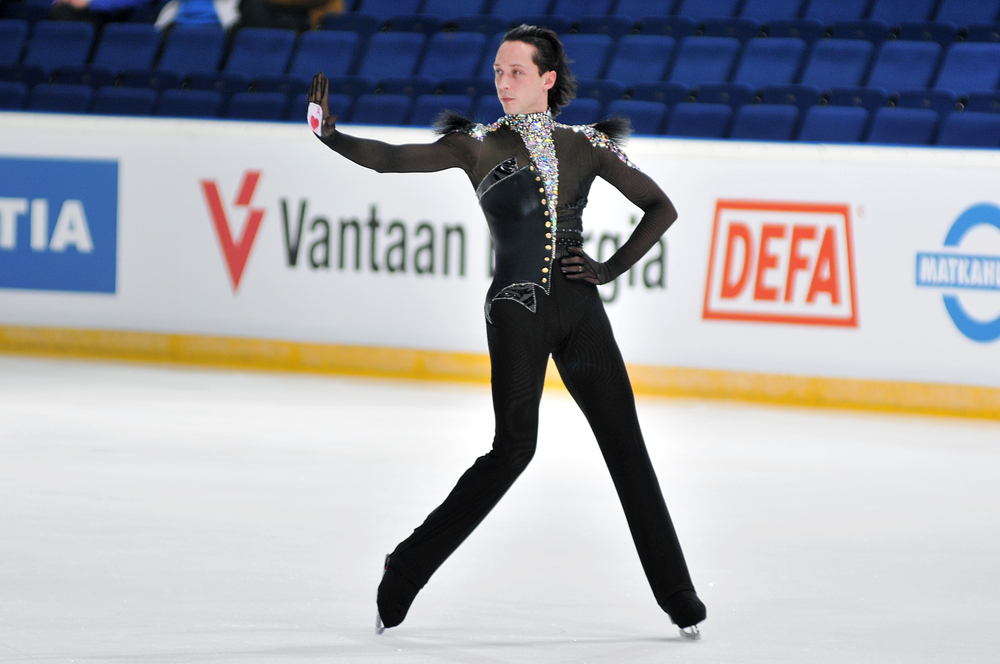 After Johnny Weir became entranced by seeing Kristi Yamaguchi win the gold at the Winter Olympics in 1992, his mom and dad bought him figure skates, and he taught himself how to skate. In warmer weather, Johnny Weir practiced his jumps with roller skates.

After being inspired by Oksana Baiul in the 1994 Olympics, he decided he wanted to pursue it fully. His parents got him new skates and lessons for Christmas that year. His trainer was Priscilla Hill, a seasoned coach. After only one week of being formally taught at 12 years old, he was doing single axels, being very good at jumping.

By 13, he could do single, double, and triple jumps, even though he was approximately three times the age that most skaters at the elite level are when they first begin.

In his first competitive year, Johnny Weir did singles skating as well as pair, his partner being Jodi Rudden. They won the top prize at South Atlantic Regionals and also ended up qualifying for the Junior Olympics. The next season, they qualified in intermediate pairs.

That year, Johnny Weir also finished 4th place in the Junior Olympics as a solo juvenile and took first place as a juvenile at South Atlantic Regionals.

In the 1997-1998 season, Johnny Weir won a number of more awards and achieved 3rd place at the United States National Championships, novice decision. The next year, he moved on up to junior level, and made 4th place at the Nationals.

In 1999-2000, Johnny Weir came in both 7th and 2nd place in both of his Junior Grand Prix placements. At the Nationals in 2000, even though he fell while attempting a triple axel, he was the only junior competitor who even tried, and so he still got first place. Falling yet again while free skating, he came in fifth.

In 2001, Johnny Weir gained the rank of eighteenth best skater in the world. In 2001-2002, he got 7th and 4th at the Grand Prix, 5th at the Nationals, and 4th at the Four Continents Championship in 2002. In 2002-2003, he withdrew from a few competitions due to injuries, which people worried was disastrous for him.

2003-2004 was Johnny Weir’s major turning point, having a huge comeback. Johnny Weir trained for 6 weeks with Tatiana Tarasova, which boosted his confidence. He won the Finlandia Trophy at the Grand Prix, also being only 1 of 2 people to skate a fully clean short program, with what were called the field’s best spins.

Johnny Weird ended up coming in 1st for the short but 2nd overall, after Romania’s Gheorghe Chiper. He then achieved first place in Eastern Sectionals, even though he’d fallen. He got 1st place at the Nationals in 2004. At 19, he was the youngest man to win since 1991.

Due to this, he was in the World Championships team for the U.S, coming in 5th. He then came in 3rd at Marshall’s World Figure Skating Challenge in 2004.

In 2004-2005, he won the NHK Trophy, competing in Japan, as well as Trophee Bompard, competing in Paris. He now got the rank of 5th best skater on the planet. Japan is where Johnny first met his fan club, Johnny’s Angels. He then got second place at Cup of Russia

In 2005, Johnny Weir won at the Nationals for the second year in a row, despite a foot injury that troubled him all season.

In 2005-2006, Johnny Weir famously danced a program called The Swan, that was traditionally only done by women. Many reacted negatively but it eventually was considered iconic. He finished 4th at Campbell’s Classic in 2005, 7th place at Skate Canada, and 3rd at Cup of Russia. He then won the Marshalls Figure Skating Challenge.

In 2006, Johnny won the Nationals, the first man in 20 years to win three in a row. He went to Olympics and was referred to as the breakout star there, despite getting death threats over his gender bending and likely sexuality.

This pressure led to him not having the best performance at the Olympics. The World Championships weren’t much better. He fell and came in 7th.

In 2006-2007, he worked with Marina Anissina, a famous ice dancer, in order to choreograph his programs. He wore a fairly restrained black/white chess visually themed costume, which he didn’t like.

Still, he won the Campbell’s Skating Challenge and the bronze at Skate Canada. He then came in second at Cup of Russia. He entered the Grand Prix Final but withdrew after hurting his hip. A number of fairly disastrous performances followed.

In 2007-2008, Johnny Weir was determined to bounce back. He got a new coach, Galina Zmievskaya, who’d coached Oksana Baiul. She was more of a drill sergeant, which he felt he needed. He trained harder than ever before while also wearing his most flamboyant outfits to date.

He came in second at the Cup of China, won twice at the Grand Prix, and came in 4th at the final. He tied for 1st with Evan Lysacek at the Nationals but the latter got the gold due to ties not being allowed and his free skate being slightly higher scored.

In 2008-2009, he came in 2nd at Skate America and NHK Trophy, and won the bronze at the Grand Prix final. He did poorly at Nationals due to a bad case of the flu shortly before.

In 2009, a documentary about Johnny Weir called Pop Star on Ice came out, and then another one called Be Good Johnny Weir. He nearly quit in 2009-2010 but his mom convinced him to keep fighting.

He came in 4th at the Rostelecom Cup and 2nd in Japan. He came in 3rd at the final for the Grand Prix and the Nationals. He went to the 2010 Winter Olympics next. He finished in 6th place, which were controversial scores due to how well he skated.

Johnny Weir took two years off of skating, instead doing shows, singing, and various events with celebrities. He came out of the closet in 2011 along with his book called Welcome to My World. He was the grand marshal for LA’s Pride Parade that year. He married his boyfriend Victor Voronov in 2012.

He decided to return to competitive skating in 2013 but soon afterwards retired and became a commentator for NBC Sports at the 2013 Olympics in Sochi, despite facing criticism from LGBTQ groups for not boycotting due to anti-gay laws in Russia.

He later explained that it was a bad time for him, going through a terrible divorce from his husband. He eventually became a regular NBC commentator along with his best friend skater Tara Lipinski.

In 2014, they were both hired as fashion critics for Access Hollywood, the entertainment news magazine show. They also worked various dog shows and the Kentucky Derby as commentators and even the Super Bowl pre show. 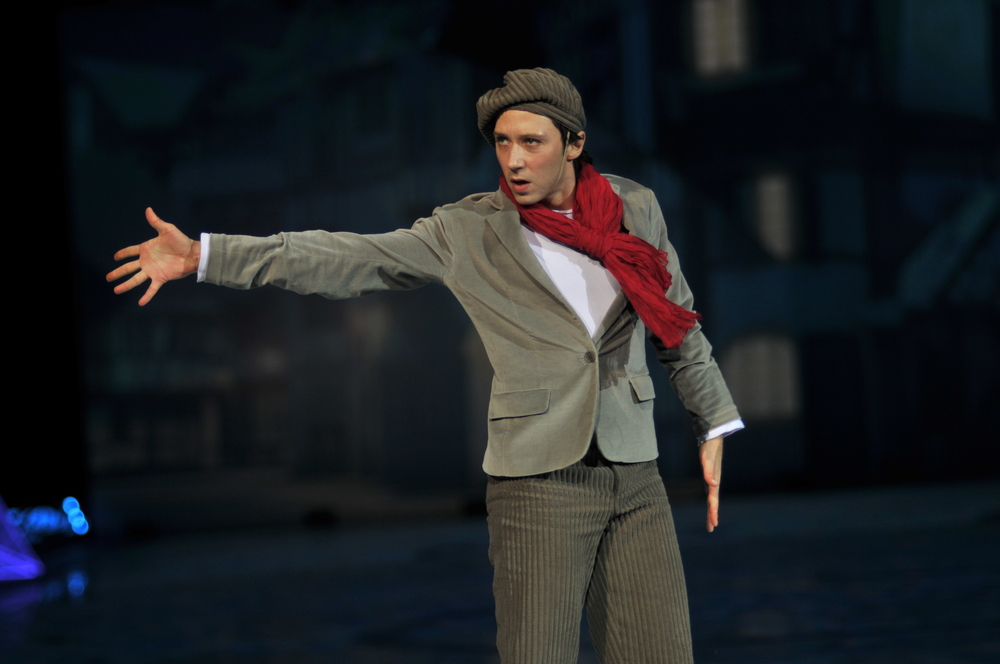 Johnny Weir’s dad is an accomplished equestrian, and so is Johnny. He won a number of competitions by 9 years old, as well as competing in the prestigious Devon Horse Show. Ultimately, the Weirs ended up moving to Connecticut so he could train.

Eventually, however, he instead switched over to being interested in figure skating. He began training in early 1996 at 12 years old, which is an incredibly late start for a figure skater. The family again moved, this time to Delaware in order to position him near his coach and training rink.

Johnny Weir attended Newark High School, and made the honor roll, finally graduating in the year 2002. He briefly attended University of Delaware, majoring in linguistics but he ultimately dropped out to focus on his skating as a career.

Johnny Weir has a healthy social media presence, having accounts on all of the major platforms, each with a strong follower account, which also helps improve Johnny Weir net worth.

Johnny Weir has an official public Facebook account, though as of this writing, he has not yet been verified. Johnny Weir’s Facebook account is @TheOfficialJohnnyGWeir, however it can also be found by entering the phrase in all lower case letters as Facebook isn’t case sensitive.

On this popular social media platform, Johnny Weir has one hundred and thirty two thousand followers as of the present time. Johnny Weir’s Facebook is mostly made up of photos, both current and throughout the years, as well as career and life updates in order to connect with his fans. This also boosts Johnny Weir net worth.

Johnny Weir has an official public verified Twitter account. Johnny Weir’s Twitter account handle from which he tweets is @JohnnyGWeir, however the phrase can also be entered in all lower case letters as Twitter’s search function is not case sensitive.

On this popular social media platform, Johnny Weir has over three hundred and seventy four thousand followers as of the present time. He is himself following forty seven people in return currently.

Johnny Weir uses his Twitter to post his thoughts and observations in order to connect with his fans, which in turn provides a benefit to Johnny Weir net worth.

Johnny Weir post photos of himself, both current and throughout the years, on Instagram as well as career and life updates in order to connect with his fans. This also helps Johnny Weir net worth.

Johnny Weir does not have a LinkedIn account. Should he sign up for one at any point in the future, we will be sure to update this page with that information. Our goal is to keep our readers informed about all of the latest news and updates about Johnny Weir net worth, live, and career.

Johnny Weir posts fun short videos on his TikTok in order to connect with his fans. Johnny Weir net worth gets a boost from these interactions.