J Cole Net Worth – How Rich And Successful Is He Really?

J Cole net worth is currently estimated at being approximately $60 million. The bulk of J Cole net worth has come from his incredibly successful career as an artist, singer, and producer in the rap music entertainment industry.

Who is J Cole? 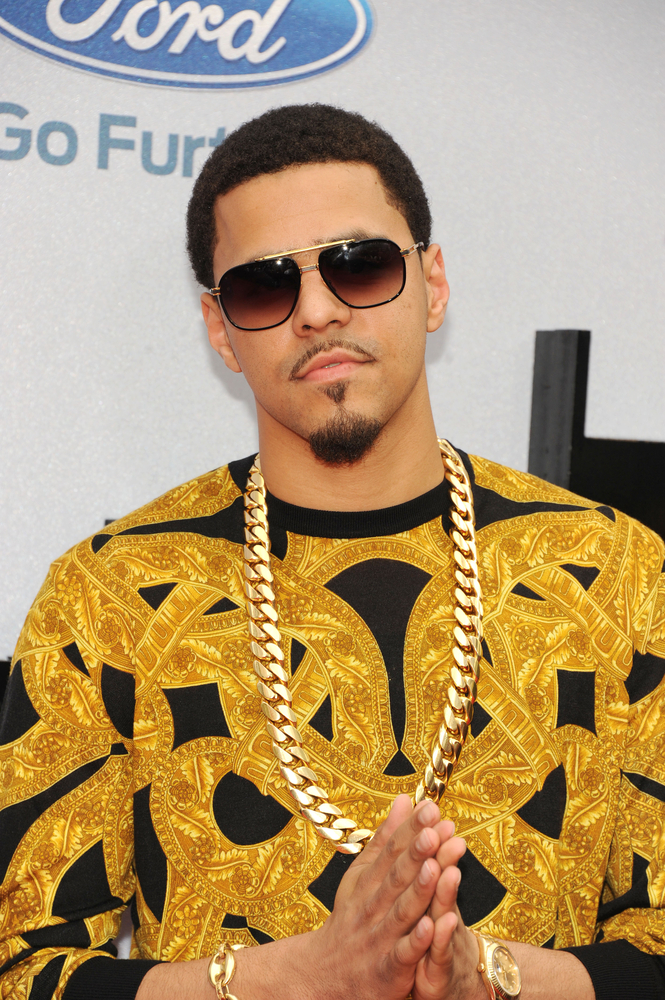 J Cole is a rap artist, song writer, singer, and music producer who is considered one of the most influential and best rap artists of the current era. J Cole first came to prominence thanks to his first mixtape, which is called The Come Up. These were followed by the critically lauded The Warm Up and Friday Night Lights.

J Cole then had immense success with his full length albums, including Cole World: The Sideline Story, Born Sinner, 2014 Forest Hills Drive, 4 Your Eyez Only, KOD, and The Off Season. In addition to being a rapper, J Cole is also a musician who taught himself how to play piano, as well as a producer. 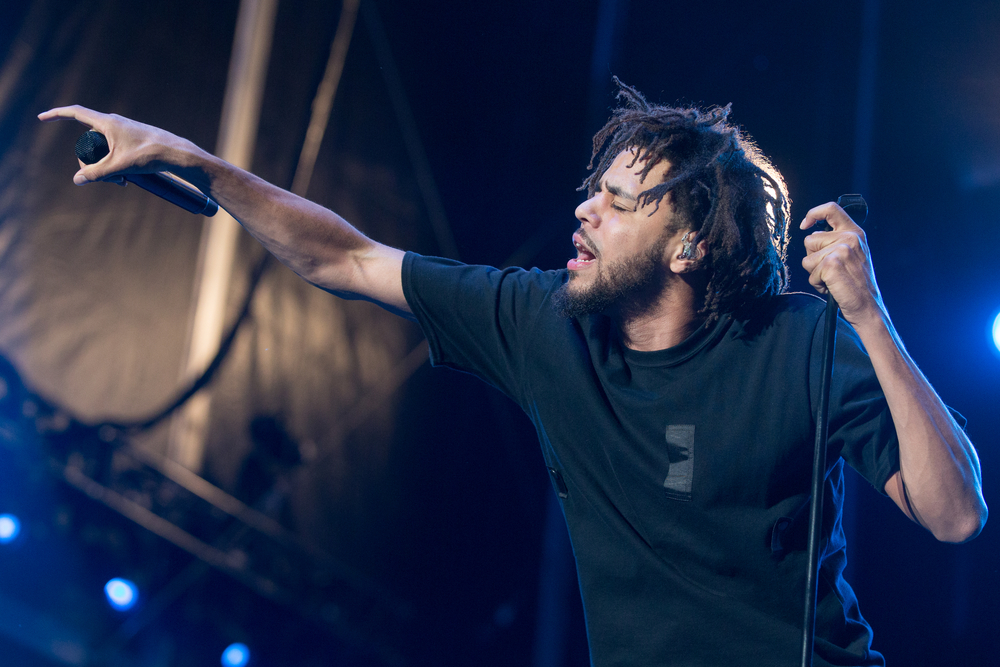 J Cole released his first mixtape, The Come Up, in 2007. Two years later he dropped another mixtape called The Warm Up, which was excellently reviewed and led to appearances on The Blueprint 3 by Jay Z, both Attention Deficit and Back to the Feature by Wales, B.o.B’s May 25, and Hi-Tek and Talib Kweli’s Train of Thought.

As a result of these successes, Beyond Race Magazine selected him in the forty ninth spot of their 50 Great Breakthrough Artists list. XXL Magazine also picked has a Top 10 Freshman in 2010. J Cole kicked of a college tour at this point.

In 2010, on the anniversary of The Warm Up’s initial release, J Cole put out a freestyle rap song called “The Last Stretch” as well as debuted a video for his song “Who Dat”. J Cole then signed a prestigious deal with Jay Z’s record label Roc Nation, which led to him winning the award for UMA Male Artist of the Year.

Later that year, J Cole dropped yet another mixtape, Friday Night Lights, and dropped three songs that would feature on Cole World: The Sideline Story, his first album: “Never Told”, “Won’t Be Long”, and “Dreams”.

The album didn’t out right away in 2011, however. First off, J Cole produced a song called “HiiiPoWeR” for Kendrick Lamar, then a song called “Return of Simba” (the third in a series begun with “Simba” and “Grown Simba”).

He then dropped a song called “Work Out”, which sampled Kanye West’s “The New Workout Plan” and Paula Abdul’s “Straight Up”. This was followed by “Can’t Get Enough” with Trey Songz. Rihanna went on to make a surprise cameo in the music video for this song.

J Cole also made a video for “Daddy’s Little Girl”, a bonus song on the album that was exclusive to iTunes purchase. Cole World: The Sideline Story finally came out in September 2011, where it instantly reached the top spot on the Billboard 200 chart in the US.

That year, he also dropped “Grew Up Fast” and “Visionz of Home”, in addition to creating an event in order to inspire the young people of the town where he grew up and called it “Dreamville Weekend”.

At the end of 2012, J Cole dropped a song called “Miss America”. At the start of 2013, he dropped an EP called Truly Yours, which featured a song called “Power Trip” with R & B singer Miguel. He released a Truly Yours sequel in April, and then finally his second full length album Born Sinner.

In 2014, J Cole put out a song called “Be Free” which dealt with the aftermath of the police murder of a Black man called Michael Brown, which occurred in Ferguson, Missouri, United States of America. Shortly afterwards he dropped his next album, 2014 Forest Hills Drive, named for the address where he grew up.

J Cole’s fourth full length studio album, 4 Your Eyez Only, dropped at the end of 2016 and again hit the top spot on the Billboard 200 immediately, making it his fourth album in a row to accomplish that. One song, “Deja Vu”, did so well, it charted without actually being a single and was his biggest hit ever.

The album was certified both gold and platinum. It was followed up with a surprise new track, “High for Hours”, a world tour, and a documentary film called J Cole: 4 Your Eyez Only.

J Cole’s next album, KOD, came out in 2017, and dealt with such themes as depression and drug addiction. In a mere twenty four hours, the album was streamed over thirty six and a half million times on Spotify. It also became his fifth number one hit album in a row on the Billboard 200.

Meanwhile, every single song on the album made the Hot 100 chart, with the top 3 all being from the album, the first time that had ever happened for any album. The album, again, was certified both gold and platinum.

In 2020, J Cole dropped a song about George Floyd called “Snow on Tha Bluff”, and then “Lion King on Ice” and “The Climb Back”, both of which appeared on his next album, The Fall Off. Another single from the album was “Interlude”.

The Off Season came out in May of that year, and had cameos by Lil Baby, Morray, 6LACK, Bas, and 21 Savage. It was, unsurprisingly by this point, his 6th album in a row to be a number one hit. Other successful songs from the album were “Amari”, “95 South”, “My Life”, and “Pride Is the Devil”. 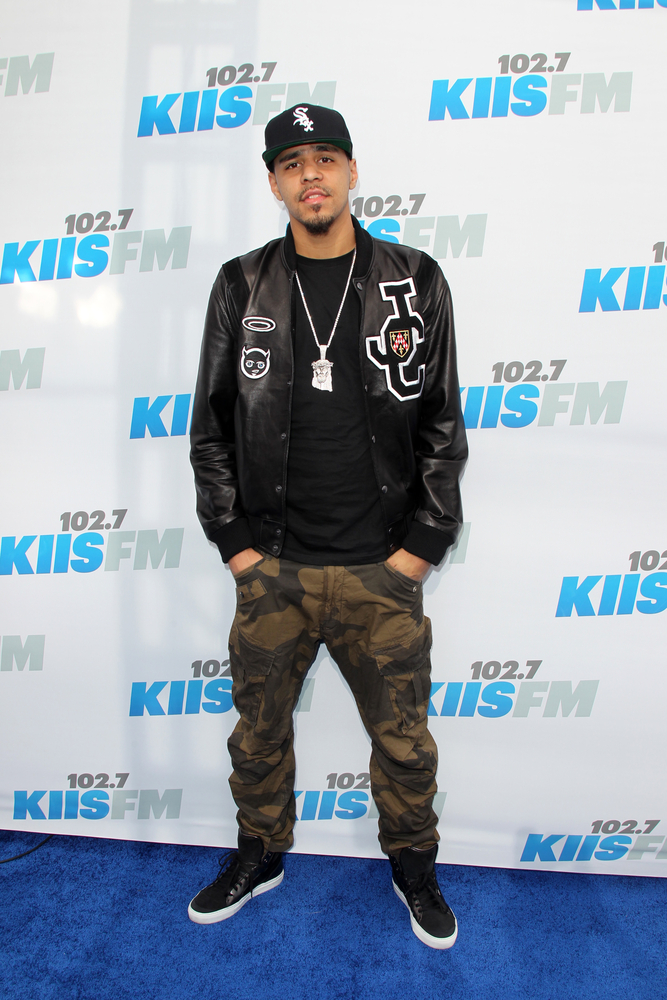 J Cole was born as Jermaine Lamarr Cole on the twenty eighth day of January in the year 1985 on a United States military base located in the city of Frankfurt in West Germany. J Cole’s dad was a Black United States Army veteran, and Kay, his mom, a white woman of European ancestry who delivered mail for the USPS.

After his dad left his mother, Kay moved the then 8 month old J Cole and Zach, his elder brother, to the city of Fayetteville, North Carolina, United States of America. There, J Cole was raised in a background surrounded by both white and Black people.

Throughout his childhood, J Cool was obsessed with two things: music and basketball. J Cole’s music was expressed in a classical capacity, in the form of his position as a first chair violinist for an orchestra.

When he turned 12, J Cole started to rap, something encouraged by his Christmas present of an ASR-X sample from his mom. In addition to teaching himself how to rap, this helped him learn how to produce as well, which he did while using the stage name Therapist. He soon after formed a group called Bomm Sheltuh.

J Cole graduated from high school with an extremely impressive 4.2 grade point average, and afterwards moved to New York City, where he won a scholarship to attend St John’s University to study computer science. Not long after, he moved his major to business and communication.

J Cole is married to Melissa Heholt, who works as the Dreamville Foundation’s executive director. The two of them met when they were both undergraduates of St John’s Univserity. They have two children together, but are very private so have not revealed many details about their life or relationship together.

J Cole has a wide and impressive social media influence, with accounts on all of the major platforms, all of which has helped J Cole net worth build along with his music career.

On this platform, J Cole has nearly six million followers as of the present time.

J Cole mostly use his Facebook account to plug his music, including clips and links from and to his various music videos and songs, as well as his upcoming appearances, concerts, tours, events, and so on and so forth. Facebook clearly helps J Cole net worth continue to build.

On this platform, J Cole has over fourteen million followers as of the present time. J Cole is following only four hundred and thirteen accounts in return currently. J Cole tends to tweet his thoughts and observations about music as well as basketball, and to interact actively with his fanbase.

J Cole will also often post links to his upcoming music, singles, albums, live appearances, concerts, tours, interviews, articles, merchandise, and so on and so forth which also helps increase J Cole net worth.

J Cole uses his Instagram to post photos of himself, as well as of himself with friends, colleagues, and acquaintances. He also posts clips from his music videos, concert appearances, and more, in addition to posters for his upcoming albums and shows. All of this helps J Cole net worth grow.

There is a LinkedIn account under the name Jermaine Cole with the job title of producer at Dreamville Records. However, this account is neither verified nor is there any further information or material on it, so it remains unclear as of the present time whether this is, indeed, J Cole’s official account or not.

Should the situation change in the future and this account become verified, and/or should J Cole sign up for an officially verified account, we will be sure to update the information on this page. Our goal, after all, is to keep our readers informed of all of the latest news about J Cole net worth, career, and life.

J Cole does not currently seem to have an official public verified TikTok account. Should the situation change in the future and J Cole sign up, we will be sure to update the information on this page. Our goal, after all, is to keep our readers informed of all of the latest news about J Cole net worth, career, and life.