Dave Grohl Net Worth – How Rich Is The Rock Star?

Who is Dave Grohl? 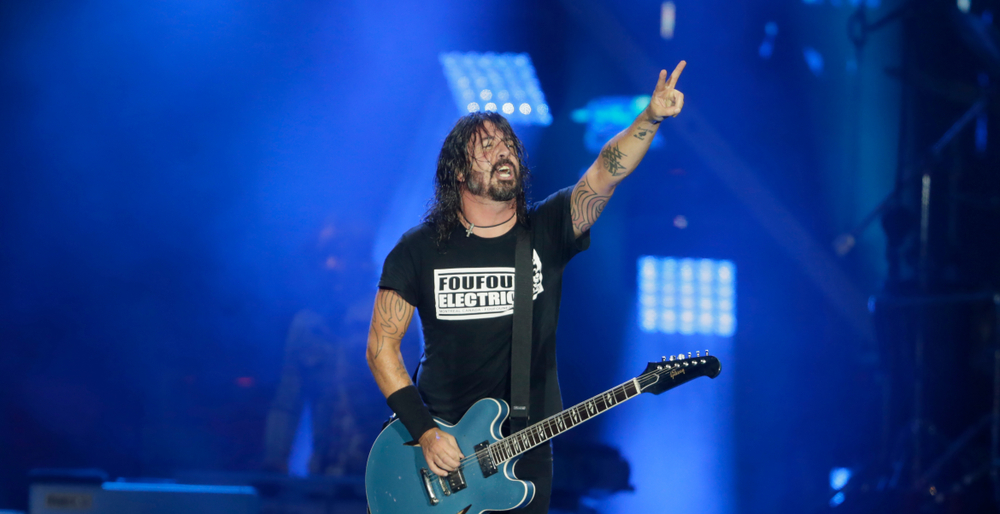 Dave Grohl is a musician, singer, song writer, and producer. Dave Grohl first became known as the drummer for the world famous rock band Nirvana, which was fronted by the legendary Kurt Cobain, until Cobain’s ultimately death in 1994.

Afterwards, Dave Grohl formed the band Foo Fighters, which itself has had a long standing career and is amongst the most famous, popular rock bands in the world to this day. They have put out ten albums over the years.

Dave Grohl also co founded and did the drumming for Them Crooked Vultures, and has worked with Queens of the Stone Age. Dave Grohl also directed numerous of the Foo Fighters music videos, as well as various documentaries.

Dave Grohl also wrote an autobiography, and is considered one of the most important rock stars of the past two decades. In 2014, the Rock and Roll Hall of Fame inducted him into their ranks as one of the members of Nirvana, and then again in 2021 due to his Foo Fighters work. 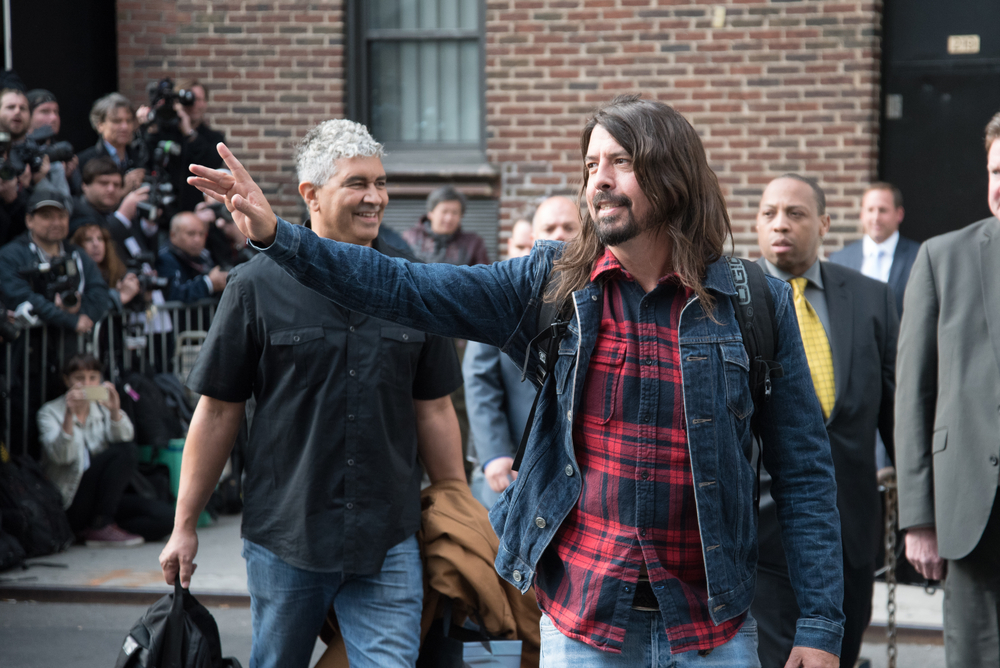 When he was seventeen, Dave Grohl auditioned to be the drummer for the Washington, DC, United States of America, band Scream, lying that he was older than he actually was. They chose him, and he left high school in order to tour with them.

For 4 years, Dave Grohl was on the road with Scream, appearing on two live albums and two recorded in a studio, called Fumble and No More Censorship. On Fumble, Dave Grohl wrote a song called “Gods Look Down”, which they also let him do the vocals for. In 1990, Scream split up.

While Scream was still together, Dave Grohl became both a fan and friend of a band called the Melvins, whose guitarist, whose name was Buzz Osborne, introduced Dave Grohl to Kurt Cobain. After Scream split up, Osborne informed him that Nirvana needed a drummer. Shortly afterwards, he joined Nirvana.

Nirvana already had their first album out at that point, Bleach. Now they were working on their second. During his first months as a new member of Nirvana, Dave Grohl and the band went to various labels to find a deal for their second release. They ended up going with DGC Records.

In 1991, they began to record Nirvana’s now legendary album Nevermind. Selling way past what anyone ever expected, Nevermind was a huge global hit, which naturally was huge for the young Dave Grohl net worth.

Meanwhile, Dave Grohl was also writing and making his own music. He even put out a cassette tape of his music named Pocket Watch under a pseudonym, Late!, rather than his own name.

The longer he stayed with Nirvana, the more Dave Grohl began to contribute to the song writing of their music. Cobain and Dave Grohl both collaborated on the song “Color Pictures of a Marigold”. Cobain famously kissed him when he first heard his song “Alone + Easy Target”.

“Color Pictures of a Marigold” ended up first on Pocket Watch, but when Nirvana began to work on their next album, In Utero, they re-recorded the song and used it as B side for the single to “Heart Shaped Box”, albeit shortened to “Marigold” as the title. Dave Grohl also famously did the famous guitar riff on “Scentless Apprentice”.

Before a planned tour of Europe in 1994, the band was working on demo recordings in Seattle. Cobain wasn’t around for most of the time so Dave Grohl worked on his own music, some of which would later become Foo Fighters releases: “Buttterflies”, “February Stars”, “Big Me”, and “Exhausted”.

On the third day, Cobain showed up, and the whole band recorded “You Know You’re Right”, which ended up the last time they were all together recoding. On the eighth of April in 1994, Kurt Cobain was discovered dead from suicide, via a gun.

Dave Grohl wasn’t sure what he should do next. In October of that year, he made a demo recording of 15 tracks, nearly all of which he did completely by himself, playing every instrument solo other than a single guitar on one song, “X-Static”.

For a brief period, Dave Grohl floated between various bands. He played drums for Tom Petty and the Heartbreakers briefly. He considered replacing the drummer for Pearl Jam when Dave Abbruzzese left the band.

Eventually, he decided to pursue his own music. His demo was drawing interest from many major labels. He ultimately signed with Capitol Records but didn’t want to have a solo career so recruited Pat Smear, William Goldsmith, and Nate Mendel to be his band members.

They didn’t redo the initial demo other than other produce and mix it, so the debut Foo Fighters album is still all Dave Grohl on his own, but the new band performed the music for the subsequent live appearances.

Then in 1997, Dave Grohl wrote and performed the soundtrack for Touch, a film, before returning to work with Foo Fighters on their second album.

Shortly afterwards, William Goldsmith, the drummer, and Dave Grohl had a great deal of friction, culminating in Goldsmith leaving and Grohl re-recording all of the drumming for the album himself.

This album came out in the month of May in 1997 and was called The Colour and the Shape. Its hit singles included “Monkey Wrench”, “My Hero” (about Kurt Cobain), and “Everlong”. Right before the album came out, Alanis Morissette’s drummer, Taylor Hawkins, joined the band.

In turn, Smear decided to leave, tired of touring, and Frank Stahl briefly took his place before being fired before the third Foo Fighters album was even recorded. He was replace by Chris Shiflett.

Dave Grohl essentially spent his entire life on the road at this point. He had residences technically in Seattle, then Los Angeles, then Alexandria, Virginia, but was rarely in any of these places for long.

In 1999, however, he converted his basement in Virginia so it could be a recording studio for the band. That’s where they recorded their next album, There Is Nothing Left to Lose.

In late 2001, they began work on the 4th Foo Fighters album, after which Dave Grohl signed on as the drummer for the famous band Queens of the Stone Age. After briefly touring with them, he returned to Foo Fighters with new rejuvenation and decided to completely re-record their album. This became the album One by One.

In June 2005, Foo Fighters dropped In Your Honor, their 5th full length studio album. Their 6th, Echoes, Silence, Patience & Grace came out in 2007. Its top singles were “The Pretender”, “Long Road to Ruin”, and “Let It Die”.

Two years later in 2011, they put out their 7th album, Wasting Light, which was their first to hit the number one spot on the charts in the US. Dave Grohl net worth soared.

Their next album came out in 2014 and was called Sonic Highways. It got to the second slot in the US. Sonic Highways is a relatively short album of only 8 songs, each of which is inspired by the musical history of a different city in the United States.

In 2015, Dave Grohl fell off the stage while doing a concert in Sweden, and broke his leg. He finished the show wearing a cast, but the rest of the European tour had to be cancelled. For the next tour throughout North America, an elevated throne was designed so he could perform without standing on his broken leg.

In 2017, Foo Fighters’ 9th album, Concrete and Gold, came out, and it was their second one to start off in the top slot of Billboard Magazine’s 200. After a brief hiatus, their 10th album came out in February of 2021, after being delayed due to COVID. It was called Medicine at Midnight.

Dave Grohl started to learn how to play the guitar at 12 years old, but formal lessons didn’t work for him, so he decided to teach himself instead. Soon, he and his friends were joining bands. At 13, he and his sister stayed at their cousin’s home in Evanston, Illinois for the summer, and she introduced both of them to punk.

Dave Grohl went to Thomas Jefferson High School and, in freshman year, was elected as his class’ Vice President, which afforded him the opportunity to play punk music over the intercom during the announcements he’d make at the start of each school day.

He also started smoking a lot of weed at this point, which was having a negative impact on his grades. His mom transferred him to Bishop Ireton High School, where he stayed for two years. Then he transferred again, this time to Annandale High School. Dave Grohl was in several bands in high school, including Freak Baby.

This was around the time that Dave Grohl decided to teach himself the drums. He eventually became the band’s drummer, and they changed the band’s name to Mission Impossible. They then became Fast before ultimately dissolving.

From there, Dave Grohl joined Dain Bramage, another punk band, from 1985 through 1987. Dave Grohl then quit to join another band called Scream. 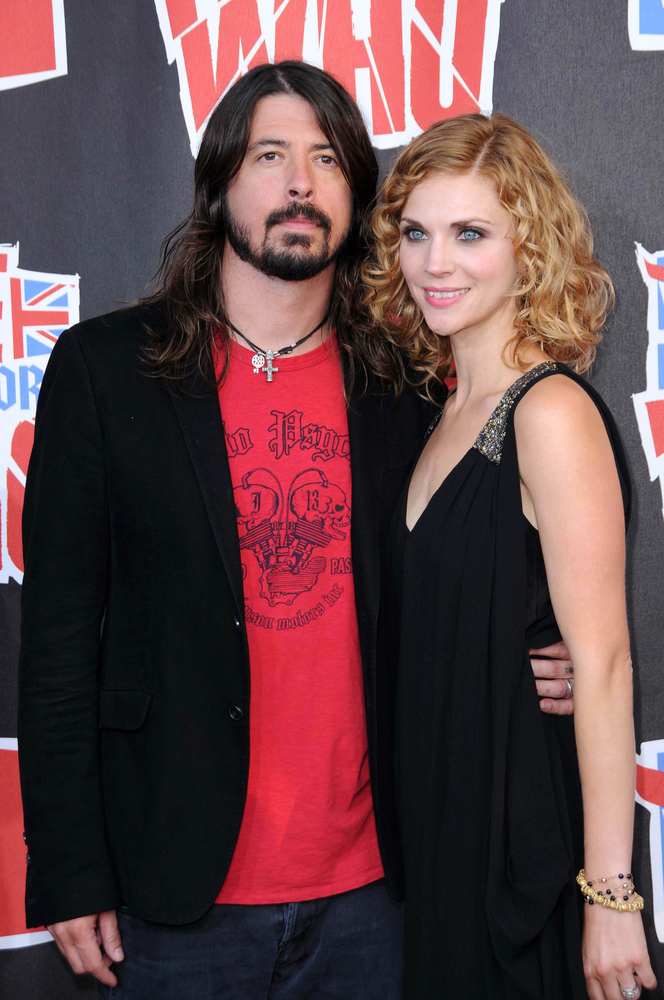 In 2012, Dave Grohl was estimated to be third richest drummer on the planet, with only Phil Collins and Ringo Starr beating him on the list.

Dave Grohl has suffered hearing loss and tinnitus due to his many years surrounded by deafeningly loud music on stage. For the past 20 years, he has been reading lips.

Dave Grohl himself doesn’t have a huge social media presence, however Foo Fighters as a band is on all of the major platforms and has a healthy follower account on each, which helps Dave Grohl net worth.

Their Facebook page is full of photos, music and video clips, and information about their various upcoming live appearances and more, all of which naturally helps Dave Grohl net worth.

Dave Grohl does not have a personal official public verified Twitter account, however Foo Fighters does. Their account handle is @foofighters. They currently have approximately 3 million followers and are themselves following 14 thousand accounts in return.

Their Twitter account is full of messages to their fans, photos, music and video clips, and information about their various upcoming live appearances and more, all of which is an aid to Dave Grohl net worth.

Both of these accounts share news and information about Dave Grohl and his music, and are therefore a great way for him to connect with his fans, which also helps Dave Grohl net worth in turn.

Dave Grohl does not have a personal official public verified TikTok account, but Foo Fighters does. Their handle is @foofightersofficial, and they currently have 135.3 thousand followers and 301.2 thousand likes. They are following only two accounts as of the present time.