Bretman Rock Net Worth – Just How Rich is He Today?

Bretman Rock net worth or what he actually does is a mystery to some, even though we live in the internet age where information seems to be flying around. 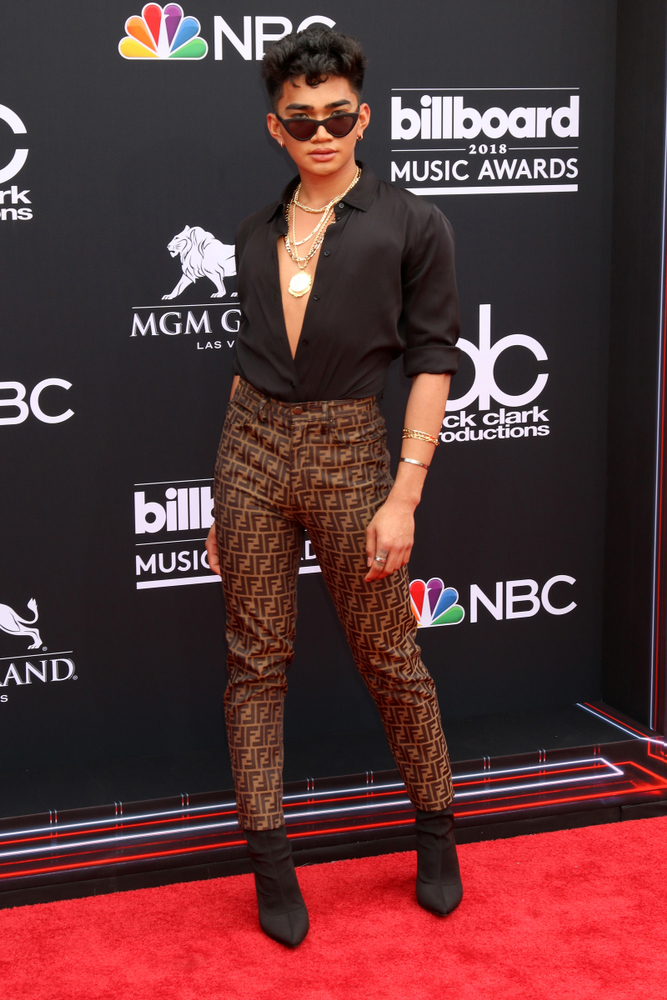 Are you interested in finding out how he came to success even before he turned 20? Or where his career is today? Do you even have an idea of what his net worth would be in 2022? If not, then this page is for you!

In this article, you will learn about Bretman Rock’s net worth and get access to other information about him. This includes details about his personal life, family background, and relationships.

Who is Bretman Rock?

He is one of the top celebrities who has made considerable earnings from social media platforms, including YouTube and Instagram. He is based in Honolulu, Hawaii, USA.

Rock caught fame in 2016 when one of his makeup videos went viral. He has since maintained relevance and carved out a commendable career in the social media and beauty niche. In 2021, he featured in his reality show titled ‘Bretman Rock.’ MTV produced the show.

The social media guru is a recipient of many awards that go a long way to reflect his consistency, tenacity, and dedication to success. Bretman Rock is gay and the first to be featured on Playboy Magazine cover.

Edmund and Mercedita Laforga welcomed their son, Bretman Rock, on July 31, 1998. By this date this year, Rock will be 24 this year . Interestingly, he was named after two wrestling icons, The Rock and Bret Hart, by his father, a die-hard fan of pro wrestling.

His birthplace was Sanchez-Mira, Cagayan, Philippines. When he was seven years old, he moved to Hawaii with his mother and sister following the separation of his parents. This was where he built most of his formative memories. Rock attended Campbell High School and was pretty active in sports, including volleyball.

Rock’s rise to fame is exemplary. It’s not wrong to say that he worked his way to fame through ingenuity and creativity. Notably, he kicked off his career as a meme creator on Vine and YouTube. He later switched to making makeup content and vlogs on YouTube. This was where he got his breakthrough as one of his makeup videos on how to draw contours went viral.

Following this event, his page attracted more followers. They were impressed and willing to learn from him and some others who were amazed by his humorous lifestyle and talent. He went on to become to sign an endorsement deal with ABS-CBN’s Adobe Studio, an innovative social media network owned by ABS-CBN, Philippine’s most giant conglomerate.

Rock was featured on Forbes 30 Under Asia Media, Marketing and Advertising list in 2018. Together with Millie Bobby Brown and Chloe Kim, he was acknowledged as part of Time magazine’s 30 most influential Teens in the world.

2019 came with bigger wins for Rocks as Pride Month’s icon featured on the Gay Times cover. Later that year, he was one of the celebrities who attended the New York Fashion Week for the first time. He made his appearance at the event with Andrew Gelwicks, his stylist.

In collaborations with Wet n Wild Cosmetics, he launched his first makeup line in 2020. In that same year, he toured Los Angeles with top-class brands like Hearst and Buzzfeed to gain public attention for his products. More so, together with Dime Optics, he also launched his first sunglasses collection.

What’s more? He made his first movie debut in the popular YouTube Original series, James Charles, where he earned a guest appearance.

Brent Rock, in 2021, became a famous face in most music videos. These videos include ‘Build a Bitch’ and ‘Inferno,’ both by Bella Poarch. He is presently the brand ambassador for Croc, a unisex fashion footwear brand.

Rock is a Youtuber and social media influencer. Today, he is one of the celebrities with millions of followers on YouTube and Instagram. He is the brand ambassador for big brands and has curated several product collections. Today, Bretman Rock’s net worth is estimated to be $1.5million.

In previous years his net worth has been:

Rock makes his earnings from posting content on YouTube and Instagram. He also gets by signing different endorsement deals and working as a brand ambassador and social media influencer for wealthy companies.

Bretman Rock, though young, is a man of many achievements. He has many awards to his credit and has been nominated for most. Let’s quickly take a sneak peek at some of his significant achievements:

Despite all odds, Bretman Rock stands tall today among celebrities and achievers. His achievements show that he is exceptional in all ramifications. Not every child can go through the pain of paternal and maternal separation without this considerable impact on their mental health. Rock, although he had his fair share of pain due to the separation, he never allowed this to weigh down his vision and dreams for success.

He had moved to Hawaii at a very young age and defied all forces to get to where he is today. No doubt, he is a celebrated fashionista, top-notch social influencer, ace YouTuber, and creative actor. Bretman is a family-oriented person.

He loves to showcase his mother and other immediate family members to the world through his social media channels. Princess Mae (sister), Keiffer (cousin), and Cleo (Mae’s daughter) appear in most of his videos. Agatha Dangplapin, his former editor, and Larry, his friend, are not left out in the videos.

Rock is a lively and exciting person with a strong sense of humor. Let also mention that he is a great genius. His creativity has paid off today as he has been celebrated as one of the most influential teenagers in the world. This young chap courageously embraces his sexuality.

He is always proud to show the whole world that he is gay. So far, he has featured in two global gay magazines to project his sexual stance. He is never scared to express his beliefs and fashion. Let’s not forget to mention his radical disposition to style, which he describes in the best ways that appeal to him. You’ll always see him dress like a model or vixen and act like a lady even though he’s a man.

Rock is fun to be with. His content is mostly express humor and well suited for entertainment purposes. No wonder he has quite a huge following on his platforms. He is blunt too. Recall that during the heat of the Covid-19 Pandemic, he expressed his disapproval towards hosting any uninvited guest in his home. He is presently single but used to be in a relationship with Elle in 2019.

This article is incomplete without this part that hinges on his famous reality show. In 2021, Rock had the initiative to put out his story and lifestyle to the world. This, he did through his first reality show entitled Bretman Rock. MTV aired and sponsored the show.

The show was filmed in episodes. At the final count, it was in 6 episodes. As anyone would expect, the cast consisted of members of his immediate family, and Still, in 2021, Rock launched another reality show titled 30 Days with Bretman Rock on YouTube Originals.

The show was filmed for the next 30 days With documentary series of YouTube Originals. It was an entire reel of adventure viewed by several millions of viewers at that period.

Rock may not qualify as a multi-millionaire, but he is pretty rich. Notably, the source of his earnings includes his profession as a vlogger, social media influencer, and brand ambassador. He is also benefitting from several endorsement deals, contributing to his earnings. Thus, he has an annual income of $250 000 and a net worth of $1.5 million.

Find below the summary of the article.

Angela Yee Net Worth – How Much Does She Make?

In a nutshell, this article was designed to inform you about Bretman Rock net worth. Information about other relevant aspects of his life, including age, birthplace, relationship, career, awards, and achievements, were also detailed in the article. By now, we’re sure you know every tidbit about the celebrity Vlogger.

Indeed, Bretman Rock is a fantastic person who, through relentless determination, attained the spotlight and has been dedicated to maintaining it. Rock has a promising future and career. Even though his net worth might not be as incredible as other senior celebrities now, we’re sure he would surpass them in future times.

Who Is Bretman Rock?

Bretman Rock is a YouTube Vlogger, beauty artist, social media influencer, and media actor who rose to fame in 2016 when one of his makeup videos went viral. He is born to parents of Filipino-American descent.

How Old Is Bretman Rock?

What Is Bretman Rock Net Worth?

Bretman Rock net worth is $1.5million. He makes an annual income of $250 000. Most of his earnings come from Vlogging, media shows, and endorsement deals.