Willie Falcon Net Worth – How Much Is He Worth?

Do you know anything about Willie Falcon net worth?

Are you aware that Willie Falcon net worth is said to be somewhere in the region of around $40-$50 million, however, it is currently under review as his assets were frozen after pleading guilty and going to prison for 20 years for being one of the biggest drug lords in the world?

This post will cover how Willie Falcon generated more than $2 billion in cash. You will also find out about how he was caught for his crimes with his partner Sal Magluta, how the “Cocaine Cowboys” knew each other and became the power duo of drug kingpins.

Read on to find out where Willie Falcon is now and if he is still in prison.

Who Is Willie Falcon? 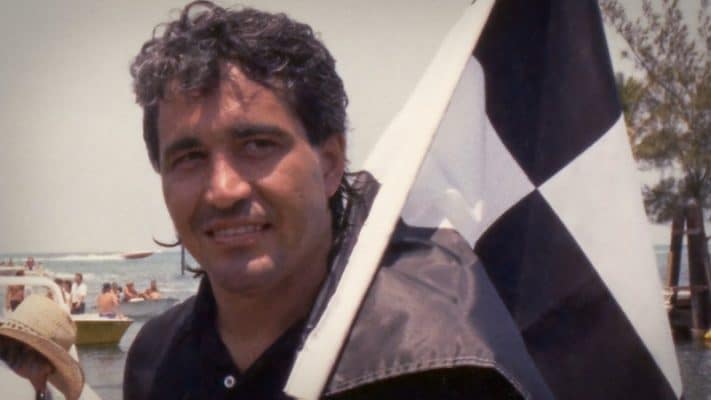 Willie Falcon, born Augusto Guillermo Falcon is a very famous drug dealer from Cuba. He became famous after he and his partner in crime, Salvador Magluta, were arrested for their involvement in the selling of over 75 tons of cocaine.

The two were dubbed “The Cocaine Cowboys” because they were at the top of the cocaine industry from the 1970s through the 1990s, with the base of their drug operation being in Miami, Florida.

Willie Falcon and Sal Magluta were at the top of the food chain on the east coast for trafficking drugs and in the top 5 in the entire world.

They became friends when they were students attending Miami Senior High School together, but never graduated. The high school dropouts quickly became billionaires as they grew their drug empire in Miami, Dade County, Florida.

They funneled money through the many management and construction companies they bought and controlled. These companies built and bought several properties all over Dade County with loans from the many banks they secretly had control over.

The banks they controlled housed millions of dollars for Willie and Sal. For two high school dropouts, they sure knew how to run a secret drug empire and did just that for nearly two decades.

Jamal Bryant Net Worth – How Much Is His Fortune?

Augusto Guillermo Falcon, better known as Willie Falcon was born in Cuba on September 1, 1955. Willie went to a local private school in Cuba, and then went on to Miami Senior High School, but did not end up graduating.

He has kept much of his family’s information private. However, according to various sources, his mother stayed home to raise him, and his brother Gustavo Falcon.

And their father owned a small business with which he supported the family. Gustavo ended up being part of the Cocaine Cowboys group. He pleaded guilty in 2018, for conspiring to possess with the intent to distribute. He was also held accountable for a shipment of Columbian cocaine, weighing in at 400kgs, in 1989.

He married his longtime girlfriend, Alina Rossique, in 1977 in Florida. They had three children together, Aileen Martinez, Willian Falcon, and Jessica Falcon.

Unfortunately, she died at the young age of 33 in August of 1992 when she was shot several times in the face as she left a hair salon in Coral Gables, Florida. She never got to see her husband get released from prison to rejoin his family.

At first, it was thought that the shooting might have been related to the drug business her husband Willie Falcon was involved in. The police did not think there was any foul play in her death; she was a casualty of a random drive-by shooting.

Willy never got to see his wife again. It is not noted if he reunited with his children, Willian, Jessica, and Aileen. The authorities still wonder if her death was related to Willy being involved with the Medellin drug cartel.

Willy Falcon’s net worth was built on drug smuggling. While he and his best friend started as high school dropouts, selling marijuana, they quickly learned the drug business and moved on to bigger and “better” drugs. They were known as “The Cocaine Cowboys,” and they lived up to their nicknames by building a $2.1 billion empire.

Willie Falcon and Sal Magluta ran drugs out of Miami from the 1970s through the 1990s. And they were at the top of their game during that time. They operated in just about all areas of Southern Florida, and Willie was responsible for meeting clients in person to crack lucrative deals.

Falcon and Magluta were purchasing their drugs from the Columbian cartel directly and then moved on to supply other parts of the United States. Their organization started bringing in hundreds of thousands of dollars on a daily basis.

Over the years, Willie Falcon was arrested multiple times but seemed to escape officials each time. If he was arrested, he’d just change his identity and carry on. It was like a game to them and they enjoyed living the high life.

Then, in 1991, they were both arrested, 5 hours apart from each arrest. This time they were arrested for a massive deal of 75 tons of cocaine, which they were about to execute. The team that arrested them was a US Marshalls Service team made up of a 25 man assault team.

Between both Sal Magluta’s house and Willy Falcon’s house, the authorities found over $1 million in cash and jewelry stashed, and gold. Willy Falcon had a 2lb brick of gold he used as a paperweight.

It is unclear exactly how much Willie Falcon had accumulated in assets, but the pair owned serval homes, that were valued in the region of $16 million. They had many management and construction companies in which they cleaned their money, but everything was seized once the duo was arrested.

Willie and Sal’s case went to trial in 1991 for an overabundance of drug charges totaling over trafficking 75 tons of cocaine, but at the end of the trial, they were found not guilty.

Each of “The Cocaine Cowboys” had their representation in court. It was later found out that some of the jury and the legal representatives accepted bribes, resulting in them all being charged and served time.

Once Falcon and Magluta were arrested, they went to separate prisons for 4 years where they awaited trial. Willie Falcon was sent to prison in Illinois, and Sal Magluta went to a prison in Georgia. Many things came to light during the 4-year separation of “The Cocaine Cowboys.”

Two of the prosecution’s potential witnesses were injured in assassination attempts, and three of them were actually murdered. In 1996 both Falcon and Magluta were acquitted from the charges, which puzzled the authorities. The prosecutors didn’t figure out until 1999 that several jurors and the jury foreman were bribed to get both men acquitted.

When Willie and Salvador were retried, they went up against dozens of charges. They were found guilty of ordering hits on the witnesses, several charges of laundering drug money, and bribing the jury foreman.

Magluta went to Prison for life and is still in Colorado at a supermaximum security prison. In 2003 Willie Falcon struck a deal pleading guilty to another charge letting him get out of prison in 2017. Once he was released, ICE took him into custody, deporting him to the Dominican Republic.

Where is He Now?

After serving 20 years in a federal state penitentiary, Willie Falcon was released in 2017 into ICE custody. He was then deported in 2018 on November 6, to the Dominican Republic.

It is not clear now as to his whereabouts. No one knows if he is still in the Dominican Republic or if he disappeared soon after arriving. There is no information about whether he ever reconnected with his three children, who are now all adults.

And it is unclear as to where or who Aileen, William, and Jessica were left with when Willie was arrested. But we do know that his best friend Sal Magluta will live out the rest of his life in prison.

The 6 part series was released in August 2021. Cocaine Cowboys: The Kings of Miami is a docuseries that chronicles the rise and fall of the famous Miami drug kingpins, Willie Falcon and Sal Magluta.

These two drug lords were indicted in one of the world’s largest drug-dealing cases in the history of the United States. They were accused of smuggling 75 tons of cocaine into the country illegally.

Willie Falcon net worth was estimated to be around $2.1 Billion. It is unclear what his current net worth is because his whereabouts are currently unknown. Although, it is assumed by some sources that Willie Falcon’s net worth could very well be more than $50 million.

His net worth comes from him becoming one of the most famous drug kingpins globally.

After quickly becoming best friends with Salvador Magluta, and the two of them dropping out of high school, they learned how to deal drugs, starting with marijuana and then moving up to the big leagues with cocaine.

Willie Falcon’s net worth comes from him and his partner in crime, Sal Magluta, building one of the largest drug-trafficking empires in the world. They managed to traffick 75 tons of cocaine through the US via planes and boats.

Together Willie and Sal owned many companies in the management and construction industries and had several banks under control to deal with their money laundering needs.

They owned several properties around the world, including Houses in Doral Woods, Waterway Estates, Coral Gables, A ranch in South Dade, a few penthouses on Brickell Key drive, apartment buildings in Miami and Hialeah, and in South Dade, they had a ranch.

When Willie Falcon and Sal Malguta were caught in 1991, they were both arrested on several charges.

Even though they spent the greater part of 4 years in prison, that didn’t stop them. They managed to get acquitted of the drug trafficking charges and were released. What the authorities didn’t realize at the time was that the two were paying off the jury foreman and ordering hits on the witnesses.

They were later retried for other charges that stuck. Bribing officials, money laundering, and ordering hits on the witnesses are the charges they ended up with.

No one knows Willie Falcon’s net worth as his whereabouts are not currently public. Many say that he most likely had several offshore accounts that the authorities were unaware of. No one knows why ICE deported him to the Dominican Republic rather than his birthplace in Cuba.

Willie Falcon and Sal Magluta are still popular today, especially with the Netflix series: The Cocaine Cowboys, Kings of Miami, which first aired on August 4, 2021. The series tells the tales of the dynamic duo of one of the top 5 in the world, drug kingpins of the 1970s through the 1990s. The Netflix show “The Cocaine Cowboys: Kings of Miami” had six episodes in 2021.

Augusto Falcon and Salvador Magluta will forever be memorialized for all of the time, through their fascinating life as the Cocaine Cowboys.