Travis Scott Net Worth – How Rich Is The Rapper Now?

Who is Travis Scott? 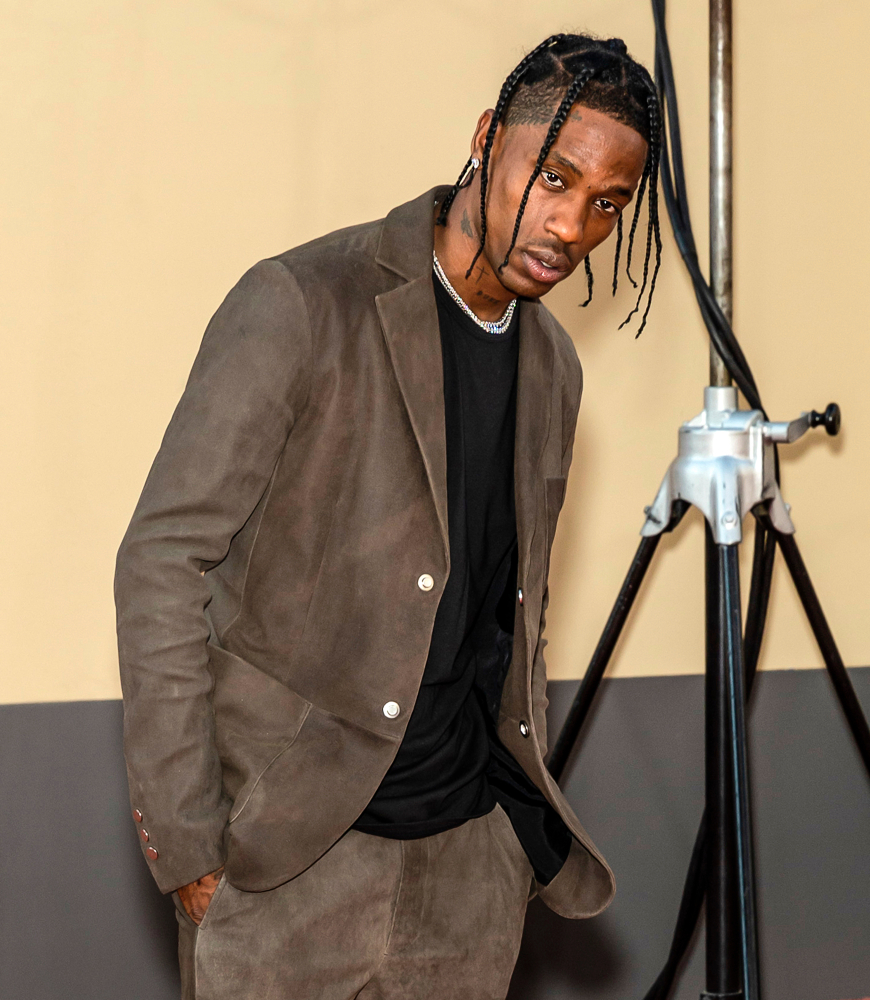 Travis Scott (or Travis $cott, as it’s usually spelled) is the stage name of Jacques Berman Webster II, who is a rap star, singer, producer, and song writer. Travis Scott got his stage name by combining the name of his favorite uncle with that of rapper Kid Cudi’s real name, Scott Mescudi.

Travis Scott has received 8 Grammy nominations over the years and has also won a Latin Grammy as well as a Billboard Music Award. He’s known for his albums, Rodeo (with its hit song “Antidote”), Birds in the Trap Sing McKnight, and Astroworld (with its hit song “Sicko Mode”).

Travis Scott was the first musical artist on Billboard Magazine’s Hot 100 to have 3 debut songs in first place in a span of time shorter than one year.

Travis Scott has been at the center of numerous legal issues and controversies due to lack of safety for audience members at his shows. Ten people died and hundreds of others were injured at his Astroworld Festival due to overcrowding and crushing. 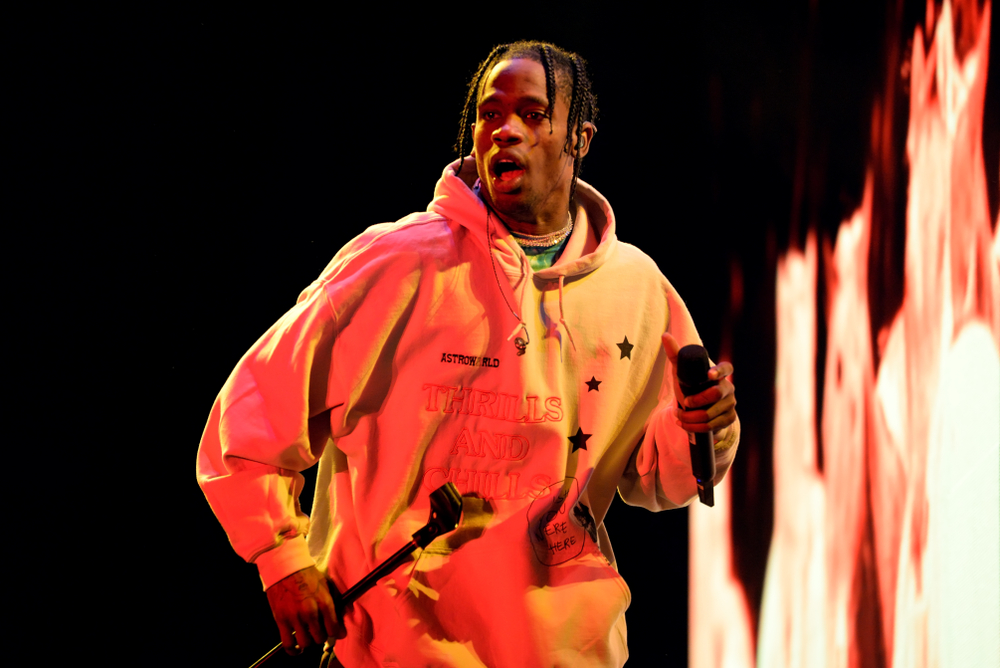 Travis Scott kicked off his musical career by forming a duo with his friend Chris Holloway, The Graduates. The two put out at an EP on MySpace in 2008.

The next year, Travis Scott and his friend OG Chess formed another duo, The Classmates. They put out 2 projects, in 2009 and 2010 respectively. Travis Scott produced both, and the two remained a group until 2012, when conflicts and financial arguments between them led to them splitting up.

After dropping out of college, Travis Scott moved to New York City, where he started to work with Mike Waxx, who ran the website Illroots. He didn’t do well in New York, however, and ended up giving up in only 4 months and moving to L.A. in California.

Not longer afterwards, however, the friend who had promised him housing abandoned him, and his parents stopped supporting him, forcing him to move back to Houston, where his parents promptly kicked him out. In response, Travis Scott returned to L.A. yet again, sleeping on a friend’s sofa.

Next, Travis Scott released a mixtape called Days Before Rodeo featuring a song called “Don’t Play”, which sampled the British rock band The 1975’s song “M.O.N.E.Y.”. Days Before Rodeo was a reference to the fact that his upcoming album would be called Rodeo. He kicked off a Rodeo tour with Young Thug and Metro Boomin.

In September 2015, Rodeo finally came out. It featured appearances by Justin Bieber, Kanye West, Quavo, The Weeknd, Big Buck, Young Thug, and more. Its singles were “Antidote” and “3500”. It got great reviews and started off in the third position on Billboard’s 200 chart in the United States, and first place on Rap Albums.

In June 2016, Travis Scott and Young Thug collaborated on a single along with Quavo called “Pick Up the Phone”, which hit the forty third spot on the Hot 100. It went double platinum. In September of that year, his second album, Birds in the Trap Sing McKnight came out and got to the top spot on the Billboard 200.

In response, Universal Music Publishing Group signed him up to a worldwide deal. Soon afterward, he executive produced Cruel Winter by Kanye West.

In February 2017, Travis Scott and Quavo appeared on “Portland”, a single by Drake on his mixtape called More Life. The song reached the ninth slot on the Hot 100, making it Travis Scott’s first featured artist top 10 single. The next month, Travis Scott began his own recording imprint called Cactus Jack Records.

In June of that year, he did a European tour of smaller venues. Around that same time, he dropped some new songs online, which were “Butterfly Effect”, “Green & Purple)” (which featured the rapper Playboi Carti), and “A Man”.

In December, Travis Scott appeared in “Dark Knight Dummo” by Trippie Redd, which reached the seventy second spot on the Hot 100. The same month, Travis Scott and Quavo’s Huncho Jack, Jack Huncho album dropped. The album kicked off in the third slot on Billboard’s 200. 7 of the album’s songs charted on the Hot 100.

August 2018 saw Travis Scott’s third and highly acclaimed album Astroworld drop. It kicked off in the Billboard 200’s #1 spot. Its songs included “Watch” (with Kanye West and Lil Uzi Vert) and “Sicko Mode” (which reached the #1 spot on the Hot 100).

The same month it came out, Travis Scott announced a huge music festival also called Astroworld on the 17th of November that year. He also appeared on 5 different songs on Metro Boomin’s first album, Not All Heroes Wear Capes. The songs were “Dreamcatcher”, “Overdue”, “Up to Something”, “No More”, and “Only 1 (Interlude)”.

In August of that year, a Travis Scott documentary called Look Mom I Can Fly dropped on Netflix. In October his new single “Highest in the Room” dropped and immediately got to the top spot of the Hot 100. He also appeared on “Hot” and “Hop Off a Jet” by Young Thug.

In April 2020, Travis Scott did 5 live shows virtually within the popular Fortnite Battle Royale video game, which got over twenty seven million viewers. He premiered a new song there called “The Scotts” with Kid Cudi. The song started off in the #1 spot In the Hot 100. In many, he rapped in Spanish with Rosalia on “TKN”.

In August he dropped a new song called “The Plan” in conjunction with Tenet, the latest Christopher Nolan film and then another called “Franchise” with M.I.A. and Young Thug, which again debuted in the top spot on the Hot 100, making him the first musical artist to have three #1’s in under a year.

In November, he dropped two songs called “Escape Plan” and “Mafia”. Then the Astroworld tragedy occurred. At the Astroworld Festival, there were three deaths and hundreds of injuries due to the crowd at one of his shows trampling and crushing each other due to overcrowding and lack of safety regulations being followed.

Video of the night showed Travis Scott continuing to rap on stage despite screams from the crowd begging him to stop, and despite being informed of people being injured. As ambulances were coming in, he was still yelling into the microphone for people to get “wild and crazy”. The rest of the festival was promptly cancelled.

Afterwards, safety experts determined that all of the deaths and injuries had been preventable and that Travis Scott had shown a dangerous disregard for the safety of his audience, something he had a history of.

In 2017, a fan had been paralyzed at one of his shows and in 2015, Travis Scott pled guilty for recklessly endangering fans who he had actually encouraged to climb over security barricades. He was arrested for that.

That same year, he’d encouraged fans to beat up another fan who’d grabbed one of his shoes. Travis Scott also spit on him. That fan sued him for $1 million for injuries.

Travis Scott was born in Houston, Texas, United States of America, on the thirtieth of April in the year 1991, under the name Jacques Berman Webster II. From the time he was 1 year old until he reached the age of 6, Travis Scott lived with his grandma in a crime ridden area called South Park in Houston, which left an impact.

Afterwards, Travis Scott moved in with his parents in Missouri City, which was a suburban middle class community, a far cry from what he was used to. His mom was an employee of Apple Computers and his dad was a small business owner and soul musician on the side, his granddad being a composer of jazz music.

Travis Scott got his high school education at Elkins High School, where he did a great deal of musical theatre. He graduated at the age of 17 and went on to the University of Texas at San Antonio, but only stayed one year. He then dropped out in order to focus on a career in music. 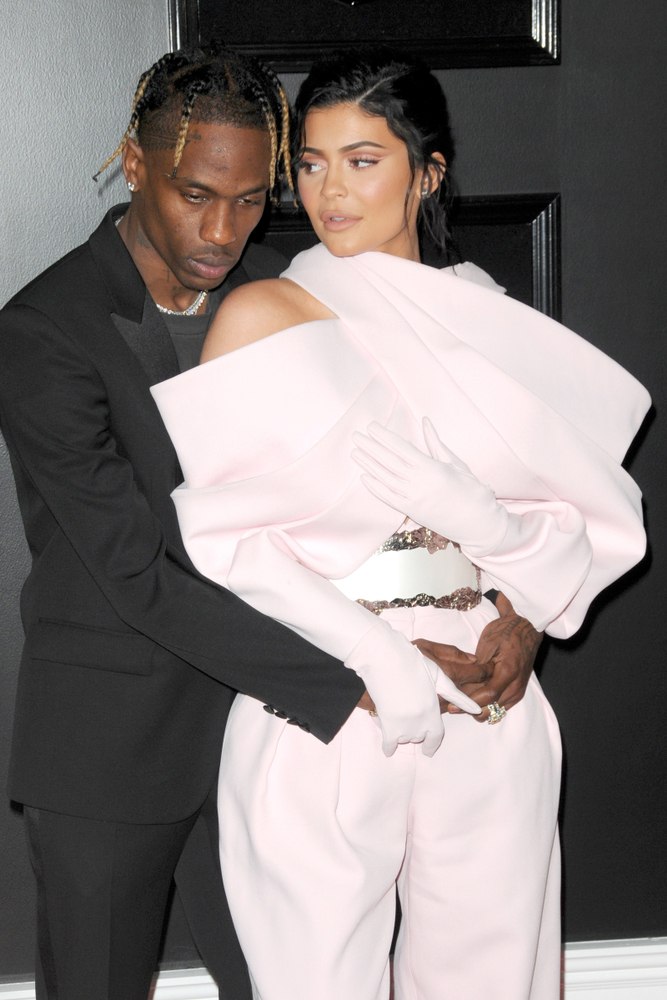 In early 2017, Travis Scott started a relationship with Kylie Jenner, of Keeping Up with the Kardashians fame. They had a daughter together by early 2018. Kylie Jenner made a cameo appearance in Travis Scott’s music video for “Stop Trying to Be God”.

By late 2019, they had announced their breakup but ended up quarantining together during COVID lockdown and ended up both getting back together and ultimately having a son who was born in early 2022.

Travis Scott has accounts on all of the major social media platforms which used to help Travis Scott net worth but has laid low online ever since the Astroworld Tragedy.

Travis Scott used to use his Facebook account to plug his upcoming music, albums, singles, concerts, live appearances, articles, and so on and so forth, as well as to connect with his fanbase, which helped contribute to Travis Scott net worth. However, he has not posted since the Astroworld tragedy.

Travis Scott has an official public verified Twitter account. Travis Scott’s Twitter account handle from which he tweets is @trvisXX. Because Twitter’s system is not case sensitive, however, the name can also be found by entering it all lower case into the search function.

Travis Scott used to use his Twitter account to share his thoughts, plug his upcoming music, albums, singles, concerts, live appearances, articles, and so on and so forth, as well as to connect with his fanbase, which helped contribute to Travis Scott net worth. However, he has not posted since the Astroworld tragedy.

Travis Scott does not have a LinkedIn account. Should this situation change at any point in the future and Travis Scott choose to sign up for one, we will be sure to update this page with that information. Our goal is to keep our readers informed of all of the latest news about Travis Scott net worth, career, and life.

Travis Scott does not have an official public verified TikTok account. Should this situation change at any point in the future and Travis Scott choose to sign up for one, we will be sure to update this page with that information. Our goal is to keep our readers informed of all of the latest news about Travis Scott net worth, career, and life.