Tracy Morgan Net Worth – How Much Does He Make?

Tracy Morgan Net Worth is estimated at around $70 million. Tracy Morgan is very well known for being a stand-up comedian, an actor in comedy, and an author.

His career has spanned many years, and despite almost losing his life in a car accident, he still performs today. Keep reading to find out more about Tracy Morgan.

Who Is Tracy Morgan? 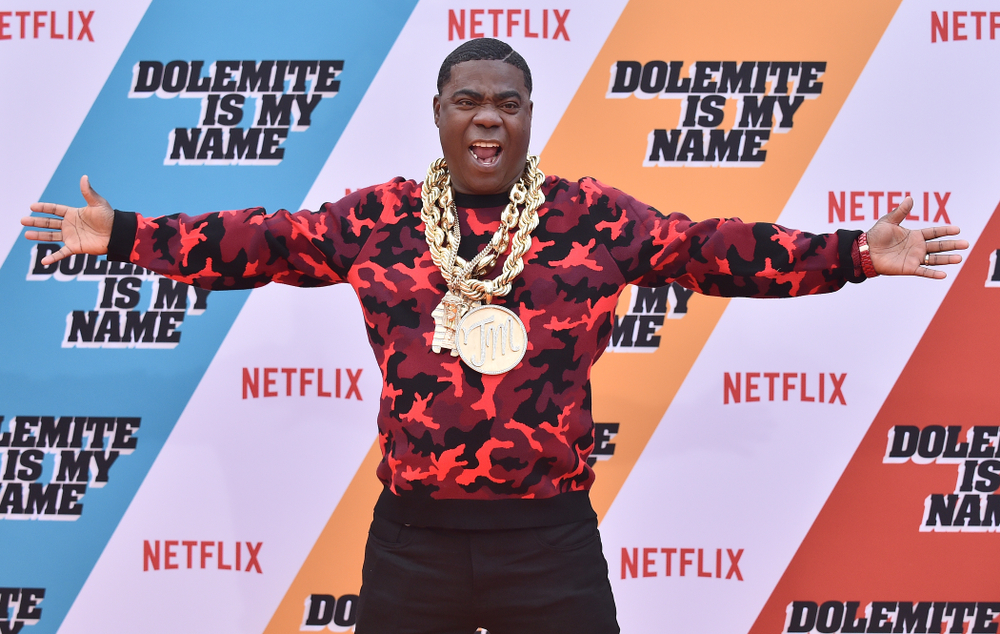 Tracy Morgan is an Actor and Comedian. He made a name for himself when he was a cast member in shows like “30 Rock” and “Saturday Night Live.”

He also appeared in What Men Want, Half Baked, The Star, Superhero, and Head of State.

Tracy Morgan’s full name is Tracy Jamel Morgan. He was born in the Bronx, New York, USA, on November 10, 1968. He is African American.

Tracy Morgan grew up in Brooklyn and is one of five children to Jimmy Morgan and Alicia Morgan. He is the second oldest. He was named after one of his father’s friends who died in the Vietnam War.

Tracy’s mother, Alicia, brought up the children as a single mother after his father, Jimmy, left. He was six years old at the time. Jimmy was a musician, and he was also in the military. On his return from the war, he became addicted to heroin.

Tracy attended DeWitt Clinton High School, and in his second year of high school, he found out that his father had AIDS. Just four credits short of graduation, in 1987, he ended up dropping out because he was bullied at school and needed to care for his father. And later that year, Jimmy, who was 39 years old at the time, passed away.

Tracy then turned to selling drugs until his best friend suggested that he start performing his stand-up comedy on the streets to earn a living. Very soon after that, his best friend was murdered.

He’s always said that his uncles were very funny when he was growing up. But as he got older, he was introduced to Eddie Murphy, Bill Cosby, Richard Pryor, George Carlin, and Martin Lawrence.

He is also the biggest fan of Lucille Ball and Jackie Gleason. Listening to each of them talk and be funny simultaneously inspired Tracy Morgan to make a go of it and see how far it would take him.

Bobby Lee Net Worth – How Much Is He Worth? 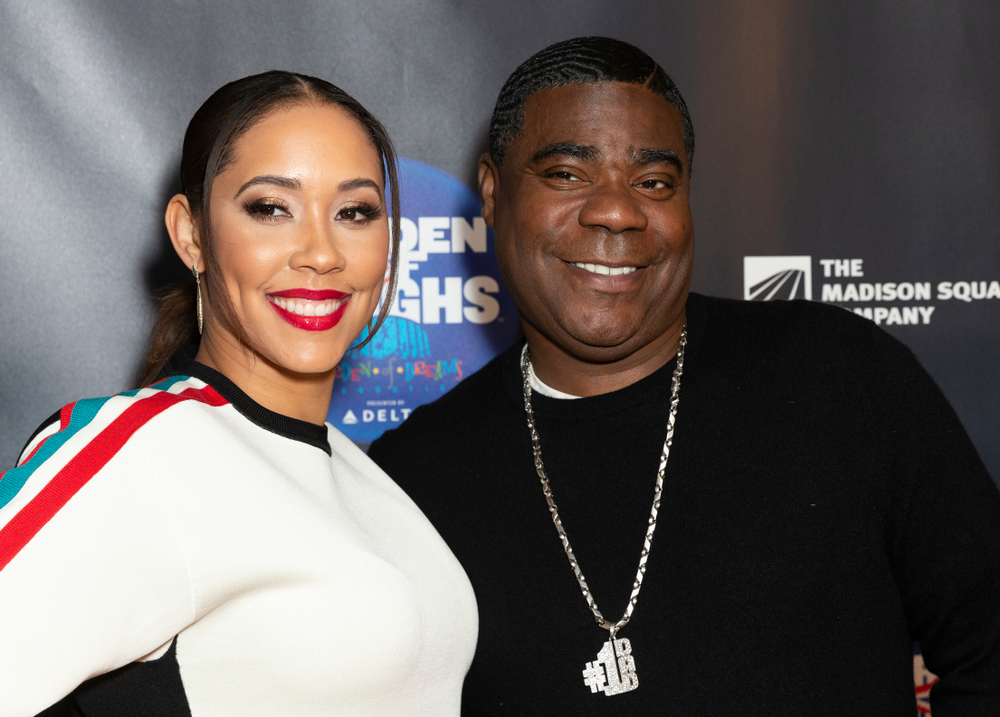 In 1984 Tracy Morgan started dating Sabina. She was his girlfriend from high school. In 1987 they went on to get married and together had three sons, Tracy Morgan Jr., Malcolm Morgan, and Gitrid Morgan. Then in 2009, the couple got divorced.

In 2011 Tracy started dating, Megan Wollover. Megan is a model. On July 2, 2013, the couple welcomed Maven Sonae, their daughter, to the world.

Tracy and Megan then tied the knot on August 23, 2015. They are currently living in New Jersey.

In 1996, he was diagnosed with type 2 diabetes. In an interview with Time, he admitted that it wasn’t until he got sick that he started to take his diabetes seriously.

Tracy was arrested in 2005 and charged twice with DUI. After being charged the second time, he avoided jail but had to do community service, and he was sentenced to wear a SCRAM (Secure Continuous Remote Alcohol Monitoring) ankle bracelet.

In 2010, he had a kidney transplant, forcing him to sit out two episodes of 30 Rock. But his health issues didn’t end there.

Then in 2012, TMZ had reported that during the Sundance Film Festival, Morgan had attended the award show ceremony, appearing “extremely intoxicated.” While being escorted out, he fell unconscious, landed in an ambulance, and rushed to the hospital.

TMZ was told by a hospital spokesperson that no alcohol or drugs were found in Tracy Morgan’s system. His rep blamed the collapse on “altitude and exhaustion.”

On June 7, 2014, Tracy Morgan and a few friends were on their way back from a stand-up gig. According to CNN, while driving along a New Jersey highway, they were struck by a tractor-trailer. Tracy was in critical condition, but his long-time friend, Jimmy Mack McNair, was pronounced dead.

Then in August of 2014, it was reported that Tracy Morgan had broken his nose, one leg, and his ribs in the crash. He also had no memory of what had happened. And according to Benedict Morelli, his attorney, Morgan had suffered a brain injury.

After a few weeks of being in a coma, he started rehab, where he spent the rest of the year healing.

His accident later led to a high-profile lawsuit, and Morgan sued Walmart. It was found out that when the crash had occurred, the truck driver had been driving tired and was awake for 28 hours. The settlement figure was somewhere in the region of around $90 million.

Tracy Morgan’s settlement from Walmart was amicable enough that the comedian could afford to go out in the spring of 2019 and buy a lovely new Bugatti sports car for $2 million.

Sadly his excitement was short-lived because a few hours after his purchase, the car was damaged in a fender-bender. A Honda CRV attempted a right turn from the left lane, resulting in the Honda smashing the side of the Bugatti.

The car was so new it still had the dealer tag on it.

Tracy Morgan did let his Twitter fans know that he was ok. His tweet wrote, “Thanks for any concern, but I am totally fine,” “My NEW CAR? We shall see.”

Tracy Morgan’s career initially began when he started performing his stand-up comedy on the streets.

1992 – 1994 – Morgan regularly appeared on Uptown Comedy Club. This show aired for two seasons.
1994 – his professional acting career really began when he appeared on the show “Martin.” In total, he appeared in 137 episodes.
1996 – 2003 – Tracy Morgan started as a cast member in a comedy series called “Saturday Night Live.”
2006 – “Where My Dogs At?” is an animated series in which Morgan voiced the character of Woof.
2006 – 2013 – Tracy Morgan played Tracy Jordan on the television sitcom “30 Rock.” He was nominated for a Primetime Emmy Award after receiving a lot of praise for his performance in the show.
13 June 2007 – He hosted the Spike Guys Choice Awards.
14 March 2009 – he returned to host on “Saturday Night Live” and reinstated his roles as Brian Fellow and Astronaut Jones.
20 October 2009 – he published his autobiography “I Am the New Black,” which is about his life.
2013 – He hosted the Billboard Music Award.
He appeared in two episodes of Tanked, the Animal Planet series.
17 October 2015 – he was a guest on Jimmy Fallon’s show. And in 2016, Tracy Morgan was nominated for an Emmy Award.
2018 – Present – He has starred in The Last O.G.
10 July 2019 – he hosted the ESPY Awards 2019 in Los Angeles.
2020 – He is the voice of Captain Caveman in the film “Scoob.” Over time Tracy Morgan has also acted in a few commercials. Tracy Morgan also hosted the VH1 Hip Hop Honors.

2022 – It was announced in February by the New York Friars Club that Tracy Morgan will be awarded the Entertainment Icon Award at the Spring Gala. This is a prestigious comedy award, and Morgan is the ninth recipient to receive it. It also makes him the first Black recipient.

Films Tracy Morgan Has Acting In

Dream Net Worth – Just How Rich Is This Streamer?

From being so successful with stand-up comedy, and getting his big break when he appeared in “Saturday Night Live,” Tracy Morgan’s Net Worth is estimated at around $70 million. And there seems to be no end to his successful career.

Tracy Morgan was said to be one of the highest-paid actors for 2014 by “People with Money” Magazine.

During his career, he has received 33 nominations and 5 wins.

2009 – Primetime Emmy Nominee for Outstanding Supporting Actor in a Comedy Series, playing Tracy Jordan in 30 Rock.
2016 – Primetime Emmy Nominee for Outstanding Guest Actor in a Comedy Series, for being a Host on Saturday Night Live.
Behind The Voice Actors Award
2015 – Winner of the BTVA Feature Film Voice Acting Award. Best Vocal Ensemble in a Feature Film – The Boxtrolls.

27 January 2011 – Morgan appeared on the NBA on TNT pregame coverage of the New York Knicks, and the Miami Heat live basketball game that was nationally televised.

3 June 2011 – Nashville, Tennessee, during a performance, Morgan reportedly stated that if his son were gay, he’d better speak to him like a man, or he’d pull out a knife and stab him.” Tracy Morgan did apologize and said that he’d “gone too far.”

Unfortunately, the comments reflected negatively on NBC and 30 Rock, as these are two diverse and all-inclusive organizations and do not condone violence or hate of any kind.

25 June 2011 – Tracy Morgan proceeded to pass comments during another show at Caroline’s in New York City. This time they were about disabled children. His comment was, “don’t ever mess with women who have retarded kids,” and then referred to a women as a “cripple.”

2012 – Alicia Warden, Tracy Morgan’s mother, was about to lose her home in Youngstown, Ohio. She asked her son if he could help her, which resulted in him offering her a $2,000 one-time gift. She refused!

In a statement, he responded, saying, “I am saddened that these untrue stories about me have people questioning my commitment to my family. For reasons that are between us, I have not seen my mother in 11 years, and outside of a random call here and there have had little to no contact with my sister. We all have personal family issues that we have to deal with in life, but I choose to deal with mine in private and not through the media.”

2014 – Alicia Warden tried to visit Tracy in hospital soon after his accident, but she was turned away but Wollover (Tracy Morgan’s now wife) and hospital security. She mentioned that she returned the next day and was then let in to see her son for a few minutes.

June 2019 – Driving his new Bugatti Veyron, when a female driver crashed into the side of his sports car, Morgan was captured on video, yelling at the woman, “bitch, get out of the car.”

A reporter from CBS visited Morgan to hear his side. Morgan opened the gate to allow him in, he even answered the door, but he refused to comment.

“My sense of humor is a turkey, and I pull it out of the oven and baste it in reality.” – Tracy Morgan.

“I want to be an example of a guy who made something of himself out of nothing. A guy who overcame the odds of a tough childhood, who worked hard, who didn’t let his surroundings get the best of him and lead him to jail or the graveyard. Where I ended up – being a comedian, a TV star, and a movie actor – might be unique, but my story is not.” – Tracy Morgan.

“And when I was angry, when I was younger, I was in a cocoon. Now I’m a beautiful, black butterfly.” – Tracy Morgan.

“People live too much of their lives on email or the Internet or text messages these days. We’re losing all of our communication skills.” – Tracy Morgan.

It’s fair to say that Tracy Morgan has had an incredible career, with a very strong comedy presence both on television and on stage.

Through everything he has dealt with, Tracy Morgan is still standing tall!

With his different income streams, he has money coming in from his perfume brands and his own vodka, and the many restaurants that he owns; all this is contributing to Tracy Morgan’s net worth which will continue to grow.