Tory Lanez Net Worth – How Much Is He Worth? 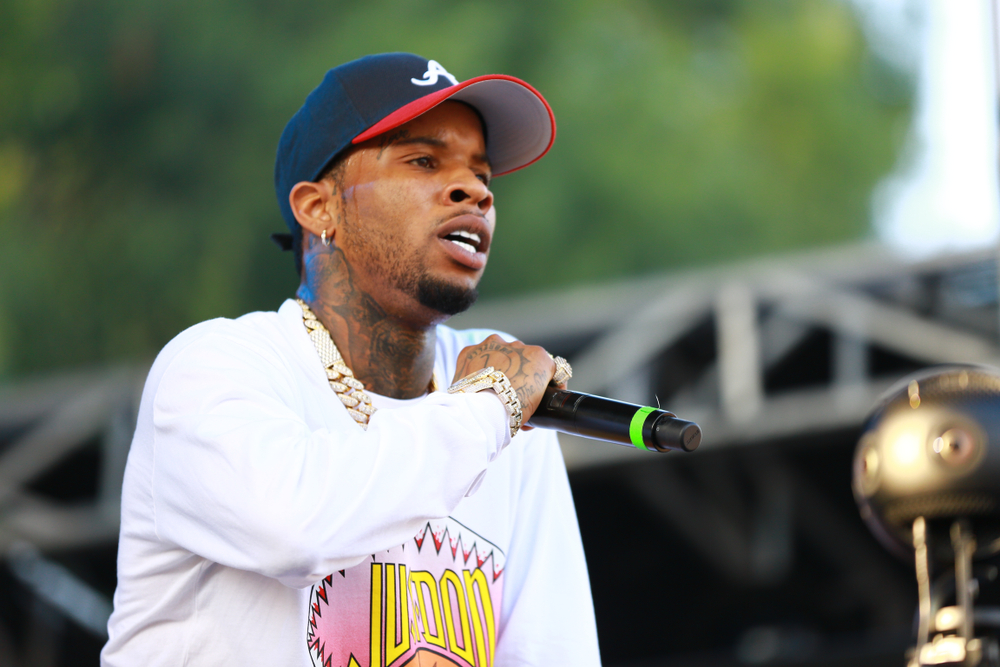 Tory Lanez net worth is estimated as being somewhere between $2 million and $4 million. The majority of Tory Lanez’s net worth comes from his huge success in the music industry.

That includes not only singing but also directing music videos. He also has a successful fashion line that contributed to his wealth.

Who is Tory Lanez?

Tory Lanez is a Grammy-nominated rap artist, singer, and music producer, who has had his fair share of hits as well as controversies. Most notoriously, there were allegations that he is the person who shot the rap star Megan Thee Stallion in 2020.

He also has his own fashion line called Forever Umbrella. His actual name is Daystar Shemuel Shia Peterson.

Tory Lanez’s career began when he 17, in 2009. Living in Florida at the time, he put out a mixtape that he named T.L 2 T.O, which was praised at the time for being energetic and ambitious for such a young man. He also began to direct and release music videos of his music, which he then posted on YouTube.

This caught the attention of the songwriter and singer Sean Kingston (famous for songs such as “Beautiful Girls” and “Eenie Meenie”), who was particularly taken with a video Lanez had posted of him rapping over a track by rap artist Lloyd Banks. Kingston reached out to him and invited him to meet him during a tour that Justin Bieber was doing nearby.

Soon after meeting, Kingston invited Tory Lanez to actually perform live on stage in that tour, which was a huge boost to Lanez’ confidence as well as his career, evidenced by the fact that the next year, Tory released a whopping four mixtapes in one year, including Just Landed and Playing for Keeps.

These were so successful that the next year, at the age of 19, Time is Money Entertainment, Kingston’s label signed him on. He soon afterwards released another three mixtapes. They were called Mr Peterson, Chixtape, and Swavey. These did so well that he then decided to strike out on his own without the backing of the label.

He started to put out independent releases again, including Sincerely Tory and Chixtape II. He performed at the These Things Happen Tour, videos of which he posted on his YouTube channel.

In 2014, he put out a song called “Teyana,” dedicated to a singer he admired, Teyana Taylor, who herself put out her own song in response called “Dreams of F*ckin’ an R&B B*tch”.

Tory Lanez then started releasing a series of videos, songs, and albums every Friday on the online magazine, HotNewHipHop. It was called Fargo Fridays, based on another nickname of his, International Fargo. Some of the featured songs included “Balenciagas,” “Talk On Road,” and “I’ll Be There”. 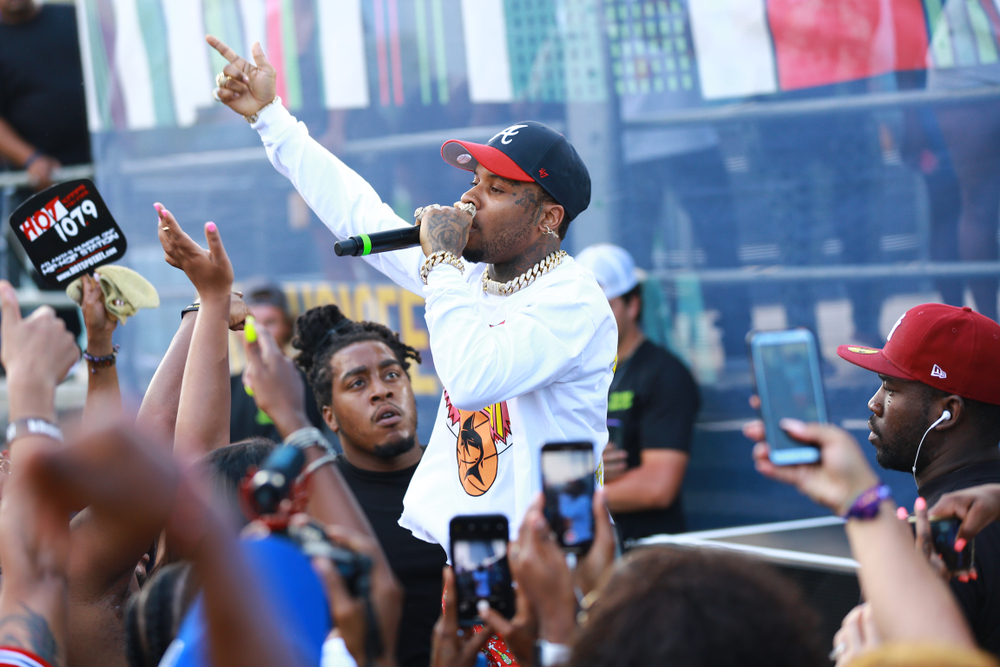 Based off this success, he then announced his first big tour as a headline, which he dubbed “The Lost Cause Tour”, which was named after his latest release, Lost Cause. Over the next few years, he released a bunch more singles including “In For It”, “Ric Flair, “Acting Life”, and “Karrueche”, which was the lead single for his EP, Cruel Intentions.

Although he had amassed quite a large amount of mixtape and EPs at this point, Tory Lanez hadn’t yet produced a full album. That all changed when he finally signed on to Mad Love Records, run by Benny Blanco, and released I Told You, whose debut single was called “Say It”. The next single was “BLOW”.

He then put out another two mixtapes, called Chixtape III and The New Toronto, and his star continued to rise when he was a musical guest on the late night show Jimmy Kimmel Live!

2016 saw him undertaking the “Level Up Tour”, which included the release of another new track, this one a collaboration with ASAP Ferg called “Line Up the Flex”. He then released “Luv”, the second single from his first album. “Luv” did very well, rising to 23rd place on the Billboard Hot 100.

Shortly after that in 2018 came his second album, which he called Memories Don’t Die, and then yet another album that same year with Love Me Now? He then put out another two albums in 2020 alone, namely Chixtape 5 and The New Toronto 3.

He continued to release music throughout the pandemic, hosting a show on his Instagram Live that he called “Quarantine Radio”, which led to the start of his own label, One Umbrella. The first song he released under this umbrella was “Temperature Rising”. Three more singles followed, including a new EP that compiled two of them plus more songs, which he named VVS Capsule.

He then made a surprise drop of Daystar, his eponymously named 5th full album, which is perhaps most notable for featuring several songs in which he refutes the accusations that he was the person who shot Megan Thee Stallion.

On 27 July 1992, Tory Lanez was born as Daystar Shemuel Shia Peterson in Brampton in Ontario, Canada. His father, whose name is Sonstar, was a preacher from the Barbados, and his mom, Luella, came from Curaçao. At the start of his life, his family lived in Montreal, Canada, but eventually moved to the United States, settling in Miami, Florida.

Throughout his childhood, Tory was always a fan of rap music and hip hops, and would often rap himself, dreaming of making it big as a rap artist himself one day.

When Tory Lanez was 11, he tragically lost his mother to an unknown disease, which had a profound impact on his life. He had been incredibly close to her, so this loss crushed him.

After this, his dad began to move them around the country as he pursued his work as a missionary and minister. Eventually, he got married to another woman and they settled in Atlanta, Georgia.

Around this time, Tory made a friendship that would be extremely important to his life. He was janitor called Hakeem, who dubbed him with a nickname that would become his last name, namely “Lanez”.

It came from the fact that Tory was a bit of a daredevil who spent a lot of time wandering on foot on street lanes, not paying attention to the traffic that could hit him at any moment.

He continued to act out, until the age of 14, when his dad couldn’t handle him anymore so sent him to life with family in Jamaica, Queens in New York City. From that point, he was sent to live with his grandma in Toronto, Ontario, Canada, but she kicked him out as well. He was essentially homeless when he was 15 because of this.

In an interview with the magazine XXL in 2016, he explained, “I ended up moving downtown with these three dudes that I didn’t really know. I came into the house and I didn’t realize how things worked. From like fifteen to eighteen, I was just fighting them. It was every man for himself.

“That’s what made me a man, having to fend for myself and being in a situation where there is no dad, no grandma and no mom to help you. It changed the person that I am today.”

It’s at this point that began to rap again, although this time more seriously as a potential career. He renamed himself Tory Lanez, taking the latter from his nickname. The former was a shortening of “Notorious,” a tribute to the Notorious B.I.G., his idol. Tory dropped out of school at 16 and began rapping at outdoor concerts.

Tory Lanez is not married and, as far as we know, does not have any children.

Tory Lanez has been plagued with many controversies over the years, probably the most prominent of which was the accusation that he shot Megan Thee Stallion. The story goes like this: on 12 June 2020, Lanez was pulled over by police in Hollywood after a party, and arrested. The charge was that he had had a concealed weapon on him.

Fellow rap singer Megan Thee Stallion, a passenger in the vehicle, was seen to have a bloody wound on her foot, which were claimed to have been the result of an injury from broken glass. Shortly afterwards, however, Megan claimed on Instagram that this wasn’t true, and that she had actually been shot. She didn’t say who had done it, however.

The next month, however, Megan Thee Stallion changed her story, saying that it was Tory Lanez who had been the assailant. She said on Instagram Live, “You shot me, and you got your publicist and your people gong to these blogs lyin’ and sh*t. Stop lyin’. Why lie?”

Lanez denied that he did it, even making it the subject of almost the entirety of his album Daystar. He claimed that Megan was attempting to frame him for something he didn’t do.

He finally had official charges brought against him in October 2020. As of now, he is in real danger of facing what could be over twenty two years in prison if he’s found guilty.

Megan recently said in The New York Times, “Black women are still constantly disrespected and disregarded in so many areas of life. I was recently the victim of an act of violence by a man. After a party, I was shot twice as I walked away from him. We were not in a relationship. Truthfully, I was shocked that I ended up in that place”.
As a result of the shooting, Lanez’ streaming severely plummeted. They went from approximately 30,000,000 in June of that year to a mere nine million just a few months later.

Tory Lanez, as a young, hot rapper with a huge fan base, has a thriving social media presence. He is popular on Facebook, Twitter, and TikTok, but his Instagram is by far his most popular account.

Tory Lanez has a public Facebook account with an absolutely enormous following. He has 2,416,346 followers on the platform. He is very active on the site, often posting photos of himself in various fashion looks, at big industry events, and with celebrity friends, along with clips of his music videos, concert performances, and so on and so forth.

Tory Lanez is also on Twitter. His handle is @torylanez. On this platform, he has 2.1 million followers, and he himself is following no one. He tweets fairly regularly, not only with funny comments and observations but plugs for his albums, clothing line, cross posts from other platforms such as Facebook and Instagram, and more.

As large as his follower base is on both Facebook and Twitter, Tory Lanez’s Instagram puts them both to shame. On this platform, he has a whopping 11.2 million followers, and is himself following only 32 people. On his Instagram, you’ll find many of the same photos he posts on Facebook, along with lots of plugs for his albums, music, merchandise, events, etc. As on Twitter, his handle is his name, @torylanez.

At the present time, Tory Lanez does not seem to have a current active LinkedIn account. If this should change in the future, we will be sure to update this page with the latest information.

Tory Lanez also has a TikTok account, under the handle @torylanez. He has 1.8 million followers on TikTok, along with 7 million likes. He is following only 11 people at the present time. He uses his TikTok mostly to post funny videos and memes, along with clips of his music.