Steven Rinella Net Worth | How Much Does The Meat Eater Make?

“I am a Meateater. I am Steven Rinella!” In this post we aim our scope at what Steven Rinella’s net worth is as we do a guided trip through the life of the writer, hunter, husband, father, fisherman, action adventurer and television host… and more

Let’s hit the Steven Rinella Net Worth trail and learn how his early childhood helped him to headshot a multi-million dollar business, we get to know the family and see where he grew up… and where he is headed.

Who is Steven Rinella?

People believe that if you do what you love, you will not work a day while doing it. Keeping that in the back of your head, if you asked, ‘Who is Steven Rinella?”, you could answer that he is someone who has not worked a day in his life, and amassed the $4 million Steven Rinella net worth while doing it.

Rosemary Johnson and Frank J Rinella welcomed their third son into the world on Wednesday, February 13, 1974, in Twin Lakes, Michigan. Frank was an avid outdoorsman, fisherman and hunter and Steve literally grew up in his dad’s footsteps. At three years old he caught his first fish, and his love for nature and the freedom and excitement it offers became his addiction. He confesses that he is “fueled by nature… #fueledbynature”.

With his two older brothers, Matthew and Daniel, Steven Rinella started honing his skills as an excellent outdoorsman under the watchful and keen eye of his, now late father. Frank J passed away in 2002.

There are more than 1000 square miles of lakes around the area of Twin Lakes where Steven Rinella roamed in his early childhood, so it was to be expected that fishing would become part of his life, along with hunting and trapping. It was during his teen years that the young eco-warrior also discovered he had a talent for writing… and this would be the conduit that he needed to perfect the recipe of wild and bloody adventure combined with compelling storytelling and stunning cinematography that is the backbone of his most successful venture, the Netflix series, MeatEater.

A Love for Nature

In Steven Rinella’s heart, conservation is at the core of everything he does, and his love for the land grew as he spent more time enjoying nature. He started looking at ways to pursue his hobby in a more permanent way.

In the end, he decided to combine all of the things he enjoyed into a single activity so that he would be able to make money and enjoy spending the bulk of his life doing something that he truly loved. This was his first steps towards building the Steven Rinella net worth.

The nimrod had discovered his talent for writing and graduated from Grand Valley State University with a BA in English. He then earned a Master’s in Creative Writing from the University of Montana before writing travel articles for many well-known publications, including The NY Times, Oprah Magazine and Men’s Journal, to name a few.

Wanting to share his experiences of hunting and fishing with more people, he wrote his first book, ‘The Scavenger’s Guide to Haute Cuisine’, in 2006. It was also around this time that outdoor shows started gaining popularity on mainstream television with shows like Big Deer Television and Extreme Catches.

It was important to him that he was able to translate his experiences to others by finding a way to allow those who do not enjoy outdoor recreational activities to relate to those who do. His vision was that the suit in the air conditioned office learns to respect Earth and the people who harvest from it, while simultaneously getting valuable information on conservation.

Currently, he spends a large amount of time doing exactly what he has always wanted to do, spending time in amazing places all over the world… hunting and fishing and sharing his experiences to eager outdoor enthusiasts worldwide, and through different media streams. 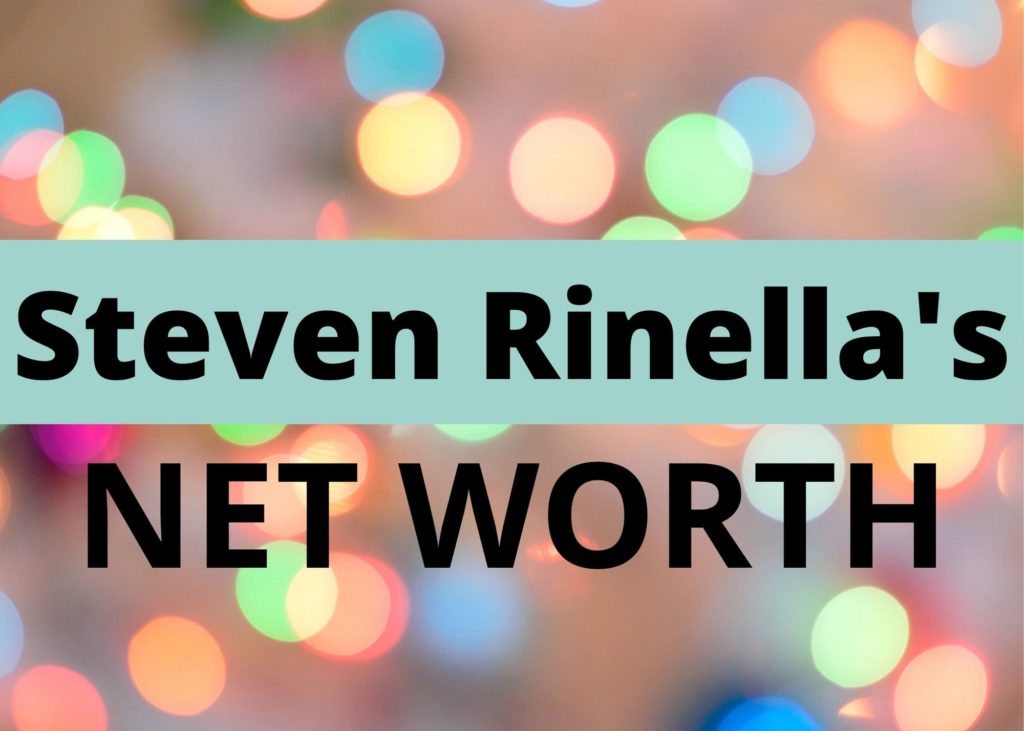 What is Steven Rinella Net Worth Estimate?

The Steven Rinella story is akin to living the American dream for many individuals, and Steven Rinella’s net worth is certainly something to be envied, whether you are a nature lover or a city slicker. So how does the 48 year old huntsman rake in the big bucks (besides shooting and eating them)?

MeatEater Inc. has a staff of around 35 employees and is the main source of income for Mr Rinella. Meateater merchandise is extremely popular and his website sales adds a fat chuck of cash to the Steven Rinella net worth.

The Meateater YouTube channel has close to a million subscribers and the 600 videos that have been posted so far have had more than 100 million views, and that translates into some serious dollars. Steven also earns an income from his Meateater Podcasts and has appeared on the Joe Rogan Show more than a few times.

Rinella’s company also sells hunting gear from FHF Gear and First Lite on its “MeatEater” website. It seems like the man has hit the bulls eye of happiness and success, which has added a few zeroes to the Steven Rinella net worth.

Steven Rinella’s net worth and stature are both impressive. Two years short of a half century, Steven stands an even six foot, or 184 cm, tall when he is barefoot. At an even 182 lbs or 82 kg, he believes that staying fit helps him be a better hunter. His dark brown eyes match his hair.

For the three brothers, Daniel, Matthew and Steven Rinella growing up in the village of Twin Lakes made for a wild and free childhood. Surrounded by Lake Elizabeth and Lake Mary, and with an avid and skillful father to guide and teach them, every day was an adventure and they all grew attached to the land and its bounty. Steven eventually became wealthy by monetizing his passion and the Steven Rinella net worth today is substantial for an outdoorsman. Matt and Dan appeared with Steven on an episode of Meateater that was practically a dedication to their late dad, Frank J.

Steven not only loved being in nature, reading was another way for him to gather knowledge. From a very early age he consumed countless non-fiction publications about the history of our American wilds and also liked tales of adventure.

He started his formal educational journey at Reeths-Ruffer High School. He also attended Мuѕkеgоn Соmmunіtу Соllеgе аnd obtained a Masters Degree at the Unіvеrѕіtу оf Montana. When asked why he chose Montana he reiterated that it had the best hunting and fishing. It is more than likely not a choice he ever regrets as Steven Rinella’s net worth can attest.

Recommended reading:
Dj Envy Net Worth – What’s The Rapper Worth?

As a toddler Steven followed his father as well as his short legs could carry him, unwilling to miss a moment and maybe lose an opportunity to learn something… this was in reality the start of his career, and the first teetering steps towards the start of the Steven Rinella net worth.

Steven’s passion for everything that hunting and fishing can offer shines through in his writing, and his books speak louder than a charging Grizzly (which has happened to him) to his readers. He has penned half a dozen works, devoted to his admiration of nature, hunting and fishing. A regular feature in his later productions and writings followed as his mastery of creating amazing dishes with venison grew.

Writing has also contributed to Steven Rinella net worth. After college, Steven moved to Montana to pursue his dream of being an outdoor and adventure travel writer. His articles were published in varied publications that ranged from Field and Stream and American Hunter, to the New York Times and O magazine. Here is a list of his published books:

Rinella previously hosted an eight-part Travel Channel series called The Wild Within and appeared in the 2018 documentary, “Stars in the Sky: A Hunting Story.”

It all fell into place for Rinnela in 2012 when he launched his television series that was aptly named, Meateater. The half hour shows showcases hunts from spectacular venues across the USA as well as on foreign soil. Although there are killshots and some blood it is captured in a non threatening way. The episodes also attempt to educate the average viewer regarding conservation and harvesting and preparing haute cuisine dishes with what gets sustainably hunted.

Besides his love for writing and hosting television shows, the dynamic fisherman also has a super successful YouTube channel and podcast. He regularly has guest slots on other shows including The Joe Rogan Experience. He appears to be very active, and there is no shortage of work for him to do. Obviously, all of that means a growth in Steven Rinella’s net worth.

In 2012 MeatEater was suggested as a nomination for a host of nominations at the SCSC awards:

Join Steven Rinella and his friends and enjoy some epic hunting and fishing adventures in some of the most awe inspiring sceneries in America and across the world. Meateater Season 10 now entertaining all outdoor enthusiasts on Netflix.

Steven grew up in rural Michigan before completing his studies in Montana (because of the best hunting and fishing opportunities).

Steven Rinella’s net worth may not have changed much when he got married to Katie Finch in the summer of 2008, but he did get $100 because of a bet he took with a friend. Steven wagered that he would one day marry the girl who was, according to him, his polar opposite. He received an envelope with his winnings two days before his wedding.

Catherine Parlette Finch and Steven met while he was celebrating the success of his first book with his editor in New York. Katie was the then Director of Publicity at the publishing company that distributed Rinella’s book.

The couple chose to spend their honeymoon in the Seychelles – Steve for the fishing and Katie for the remoteness. She is currently the Chief Communications Officer for MeatEater Inc and the couple have three children.

Recommended reading:
Nathan Lane Net Worth – How Rich Is He?

Currently, the Steven Rinella net worth is estimated to be around the 4 million dollar mark. Steven Rinella has managed what most of us only dream of, to monetize his passions and hobbies, and to get super wealthy doing what he loves. You can watch this busy outdoorsman on a variety of platforms that include YouTube, Netflix and on a few different podcasts to see how his work resulted in the very comfortable Steven Rinella net worth.