Ruben Studdard Net Worth – How Rich Does The Idol Star Get?

Who is Ruben Studdard? 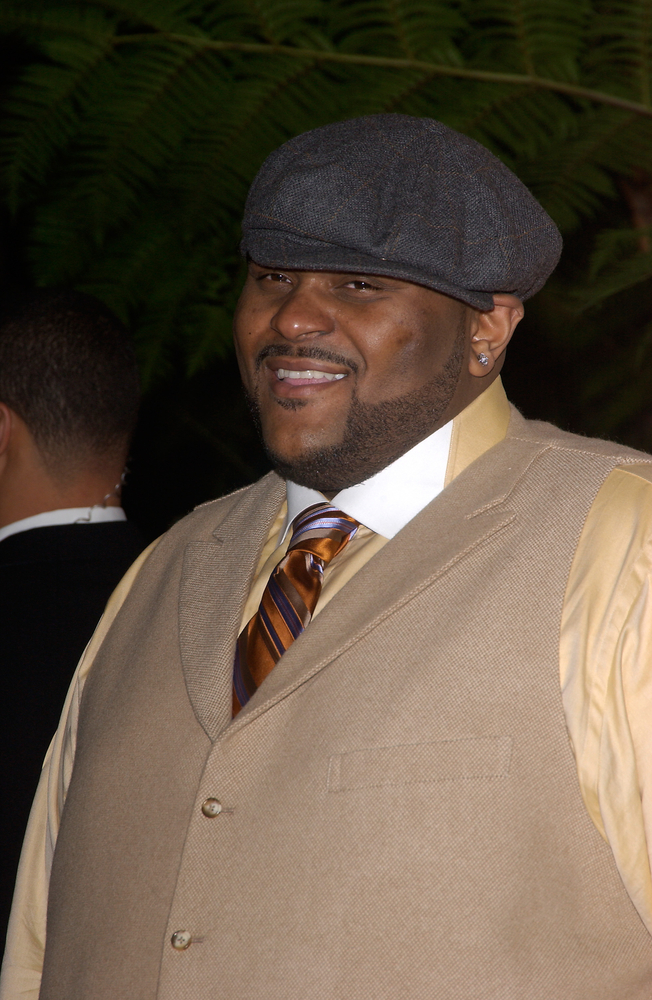 Ruben Studdard is a singer, performer, and actor who first became famous thanks to appearing on and ultimately winning the 2nd season of the iconic hit FOX reality TV competition show American Idol. Not long afterwards, Ruben Studdard’s “Superstar” was nominated for a Grammy for Best Male R&B Vocals.

During American Idol auditions, Ruben Studdard wowed the judges with his performance of “Ribbon in the Sky”, the classic song by the legendary singer song writer Stevie Wonder, which led to him landing into the actual competition itself.

Over the course of his run on the show, some of Ruben Studdard’s standout moments were singing the Bonnie Bramlett and Leon Russell song “Superstar” as well as “A Whole New World” from Aladdin, based on the Regina Belle and Peabo Bryson version from the Disney film’s end credits sequence.

Ruben Studdard didn’t only won critics and viewers but many legendary music performers as well. People such as Gladys Knight, Luther Vandross, Lionel Richie, The Bee Gees’ Robin Gibb, and Neil Sedaka heaped praise upon him.

Fans dubbed Ruben Studdard the Velvet Teddy Bear. One of his trademarks was to wear tee shirts with the numbers 205 printed in text upon them. The 205 was representative of his hometown, Birmingham, Alabama’s local area code, a sign of love for the place where he grew up and its people.

After winning American Idol against other popular finalist Clay Aiken, Ruben Studdard dropped his version of “Flying Without Wings” by Westlife, the song he had performed on the final episode of his season of American Idol, and the one that had won him the competition. It immediately hit the second spot on Billboard’s Hot 100.

Before his debut album Soulful even came out, Ruben Studdard had amassed over a million pre orders, due to the immense popularity he had gained on the show. It immediately topped the Billboard 200, and sold more than four hundred thousand units in one week alone.

This made Ruben Studdard the second most successful American Idol person in terms of sales in the first week of an album release. Of the songs on that album, “Sorry 2004” did the best, itself getting to the second place on the R&B singles charts, as well as ninth overall on the Hot 100.

“Superstar” got a Grammy nom for Best Male R&B Vocal Performance. Ruben Studdard was up against Luther Vandross, his musical idol, who he ultimately lost to. Ruben Studdard, did, however with another award that year: namely the award that the NAACP gives out everywhere to Outstanding New Artist.

In late 2004, Ruben Studdard’s second album, I Need an Angel, dropped. As its title indicates, it was full of gospel music. The title song was written by the now extremely controversial R Kelly. Over the course of its sales, I Need An Angel has sold approximately half a million copies, and was certified gold by the RIAA.

Concerned about his health due to his obesity, Ruben Studdard then began an intense fitness program, as well as dieted, and ended up shedding more than seventy pounds before his next album came out.

In the meantime, Ruben Studdard also appeared on screen in the cult film sequel Scooby Doo 2: Monsters Unleashed, along with guest spots on various television shows such as One on One, 8 Simple Rules, and Life on a Stick.

October 2006 saw the release of Ruben Studdard’s next album, which was called The Return, and was not only a return for Ruben Studdard to making records but also a return to rhythm and blues as opposed to gospel. It didn’t sell as well, but two of its most popular songs were “Change Me” and “Make Ya Feel Beautiful”.

In mid-2007, Ruben Studdard made a guest appearance on American Idol’s sixth finale, and then did some theatre work. Ruben Studdard costarred with actress Robin Givens in a play called Heaven I Need a Hug, and then performed in the Broadway musical Ain’t Misbehavin’ when it went on tour in 2008.

Ruben Studdard got fantastic reviews for his role in Ain’t Misbehavin’, based on the music of legendary Harlem Renaissance Jazz composer Fats Waller. He was included on the cast album that Rhino Records put out, which was nominated for a Best Musical Theatre Album award at the Grammys.

By the end of that year, J Records dropped Ruben Studdard for The Return underselling. The next big event in his career was singing “Celebrate Me Home” on the 7th season finale of American Idol. That year, he also released a song with Mary Mary and Deitrick Haddon called “Love Him Like I Do”, a gospel number.

Ruben Studdard’s next album, Love Is, came out in May 2009 from Hickory Records, and featured the songs “Don’t Make Em Like U No More” and “Together”. It got great reviews and sold modestly well. At the start of 2020, a greatest hits album dropped called Playlist: The Very Best of Ruben Studdard.

Ruben Studdard once again came back to American Idol to sing one of his new songs, at which point he announced his joint tour with Clay Aiken, the Timeless tour, which went all over North America, in the United States and Canada throughout summer of 2010.

Next, Ruben Studdard signed a contract to release new music through Shanachie Entertainment. The first was his fifth album, Letters from Birmingham, whose songs were unified by a plot line of the length of a fictional relationship being explored through romantic letters to one another, each of which was another song.

Featuring original songs and covers, Letters from Birmingham blended new songs like “Do It Right” with Ruben Studdard’s own versions of songs like classic children’s film Willy Wonk and the Chocolate Factory’s “Pure Imagination” and “Rock Wit’cha” by Bobby Brown.

This album also did modestly well and was very well reviewed.

Soon afterwards, Ruben Studdard dropped his 6th album, Unconditional Love, through Verve Records. Most of the album, as with many of his other, was made up of various covers, all of them love songs, but with 2 original songs interspersed as well, such as one called “Meant to Be”.

Ruben Studdard was born on the twelfth day of September in the year 1978 in Frankfurt in West Germany, Europe. Ruben Studdard’s parents were both America, but his dad worked for the United States Army and just so happened to be stationed there at the time.

Ruben Studdard, however, was not raised in Germany but rather in Birmingham, Alabama, United States of America. When he was only three years old, Ruben Studdard sang publicly on the stage of the Rising Star Baptist Church.

This began a lifelong love affair with music. Ruben Studdard’s mom sang in the choir of the church, while Ruben Studdard often performed gospel solos there.

Music wasn’t his only interest, however. Ruben Studdard played football for the school he attended, Huffman High School. This nabbed him a scholarship for Alabama A&M University. Ruben Studdard managed to continue doing music however even then. While studying there, he also joined a music fraternity, Phi Mu Alpha Sinfonia.

In addition to that, Ruben Studdard also majored in vocal studies at the school, becoming determined at this point to have a musical career. Members from Ray Reach’s UAB Jazz Ensemble had set up a popular rhythm and blues and jazz band called Just a Few Cats in Birmingham, Alabama, which he joined. 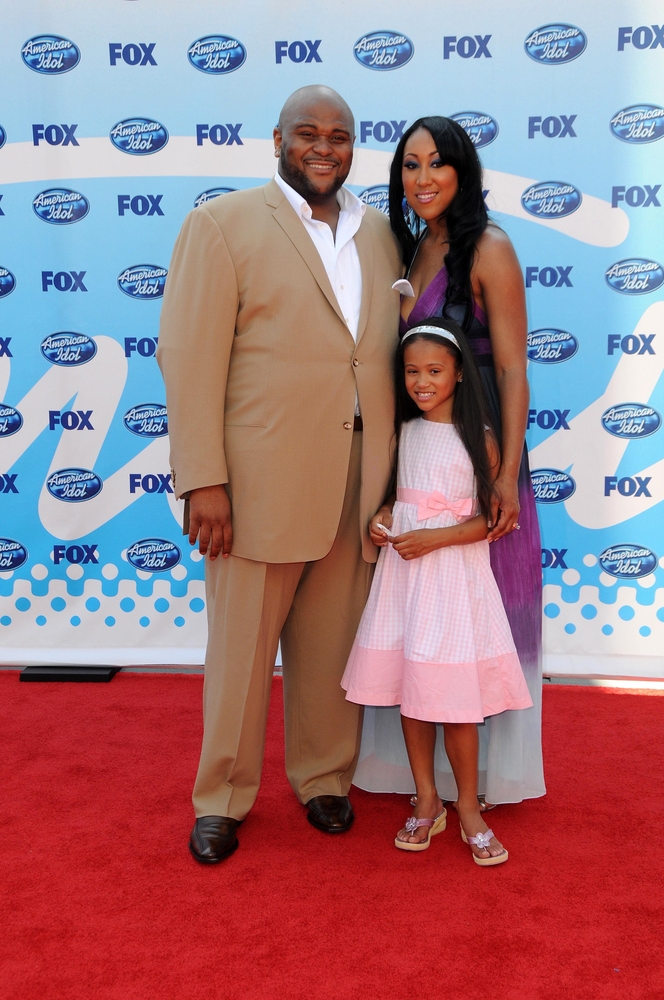 Sadly, however, the marriage did not last long. By just over three years later, they had begun divorce proceedings.

Ruben Studdard has accounts on nearly all of the major social media platforms currently on the internet, all of which have healthy follower counts.

Ruben Studdard mainly uses his Facebook account to post updates about his career, clips of his new music, live concert appearances, articles, interviews, and so on and so forth, which helps Ruben Studdard net worth remain healthy.

On this popular social media platform, Ruben Studdard has nearly eighty seven thousand followers as of the present time, while Ruben Studdard is now following seven hundred and two people himself in return currently.

Ruben Studdard mainly uses his Twitter account to plug all of his upcoming music, albums, and singles, which continues to help Ruben Studdard net worth.

Ruben Studdard has approximately one hundred and three thousand followers on this social media platform as of the present time. Ruben Studdard himself is following six thousand and twenty four people accounts in return himself currently.

Ruben Studdard mainly uses his Twitter account to post memes and posters, as well as updates about his career, clips of his music, live appearances, concerts, articles, interviews, and so on and so forth. This is a significant contributor to Ruben Studdard net worth.

Ruben Studdard does not have a professional LinkedIn business account.

With that said, should the situation ever change, we will be sure to update this page with that information. Our goal is to keep our readers as up to date as possible with the latest news about Ruben Studdard net worth, life, and career.

Ruben Studdard does not seem to have an official public verified TikTok account as of the present time.

Should the situation ever change, we will be sure to update this page with that information. Our goal is to keep our readers as up to date as possible with the latest news about Ruben Studdard net worth, life, and career.