Queen Latifah Net Worth – How Rich Is The Successful Star?

Who is Queen Latifah? 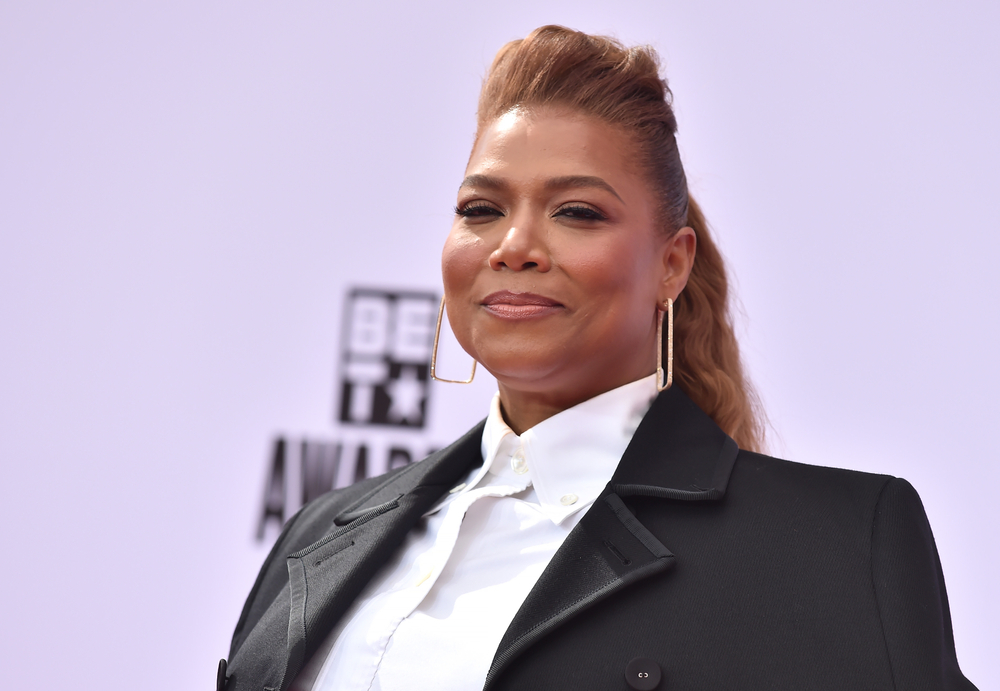 Queen Latifah is a rap artist, singer, and actor whose real name is Dana Elaine Owens. Queen Latifah’s first rap album, All Hail the Queen, came out in 1989 and featured the hit song “Ladies First”. Her second album was called Nature of a Sista.

From the years 1993 through to 1998, Queen Latifah starred in Living Single, a hit African American female centered sitcom on the FOX channel, as the character Khadijah James. Queen Latifah’s 3rd album was called Black Reign, featuring “U.N.I.T.Y.”, and made her the first female rap artist to get certification from the RIAA.

Queen Latifah then starred in the film Set It Off in 1996, and released her next album, Order in the Court, in 1998. In 2002, Queen Latifah was nominated for an Oscar for Best Actress in the hit musical Chicago. Queen Latifah’s next albums were The Dana Owens Album, Trav’lin’ Light, and Persona.

Queen Latifah hosted a talk show called The Queen Latifah Show from 1999-2002 and 2013-2015. She has starred in numerous films including Bringing Down the House, Taxi, Hairspray, Girls Trip, and Joyful Noise. The HBO film Bessie that she starred in and produced won an Emmy for Best TV Movie.

Queen Latifah is often called the Queen of Rap. Queen Latifah was the first ever hip hop singer to get a Hollywood Walk of Fame star. Queen Latifah has won a Grammy, an Emmy, a Golden Globe, three SAG Awards, and two Image Awards from the NAACP. 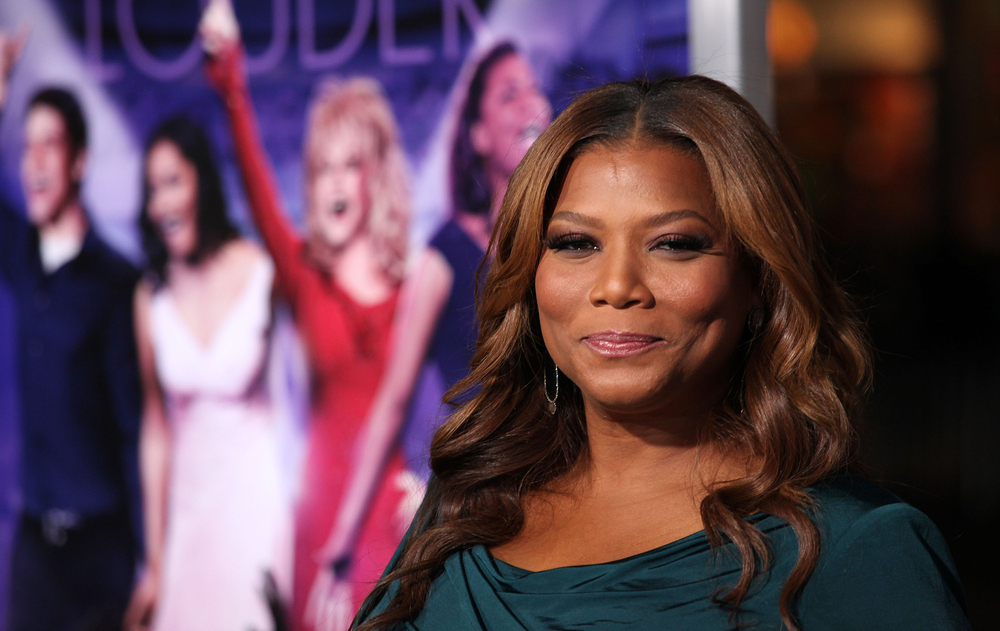 All the way back in 1988, Queen Latifah was beat boxing in a hip hop group called Ladies Fresh, as well as involved in the Flavor Unit. A producer named DJ King Gemini at the time recorded one of Queen Latifah’s raps, Princess of the Posse, giving the demo to Yo! MTV Raps’ host, Fab 5 Freddy.

Dante Ross, who worked for Tommy Boy Music, heard and loved the demo, and signed her on for a contract. In 1989, they put out “Wrath of My Madness”, Queen Latifah’s first single. On the track, Queen Latifah both rapped and sang. She has an impressive vocal range of two octaves and is a contralto.

Queen Latifah stood out amongst the rap industry by directly using her music to comment on the issues of being an African American woman in America. Queen Latifah’s songs have themes about relationships, street harassment, and also spousal abuse and other forms of domestic violence.

1989 also saw the debut of Queen Latifah’s first album, All Hail the Queen. She was only 19 years old at the time. The album’s first single “Ladies First” which had an appearance by Monie Love is significant as being the first rap track to feature a collaboration between two women who weren’t part of a group together.

Her next album, called Black Reign, came out in 1993 and did even better. The RIAA certified it gold. It featured “U.N.I.T.Y.”, a song that would go on to win her a Grammy.

Her next album after that, Order in the Court, was a Motown release. That year, she also became the first rap star to ever perform the coveted and world famous Super Bowl half time show.

Queen Latifah, having started as a rapper, at this point decided to shift to being a more traditional singer. Queen Latifah began to focus on jazz and soul music, featured on her more classic stripped back album, calling it The Dana Owens Album to underline its authenticity. It came out in 2004.

In 2007, Queen Latifah’s performed at Los Angeles’ world famous Hollywood Bowl, headlining a jazz concert with a ten-piece orchestra, before an audience of nearly twelve and a half thousand people.

In 2009, Queen Latifah returned to her hip hop roots with an album that was initially planned to be a direct sequel to All Hail the Queen but ultimately ended up with the title Persona. The lead single was called “Cue the Rain”. In 2011, she dueted with Tony Bennett on his album of duets with various prominent singers.

As far as Queen Latifah’s acting career, she started off with small roles in films such as Juice, Jungle Fever, and House Party 2, as well as ones on such sitcoms as The Fresh Prince of Bel Air and Hangin’ with Mr Cooper between 1991 and 1993.

Then from 1993-1998, Queen Latifah starred in the smash hit Black sitcom on the FOX network, Living Single. In 1996, Queen Latifah had her most prominent on screen role up to that point in the hit film Set It Off, and then a smaller role in Living Out Loud, starring Holy Hunter, in 1998.

In 1999, she appeared with Angelina Jolie and Denzel Washington in the film The Bone Collector. And from 1991-2001, and then again in a 2013 reboot, she hosted a daytime talk show called simply The Queen Latifah Show.

The film itself won Best Picture at the Academy Awards, and she was nominated for Best Supporting Actress for her role, ultimately losing out to her co star Catherine Zeta Jones, who played Velma Kelley in the film. Queen Latifah is one of only 5 other hip hop artists in history to be nominated for an acting Oscar.

Other films she’s done since then included Scary Movie 3, Taxi, Barbershop 2: Back in Business, Beauty Shop, Kung Faux, and perhaps most notably another hit musical, Hairspray, based on John Waters’ earlier film of the same name. In 2006, Queen Latifah did a critically acclaimed role in Last Holiday.

Queen Latifah is also beloved by children the world over for being the voice of the woolly mammoth Ellie in the Ice Age franchise.

In 2007, Queen Latifah got an Emmy nomination, along with a Screen Actors Guild Award, and a Golden Globe for her role in the TV movie Life Support as a woman with HIV.

That year, she also both produced and starred in the film The Perfect Holiday, along with people such as Terrence Howard, Gabrielle Union, Faizon Love, Jill Marie Jones, Charles Q. Murphy, and Morris Chestnut.

Queen Latifah also played Ursula in Disney’s The Little Mermaid Live! Although the show itself got bad reviews, she got raves for what critics called a delightful, tuneful performance as the evil sea witch.

Queen Latifah has had a lot of huge career significant highlights. She was the first female singer in hip hop to get an Oscar nom for an acting role. The Harvard Foundation named her Artist of the Year in 2003. She was the first hip hop singer to be included in the Hollywood Walk of Fame in 2006.

In 2011, the New Jersey Hall of Fame inducted her into their ranks. In the United States alone, Queen Latifah has sold approximately two million albums. She’s won an Entertainment Icon Award from the American Black Film Festival. 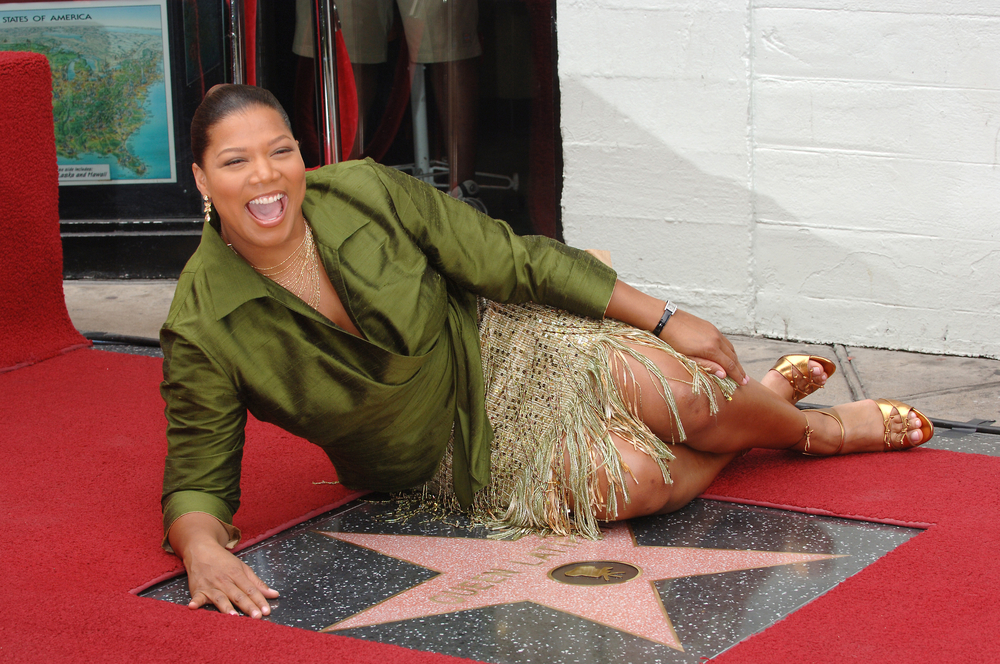 Queen Latifah was born as Dana Elaine Owens on the eighteenth of March in the year 1970 in Newark, New Jersey, United States of America. For most of her childhood, she lived in New Jersey in the county of East Orange.

Queen Latifah’s dad was a cop named Lancelot Amos Owens. Queen Latifah’s mom was a teacher named Rita Lamae. When she was 10 years old, they got a divorce.

Growing up, Queen Latifah was a Baptist but went to Catholic elementary and high schools, before switching to a public school, Irvington High. After graduating, Queen Latifah went to the Borough of Manhattan Community College.

When Queen Latifah was only 8 years old, she discovered the name Latifah, an Arabic name that meant “kind” and “delicate”, which she eventually took on as her own stage name. Being very tall for a girl, Queen Latifah played on the basketball team in her high school.

For many years, Queen Latifah refused to address rumors that swirled around her sexuality, but finally in 2021 at the Black Entertainment Television Awards, when accepting her Lifetime Achievement Award, she finally acknowledged her female partner Ebony Nichols, as well as Rebel, their son.

She closed off the speech by saying “Happy Pride”!

Queen Latifah has a large social media presence, with accounts on most of the major platforms and an extremely high follower count on all of them, which helps her connect with her fans and also indirectly increases Queen Latifah net worth.

Queen Latifah largely uses her Facebook to post photos of herself and her loved ones and acquaintances, as well as to post clips of the shows and films she’s in. This helps connect her with her fans and builds Queen Latifah net worth.

Queen Latifah largely uses her Twitter to post her thoughts and observations, photos of herself and her loved ones and acquaintances, as well as to post clips of the shows and films she’s in. This helps connect her with her fans and builds Queen Latifah net worth.

Queen Latifah’s official public verified Instagram account has approximately six and a half million followers as of the present time. Queen Latifah is herself following nine hundred and thirty six accounts in return currently.

Queen Latifah largely uses her Instagram to post photos of herself and her loved ones and acquaintances, as well as to post clips of the shows and films she’s in. This helps connect her with her fans and builds Queen Latifah net worth.

Queen Latifah does not have a LinkedIn account. This is not surprising as the sort of networking that this business platform provides is often not required by people at her level in the entertainment industry.

However, should Queen Latifah ever sign up in the future, we will be sure to update this page to keep our readers informed of all of the latest news regarding Queen Latifah net worth, life, and career.

Queen Latifah does not have a TikTok account. However, should Queen Latifah ever sign up in the future, we will be sure to update this page to keep our readers informed of all of the latest news regarding Queen Latifah net worth, life, and career.