Philipp Plein Net Worth – How Rich Is The Fashion Tycoon?

Who is Philipp Plein? 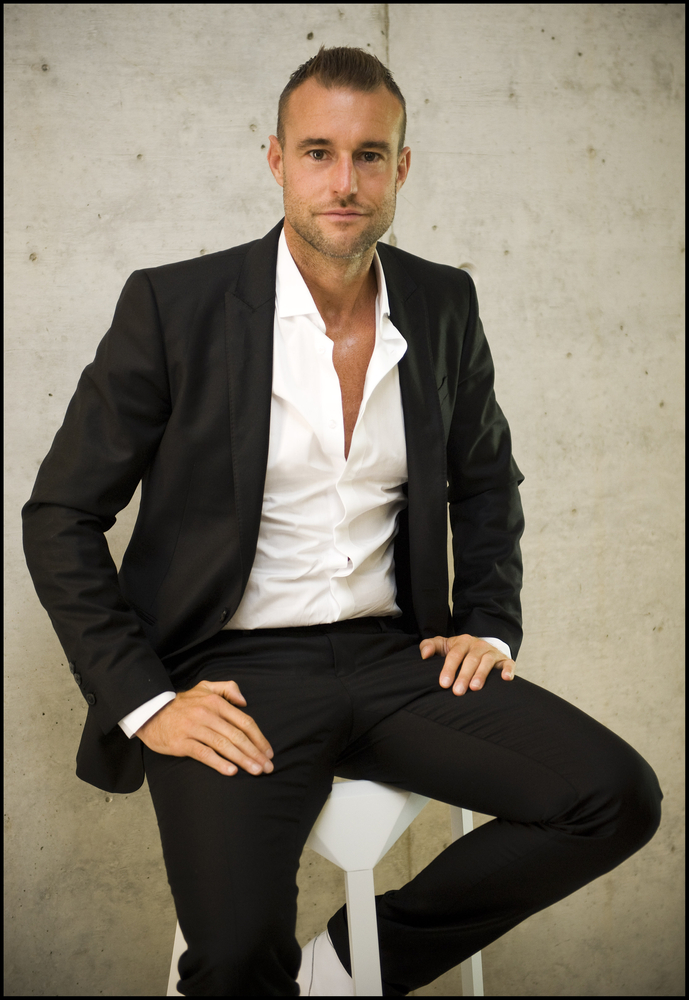 Philipp Plein is a fashion designer from Germany who is known for having founded the Philipp Plein International Group. This group encompasses a number of brands that include Plein Sport, Billionaire, and an eponymous one simply called Philipp Plein. 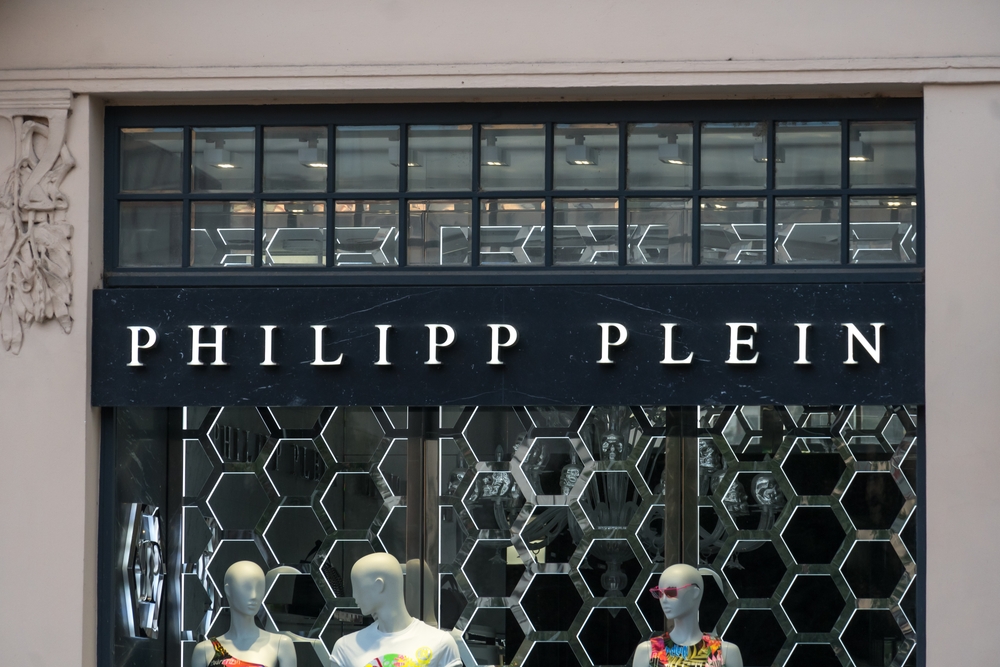 Philipp Plein at first was a law student before deciding to pivot in another direction, becoming a designer. He started out doing luxury dog beds for the pets of wealthy clientele. Philipp Plein founded a company called the Philipp Plein International Group in the year 1998.

Bilanz, a prominent business magazine, named Philipp Plein one of Switzerland’s richest people in 2019 for their yearly Die 300 Reichsten list. Philipp Plein net worth was listed there as three hundred million CHF.

Philipp Plein’s earliest designer clothing collectors were made up of vintage military jackets that he took and to which he added hand sewn embroidery of Swarovski skulls. He sold these new old items at Paris’s famous Maison et Objet.

Philipp Plein added a line of accessories to his repertoire in 2006 and a couture line in 2008. Philipp Plein opened his first shop in Monte Carlo in 2009, followed by a commercial show room located in Milan, Italy.

Philipp Plein proceeded to open a chain of boutiques over Europe in 2010, including locations in Moscow, Vienna, Cannes, Kitzbuhel, and St Tropez, as well as a Düsseldorf based show room. In 2011, he added one in Hong Kong as well.

Philipp Plein opened an additional 10 more boutiques in 2012 in cities such as Berlin, Amsterdam, Macau, Seoul, St Petersburg, Moscow Crocus, Dubai, Milan, Baku, and Marbella. He then signed a deal with the AS Roma football team to design their outfits for four seasons in a row, beginning that year.

He presented the Spring and Summer lines of 2020 at Milan’s famous Social Music City. This line was inspired by the post apocalyptic designs of the film Mad Max: Fury Road.

In 2015 alone, Philipp Plein made two hundred million Euros selling his trendy and, to some, gaudy fashions. By this point, his shops added up to eighty world wide, thirteen of which he owned directly, the rest of which had been franchised), and he had many more on the way.

The merchandise he sold included everything from sportswear for men, dresses for women, children’s clothing, furniture, and much more. His lines are also sold in countless other retail department stores a well.

Philipp Plein is known for designing shirts with outrageous phrases printed on them meant to shock including things like “F*ck the police”, “Pimp from hell”, and “Rich A$$”.

No one is quite sure how Philipp Plein’s business originally managed to be financed nor how he is so enormously wealthy now. The fashion shows he puts on cost millions and millions of dollars.

For example, in Milan once he hired an entire monster fleet to descend upon the set and drop the models onto a mirrored set covered in dry ice smoke.

Despite this, Philipp Plein insists that he’s a self made man who, after a small investment given to him by his dad of approximately ten thousand Euros that led to him starting out by designing dog beds.

According to him, he got the idea when he did research and discovered that people love their dogs so much that, even when the economy is down, they will splash out money on making sure they’re happy and comfortable.

Philipp Plein designed a prototype dog bed that he referred to as being essentially a steel couch for dogs. His beds ended up being too high end for a typical pet store, however, so he began to show them at high end furniture stores, targeting them at wealthy clientele.

This led to yet another realization on his part, that he should branch out into leather inset tables with a mock crocodile print on them. They sold extremely well, and he had earned around 4 million Euros in only a few years. He did this by realizing he needed sell things that were different than what others were selling.

Philipp Plein continue to reinvest into his new venture, as well as in a German company that made stainless steel. He basically fell into fashion when the champagne company Moët & Chandon hired him to design and to build a grand installation for them to be used at a Düsseldorf trade show.

They told him that he would be allowed to sell his own furniture there as well, and in order to show off the various colors available for the various sofas, Philipp Plein crafted tiny bags to function as color swatches. People who walked by liked the bags so much, they asked to buy them.

The bags ended up leading to leashes for dogs and then stumbling upon the notion of attaching Swarovski crystal to military jackets.

People went nuts for the crystal skulls which helped him build a wealthy, excited base of customers that would come to the trade shows as well as shops. This all inspired him to put on a fashion show in Milan in 2010.

Here he stumbled again upon an idea that became a key part of his future brand and strategy: a typical runway show that in a grand spectacle, eventually transformed into a full on rave that lasted into the wee hours. He became famous for this mix of high fashion and in your face party atmosphere.

Philipp Plein is also known for splashing out a lot of money on his models, hiring huge names such as the previously mentioned Mischa Barton, Theophilus London, Rita Ora, Iggy Azalea, Naomi Campbell, and more. Many people love them while others find the parties too loud and gauche, for the nouveau riche.

Philipp Plein tends to roll his eyes at the snobbery that sometimes faces him and his work. At the same time, he feels that when he spends a huge amount on a spread for a big magazine, he demands editorial coverage. At the same time, he tends to dismiss their importance, saying his work for his clients, not them.

Some of Philipp Plein’s major industry connections include Franca Sozzani at Vogue Italia, who gave him a cover shoot, and Carine Roitfeld, who used to be Vogue Paris’s editor in cheief.

According to Philipp Plein, he doesn’t have a single cent of debt. And he loves to post photos all over social media of muscled male torsos covered in tattoos, as well as various artsy environments.

Many consider him a bit of a brat, but at the same time, even a lot of the establishment in fashion seem oddly drawn to him despite themselves. Many refer to his work as deliberately bad taste, and yet people are clearly drawn to his work, given his immense power and net worth.

Essentially, many people think that what he’s doing is a pose and yet many find that very pose extremely compelling and appealing, and they pay the high price tags for his work, knowing that it is different, unique, and highly desirable. 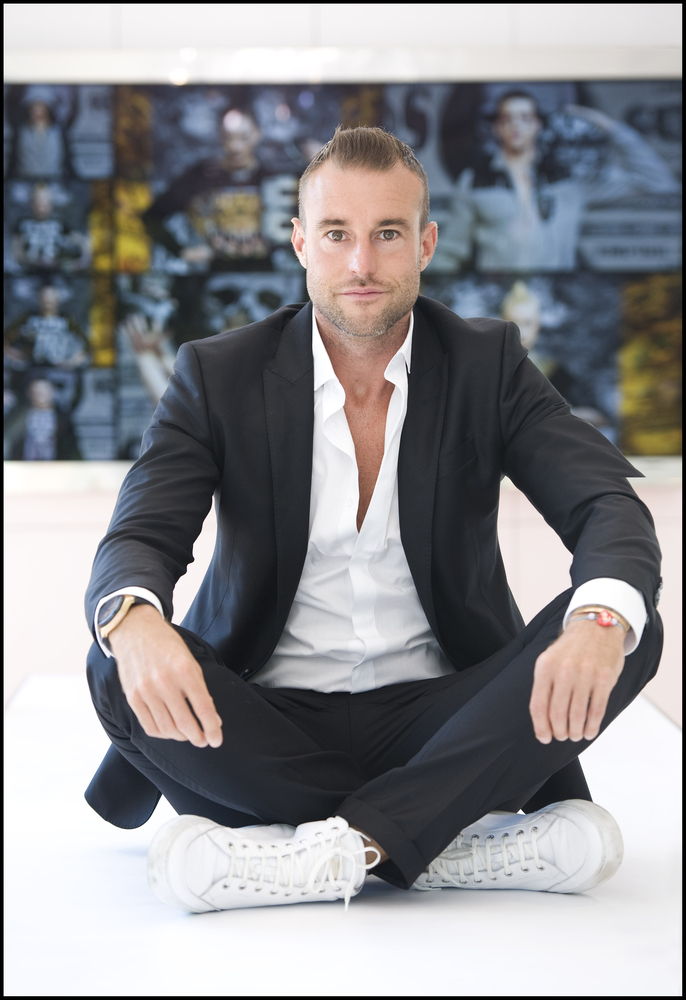 Philipp Plein was born in Munich, Germany on the sixteenth of February in the year 1978. Born into a wealthy family, Philipp Plein’s dad was a doctor who sent his son to an expensive and elite school called the Schleswig Salem school, where Prince Philip of England attended when he was young.

At first Philipp Plein was planning on pursuing a career in law so studied it in school, but he ultimately realized that he had no passion for it, and so he eventually gave it up and instead became a designer of furniture and more, explaining he wanted to be happy, and if possible, rich as a result. He certainly attained this.

Although as a person, Philipp Plein does not have a great deal of social media, his company has a presence on almost all of the major platforms, which undoubtedly is enormously helpful towards continuing to maintain and build Philipp Plein net worth.

Philipp Plein does not have a personal official verified Facebook account. His brand, however, does have one which can be found by simply searching his name, Philipp Plein.

The Philipp Plein official public verified Facebook account exists to plug and sell all of the various pieces of merchandise that Philipp Plein has designed, which naturally has a direct affect on Philipp Plein net worth.

As of the present time, Philipp Plein’s official public Twitter account has approximately nineteen and a half million people following it. Philipp Plein’s account is in turn following seventy people currently.

The Philipp Plein official public Twitter account exists to plug and sell all of the various pieces of merchandise that Philipp Plein has designed, which naturally has a direct affect on building Philipp Plein net worth.

Philipp Plein uses his Instagram account to post glamorous photos of himself, along with many of his various products and designs, which helps encourage people to buy his merchandise and therefore increases Philipp Plein net worth.

Philipp Plein does not have a personal LinkedIn account but his brand does have one. This, of course, directly contributes to Philipp Plein net worth.

Philipp Plein does not have an official public verified TikTok account as of the present time.

Should this situation change at any point of the future and Philipp Plein choose to sign up for one, we will be sure to update this page with that information. Our goal is to keep our readers informed of all of the latest Philipp Plein net worth, life, and career, news.

Philipp Plein’s height is not a matter held in the public record, however it is estimated to be approximately 5 feet, 10 inches, which comes to 178 centimeters or 1.78 meters.

Philipp Plein’s weight is not a matter held in the public record, however it is currently estimated to be approximately 165 pounds, or 75 kilos.