Paul Wall Net Worth – How Much Does He Make?

Today we’re going to have a look at Paul Wall net worth. He is a born American rapper, singer, actor, and DJ.

The acclaimed entertainer has released a whopping 12 studio albums and numerous mixtapes throughout his career.

He won a Grammy Award nomination, in 2007, for Best Rap Performance as a Duo or Group for a collaboration with Nelly on their hit ‘’Grillz.’’ 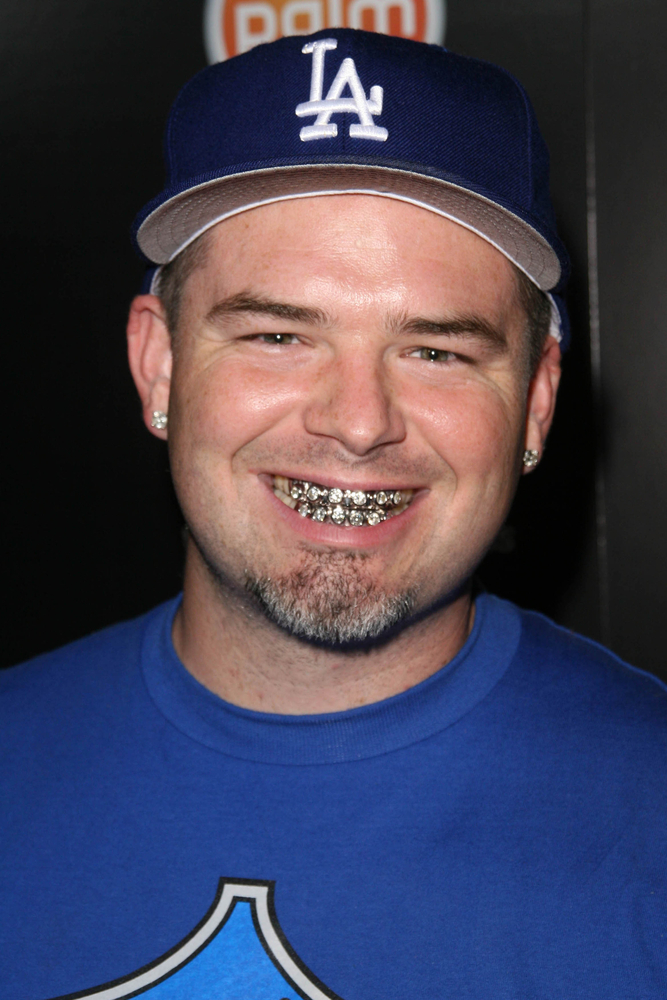 His full name is Paul Michael Slayton Wall. He was born in Houston, Texas, on March 11, 1981, and raised by his American parents in Georgetown, Texas.

His father was a heroin addict, and as a result his parents separated when he was young, leaving Paul and his sister to be raised by their mother, Rikki Slayton. Paul was about 4 years old at the time.

Paul joined Jersey Village High School, where he became friends with Mike Jones, someone who would, later on, influence his life and career, as he is the one who introduced him to rapping.

Needless to say that he developed a keen and serious interest in his music while he was relatively young.

He would later go on to study mass communications at the University of Houston for three years before eventually dropping out to concentrate solely on music.

Formal schooling did not impress him that much, so he quit and did not complete his undergraduate studies.

After leaving university, he teamed up with Chamillionaire, a rapper based in Houston, Texas. They released several mixtapes together before parting ways much later into his rapping career.

The duo started to make some noise in the music world when they initially got Michael *5000* Watts to allow them to rap on his radio station.

They carried on with recording mixtapes. They would appear on the mixtapes of other rappers in and around Houston, and they would soon start landing more opportunities. This would help them go on to release one mixtape after another.

Finally, the pair signed a single album contract with Paid in ‘Full Records.’ Their album, “Get Your Mind Correct,” was released in 2002. It was a hit that sold over 200,000 copies.

Paul, as mentioned above, was interested in music at an early age, and it wasn’t long before he made a name for himself in rapping and the general entertainment circles.

In 2004 he released his first album, “Chick Magnet,” still under the ‘Paid in Full Records.’ The debut album went on to rank at number 4 on the Billboard Top R&B/Hip Hop Albums chart.

In 2005 Paul Wall signed with Atlantic Records and Asylum Records, where he released his second album, “The People’s Champ.” This is when he really claimed his fame, and the album became an immediate success, hitting number 1 on the Billboard 200.

And the RIAA also certified it platinum, while his two singles, “Sittin’ Sidewayz” and “Girl,” both got gold in the United States.

Paul and Chamillionaire created and released their second and last collaborative studio album, which they called “Controversy Sells.“ The album would go on to peak at number 50 on the Billboard Top R&B/Hip-Hop Albums chart.

In 2006, Paul released his third solo album, “Get Money, Stay True.” This album debuted at number 1 on the Billboard Top R&B/Hip-Hop Chart.

It featured both singles “Break ‘Em Off” and “I’m Throwed.”

Paul Wall was nominated for the Grammy Award for Best Rap Performance as a duo or Group. This was for the collaboration with Nelly on the song “Grillz.” An award that he is still best known for!

In 2008, Paul embarked on a countrywide tour with III Bill and Tech N9ne.

In 2009 he appeared in the movie that, if anything, had a comical if not strange title known as “I Hope They Serve Beer in Hell.” In partnership with the screenwriter Nils Parker and Tucker Max, Paul co-wrote the songs for this film.

In this engagement, Paul was the character in the “main event.” He was the rapper that players had to beat to win the game.

In 2012, Paul Wall released a mixtape titled “No Sleep Til Houston,” and a year later sent out a mixtape in collaboration with Slim Thug. This was for the 2013 Houston NBA All-Star Game.

Between 2013 and 2014, he released the following two studio albums. They were “The Po-up Poet” and “#checkseason.”

Vibe magazine said, “The almost circus-like production re-establishes the idea that so long as Wall’s been in the game, he’s been a beloved Texas rap legend.”

Paul also publicly endorsed the Democratic Presidential nominee Barack Obama in the 2008 election and played an instrumental role in the “Barack the Vote” effort. His preferred candidate eventually romped to victory and became the first African American President.

Paul Wall’s impressive career spanning over 20 years has been tremendously lucrative.
Currently, Paul Wall’s net worth is about $ 2.5m.

This has been earned mainly from his music, DJ, and acting career. Paul’s album, “Heart of a Champion,” earned him a cool $97,000, while his other album, “Get Money, Stay True, fetched him another $94000.

“Get My Mind Correct” with Chamillionaire was again a big sale that earned him around $157,000.
Acting has also earned Paul some superb wages since he has starred in several highly successful films.

Besides music and acting, Paul is also a successful businessman. He not only makes diamond-decorated Grillz for high-end clients like T I and Lil Jon, but he also owns a clothing brand that brings in quite substantial profits owing to his big name in the entertainment industry.

Paul Wall tied the knot with his wife Crystal in 2006 and have had two children together. They met at the University of Houston, Texas, at the turn of the Millennium, and it was love at first sight, thanks to their shared interest in music.

They dated for a long time before finally walking down the aisle. Their firstborn, William Patrick Slayton, is 15, while their daughter Noelle Slayton is 13.

They continue to be a solid couple, and their marriage seems to be free from any feuds and controversies if their photographs on social media platforms are anything to go by.

Paul Wall underwent an extreme diet and had gastric sleeve surgery, resulting in him losing a considerable amount of weight.

Andy Kellman pronounced Paul Wall’s rapping style as having a “thick but swift Southern drawl’’ whose lyrics had “countless local terms (slabs, swangas, candy paint, tippin’) that necessitate a glossary for many listeners.”

On November 19, 2004, Paul Wall with his entourage reportedly attacked Chamillionaire’s younger brother, Rasaq Seriki, at a nightclub. As a result, Chamillionaire did express his disappointment in Paul Wall, arguing that they were all once family and that events like this should never have happened.

Chamillionaire noted that before the incident between Paul and Rasaq, the three were members of “The Color Changin’ Click,” but they broke up in 2005.

However, they buried the hatchet in 2010 when they came back together.

Wall was quoted saying: “It took a long time and us growing. You know we started as a group, and a lot of times when you go your separate ways, many people say, “Oh, you can’t do it without him.” and so you wanna prove them wrong. I know for me, I wanted to prove everyone wrong, and I prove that I could make it on my own.”

Chamillionaire responded: “We had been bumping into each other a lot. It’s kinda been died down for a little bit now, but we just kinda needed that stamp of approval.

I think the tour kinda just solidifies it for other people. It’s not like today we just stopped beefing, we stop beefing a long time ago, but nobody believed us.”

Paul Wall has appeared in several movies during his break from rapping. Paul Wall appeared in Furnace with Ja Rule.

In 2009 he appeared in the film “I Hope They Serve Beer in Hell” along with Matt Czuchry and Jesse Bradford.

He was also in the 2010 science fiction film Xtinction: Predator X.

In 2014, Paul also appeared in Isaac Yowman’s theatrical film “The Holy Spoof.” This movie was an immediate success, selling out in virtually all its theater showings. Later its digital version release followed.

Some of the best career highlights of Paul Wall include but are not limited to the following:

“When you win an award from the Grammys, it means a lot ‘cause it’s voted on 100% by the people.”
“I always wanted a grill, but I couldn’t afford one. So I hooked up with the guy who made it. I brought him so much clientele that he had me open my own store, and we ended up going into a partnership together.”

“No matter who you are, you always want more recognition, but I’m grateful for what I do have, and I feel like I’ve earned it…So I’m going to continue to put in that hard work, build relationships with people, and continue to grow as an artist…So hopefully, from that, I’ll be able to get more recognition.”

“I’ve been working in the studio with T Farris, who A&Red my first album and also Mike Jones album. We’re pumping out a lot of hits with Houston producers.”

“If you choose the right people for the group, it goes a little bit differently. At the same time, you can’t always predict what’s going to happen. Success might change people. I love music so much, and as long as I got all this enthusiasm and ambition, and passion for this music; as long as I’m having fun – I’m gonna keep doin’ it.”

“People’s feelings get hurt when they figure out what I’m worth. All through the hood, I’m grippin’ wood and blowin’ pine.”

Lil Reese Net Worth – How Much Does He Make?

Paul Wall is a pre-eminent rapper who has built an impressive net worth in a career spanning over twenty years.

Presently, Paul is a member of the rap group Expensive Taste, along with fellow rappers Skinhead Rob and Travis Barker.

As of 2022, Paul Wall’s net worth is estimated at a staggering $5 million, and his wealth continues to grow since his albums have stood the test of time and continue on an upward trajectory. Talk of a rapping celeb whose brand is evergreen.

If he sticks with this momentum, Pall Wall net worth will just keep climbing.