Morgan Freeman Net Worth – How Wealthy Is The Hollywood Star?

Who is Morgan Freeman? 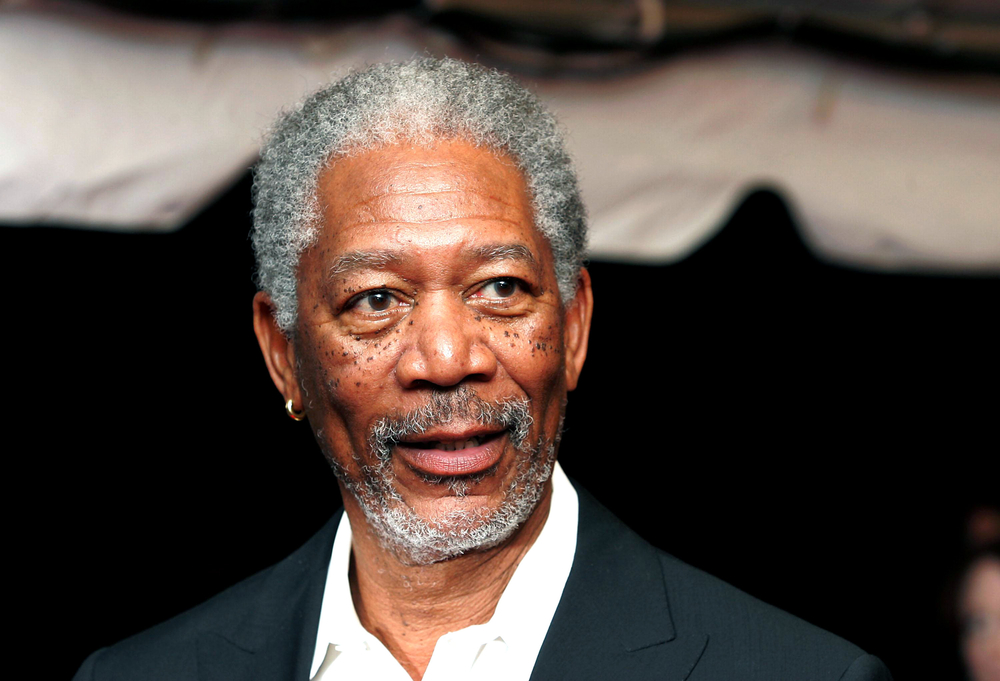 Morgan Freeman is an actor and director, as well as being a documentary narrator. Morgan Freeman has played many different sorts of parts over a wide range of films in a career that has lasted over the course of 5 decades, being known for his deep and distinctive voice.

Additionally, his stage work has led to Morgan Freeman winning 3 Obie Awards. Some of his most notable films include Street Smart, Glory, Lean On Me, Driving Miss Daisy (for which he got his first Oscar nomination), Unforgiven, The Shawshank Redemption, Se7en, Amistad, Million Dollar Baby, Invictus, and The Dark Knight Trilogy (composed of Batman Begins, The Dark Knight, and the Dark Knight Rises).

In 1964, Morgan Freeman was a dancer at the World’s Fair as well as being an official member of the San Francisco musical theatre company, the Opera Ring. He toured in a production of the play The Royal Hunt of the Sun, and did extra work in the 1965 film The Pawnbroker, directed by Sidney Lumet.

In 1971, Morgan Freeman began starring in The Electric Company, a popular kids’ show for PBS that was a companion piece to Sesame Street for older children. He stayed on until 1975.

Meanwhile, Morgan Freeman got two more Obie Awards around this time, the first for a musical called The Gospel at Colonus, and the second for playing Hoke Colburn in Driving Miss Daisy, a role he would soon afterwards re-create on screen.

In 1989, Morgan Freeman appeared in four significant films. The first was Glory, a film about the Union’s second Black regiment in the Civil War, in which he played John Rawlins. The film got 5 Oscar nominations, winning 3 of them.

The second was the film of Driving Miss Daisy, with Jessica Tandy. It was a huge box office success and got 9 Oscar noms, including a Best Actor nom for Morgan Freeman. The third was Lean on Me, where Morgan Freeman played a high school principal, and the fourth was Johnny Handsome, in which he played a cop.

In 1991, Morgan Freeman appeared as the Saracen character, Azeem, in the beloved Robin Hood: Prince of Thieves. In 1992, Morgan Freeman had a role in Unforgiven, a multi-Oscar winning Western directed by Clint Eastwood, as well as in The Power of One.

In 1993, Morgan Freeman directed a film called Bopha! About a cop in the Apartheid era of South Africa, starring Danny Glover. In 1994, Morgan Freeman had another career-defining role as Red in The Shawshank Redemption, a much beloved film based on a novella by Stephen King. He again got a Best Actor Oscar nom.

In 1997, Morgan Freeman had a role in Steven Spielberg’s Amistad, and played Alex Cross in the film of James Patterson’s Kiss the Girls.

In 1998, Morgan Freeman starred as the President of the United States in the sci-fi thriller Deep Impact, and then in another disaster film called Hard Rain with Christian Slater.

In 2000, Morgan Freeman appeared in the dark comedy film Nurse Betty with Renée Zellweger, Allison Janney, Greg Kinnear, and Chris Rock. He then had a role in Under Suspicion with Gene Hackman.

In 2001, Morgan Freeman starred again as Alex Cross in the sequel Along Came a Spider. In 2002, Morgan Freeman and Ben Affleck starred in a film of Tom Clancy’s The Sum of All Fears, and then he starred in High Crimes with Jim Caviezel and Ashley Judd.

In 2003, Morgan Freeman played God in the smash hit Jim Carrey comedy Bruce Almighty, and then starred in Stephen King’s Dreamcatcher. Later that year, he also appeared in Levity as well as Guilty by Association.

In 2004, Morgan Freeman appeared in The Big Bounce, a comedy, as well as Clint Eastwood’s Million Dollar Baby, which finally got Morgan Freeman his first Oscar. He also got a Golden Globe nom for the role, though didn’t win that one.

In 2005, Morgan Freeman appeared in An Unfinished Life, War of the Worlds, March of the Penguins (as a narrator), Batman Begins as Lucius Fox, Unleashed with Jet Li, Edison, and finally Magnificent Desolation: Walking on the Moon 3D, a documentary in which he played Neil Armstrong’s voice.

In 2006, Morgan Freeman acted in The Contract with John Cusack, and then Lucky Number Slevin with Ben Kingsley, Stanley Tucci, Lucy Liu, Bruce Willis, and Josh Hartnett. This was followed by 10 Items or Less.

In 2007, Morgan Freeman returned as God in the sequel film Evan Almighty, starring Steve Carell, and then appeared in Feast of Love. Next, he did Gone Baby Gone, directed by Ben Affleck, and The Bucket List with Jack Nicholson, directed by Rob Reiner.

In 2008, Morgan Freeman appeared in Wanted, a comic book adaptation, was the narrator for The Love Guru, and then reprised Lucius Fox in The Dark Knight. He also made a Broadway return in The Country Girl, a production of a famous Clifford Odets play costarring Peter Gallagher and Frances McDormand. Mike Nichols directed.

In 2009, Morgan Freeman appeared in Thick as Thieves, The Maiden Heist, and Invictus, playing Nelson Mandela. He got another Oscar and Golden Globe nom for this role, as well as a Screen Actors Guild Award nom. In 2010, he appeared in RED, another comic book adaptation.

In 2011, Morgan Freeman appeared in Dolphin Tale and on stage in 8, a play by Dustin Lance Black about the overturning of California’s Prop 8, which banned same-sex marriage. In 2012, Morgan Freeman came back as Lucius Fox in The Dark Knight Rises, closing out the trilogy.

In 2013, Morgan Freeman appeared in Olympus Has Fallen, Oblivion, the magical Now You See Me, and Last Vegas.

Morgan Freeman’s place of birth was Memphis, Tennessee, United States of America, where he was born on the first of June in the year 1937. Morgan Freeman’s mom was a teacher named Mamie Edna and his dad a barber named Morgan Porterfield Freeman. He is the youngest of four siblings.

When he was still a baby, Morgan Freeman’s parents sent him to live with his dad’s father in Charleston, Mississippi, United States of America. This set off a pattern of him moving around throughout his childhood years, including Greenwood, Mississippi, then Gary, Indiana, and ultimately Chicago, Illnois.

When he was 9 years old, Morgan Freeman landed the school play’s leading role, which was his first time acting. Afterwards, he got his high school education at Broad Street High School. Morgan Freeman was the winner of a statewide drama competition when he was twelve years old.

In 1955, Morgan Freeman graduated and had received a drama scholarship from a university but ultimately decided not to attend but to instead sign up for the U.S. Air Force, where he served in the role of ATR repairman. Eventually, he rose in the ranks to airman first class, where he stayed until 1959.

Afterwards, Morgan Freeman settled in Los Angeles, California to pursue an acting career. He took acting lessons at the Pasadena Playhouse and studied theatre at Los Angeles City College. One of the teachers there was so impressed with his dancing ability she encouraged him to pursue it. 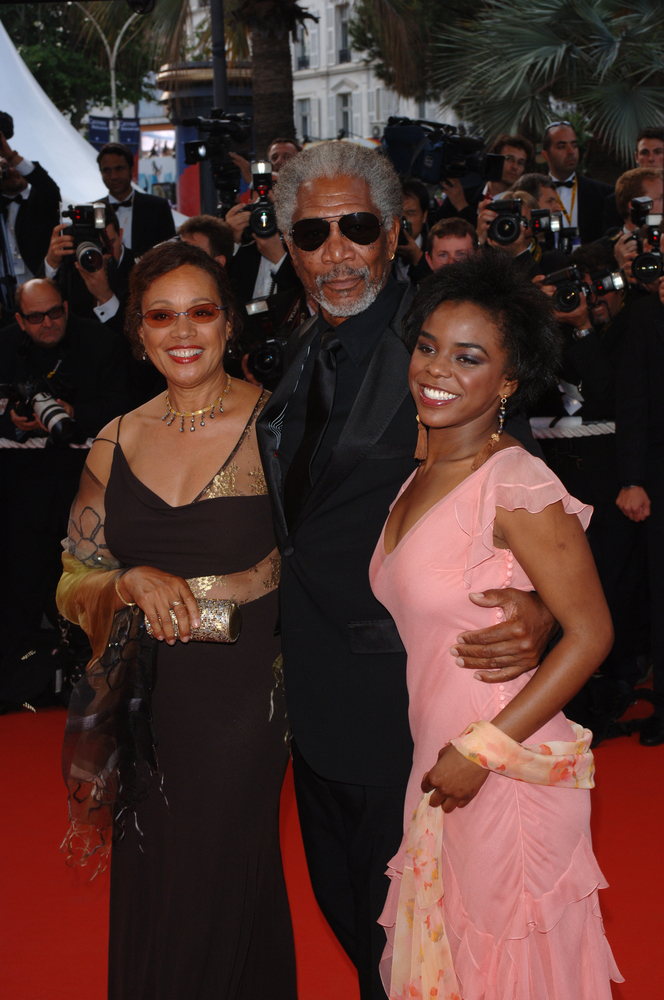 Morgan Freeman has a healthy presence on social media, which is certainly impressive for a man of his age and stature. In addition to help connect him with his fans, it also in turn contributes to Morgan Freeman net worth.

Morgan Freeman’s Facebook account is full of photos of the actor, messages to his friends and loved ones, career updates including his latest appearances on film and television, interviews, and so on and so forth. This method of connecting with his fans also helps Morgan Freeman net worth.

On this popular social media platform, Morgan Freeman has 277 and a half million followers as of the present time. Morgan Freeman is himself following 37 people in return.

Morgan Freeman uses his Twitter account to post his thoughts and observations, messages to his fans, friends, and loved ones, career updates including his latest appearances on film and television, interviews, and so on and so forth. This method of connecting with his fans also contributes to Morgan Freeman net worth.

Morgan Freeman uses his Instagram account to share photos of himself and with friends, and loved ones, career updates including his latest appearances on film and television, interviews, and so on and so forth. Connecting with his fans this way also helps Morgan Freeman net worth.

Morgan Freeman does not have an official professional LinkedIn account as of the present time.

Should this situation change at any point in the future and Morgan Freeman sign up for one, however, we will be sure to update this page with that information. Our goal is to inform our readers of all of the latest news regarding Morgan Freeman net worth, career, and life.

Morgan Freeman does not have an official public verified TikTok account as of the present time.

Should this situation change at any point in the future and Morgan Freeman sign up for one, however, we will be sure to update this page with that information. Our goal is to inform our readers of all of the latest news regarding Morgan Freeman net worth, career, and life.