Meek Mill Net Worth | How Much Does He Make?

Who is Meek Mill?

With the birth name “Robert Rhimeek Williams,” Meek Mill is a renowned professional rapper, songwriter, and activist based in America.

Born and raised in Philadelphia, Meek Mill started his music journey as a battle rapper in 2003. Since then, Meek Mill has been one of the most famous rappers in the music industry.

At eighteen, Meek made a rap band named “The Bloodhounds.” After it eventually disbanded, Meek pursued a solo career and became popular in 2011 after signing his first deal for a record label with T.I., a rapper based in Atlanta. Meek gained more fame after releasing many famous songs and albums, such as “Litty” and ”Monster”.

It was these hit songs in rapid succession, as well as Meek’s hard work and dedication to his craft, that helped push Meek Mill net worth to where it is roday.

Want to learn more about other hot rappers? Check out Rick Ross and Ice Cube here.

Meek Mill net worth estimates at about $20 million. Most of Meek’s net worth is made out of his music career and songwriting. He has participated in a couple of movies, however music is his passion. 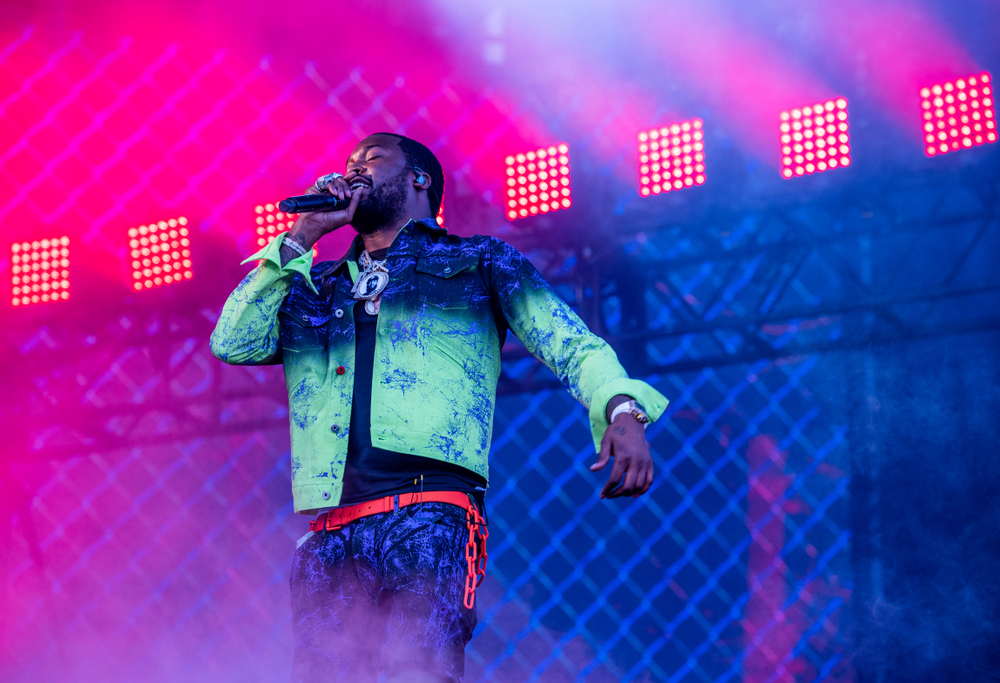 Meek Mill was born on July 6th, 1987, in South Philadelphia. Meek’s mother’s name is Kathy William, and his father’s name is Robert Rihmeek William. Meek has one younger sister, and her name is Nasheema William.

Meek’s life started with its fair share of troubles, which reflects in his music. When Meek was five years old, his father was murdered during a robbery; this incident in Meek’s life broke him emotionally. After his father’s death, the whole family faced financial issues because they had no source of income; his father was the only groomer person in the family.

To pursue a better life, Meek moved to North Philadelphia with his mother and younger sister. In North Philadelphia, they rented a three-bedroom flat on Berk’s street, and they could hardly bear the flat’s rent. His mother started doing many small jobs; she worked as a barber and helped in different shops.

When Meek was a child, he was withdrawn and shy, and very attentive to his family. He saw his mother working hard and passing through hardships to meet life’s expenses. Meek was very emotional towards his family, and he wanted to support them financially.

One day, he met one of his father’s close friends, a famous DJ in Philadelphia. Meek then met him several times, and he was influenced by his uncle’s DJ skills and musical talent.

Meek started taking an interest in making his career in hip-hop music, initially focusing on rap battle songs and worked day and night on his craft. He used to make phrases in his notebook. It was these initial days of consistent practice that made Meek Mill net worth $20 million.

Eventually, Meek took the next step and made a rap group with his three friends. The name of the group was “The Bloodhounds.” One of the first things they did as a group was buy cases and blank CDs, and Meek motivated his friends to burn their songs on the CDs and distribute them among their community.

Doing all these activities kept his dreams alive in his teenage years, and helped develop his talents and skills that he would later come to rely on and that people would enjoy. It also would help skyrocket Meek Mill net worth to $20 million, making Meek a successful rapper early in his career.

Meek Mill started his career in music in 2003 and released four mixtapes through his rap group “The Bloodhounds.” Additionally, he released the fourth solo mixtape titled “Flamers 2” in 2008. The mixtape included “I’m so fly”, “Hottest in the City”, and “Pirolli” as the popular promotional singles.

In addition to being popular, “Flamers 2” helped Meek Mill grab Charlie Mack’s attention, who had already represented various vocal bands and rappers from Philadelphia, including B2M and Will Smith.

Charlie Mack was president and founder of 215 Aphillyated record labels and was in a position to help Meek with his career. Charlie Mack was so obsessed with Meek Mill’s mixtape that he decided to sign Meek on.

During the same year (2008), Meek Mill got the opportunity to meet Clifford Joseph, professionally known by the stage name T.I., who owned Great Hustle Records. At the same time, he was a popular rapper and executive of hip hop record labels based in Atlanta and Georgia.

T.I. also liked Mill’s singing and gave him the offer to meet with T.I. and travel to Atlanta, with an additional opportunity to join Warner Bros record labels. Within a week, these two record companies gave Mill two deals, back to back. Besides, various companies also offered Mack opportunities, but he chose to join T.I.

According to Meek, it was a kind of a lifetime deal, so he preferred it over others. However, Meek faced an unfortunate setback later as he got accused of a gun and drug charge and was sentenced to jail.

Meek got released from jail in 2009 and went back to work in Grand Hustle Records as an artist. Meek built good work relationships with other rappers of the band, including D.J. Drama.

Meek and D.J. Drama collaborated for a year and released another mixtape on March 12th, 2010. The mixtape was titled “Flamers 3” and was the third edition of Meek Mill’s mixtapes series. The promotional single of “Flamers 3” was “Rosé Red.” Some of Meek’s fellow rappers, including Vado, Rick Ross, and T.I., added more verses to this song and made its remix version later.

Rick Ross once traveled to Philadelphia, and his followers on Twitter suggested that he collaborate with Meek Mill during this time, hence why his verses are added to the song.

Soon after joining Grand Hustle and working with them, Meek didn’t succeed in releasing his next album and left Grand Hustle in 2010 due to some legal issues between him and T.I. 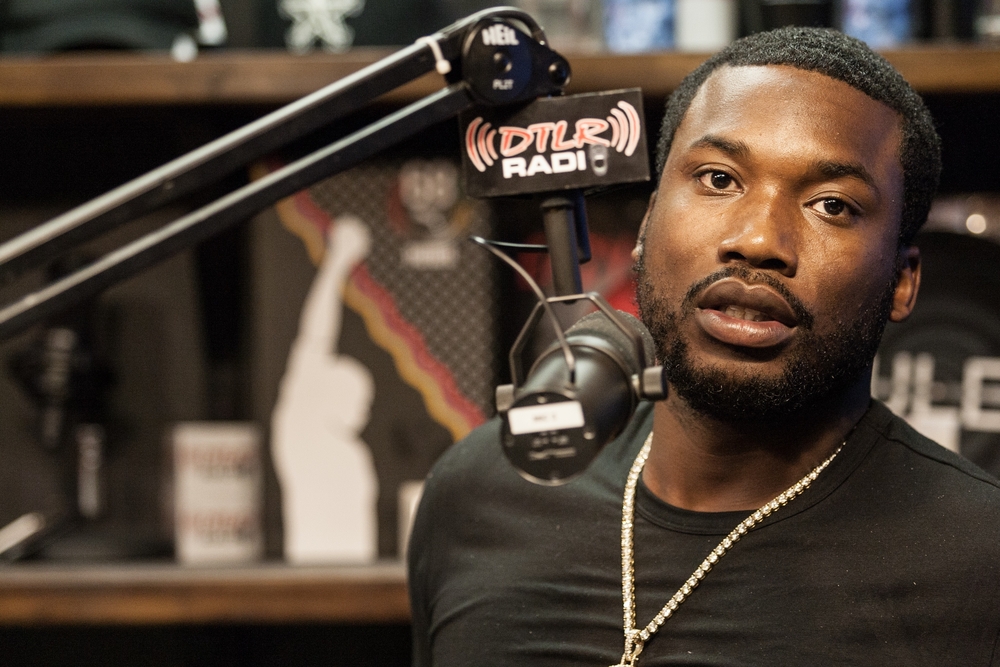 One year later, in 2011, Meek signed with MMG (Maybach Music Group), belonging to Wale. In March, XXL magazine included Meek in the “2011’s Freshman Class” list. It was this record label that really took Meek’s career off the ground, got him noticed, and helped make Meek Mill net worth around $20 million.

Meek released his debut singles titled “Tupac Back” and “Ima Boss” in the latter part of 2011. Both of these songs featured Rick Ross. The second debut was remixed later, which ranked on Billboard Hot 100 and reached number 51. This remix became Meek’s most popular single in 2011. Meek further released a mixtape, “Dreamchasers,” in August.

In 2012, Meek Mill ranked up at the number 7 level in February’s hottest debate on Music Television. On 7 May 2012, Meek released Dreamchasers’ second installment, available for purchase online. About 1.5 million people downloaded it within six hours after its release.

On 19 June 2012, Meek released “Amen” as a single, which was previously a part of Dreamchasers 2. On 30 October 2012, Meek released his first studio album titled “Dreams and Nightmares,” which ranked number 2 on Billboard 200. In the initial week, the market sold 165,000 copies of the album. However, the 2nd-week sales were about 41,000, ranking the album six positions below, sitting on number eight.

Meek released “Dreamchasers”’ third installment named “Dreamchasers 3” on September 29th, 2013. Meek then said that he was about to finish his next album in November, two months later. Meek announced the title of the album on March 8th, 2014, to the delight of the public.

Meek Mill announced his fourth album in November of 2018. The album titled “Championships” was released later that month and also hit Billboard 200. The first week after release, the song sold about 229,000 copies, including 42,000 pure sales.

Meek released a protest song titled “Outsiders of America” in June of 2020 when George Floyd was murdered. A few months later, in November, Meek came up with a “Quarantine Pack” featuring Vory, Lil Durk, and 42 Dugg.

Meek announced his fifth studio album titled “Expensive Pain” in 2020. According to him, the album was scheduled to release before the end of 2020. However, the release became delayed. “Expensive Pain” was released one year later, on October 1st, 2021, and ranked 3rd on the U.S. Billboard with a sale of about 95,000 copies.

It was these steady successes that helped propel Meek Mill net worth to $20 million.

In 2014, Meek was arrested by the police in the case of a probation violation. He spent 3 to 6 months in prison as a punishment by the court.

In early 2015, Meek started dating fellow singer and rapper, Nicki Minaj. In the 2015 World Tour, Meek accompanied his girlfriend to her opening ceremony.

In January 2017, there came news that Meek and Nicki had broken up after their two years relationship. In 2017, further details of this break-up came to light in her single, “Regret in Your Tears.”

In early 2020, while shopping in Maxfield, Mill had a verbal interaction with Nicki Minaj and her husband. This initial conversation quickly escalated into a verbal fight. Later, the issue was talked about further when both parties tweeted against each other in an abusive manner.

Meek Mill has been keeping a relatively low profile in the wake of his breakup with Nicki Minaj. However, that doesn’t mean that he’s stopped working on his music in the studio, or with his kids.

Meek has been known to share photos of himself and his son enjoying some father-son time where ever they happen to be. He writes frequently that wrote he’s happy to spend his life with his son and watch him grow.

It is clear that Meek is a devoted dad, and he is doing everything that he can to make sure his kids have a happy and successful life. Meek Mill is a dedicated father to his son, Papi, and daughter, Milan, and has even canceled shows so he could be home with them.

In a recent interview with Billboard, Mill opened up about how being a dad has changed him for the better. He said being a father has just made him more responsible, and he further said that he doesn’t want to spend his time out anymore; he doesn’t want to do any of that stuff anymore. He prefers to play with his son at home, cook dinner, or take his daughter to school.

Mill also revealed that he’s been working on a new album specifically for his kids. He said it’ll be titled “Legends Never Die.”

According to recent reports, Meek Mill’s kids are his number one priority. The rapper is currently on tour, but he’s made sure to FaceTime his kids every day. In addition, Mill has been working on new music and plans to release another album. Despite his busy schedule, Mill remains dedicated to his family.

Mill’s fans were thrilled when he announced that he was working on a new album. The rapper has had a turbulent year, but he seems poised to make a comeback. His fans are keenly waiting for the new album, and they’re hoping that Mill will address some of the personal problems he has been dealing with lately.

Meek’s dedicated fanbase is part of the reason why Meek Mill net worth is around $20 million, and why he’s been so successful in his career so far.

Here is a list of some of Meek’s most interesting facts: