Mattress Mack Net Worth – How Rich Is The Furniture Tycoon?

Who is Mattress Mack? 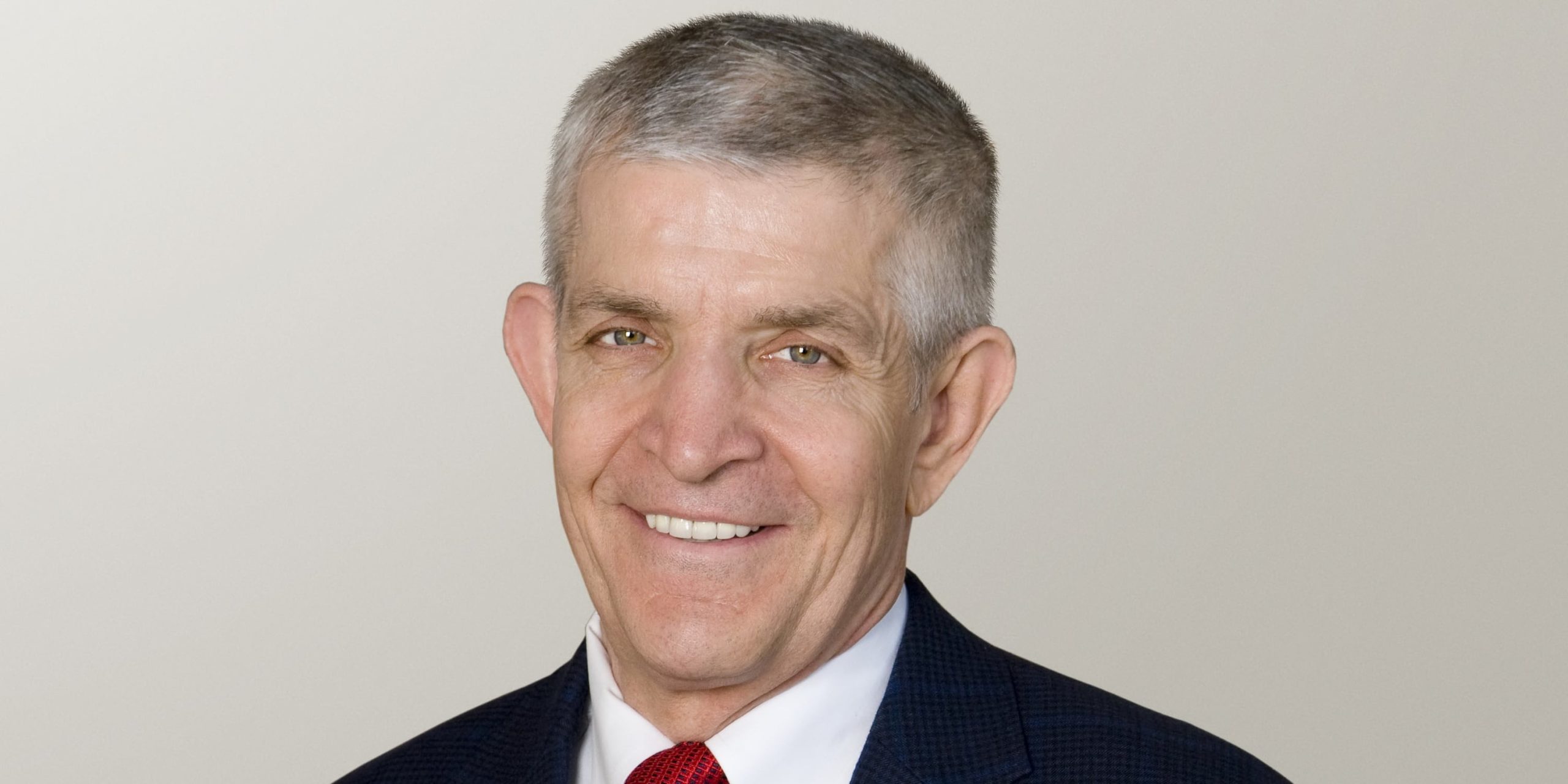 “Mattress Mack” is the nickname of American millionaire, Jim McIngvale, who is the head of a mattress empire based in Houston, Texas called Gallery Furniture.

Mattress Mack is known for his loud energetic style and for his distinctive catchphrase which shows up in practically all of his television commercials, namely: “Saves you money!” Mattress Mack is also infamous for placing huge bets on various sporting events, specifically the Houston Astros.

Mattress Mack’s bets often go hand in hand with various in store promotions where customers of mattresses they purchased recently can get money back should the Astros happen to win a given game he’s bet on. Politically, Mattress Mack was very involved in the far right wing Tea Party in the United States.

Mattress Mack is famous for his television commercials for his company Gallery Furniture in which he talks quickly and with great energy in order to convince you to buy mattresses from him, his general catchphrase that closes all of his TV spots being, “saves you money!”

Mattress Mack’s recognizable and memorable style started off thanks to something that happened early in the history of his company.

The business at the time was doing extremely poorly and, under dire straits, Mattress Mack chose to invest all the money he had left in the world, which at the time amounted to ten thousand dollars, into a TV ad that would air on just two stations in Houston, Texas.

During the filming of the commercial, however, Mattress Mack found himself unhappy with the dialogue and the direction it was going in, so instead simply ad libbed. He talked incredibly quickly just because he had such a brief amount of paid time available to him.

And the ad stood out and was a big success. Mattress Mack net worth sky rocketed shortly after it began airing, because people were taking notice.

In exchange for the money they put up, Chuck Norris agreed to appear in a number of Gallery Furniture commercials, which increased their cred and subsequent sales.

By the end of the decade, Mattress Mack was traveling to England to speak at the British Deming Association’s yearly conference. His speech was about how W. Edwards Deming had influenced him throughout his career, leading to his various choices and approaches.

Mattress Mack wrote a book in 2002, teaming up with Thomas Duening, naming it Always Thing Big. The book charts the highs and lows of Mattress Mack’s career as a business entrepreneur. Mattress Mack currently lives with his wife in Harris County, Texas, United States of America in the Northgate Forest area.

This put Mattress Mack at the center of a controversy in May 2009, when it came out that he was refusing to pay a huge amount of taxes to the management district of the Northside area. His stated reason was that he didn’t think that they were doing enough to contribute to the area’s maintenance.

Greater Northside sued Mattress Mack in an attempt to get the money they felt they were owed by him, and he told them that he’d see them in court over it.

When Hurricane Harvey caused immense flooding in the city, Mattress Mack opened up his store locations to be used as shelters for people whose homes were either flooded or inaccessible. In 2019, Tropical Storm Imelda hit Houston, and he once more allowed Gallery Furniture to be used as a shelter.

In so doing, he also formed a partnership with Crisis Clean Up, which helped provide meals for free to the people in need due to the storm’s devastation.

When the Texas power grid went down in 2021 amidst heavy blizzards, Mattress Mack again let people stay the night in his store. He did the same again later that year during Hurricane Ida, allowing people from Louisiana who lost their homes in the hurricane to enjoy free meals and amenities there.

Mattress Mack at the same time also helped organize a donation drive, and then hired a truck to deliver the donated supplies to the people in Louisiana who were in desperate need of them.

In 2022, Mattress Mack placed a bet of four and a half million dollars for the 56th annual Super Bowl on Cincinnati Bengals team, which broke the record for the biggest wager down via mobile in the history of betting on sports.

This is all part of Mattress Mack’s business strategy. He doesn’t place wagers in order to win big on any particular game but as hedges that he uses for huge sales at his stores.

During huge sporting events, such as this one, as well as the World Series and March Madness, he places a huge bet, and gives customers refunds if that team wins. This leads to huge sales for him. Some customers will splash out on a lot of mattresses in these periods in the hopes of these refunds.

Mattress Mack’s economics generally work out quite well for him. For example, at one March Madness, he bet 9.86 million dollars and ultimately won thirteen and a half million.

During that promotion, his company sold nearly thirteen million dollars worth of mattresses, so even after all the refunds, the profit still came to half a million dollars in revenue.

And even when the bet doesn’t end up paying off as he’d hoped, the promotions still end up selling a huge amount of furniture, meaning that he really wins either way. If his team loses, he simply doesn’t have to give out any refunds, which more than makes up for having lost the initial bet.

For example, on a regular Monday, Gallery Furniture might sell two hundred thousand dollars wroth of furniture. During a promotion, it could be one and a half million in that single day.
An

Basically, Mattress Mack’s strategy blends business sense with a clever, fun marketing gimmick. And by turning everything into a gamble that way, the customers feel like they’re taking part in a game as well, which makes them want to buy a mattress in order to “play”, so to speak.

People spend three thousand dollars on the chance to win back the money from what they bought, in order to make it free.

Mattress Mack’s current strategy had to gradually develop over time, however. At the beginning it didn’t initially immediately work out as he’d hoped.

Mattress Mack ran his first similar promotion two decades earlier when he offered customers refunds in case of a Houston Texans win playing the Governor’s Cup but failed to hedge it.

Then, in 2014, Mattress Mack ran a promotion for customers to get a full refund for the Super Bowl should Denver Broncos win against Seattle Seahawk’s, but again he didn’t hedge. He and his business had to take the full liability as he’d had place no insurance or bets of any kind on it.

Meanwhile, the showroom had been entirely cleaned out since that promotion was so popular, meaning he was too nervous to even watch the game. When Seattle emerged victorious, he lost nine million dollars giving everyone their refunds!

Mattress Mack hedged his bet for the first time in 2017, when the Houston Astros played in the World Series. Mattress Mack went to various sports books, hoping to have as great an amount down as he could for the Houston Astros, but the odds weren’t good. They ended up winning but managed to make a small profit. And the rest was history.

Mattress Mack is married to a woman named Linda McIngvale, and the two raised four children together. Today, they have six grandchildren named Sydney, Brody, Olivia, Caleb, Eden, and James.

Mattress Mack’s official public verified Facebook account is mainly a place for Mattress Mack to promote his business and post about new and upcoming promotions, in order to help Mattress Mack net worth continue to grow.

Mattress Mack’s official public verified Twitter account is mainly a place for Mattress Mack to promote his business and post about new and upcoming promotions, in order to help boost Mattress Mack net worth.

Mattress Mack’s official public Instagram account is mainly a place for Mattress Mack to promote his business and post about new and upcoming promotions, in order to help boost Mattress Mack net worth.

Mattress Mack has an official LinkedIn account, full of information about his life and career, business connections, business tips, and more, all of which helps Mattress Mack net worth continue to build.

Our goal is to keep our readers informed of all of the latest news about Mattress Mack net worth, career, and life.