Mary J Blige Net Worth – How Rich Is The Superstar?

Who is Mary J Blige?

Mary J Blige has also amassed a number of high profile acting nominations over the years, including 3 Golden Globes, and 2 Academy Awards, one of which was for her critically acclaimed role as supporting actress in Mudbound in 2017 and the other of which was for “Mighty River”, a song written for the film.

This made her the first person to ever be nominated for an acting award and a songwriting award in the same Academy Awards ceremony.

Mary J Blige’s fourteen studio albums include What’s the 411? and My Life, and every single one reached the Billboard 200 chart’s top 10, four of which were in the top spot. Her most famous singles are “Family Affair”, “Be Without You”, “Not Gon’ Cry”, and “Real Love”. 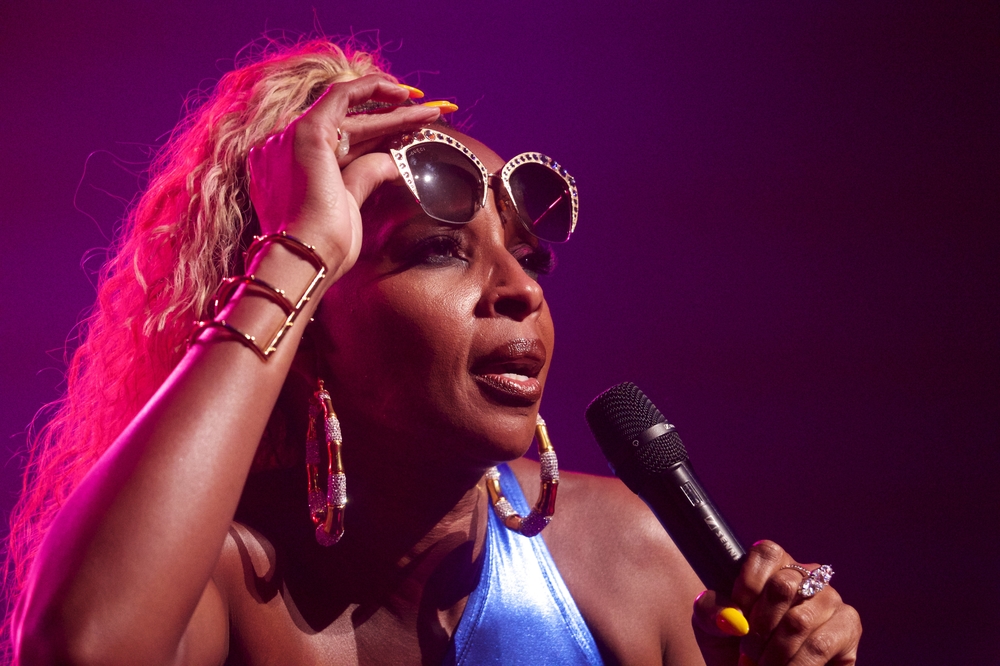 At the star of her career, Mary J Blige was part of a band in Yonker called Pride. In 1988, at a mall in White Plains, New York, she recorded a cover of Anita Baker’s classic song “Caught Up in the Rapture” in a recording booth. Her mom’s boyfriend played it for a singer and talent scout for Uptown Records, Jeff Redd.

Redd was so impressed he forwarded it to the label’s CEO, Andre Harrell, who was so impressed, he met with Mary J Blige and signed her on in 1989 in the role of backup vocalist for a number of artists. Not long afterwards, Mary J Blige began working with Sean “Diddy” Combs who produced most of What’s the 411?, her first album.

What’s the 411? established Mary J Blige as a narrative-driven songwriter who told complete stories in her songs while drawing on numerous musical influences. It got great reviews and reached the sixth spot on Billboard’s 200 charts and #1 on Top R&B Hip Hop Albums. The RIAA certified it Platinum 3x.

In 1993, Mary J Blige got 2 Soul Train Music Awards for the album: Best R&B Album – Female, and Best New R&B Artist. The Village Voice’s Pazz & Jop voted it 30th best album of the year. As of 2010, it has sold over 3.3 million copies in the United States and is now considered one of the most crucial albums of the 1990s.

Mary J Blige then dropped a remix album of What’s the 411? This was followed by My Life in 1994. This album was highly introspective, delving into Mary J Blige’s depression, alcohol and drug addictions, as well as her relationship with K-Ci Hailey, who was abusing her at the time.

The album again got stellar reviews, reached 7th on the Billboard 200 and, again, #1 on R&B Hip Hop Albums. It stayed on the 200 for forty six weeks and on the R&B chart for eighty four.

In the meantime, Mary J Blige recorded a few successful covers and singles. She sang a song written and produced by Babyface called “Not Gon’ Cry” for the film soundtrack of Waiting to Exhale, which went platinum and reached #2 on the Hot 100 and #1 on Hot R&B Hip Hop Songs.

In 1996, Mary J Blige got her 1st two Grammy noms, winning Best Rap Performance for her collab with Method Man, “I’ll Be There For You/You’re All I Need to Get By”. She also appeared on Jay-Z’s “Can’t Knock the Hustle” and Ghostface Killah’s “All That I Got Is You”.

Mary J Blige also co-wrote 4 tracks and sang on songs for Case’s debut self titled album. The biggest hit off that album was “Touch Me, Tease Me”.

In April 1997, Mary J Blige’s 3rd album came out. It was called Share My World, and was written in the wake of Mary J Blige leaving her abusive relationship and trying to get clean of alcohol and drugs. The album has a more upbeat vibe, including songs like “Share My World” and “Love Is All We Need”.

That same year, Mary J Blige got her third Grammy nom, this one for “Not Gon’ Cry”. In 1998, Mary J Blige won the American Music Award for Favorite Soul R&B Album for Share My World. She then kicked off a tour, releasing a live album which had the single “Misty Blue”.

Mary J Blige’s 4th album, Mary, came out in 1999. Rather than her typical hip hop sound from up to that point, it was whimsical, earthy, and had a 1970s-early 1980s soul sort of sound. The album got stellar reviews and gained more award noms than any of her albums up to that point. The RIAA certified it double platinum.

Interestingly, the album didn’t sell quite as well as her earlier ones but all of the singles did very well: “Give Me You”, “Your Child”, “Deep Inside”, and “All That I Can Say”.

Around this time, Mary J Blige recorded a duet of Stevie Wonder’s “As” with George Michael, which became a hit in the United Kingdom. In early 2001, Mary J Blige was a special guest in the famous Super Bowl halftime show.

Mary J Blige’s iconic 5th album, No More Drama, came out in mid-2001. Its first single “Family Affair” is her song to ever become a #1 single on Billboard’s Hot 100. It stayed in that slot for 6 weeks. The other singles from the album, “Dance For Me” and “No More Drama” also did extremely well.

Oddly, however, the album overall didn’t sell as much as the studio had hoped. They rereleased it with a new cover and removed 3 songs, replacing them with two new ones.

Mary J Blige won a Grammy for “He Think I Don’t Know” off of the album. In April of that year, Mary J Blige dueted with Shakira on Pat Benetar’s “Love is a Battlefied”, and with Whitney Houston on “Rainy Dayz” and “No More Drama” on VH1 Divas.

Love & Life got platinum certification but was the lowest selling album Mary J Blige had released then. It also got both bad reviews as well as poor fan response. Despite that, it got a Grammy nom for Best Contemporary R&B Album.

Mary J Blige’s 7th album, The Breakthrough, came out in late 2005. It did significantly better, debuting in the top spot on both the 200 and Top R&B Hip Hop Albums. It ha the biggest sales for the first week of an album ever for a female solo R&B artist in the history of SoundScan.

It also boasted the 5th largest sales a female artist had ever had in an album’s first week, as well as being the 5th largest first week for any album in 2005. Its single “Be Without You” did phenomenally, staying as #1 R&B chart for a record breaking 15 consecutive weeks, and staying on the chart overall for more than 16 months.

The other hit singles were “Take Me As I Am” and “Enough Cryin’”. Thanks to the Breakthrough, Mary J Blige got a Soul Train Award, 2 NAACP Image Awards, 2 BET Awards, 2 American Music Awards, 9 Billboard Music Awards, and 3 Grammys (of 8 nominations, the most given to any artist that year).

Mary J Blige’s 8th album, Growing Pains, came out in late 2007 and also sold extremely well, starting off in 2nd place and eventually becoming her 4th #1 album. It won the Grammy for Best Contemporary R&B Album. It was her 27th Grammy nom in less than 10 years.

Mary J Blige’s next album was a holiday release called A Mary Christmas, featuring a duet with Barbra Streisand, among others.

Later that year, Mary J Blige lived in London for a month recording a new album ultimately called The London Sessions. In 2017, she dropped her 13th album, Strenght of a Woman, which also did extremely well on the charts.

Notable acting roles she has performed include Justice Charlier in Rock of Ages, Dr Betty Shabazz (Malcolm X’s widow) in Betty and Coretta, Evillene in The Wiz Live!, Florence Jackson in Mudbound (for which she got an Oscar nom), and Cha Cha in Netflix’s hit superhero dramedy The Umbrella Academy.

Mary J Blige was born as Mary Jane Blige on the eleventh of January in the year 1971 in the Bronx borough of New York City, New York, United States of America, at Fordham Hospital. Her mom, Cora, was a nurse, and her dad, Thomas Blige, was a jazz musician. Mary J Blige has three siblings: LaTonya Blige-DaCosta, Bruce Miller, and Jonquell.

Much of Mary J Blige’s early years were spent in Atlanta, George, United States of America, where she first performed as a child singing at church. Later on, her family returned to New York, living in Yonkers at the Schlobohm Housing Projects.

Her dad, a Vietnam War vet suffering from alcoholism and PTSD, abandoned them, and her mom supported the family on her nursing salary beginning in the mid-70s. When she was only 5 years old, a family friend molested her, and she received a great deal of sexual harassment as a teen, which led to years of alcoholism and drug use.

Mary J Blige has a healthy social media presence which manages to connect her to her fans and of course also helps contribute to Mary J Blige net worth.

Mary J Blige uses her Facebook account to share her latest career updates, music, videos, concert, live appearance and tour information, articles, interviews, and photos, along with messages to her fans. All of this naturally also helps contribute to Mary J Blige net worth.

On this popular social media platform, Mary J Blige has over 6 million followers, as of the present time. She is currently following 321 accounts in return.

Mary J Blige uses her Twitter account to tweet her thoughts and observations as well as to post about her latest career updates, music, videos, concert, live appearance and tour information, articles, interviews, and photos, along with messages to her fans. All of this also contributes to Mary J Blige net worth.

Mary J Blige uses her Instagram account to post photos of herself along with career updates, music, videos, concerts, live appearances and tour information, articles, interviews, and so on and so forth. Connecting with her fans by this method also helps Mary J Blige net worth continue to thrive.

Mary J Blige does not have an official professional LinkedIn account as of the present time. This is perhaps not surprising as celebrities at Mary J Blige’s level of fame often don’t see the need for the sort of business networking that this platform provides.

With that said, should the situation ever change and Mary J Blige to sign up for LinkedIn, we will be sure to update the page with that information. After all, our goal is to keep our readers informed of all of the latest news regarding Mary J Blige net worth, career, and life.

On this popular social media platform, Mary J Blige has nearly 749,000 followers and 3.3 million likes, as of the present time. She is currently following 2 accounts in return.

Mary J Blige uses her TikTok account to post fun videos of herself, often sharing messages to her fans. This naturally informs fans of her latest career updates which helps add to Mary J Blige net worth when her various albums and other projects come out.