Lori Harvey Net Worth – How Rich Is The Model Now?

Who is Lori Harvey?

Lori Harvey is a model, online influencer, and entrepreneur. Lori Harvey is the adopted daughter of famous comedian Steve Harvey, who is perhaps best known for being one of the hosts of the long running syndicated game show Family Feud. Lori’s mother is Marjorie Bridges Harvey. 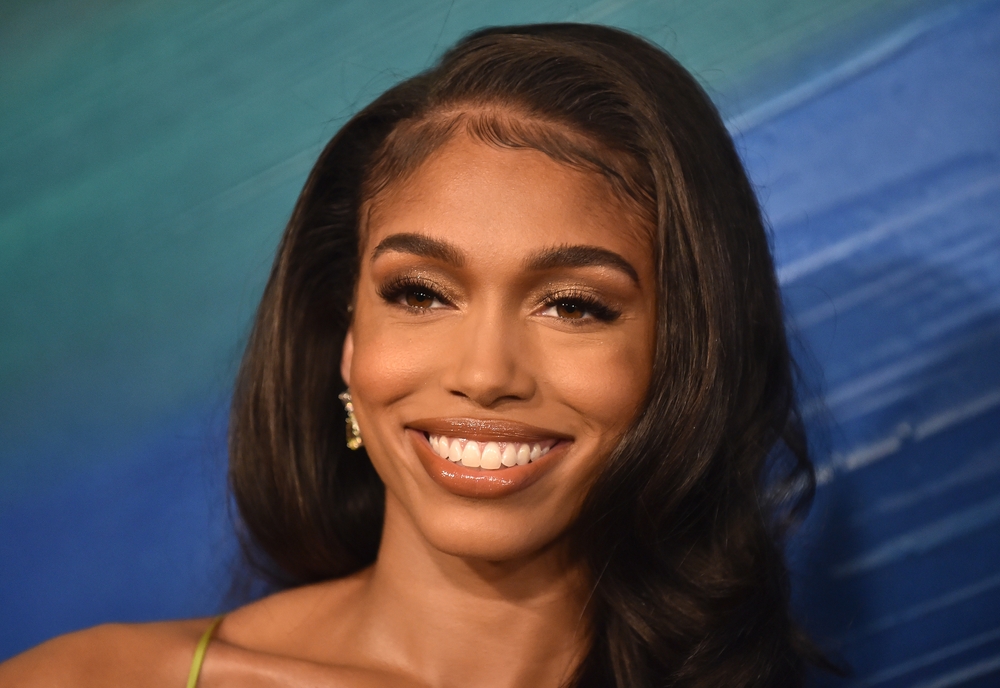 In the year 2019, Lori Harvey appeared in a music video, namely the one for pop singer Normani’s song “Motivation”. Lori Harvey has also been the cover model for Wonderland.

In the year 2021, Lori Harvey launched her own brand of skin care products called SKN by LH. Later that year, Lori Harvey also launched a fashion collaboration on a clothing line put out by the fashion company Naked Wardrobe.

Lori Harvey’s mom is Marjorie Bridges Harvey. Lori Harvey’s biological dad is not a matter that is currently available within the public record. However, famous comedian Steve Harvey (of hosting long running TV game show Family Feud fame) married her mom in 2007, and he later became her adopted dad legally.

Before going into modeling, Lori Harvey started off focusing on being a competitive equestrian. In fact, one of her goals as the time was to compete as an equestrian at the Olympics.

After high school, Lori Harvey was at first going to a college in the state of Florida with a sports scholarship for her equestrian pursuits, but after sustaining an injury, she could not longer continue to perform as an equestrian and ended up dropping out of the college as a result. 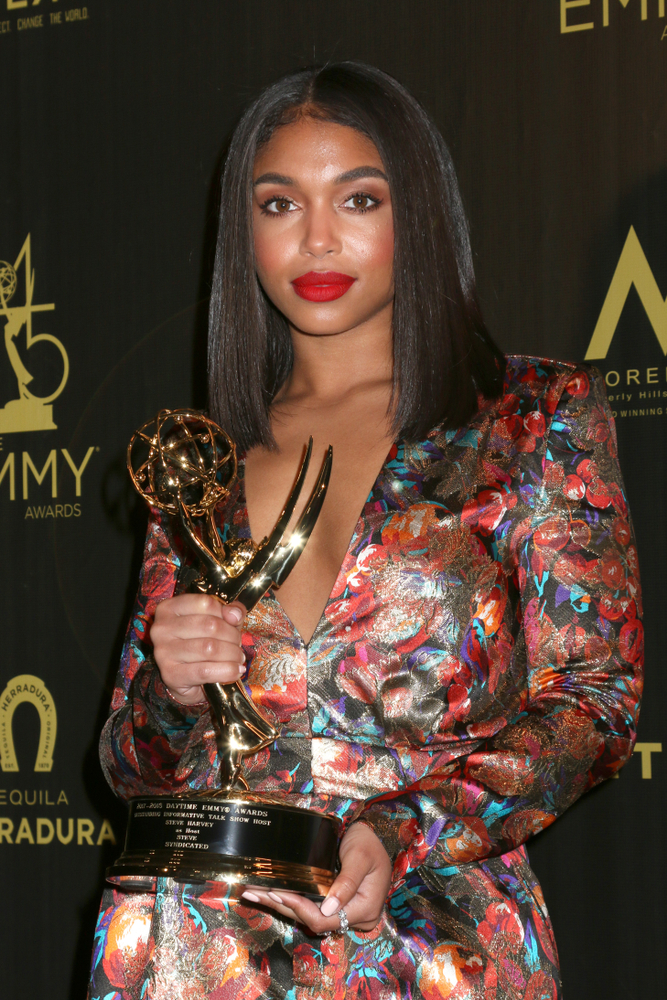 According to Essence Magazine, Lori Harvey is close personal friends with such people as Ryan Destiny, Winnie Harlow, Normani (whose music video she appeared in), and Jordyn Woods.

At the start of the year 2016, Lori Harvey began a romantic relationship with football player Memphis Depay. Lori Harvey and Memphis Depay became engaged by midway through the next year. The two of them, however, broke up not long afterwards, confirmed by the fact that Lori Harvey no longer had her ring on.

Later on, Lori Harvey began dating Future, a famous rap artist. They official confirmed that they were a couple at the start of 2020 and were broken up by that August. Later on, Future dissed Lori Harvey during his verse on 42 Dugg’s rap song “Maybach” in which he said “Tell Steve Harvey, I don’t want her.”

Lori Harvey began dating Michael B. Jordan, the actor famous for playing the eponymous role in Creed as well as the villain Killmonger in Black Panther in November 2020. By December of the next year, Michael B. Jordan exclaimed how deeply in love with her he was in a Hollywood Reporter profile interview.

In late 2019, Lori Harvey was placed under arrest by the Beverly Hills Police Department, due to having fled from a collision.

By early 2020, the Los Angeles Country District Attorney’s office confirmed that Lori Harvey had been charged with multiple midemeanors, including hit and run that resulted in damage to property, as well as resisting and obstructing an officer of the law.

By the end of the year, Lori Harvey’s attorneys had gotten her to accept a plea deal. Lori Harvey got a sentence of probation for two years.

Lori Harvey’s stepdad, Steve Harvey, was born as Broderick Stephen Harvey on the seventeenth of January in the year 1957. Steve Harvey is a stand up comedian, writer, TV show host, actor, and producer.

At the start of Steve Harvey’s career, he was a stand up comedian. Throughout the early 80s, Steve Harvey toured the comedy circuit doing stand up.

Afterwards, Steve Harvey appeared in a tour called The Original Kings of Comedy. Steve Harvey stopped doing stand up in 2012.

Steve Harvey has written 4 books, the most successful having been Act Like a Lady, Think Like a Man, which came out in early 2009.

Steve Harvey was also an investor when HDNet took over Anthem Sports and Entertainment. Steve Harvey and Marjorie Bridges Harvey, his wife, Lori’s mom, founded The Steve and Marjorie Harvey Foundation. It is a not for profit organization that focuses on providing education to underprivileged youth.

Steve Harvey has had three marriages over the years, which have resulted in 7 kids (4 of them being his biological children, and 3 of whom, including Lori Harvey, are his stephchildren).

Steve Harvey’s first wife was Marcia Harvey, and with her he had twin daughters named Brandi Harvey and Karli Harvey, in addition to a son named Broderick Harvey, Jr.

Steve Harvey adopted all three of her children, who include Lori Harvey, Jason Harvey, and Morgan Harvey. Steve Harvey and Marjorie Harvey also have 5 grandkids: Jason had 3 kids, Morgan had 1, and 1 via Karli, who married Ben.

Lori Harvey has a strong social media presence across most of the major social media platforms online, which helps her connect with her fans, sell her products, and increases Lori Harvey net worth.

Lori Harvey does not have an official public verified Facebook account. There is a Facebook account under name with the handle @iamloriharvey but it is not clear whether this is actually run by her or not. Given how little material is up on it at the moment, however, it seems likely to be a fan account.

Should the situation change and Lori Harvey either sign up for an official public verified Facebook account at any point in the future, or should this account be verified as her, or should she begin using it more regularly, we will be sure to update this page with that information.

After all, our goal as always is to keep our readers informed of all of the latest news about Lori Harvey net worth, career, and life.

Lori Harvey most uses her Twitter account to tweet her thoughts and observations, to share articles and interviews, in order to plug her latest career updates, her modeling career and various merchandise, and so on and so forth, which in turn helps with Lori Harvey net worth in turn.

Lori Harvey uses her Instagram account mainly to post photos of herself modeling in various fashions, as well as plugging her own company, skin care line, etc., which helps Lori Harvey connect with her fans, sell her merchandise, and directly contribute to Lori Harvey net worth continuing to flourish.

Lori Harvey does not have an official public verified LinkedIn business account as of the present time. This is perhaps surprising as one could see how the businesses she runs might benefit from the business networking provided by this service, but it’s possible that she doesn’t find it necessary, given the high level she’s at.

Should the situation change and Lori Harvey sign up for an official public verified LinkedIn account at any point in the future, we will be sure to update this page with that information. After all, our goal as always is to keep our readers informed of all of the latest news about Lori Harvey net worth, career, and life.

Lori Harvey uses her Tik Tok account to post videos of herself, often demonstrating her various skin care products that she sells through her company, thus encouraging fans to buy those products, which in turn helps build Lori Harvey net worth.

Lori Harvey’s height is not a matter that is currently available within the public record. It is, however, estimated to be at about 5 feet, 3 inches, or 160 in cm, or 1.6 in meters.

Lori Harvey’s weight is not a matter that is available within the public record. It is, however, currently estimated to be at about 121 pounds, or 55 kilos.