Kodak Black Net Worth – How Rich Is The Rapper Now?

Kodak Black net worth is currently estimated as being at about $600,000. While the bulk of Kodak Black net worth has come from his career in the rap music industry, he has also been beset that many legal woes and prison time over the years that possibly contributed to putting a large dent in his earnings.

Who is Kodak Black? 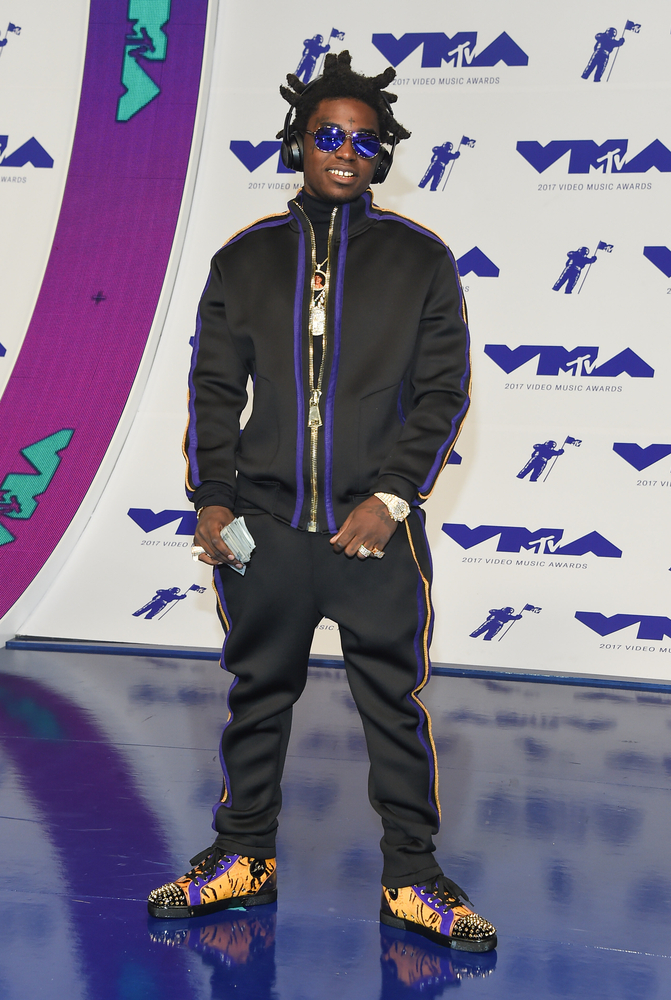 Kodak Black is the professional stage name of Bill Kahan Kapri, who was born under the name Dieuson Octave. Kodak Black is a rap artist who first rose to fame in 2014 thanks to his song “No Flockin”.

Kodak Black’s first album, Painting Pictures, dropped in 2017 and reached third place on the Billboard 200. Meanwhile, the single “Tunnel Vision” off that album landed in the top 10 of the Hot 100. Kodak Black’s next album, Dying to Live, reached the top spot on the 200. Its single “Zeze” hit second on the Hot 100.

As much as Kodak Black has had many artistic career highs, he has also had many legal woes and controversies. Kodak Black was placed under arrest for weapons possession and 2019 and got a 4 year federal prison sentence.

His third album, Bill Israel, came out in 2020 when he was still in prison. Donald Trump commuted his sentence in 2021. His fourth album, Back for Everything, came out in 2022, featuring the hit song “Super Gremlin”. 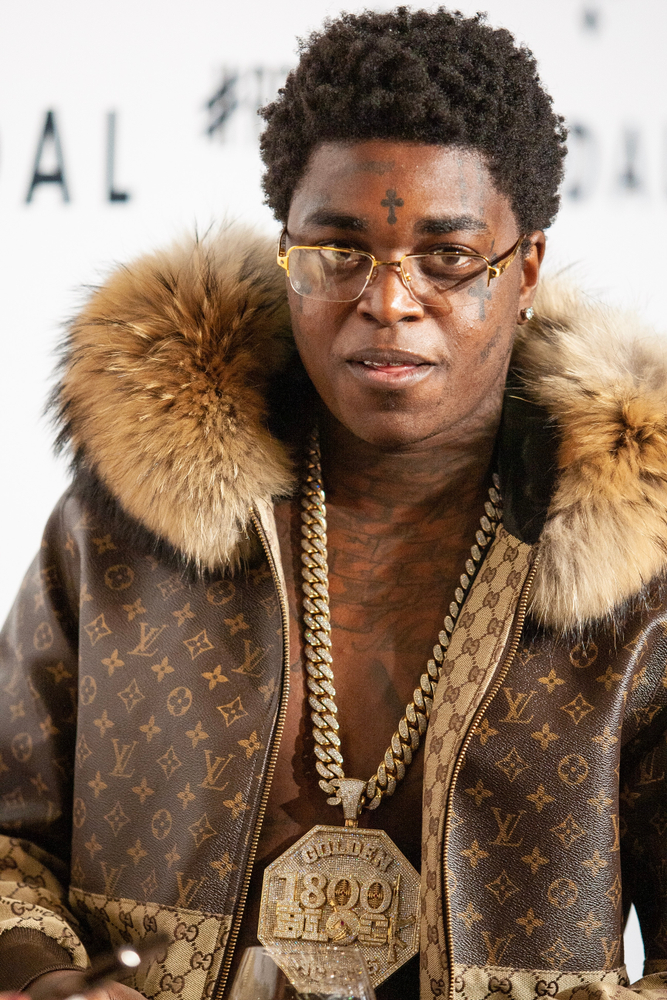 When Kodak Black was twelve years old in 2009, he and his friends formed a rap group. Its name was Brutal Youngnz, and he used the name J-Black. Afterwards, he was in another group that was called The Kolyons. 4 years later in 2013, Kodak Black dropped Project Baby, his first mistape.

The next year, he dropped another one called Heart of the Projects, and the year after that one called Institution.

Kodak Black’s popularity began to increase in 2015 when the rap star Drake posted a video online of himself dancing to “Skrt”, one of Kodak’s songs. Atlantic Records shortly after signed him up to a deal.

In 2016, Kodak Black appeared on French Montana’s mixtape MC4, on the song “Lockjaw”, which eventually got to the 23rd spot on Billboard Magazine’s Hot R&B Hip Hop Songs. Then, “Skrt” got to the 10th spot on their Bubbling Under chart. Later that year, he dropped Lil B.I.G. Pac, his 4th mixtape. It got to the 49th spot on Top R&B Hip Hop Albums, making it the first mixtape he made to appear on a Billboard chart.

In 2016, while under incarceration, Kodak Black dropped a song called “Can I”.

In 2017, Kodak Black dropped “Tunnel Vision”, which started in the 27th spot on the Hot 100 and eventually got to 6th place. Not long after, he dropped his first studio album, which was called Painting Pictures. It got to the 3rd spot on the Billboard 200. He also caused some controversy by dissing Lil Yachty and Lil Uzi Vert.

Five months later he dropped another mixtape, Project Baby 2, the sequel to Project Baby. In November, he re-released Project Baby 2 in a deluxe format called Project Baby 2: All Grow Up, including some new songs. One of them, “Codeine Dreaming” got to the 52nd slot on Billboard’s Hot 100.

At the start of 2018, Kodak Black was placed under arrest again. The next month, he put out a mixtape called Heart Break Kodak, which dropped on Valentines Day. By the end of the year, his second album was out.

It was called Dying to Live and featured “Zeze” (with Offset and Travis Scott), “Calling My Spirit”, “Take One”, and “If I’m Lyin, I’m Flyin”. The rap artist Lil Pup appeared on “Gnarly”, and the rap singer Juice WRLD appeared on “MoshPit”, which was an homage to XXXTentacion, a recently deceased rap singer.

“Zeze” got to the 2nd place on Billboard’s Hot 100, and “Calling My Spirit” got to 46th place. The album itself spent fifteen weeks on the 200 chart and, for one of those weeks, was in the #1 spot.

In 2020, Kodak Black’s third album, which was called Bill Israel, came out while he was in prison. At the start of 2021, he dropped the song “Last Day In”, dealing with how Trump had pardoned him from finishing his prison sentence. In February, he dropped “Every Balmain” about his life after being released.

That month, he also showed up in “Hit Bout It” by Lil Yachty, as well as in its music video.

In May of that year, Kodak Black dropped another mixtape, Haitian Boy Kodak. In June, he put out Happy Birthday Kodak, which came out on his 24th birthday. In November, he dropped a music video for “Super Gremlin”, which appeared on the Halloween mixtape Sniper Gang Presents Syko Bob & Snapkatt: Nightmare Babies.

The song got to the fifth spot on Billboard’s Hot 100 and Kodak Black included it on his 4th album, Back for Everything, when it came out in early 2022.

Kodak Black often raps about crime, and he’s said that two of his major influences have been the rap artists Chief Keef and Boosie Badazz. He is often referred to as a mumble rapper.

Kodak Black was born in Pompano Beach, Florida, United States of America, on the eleventh day of June in the year 1997. His name at birth was Dieuson Octave. His mom was a Haitian immigrant called Marcelene Octave. Later on, changed his name legally to Bill Kahan Kapri.

When Kodak Black was still in elementary school, he started rapping and even began recording his music. Throughout much of his childhood, he deliberately expanded his vocabulary for his raps by reading dictionaries and thesauruses.

At the same time, Kodak Black also began getting trouble at a young age, often getting involved in fights as well as thefts with friends. In the fifth grade, Kodak Black was expelled for brawling, and in middle school, he was arrested for stealing a car.

As young as six years old, Kodak Black was using “Black” as a nickname, or sometimes “Lil’ Black”. Upon joining Instagram, he added the Kodak part to his screenname as a reference to cameras and photos, which he then later used as his stage name when he began rapping as a career.

Kodak Black said in a 2014 interview that he was doing work towards gaining his high school diploma in Pompano Beach at Blanche Ely High School. Ultimately, Kodak Black achieved his GED when he was incarcerated in federal prison.

Also in prison, Kodak Black started identifying under the religion of Hebrew Israelite thanks to studying scripture with a priest. That’s when he decided to change his name, because according to him Kahan was another spelling of “cohen”, a Biblical term for the Jewish priests who were the descendants of Moses’ brother, Aaron.

In 2021, Kodak Black announced on Twitter that he would be covering the college tuition costs for the kids of the deceased FBI agents Laura Schwartzenberger and Daniel Alfin. In early 2022, Kodak Black was wounded by gunfire outside a Super Bowl party hosted by Justin Bieber at an Italian restaurant in Los Angeles, California.

Kodak Black has donated ten thousand dollars to the Jack and Jill Center. In 2018, Kodak Black made an annoucement that he’d be paying for a school to be built it Haiti for children.

In December of that year, he donated money for Christmas presents for one hundred and fifty kids in the Broward County, Florida area. He also gave the Paradise Childcare Center five thousand dollars for their Christmas party.

That same year, he donated twenty five hundred dollars to the family of a South Carolina cop who died on duty during a shootout. The next year, he gave twelve and a half thousand dollars to a girl called Paige Cook to provide notebooks and pencils for all of the students in her poor district of Texas.

After the STEM shooting in Colorado, Kodak Black offered to pay for the funeral of Kendrick Ray Castillo, who died after trying to battle the attacker. The family didn’t respond. He also donated an annual ten thousand dollar scholarship to the school for students interested in going into STEM.

Kodak Black has also been beset by some controversies. In 2017, he posted an Instagram Live fieo of a woman performing oral sex on him and his friends in a hotel room. Later that year, he posted on Instagram about preferring women with lighter skin.

In 2019, Kodak Black kicked off another controversy by offering to wait for Lauren London to have sex with him. Lauren London’s partner, the rap artist Nipsey Hussle, had literally just been murdered a handful of days before. He got immediate backlash and numerous radio stations boycotted his music.

He issued a long in depth apology to Lauren London from prison the next year.

Kodak Black’s official public verified Facebook account is filled with messages directly from Kodak Black to his fans as well as plugs for all of his latest music, live concert appearances, merch, and more. All of this naturally contributes to Kodak Black net worth.

On this popular social media platform, Kodak Black has 4.2 million followers as of the present time. Kodak Black is himself following 651 people in return currently.

Kodak Black’s official public verified Twitter account is filled with messages directly from Kodak Black to his fans including his thoughts and observations as well as plugs for all of his latest music, live concert appearances, merch, and more. All of this naturally helps contribute to Kodak Black net worth.

Kodak Black’s official public verified Instagram account is filled with photos of Kodak Black, along with video messages to his fans along with plugs for all of his latest music, live concert appearances, merch, and more. All of this naturally helps contribute to Kodak Black net worth.

Kodak Black does not have an official public verified LinkedIn business account as of the present time.

Should the situation ever change and Kodak Black choose to sign up for one, we’ll be sure to update this page with that information. Our goal is to keep our readers informed of all the latest news about Kodak Black net worth, life, and career.