Kid Cudi Net Worth – How Much Does He Make

Attention to all Kid Cudi fans! Are you wondering what Kid Cudi’s net worth is? If you are, you’ve come to the right place because this article will give you information on all there is to know about Kid Cudi.

If we had to choose one word to describe the rapper “inspirational” would definitely be the go-to. From facing grief and loss, battling depression, and beating drug addiction, Kid defied the odds and became one of the most famous musicians of the era.

Kid Cudi’s net worth didn’t come easy, but the star showed the world that nothing can stand in the way of your success. So, without further adieu, let’s get to know the world-famous rap sensation in further detail.

Who is Kid Cudi? 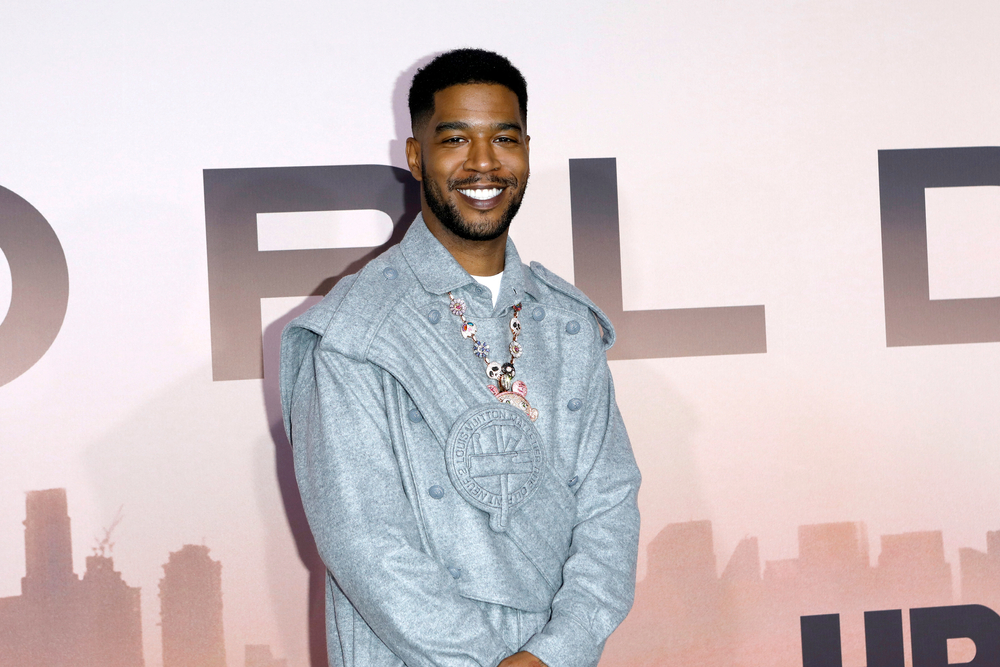 Kid Cudi is an actor, singer, rapper, songwriter, and record producer from the United States of America. He earned his fame through his “new wave” genre of rap and is popularly known for using innovative lyrics that have a relatable touch in his music. Kid Cudi isn’t only one of the most popular names in the rap industry, but also one of the most inspirational rappers of the modern century.

In fact, his lyrics have had such a dynamic impact on the lives of others that even Kanye West has admitted to being inspired by the rap guru. Furthermore, Kid Cudi is a well-known producer as well as a world-famous actor which shows that he was born with an enviable amount of talent that doesn’t stop for anything. The multi-award-winning rapper is currently 38 years old and he is going stronger than ever while piling up on adoring fans every step of the way.

Kid Cudi was born as Scott Ramon Seguro Mescudi on the 30th of January 1984, making him 38 years old. He was born in Cleveland, Ohio where he attended Shaker Heights High School. His parents are Elsie Harriet who was a school teacher and Lindberg Styles Mescudi who was a former war veteran and a house painter. Kid Cudi’s net worth didn’t come without trials and hardships.

In fact, the world-famous rapper had quite a tough life growing up. For starters, when Kid was only 11 years old he lost his father to a terminal illness, leaving his mother to raise and financially support the family by herself. This couldn’t have been easy to endure as Kid grew up in a middle-class household with three other siblings.

The death of his father caused even more complications for the rapper than mere financial struggles. Grief and loss can take a toll on the strongest of people, especially if you are 11 years old and your brain has not fully developed on an emotional level.

For Kid, the death of his father had a severe impact on his mental health and left him battling with depression for years to come. He later admitted that music was his escape during this difficult time which explains why the rapper took such a keen interest in pursuing music as a career and further explains the depth of the lyrics that he used in his songs.

As one could expect, Kid Cudi’s school life was not a breeze either, especially considering the fact that he was battling mental illness at the time. He initially attended Shaker Heights High School before transferring to Solon High School.

At first, he was a normal student with normal academic performance and normal aspirations in life, but as he progressed through high school things seemed to take a turn for the worst. The rapper started acting aggressively and got into fights more frequently. He went as far as to threaten the school principal which resulted in his expulsion from the school.

Kid refused to let being expelled stand in his way of success. He also seems to have started displaying his interest in a career in the entertainment industry at this point since he enrolled at the University of Toledo as a Film Student.

It turned out that the Film industry wasn’t exactly what Kid was looking for in life and he ended up dropping out of his program after attending for only a year.

Kid was juggling a few career options at this point. However, as he later mentioned in interviews, he was not interested in pursuing a career in the music industry at this point. He was determined to make a success in the Film industry or, as a secondary option, he considered joining the Navy.

Unfortunately, he had a tainted police record at this time which disqualified him from joining the navy and after dropping out of his Film studies, the rapper was back to square one. He started performing odd jobs here and there to make ends meet and rapped for pleasure in his free time.

After completing his GED, Kid finally decided to pursue a career in music which is when his journey to success finally started. The one thing that many of Kid Cudi’s fans and possibly his family members were unaware of is the fact that, due to his difficult circumstances and poor mental health, he developed a drug addiction at a young age.

This addiction caused him to build a criminal record for possession of illegal narcotics and followed him for a large percentage of his life. It was only later on in his career that the star opened up about his addiction and announced to his fans that he would be going to rehab to clean up his act.

This is just another way in which Kid showed the world that he has the unmatched ability to lead by example and turn a negative situation into a positive one.

As we all know, the music industry is one of the most difficult industries to tap into. However, despite the turbulent life that Kid Cudi had endured, he tapped into the industry quite quickly. In fact, when he released “Day and Night” in 2008 which was also his first single, he made such a dynamic impact that he caught the attention of Kanye West.

Kanye took great interest in his single as well as his mixtape which was called “ A Kid Named Cudi.” At the time, Kanye West, who had already made a name for himself, was also in search of some inspiration for his next album which he found as soon as he stumbled across the mindblowing lyrics and beats that Kid’s music had to offer.

If the fact that Kid’s first single caught the interest of a world-famous rapper isn’t a great enough measurement of success, then the fact that the rapper’s first single made it onto the Billboard charts under the top 5 releases of the year should, without a doubt, prove what he is capable of.

Regardless of whether the world realized the rapper’s potential at the time, Kanye certainly did, which motivated him to invite Kid to work on his next album called 808s & Heartbreak. He focused on the album’s singles and was the co-writer and vocalist for some of Kanye’s most famous tracks including ‘Welcome to Heartbreak’ and ‘Heartless. This also ended up being one of Kanye West’s most successful albums which gave Kid Cudi his one-way ticket to fame.

Before long, other big names within the entertainment industry started to realize that Kid Cudi was the artist to form partnerships with. That was the start of a huge growth for Kud Cudi net worth.

He was approached by JayZ who also wanted to collaborate on an album. This is when the two artists worked together on “The Blueprint 3” album which sent Cudi even higher up the entertainment industry’s food chain.

More and more labels started noticing the rapper’s escalated journey to success. World-famous companies such as “The Rolling Stone” soon shifted their focus to Cudi.  They started conducting interviews and releasing information on the star which gave him global exposure within the industry.

Although Kanye West and Jay Z were the first famous artists to recognize Kid Cudi’s talent, it didn’t take long for other big names within the industry to figure out what they were missing out on. Solange and Snoop Dogg were the next stars who decided to collaborate with Kid and he was invited to perform alongside some of the most famous names in the industry.

He was also a vocalist in “Sky Must Fall” which became a hit after it was featured as the primary soundtrack for the Transformers: Revenge of the Fallen movie that was released in 2009.

After achieving such great success in such a short period of time, Kid decided to release his next album. The album was called Man on the Moon: The End of Day and it received some of the most excellent feedback that a rapper could wish for.

In fact, over a million copies were sold within a week after the album was released which is more than a majority of rappers within the industry can say for their own work. If selling over a million copies in such a short time isn’t enough to prove how successful the star really is then the fact that it is one of 5 albums that went double platinum during that year should be enough to push any doubts out of your mind.

In 2010, Kid Cudi released Man on the Moon II: The Legend of Mr. Rager which was his second album at the time. He started working in unison with more famous names such as 50 Cent and Travis Baker. Unfortunately, Kid’s relationship with Kanye had slowly started falling apart by this time.

This was primarily due to the fact that his fans claimed that he was living under Kanye West’s shadow which caused conflict between the two artists and motivated Kid to go out on his own and make his own name known.

Kid Cudi’s third album which he called Indicud was released in the middle of 2012 and it was also the last album he released with Kanye West as his mentor. He made a public announcement in 2013 that he would no longer be working under Kanye’s wing, but he still referred to his mentor as his big brother. It was after this that Kid decided to establish his own record label which he called “ Wicked Awesome Records.”

After his previously mentioned track made a debut as the official soundtrack for Transformers, Kid continued to work on other movie soundtracks. In fact, he released another track that was later used as the official soundtrack for one of the Need for Speed movies. In February of 2014, he released Satellite Flight: The Journey to Mother Moon which was an extended play that he self-marketed on a variety of music-based platforms.

It’s not surprising that the extended play album also made it onto the Billboard 200’ chart where it placed in the top 5.

Kid Cudi’s net worth did not come easy and it is, without a doubt, an accomplishment that he deserves. The rapper most certainly did not have an easy life, but unlike most people in similar situations, Kid was not ready to admit to being defeated by his circumstances. In fact, after initially failing at his high school career and his film studies he kept pushing forward until he finally made his way into the music industry.

His rise to fame was one of the fastest that is known to the industry. He became both an inspiration and music sensation after the release of his first single and was almost instantly approached by some of the biggest music stars from around the globe. Furthermore, he made it onto the Billboard charts multiple times. Kid Cudi didn’t only inspire world-famous Kanye West, but it has also inspired millions of fans from all around the world to never let their circumstances define their success.