Kevin Federline Net Worth – How Rich Is The Singer Now?

Who is Kevin Federline? 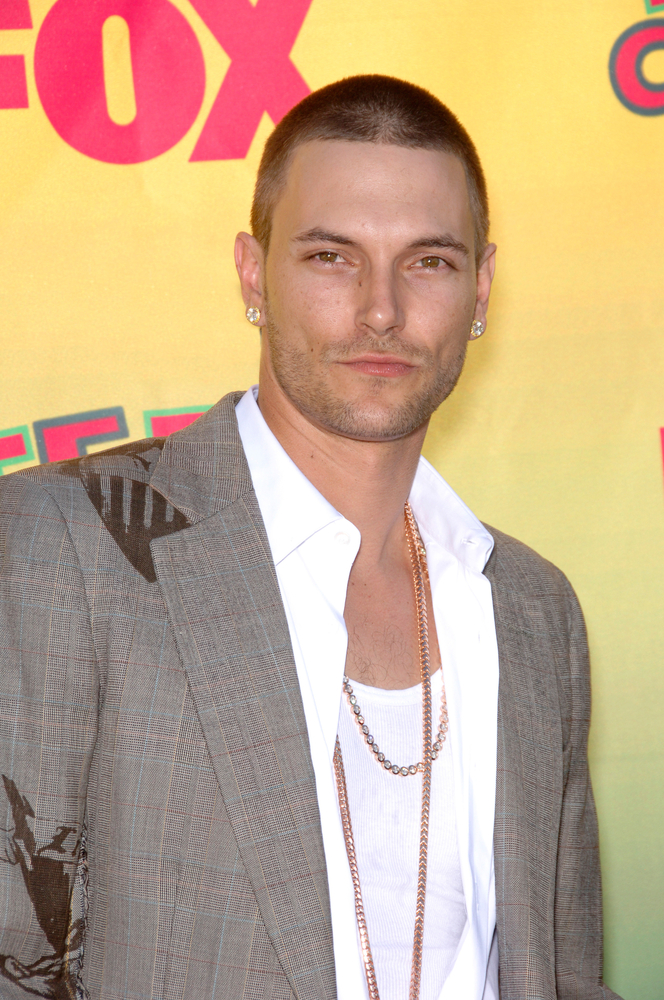 Kevin Federline, whose full name is Kevin Earl Federline and whose nickname is K-Fed, is a former backup dancer and singer most well known for having been married to beloved pop icon Britney Spears for two years, which ended with a messy and public child custody battle.

Kevin Federline managed to use the media focus on him to release an album in 2006 called Playing with Fire, which was lambasted by critics and only did moderate sales. He continued to appear on a variety of television shows and music videos in the first decade of the 21st century but hasn’t really been in the public eye since then. 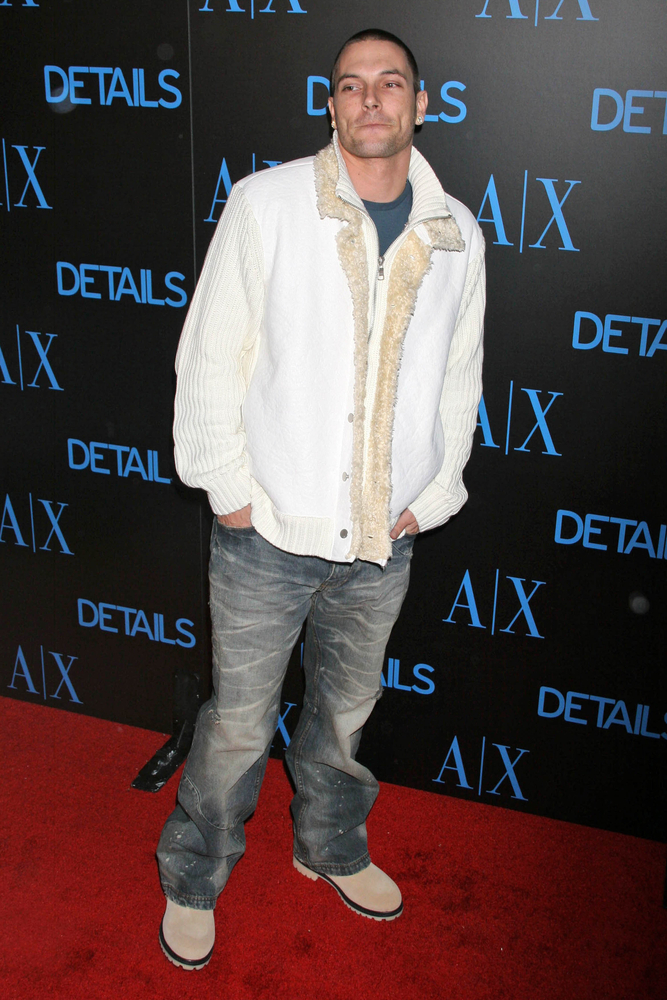 Kevin Federline began his career being a backup dancer for such big time musical celebrities such as Michael Jackson, Destiny’s Child, LFO, Pink, and Justin Timberlake.

Not long after marrying Britney Spears, Kevin Federline put out a single called “Y’all Ain’t Read” only available for download, and then “PopoZão”, released physically. The latter only sold one copy.

Both songs were torn apart by critics and so didn’t show up on Playing with Fire, his album, when it came out in October of 2006. Its first single was called “Lose Control”.

Britney Spears executive produced Playing with Fire and sang with him on “Crazy”. They additionally wrote two songs together that didn’t make it onto the finished product. Various producers who contributed were Versatile, JR Rotem, and DJ Bosko Stix Baby.

The album got terrible reviews. Critics hated everything from Kevin Federline’s singing to the lyrics to the production values. In fact, the review aggregator site for music, Metacritic, currently has it as their lowest reviewed album of all time. The album debuted in the one hundred and fifty first slot on Billboard Magazine’s 200 chart.

Britney Spears first filed for divorce only one week after the album came out.

In October of 2006, Kevin Federline tried to go on tour with the album but ended up with an audience of only three hundred people out of the fifteen hundred seats available at New York City’s Webster Hall. By the end of that show, only approximately one hundred remained.

A few days later, most of his tickets in Chicago’s House of Blues were handed out for free. The rest of the tour ended up being promptly cancelled.

Out of a rating system of one hundred, Kevin Federline’s Playing with Fire has a score of fifteen, making it the lowest rated album on the entirety of the popular Metacritic site. In fact, its score adds up to not even half of their 3rd lowest rated, Results May Vary by Limp Bizkit.

The most positive things said about the album in any review was that Kevin Federline enunciated well. Entertainment Weekly, for example, gave it a grade of F, and chastized it for squandering the money that Britney Spears had given him to make it.

At one point, Kevin Federline was signed up as a model for San Fransisco, California, United States of America’s Blue Marlin fashion company’s line called Five Star Vintage. These adverts ran from August of 2006 until the Christmas season. The line became the best selling in Lord & Taylor, Kitson, and Macy’s that autumn.

Kevin Federline promoted Playing with Fire on various WWE shows, and even participated to help plug it. He showed up on the sixteenth of October and the twenty third of October 2006 episodes of WWE Raw. In the first appearance, he got in a fight with John Cena, famous WWE champ.

Kevin Federline then appeared on the Cyber Sunday pay per view WWE event on the fifth of November that year. This time, Kevin Federline hit John Cena with the World Heavyweight Championship belt that had been won by King Booker.

Additionally, he aided King Booker in winning Big Show, Booker, and Cena’s Champion of Champions match. By the end of the next evening, Kevin Federline had challenged John Cena to fight him on WWE Ray’s New Years episode for 2007. John Cena agreed to the challenge.

John Cena won the match thanks to Umaga and Johnny Nitro running interference. Later on, after the main event had finished, John Cena chased down Kevin Federline, dragged him to the ring and twice over gave him his famous finishing move.

The WWE was apparently so happy with his appearances that at the time they considered bringing him back for regular appearances.

In February 2007, Kevin Federline appeared in a Super Bowl commercial for Nationwide Mutual, which was a part of their “Life Comes At You Fast” series. The commercial started with Kevin Federline rapping about his glamorous life. Then, suddenly he was working as a fast food employee.

Kevin Federline made several guest appearances on The CW’s hit teen drama One Tree Hill. Kevin Federline was on the 7th season of Celebrity Fit Club, a reality TV show centered on weight loss. Kevin Federline acted in American Pie Presents The Book of Love, one of several tie in direct to video sequels in the hit franchise.

When Kevin Federline was 8 years old, Mike and Julie divorced, at which point he and his brother moved with his mom to Carson City, Nevada, United States of America. By the age of eleven, however, Kevin and Chris moved back to Fresno to live with their dad.

Kevin Federline attended high school for less than a year before dropping out, still in only 9th grade in order to dance with Dance Empowerment, a not for profit arts organization. Later on, Kevin Federline got his General Educational Development (GED) degree, the equivalent of a high school diploma. 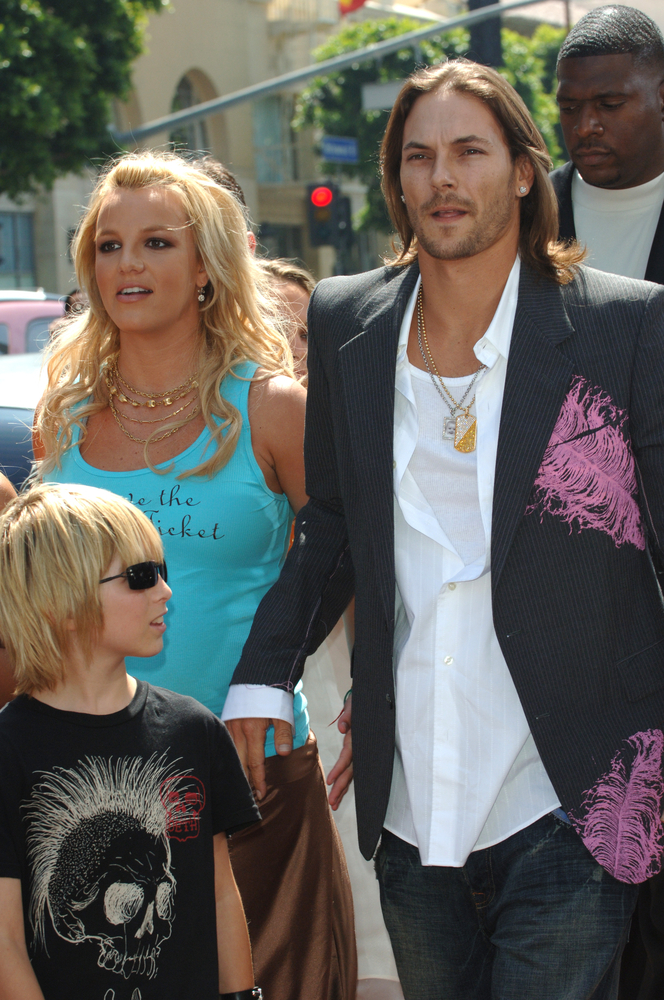 Not long after they broke up, Kevin Federline famously began dating pop sensation Britney Spears, and according to Shar, that relationship actually began while she and Kevin were still together. She referred to it as having broken up her family but she managed to remain amicable with Kevin, and has referred to him as a good father.

After only being together 3 months, Kevin Federline and Britney Spears got engaged and were married by September of that year in a civil ceremony in the city of Studio City, California, United States of America.

Their pairing set off a bit of a media frenzy due to the fact that Shar Jackson had still been pregnant when their coupling began. Many accusations of Kevin Federline being “a gold digger” flew around.

The various controversies, largely revolving around how rich and famous Britney was versus him, led to him being the butt of many jokes in the media and on late night TV. He was, for a time, one of the most disliked famous people in the world.

Kevin Federline and Britney Spears had two children together: Sean in 2005, and Jayden in 2006. In 2005, the two of them had a reality TV show about their home lives called Britney & Kevin: Chaotic, which was mostly made up of home videos the two had made.

In early 2007, the two reached an agreement and the divorce went through by July of that year. By October, a court ruled that Kevin Federline would have sole physical custody of the kids. In January 2008, cops went over to Britney Spears’ house after she allegedly refused to give Kevin Federline custody.

Britney Spears was afterwards taken to hospital at Cedars Sinai Medical Center, due to appearing to have been high on a substance that wasn’t known, which resulted in Kevin Federline being granted full custody. Eventually, Britney Spears was granted visitation rights.

Additionally, Kevin Federline was granted by the court twenty thousand dollars a month in child support from Britney Spears.

In 2008, Kevin Federline began a relationship with Victoria Prince, who used to be a volleyball player. Kevin Federline and Victoria Prince met while bowling on the same team, which was called Party Animals. They had a kid, a girl called Jordan Kay, in 2011, and got married in 2013. By 2014, they had had another daughter together.

Kevin Federline currently has practically no social media influence. The only major platform on which he has an account is Twitter, and he hasn’t updated it since 2018. Therefore, it’s unlikely that social media has much of an effect if any on Kevin Federline net worth.

Kevin Federline currently has just over five thousand followers on this popular social media platform. Kevin Federline himself is following two hundred and eighteen people in return as of the present time.

Kevin Federline used his Twitter account to post his thoughts and observations as well as career updates in order to connect with his fans. Given he hasn’t used the account in years however, it’s unclear whether it has had a positive effect on Kevin Federline net worth.