Kathy Hilton Net Worth – How Rich Is She?

Kathy Hilton net worth is currently estimated as being at somewhere about approximately $350 million dollars USD.

The bulk of Kathy Hilton net worth has come from marrying into the extremely wealthy Hilton dynasty, along with her own various entrepreneurial endeavors and reality show TV appearances.

Who is Kathy Hilton? 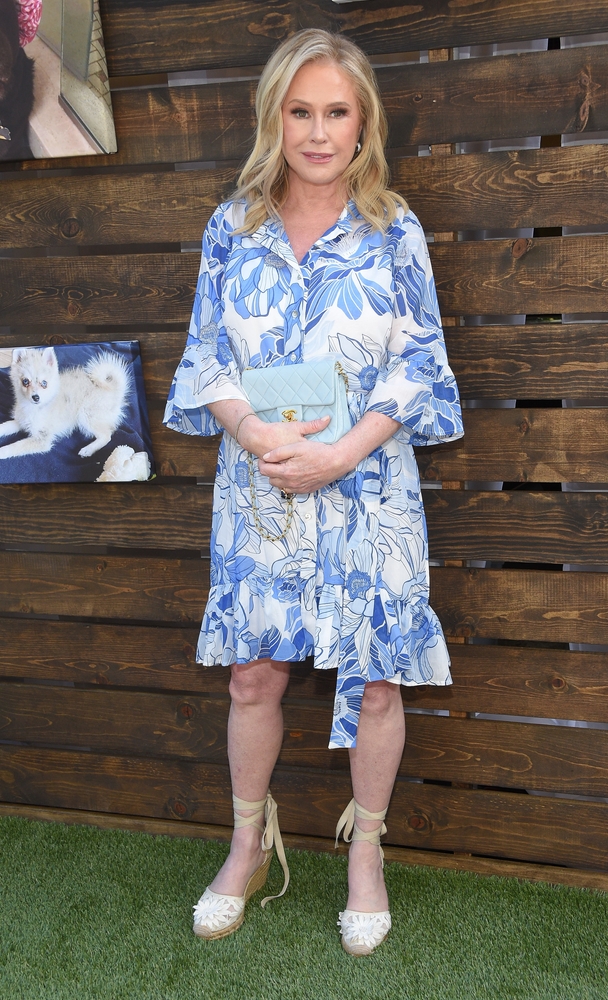 Kathy Hiilton is also the half sister of Kyle Richards and Kim Richards, who are most widely known for starring on the massive hit reality TV series The Real Housewives of Beverley Hills. 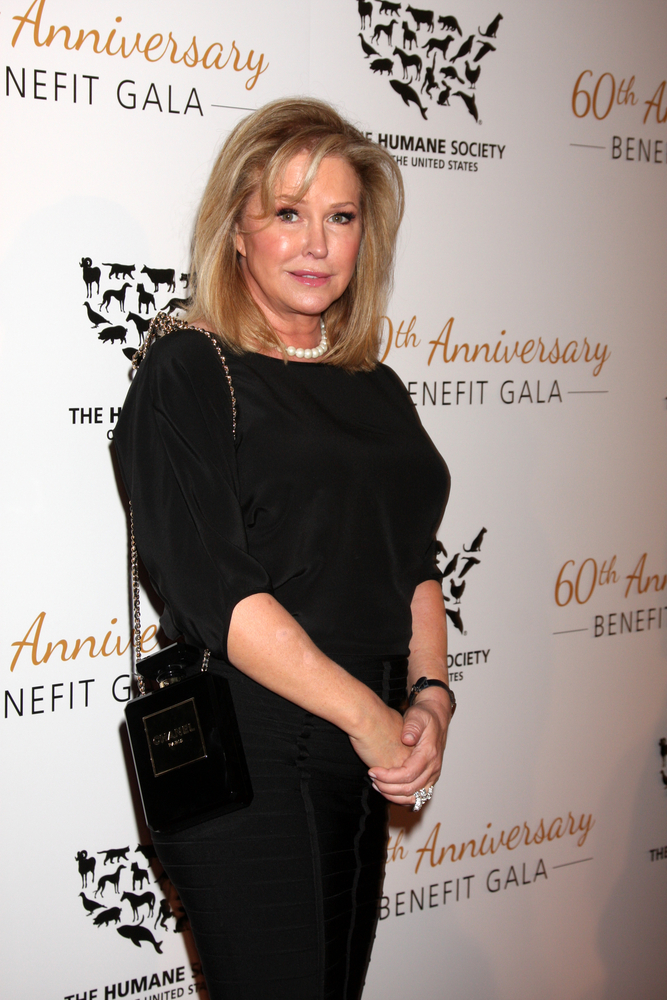 Kathy Hilton was a child actress, who acting career began in 1968 and ran for eleven years, through to the year 1979, when she decided to retire from Hollywood.

During this time, Kathy Hilton appeared on numerous popular shows, including sitcoms such as The Nanny and the Professor, Happy Days, Family Affair, and Bewitched along with detective procedurals such as The Rockford Files. Kathy Hilton also acted in films such as On the Air Live with Captain Midnight and The Dark.

Years later, Kathy Hilton would return to acting, albeit playing a version of herself in a cameo role on the long running hit CBS television network soap opera The Young and the Restless on the thirteenth of May in the year 2008. Interestingly, the show began in 1973, when Kathy Hilton was still actively acting on the big and small screens.

Throughout the early ‘00s, Kathy Hilton would also make numerous reality television show appearances, both as a presenter and in guest roles. For example, Kathy Hilton was the host of the NBC television network reality program I Want to Be a Hilton in 2005. This was a one season long competition series.

The idea of the show was that a competitors were divided into teams: “Madison” and “Park”, living in a ritzy hotel in New York City and performing challenges that socialites have to do such as organizing charity galas and fashion shows, while also learning charm school skills.

They would then be graded by Kathy Hilton on how well they did, with one person being eliminated each week by the catchphrase, “You’re not on the list”. The winner got a prize including a trust fund worth two hundred thousand dollars, a new apartment and wardrobe, and the chance to schmooze with the Hiltons.

The show ran only 8 episodes long and was not renewed by NBC for a second season. In 2011, Kathy Hilton also made an appearance on The World According to Paris, an also only one season long reality show that followed her socialite daughter Paris Hilton around, documenting things such as Paris’s community service as the result of her cocaine possession conviction.

Although Kathy Hilton’s half sisters, Kyle and Kim Richards are the stars of the smash hit reality TV series on Bravo, The Real Housewives of Beverly Hills, Kathy Hilton has said that she can’t bear to watch the show because she finds it painful to watch the lives of her family members fall apart on the air.

Years later, however, Kathy Hilton herself made a number of appearances in the 11th season of The Real Housewives of Beverly Hills, in the role of friend of the housewives, as many others have done throughout the years. Kathy Hilton’s appearances were highly acclaimed by the show’s fans, and she quickly became a favourite.

Numerous posts from fans and bloggers called her appearances legendary and said that the only mistake in bringing her onto the show was not doing it years before, because she fit into the world of the series so well and naturally it was like she had always been there.

Throughout the years, Kathy Hilton has also pursued a number of entrepreneurial endeavors. In the decades of the 80s through to the early 90s, Kathy Hilton ran her own antiques and gift shop called The Staircase on the iconic Sunset Plaza, located in Los Angeles, California, United States of America.

The very next year, Kathy Hilton also released a perfume line named “My Secret”. Kathy Hilton has also been the designer of the Kathy Hilton Collection, a line of party dresses that, since 2012, have been available in 400 stores globally, such as Nordstrom, Saks Fifth Avenue, and Neiman Marcus.

At the tail end of the year 2020, Kathy Hilton modeled the new Valentino resort collection for 2021 in a Vogue Magazine series of photos, along with her daughters Paris Hilton and Nicky Hilton.

In 2007, Kathy Hilton famously did prominent charity work for the famous Make A Wish Foundation, which helps children who are either dying of serious illnesses, or are extremely sick by helping fulfill their biggest wishes.

Her role involved asking celebrities and her other socialite social network to auction off various items of theirs so that the proceeds could be donated to Make a Wish.

In 2011, the Starlight Children’s Foundation granted Kathy Hilton an award for her charity work for them at their A Stellar Night Gala, held in Century City, Los Angeles, California, United States of America.

When Kathy Hilton was still growing up, her parents got divorced, and her mom remarried to a man named Kenneth E. Richards. Kathy Hilton took his last name as well, making her name Kathleen Elizabeth Avanzino Richards.

This marriage brought Kathy Hilton at first three older step siblings from Kenneth E Richards’ previous marriage, albeit already grown ones, and then eventually two half sisters, Kyle and Kim Richards, both of whom are actresses and now reality television stars.

Kathy Hilton also has an additional 5 half siblings via her dad and his second marriage. Kathy Hilton attended Montclair College Preparatory School in Los Angeles, California, United States of America.

Kathy Hilton graduated from there as well. Kathy Hilton’s best friend there was Michael Jackson, and they stayed close until 2009, when he passed away due to a drug overdose. 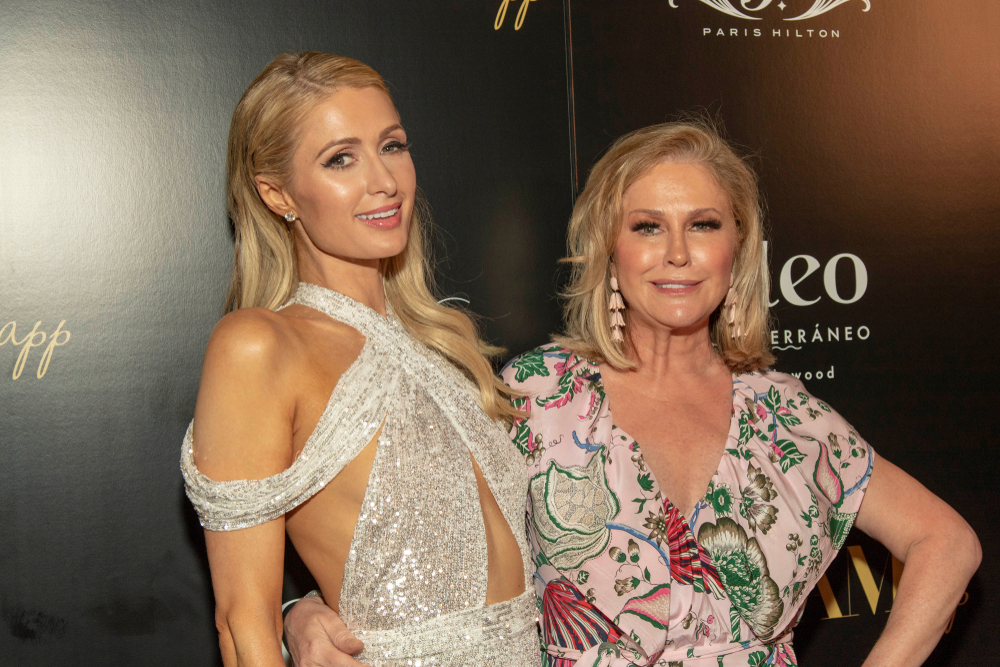 When Kathy Hilton was twenty years old, on the twenty fourth of November in the year 1979, she got married to Hilton hotel chain heir Richard Hilton.

Kathy Hilton and Richard Hilton still live together as a married couple in the the wealthy area of Bel Air, Los Angeles, California, United States of America, perhaps best known as the location of the hit NBC sitcom starring Will Smith, The Fresh Prince of Bel Air.

Barron Nicholas Hilton II and his wife Tessa Hilton have also produced a 3rd granddaughter to Kathy Hilton and Richard Hilton, namely Milou Alizée Hilton, who was born in 2020.

Kathy Hilton has a healthy social media presence, with accounts on most of the major current platforms. By this method, Kathy Hilton has a way to connect with her fanbase, as well as to make them aware of all of her latest endeavors, which in turns also helps Kathy Hilton net worth remain healthy and thriving.

Kathy Hilton’s official public verified Facebook account announces the fact that it’s official by bragging that it is “The OFFICIAL Facebook Page for Kathy Hilton” in its one line biography. Kathy Hilton has forty six thousand followers as of the present time on this extremely popular social media platform.

Kathy Hilton also has a Facebook page for her fashion line under the handle @KathyHiltonCollection.

Kathy Hilton uses her official public verified Facebook pages to connect with her fans, share photos of herself and loved ones, and let them know about all of her latest appearances both live and online, as well as all of the latest merchandise she is selling.

Naturally, this has proven to be a very helpful method of raising Kathy Hilton brand awareness and in turn helps to raise Kathy Hilton net worth with each sale she makes from this avenue.

Kathy Hilton has over one hundred and twenty thousand followers as of the present time on this extremely popular social media platform. Meanwhile, Kathy Hilton is herself currently following only three hundred and fifty one accounts in return..

Kathy Hilton uses her official public verified Twitter account to connect with her fans, share her thoughts and observations, and let her fans know about all of her latest appearances, as well as all of the latest merchandise she is selling.

This naturally helps Kathy Hilton net worth continue to grow due to people purchasing her merch and supporting her TV appearances.

Kathy Hilton has nine hundred and ninety seven thousand followers as of the present time on this extremely popular social media platform. Meanwhile, Kathy Hilton is herself currently following thousand and sixty one accounts in return.

Kathy Hilton uses her official public verified Instagram account to share photos of herself, connect with her fans, and let them know about all of her latest appearances and merchandise.

This, of course, has proven to be a very helpful method of raising Kathy Hilton brand awareness and in turn helps to raise Kathy Hilton net worth with each sale she makes from this avenue.

Kathy Hilton does not have an official public verified LinkedIn account as of the present time.

Should the situation ever change and Kathy Hilton decide to sign up for a LinkedIn account, we will be sure to update this page to reflect that information. After all, our goal is to keep our readers informed of all of the latest news about Kathy Hilton net worth, life, and career.

Kathy Hilton does not have an official public verified TikTok account as of the present time.

Should the situation ever change and Kathy Hilton decide to sign up for a TikTok account, we will be sure to update this page to reflect that information. After all, our goal is to keep our readers informed of all of the latest news about Kathy Hilton net worth, life, and career.