Josh Blue Net Worth – How Much Is He Worth Now? 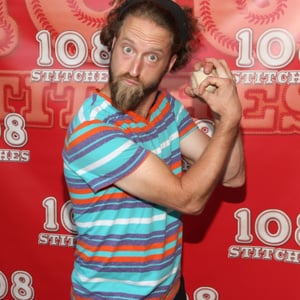 Who is Josh Blue?

Josh Blue is a stand-up comedian (though not quite in the same style as Bobby Lee) from the United States of America who famously has cerebral palsy.

He is best known for having competed on the fourth season of the reality competition show, Last Comic Standing, which ran from May through to August in 2006. More importantly, he actually won that season.

More recently, he competed on the sixteenth season of another prominent reality competition show, America’s Got Talent. Although he didn’t win this time around, he impressively came in third place.

According to critics, Josh Blue isn’t a cerebral palsy comedian but rather a comedian who just so happens to be living with the disability. He has been credited with having absolutely impeccable timing as well as being extremely likable and a pleasure to watch.

As a result, Josh Blue has been hugely significant in increasing visibility on American televisions of people with cerebral palsy as well as helping to defeat the stereotypes. Now, Josh Blue travels the United States on tours and often performs over two hundred shows every calendar year.

Josh Blue is also a highly-skilled improviser, often making up large portions of each show on the spot, meaning that even while pieces of his set may recur, no full set he performs is ever exactly the same. This encourages Josh Blue’s devoted repeat audience to watch him do his thing live over and over again.

Josh Blue first began doing comedy when he was still a student at Evergreen State College in Olympia, Washington in the United States of America. He would often do open mic sets in order to help hone his craft and build his skills. He was an instant hit with audiences, who found his humor personal and refreshing.

As a result, Josh Blue became a recognizable name in the stand-up comedy circuit fairly swiftly for such a young performer. He even won a highly regarded award in 2002 when he was granted the Comedy Works New Faces award in their contest.

This led to numerous appearances on comedian Carlos Mencia’s acclaimed comedy show Mind of Mencia on Comedy Central, which won him even more praise for his superb comic mind and timing and led to even more fans and opportunities.

In 2004, Josh Blue got ten thousand dollars as the result of winning a major contest in Nevada, namely the Las Vegas Comedy Festivals’ Royal Flush Comedy Competition, which is no mean feat. Only the best of the best could attain this honor.

Then in 2006, he blew even more people away when he competed on Last Comic Standing, the famous reality TV competition show on NBC, in its fourth season.

The first honor was appearing as the first stand-up comedian on the then-new Ellen DeGeneres Show to ever perform a set on the show. From there, he also went on to do guest appearances on Comics Unleashed, and Live with Regis and Kelly, (hosted, of course, by Regis Philbin and Kelly Ripa) in addition to being interviewed on ABC, FOX, MSNBC, and CBS.

In 2009, he made his acting debut in a very low-budget sequel in the horror genre called Feast III: The Happy Finish in the role of Short Bus Gus.

Despite its low production values, it was rated fairly highly by horror critics. In Bloody Disgusting, Brad Miska praised it for managing “to recapture the entire aesthetics of the original.” Meanwhile, their other writer Steve Barton called it “still one hell of a good ride”.

In 2010, he competed on the Stand-Up Comedy Showdown on Comedy Central, which was voted on by viewers. He got a thirteenth place on that show. The next year, he ended up in eleventh place.

Then, Josh Blue decided to audition for the smash hit reality TV show America’s Got Talent in its sixteenth season. Josh Blue naturally performed stand-up comedy for his talent and received yeses from every single one of the judges, allowing him to advance to the show.

Josh Blue ultimately ended in third place, beating both Léa Kyle and Brooke Simpson, but finishing after Aidan Bryant and Dustin Tavella. Josh Blue is the 4th comedian in the history of America’s Got Talent to advance to the top five of the competition.

Bert Kreischer Net Worth – How Much Is He Worth?

Josh Blue was born in the Republic of Cameroon in West Central Africa on the 27th of November in 1978. His parents were both American, however they were missionaries. His dad taught Romance languages to students at a school called Hamline University that was located in Cameroon.

By the time Josh Blue was growing up, his family had already relocated back to the United States and were then living in Saint Paul, Minnesota. As a teenager, he attended classes at Como Park Senior High School, from which he graduated in 1997. He then went on to Evergreen State College, where he majored in creative writing.

While he was a university student, Josh Blue began to pursue a stand-up comedy career, as he became particularly taken with making people laugh and discovered he had a knack for doing so in front of an audience.

One example of his wild sense of humor and ability to please a crowd happened when he did a semester back in Africa during his time in college. While there, he interned at a Senegalese zoo called Parc de Hahn. For a gag, he once jumped into an empty animal enclosure that wasn’t being used at the time.

While inside there, he pretended to be an animal, and the gathering audience around him began to toss peanuts and bananas into the exhibition. He remained there for eight hours collecting the food and afterward joked that he ate better that day and had more food than any other during his entire stay in Senegal, due to their generosity.

Josh Blue lives in the United States in Denver, Colorado. He has two kids, a daughter called Seika and a son called Simon. These children were the result of his relationship with Yuko Kubota, who was his wife for nearly six years, between 2008 and 2014, before they ultimately divorced.

When they first got together, Josh Blue asked Yuko if she had told her parents about his health condition. “No, but I did tell them you’re white,” she said.

At the time, Josh Blue often praised her dry sense of humor, saying, “The thing about Yuko is that she’s so deadpan. She cracks me up all the time a lot because she just sees the world so differently. It’s cool to get a different take on things sometimes.”

As of 2017, Josh Blue has been dating a woman called Mercy Gold.

Josh Blue’s condition is specifically called spastic hemiplegic cerebral palsy. He often uses his condition as a source of humor, discussing how he lives with his disability, as well as the reactions of people who cross paths with him.

He stated his reason for doing Last Comic Standing was to provide visibility on widespread media for people also living with cerebral palsy. He said he wanted to “make people aware of the fact that people with disabilities can make an impact”.

During the show’s final episode of the season, his stand-up set included a bit on what he called the “palsy punch”. He claimed that it was a great move to use during a fight, the reason being “first of all, they don’t know where the punch is moving from, and second of all, neither do I!”

Another of his famous jokes is that it takes forty-five minutes for him to sign an autograph for a fan, and he needs a “big ol’ stack of paper” if anyone ever asks for his phone number.

Josh Blue has never let his disability hold him down. He competed in the Summer Paralympics in 2004, which was held in Athens, Greece. He played European football or soccer.

In addition to his comedy career, Josh is also an artist who specializes in both paintings and sculptures.

While Josh Blue doesn’t have an enormous social media presence, he certainly has a fairly healthy one. He has an account on each of all of the major platforms, each of which has a strong, if not overwhelming, amount of followers

Josh Blue has an official public verified Facebook account under the name “Josh Blue Comedy”. His handle on this platform is @officialjoshblue and he currently has one million followers.

His feed on this social media platform includes videos of himself doing stand up, funny videos of various bits he does in lots of different places, plugs for his upcoming comedy shows, appearances, and tours, funny photographs of himself in different comedic setups, and messages to his passionate fan base.

Josh Blue has an official public verified Twitter account where he tweets under the handle @JoshBlueComedy, like his Facebook name. As Twitter is not case sensitive, the name can be entered lowercase. On this platform, he currently has 22.5 thousand followers, and he himself is following only 390 accounts in return.

He generally uses his Twitter to post updates about his life and career. This includes plugs for his comedy shows, and links to buy tickets, comedic video clips of himself, appearances he made on various TV shows and podcasts, retweets about himself from other accounts, and so on and so forth.

His Instagram biography reads “Winner of Last Comic Standing! Third place on America’s Got Talent! exParalympic Soccer player”, and features a link to Broccoli, his comedy special available on streaming. On this platform, Josh Blue posts funny photos and videos of himself mainly, as well as posters for upcoming tours and appearances.

Josh Blue does not appear to currently have a public LinkedIn business account. Like many entertainers, he perhaps does not see the need for this sort of business networking.

If, however, this situation changes at any point in the future, we will be sure to update this page with the information to keep you completely current with all of the latest Josh Blue news about his career and life.

Josh Blue seems to have a TikTok account, however, it is not currently verified. As with Twitter and Instagram, the account name here is also @joshbluecomedy. On this platform, he has 21.6 thousand followers, along with 31.7 thousand likes. He is following 35 accounts himself in return.

On this platform, he posts funny videos of himself and his family, along with clips of his stand up comedy and so on and so forth.

Alan Alda Net Worth – How Much Is He Worth?