Jo Koy net worth is currently estimated as being at about approximately $5 million dollars USD. The bulk of Jo Koy net worth has come from his successful career in stand up comedy entertainment industry.

Who is Jo Koy? 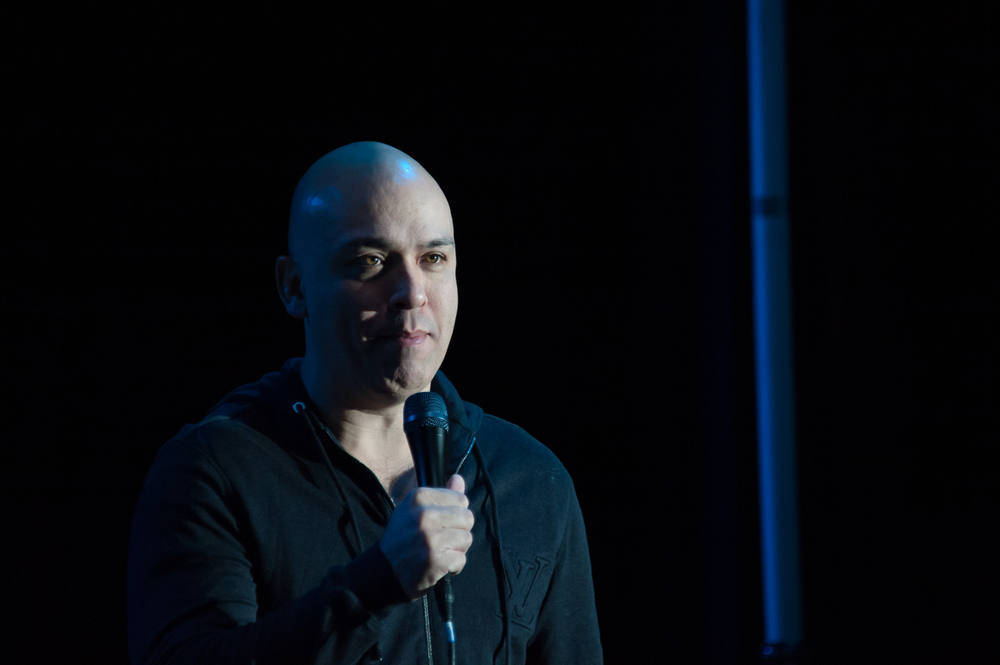 Jo Koy is the professional stage name of Joseph Glenn Herbert Sr. Jo Koy is a stand up comedian who started off modestly doing his comedy sets from the stage of a coffee house in Las Vegas but now sells out venues around the world.

In 2018, Montreal, Canada’s Just For Laughs Comedy Festival gave him the ward for “Stand Up Comedian of the Year”. Jo Koy has had 4 comedy specials that have aired on Netflix and Comedy Central. Comin’ In Hot is his most recent one on Netflix.

Jo Koy has been a round table guest on more than one hundred and forty episodes of the E! late night show Chelsea Lately along with other shows such as The Tonight Show, The Late Late Show, Jimmy Kimmel Live, Last Call with Carson Daly, Lights Out with David Spade, @Midnight, Beat Bobby Flay, The Breakfast Club, etc. 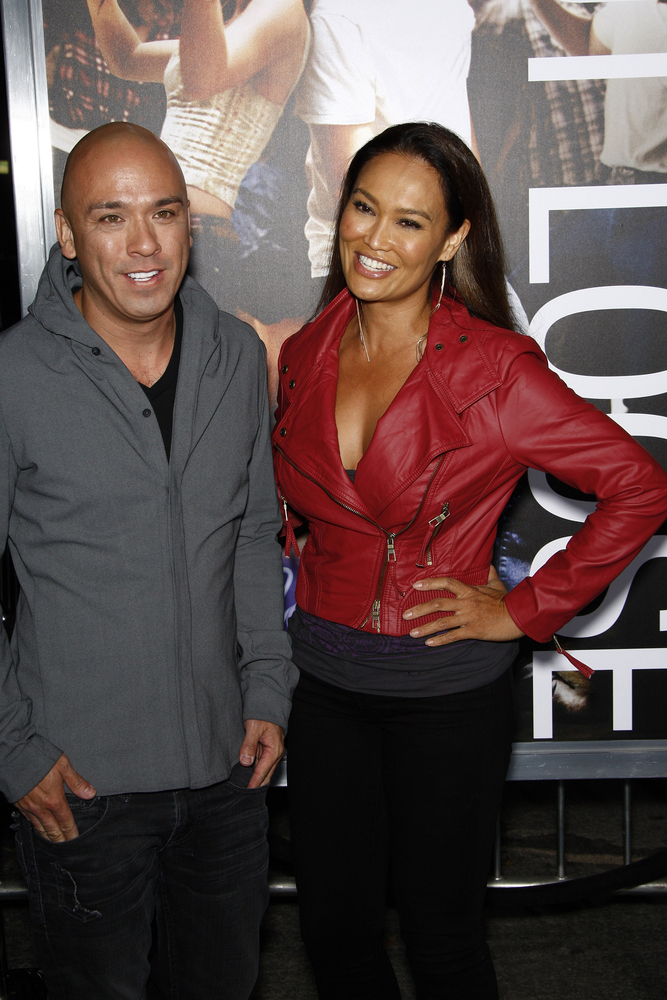 To this day, Jo Koy gives full credit to his mom for his talents in both comedy and acting. She remains to this day one of the main sources for his stand up, often filling his comedy shows with funny stories about her.

Throughout his childhood, she strongly encouraged Jo Koy to take part in talent shows at elementary, middle, and high schools. Jo Koy would also often create productions for his friends and family when he was growing up, thanks to her influence and pride in his abilities.

Eventually, Jo Koy decided to pursue stand up as a living thanks to the encouragement he received from her, the rest of his family, and his friends. Jo Koy started off performing at a small coffee house in Las Vegas, Nevada, United States of America.

This was in 1994, and he did so well that Jo Koy soon went from coming to open mic nights with his material to ultimately achieving a regular spot in the MGM Grand Hotel and Casino’s famous Catch a Rising Star show.

Afterwards, Jo Koy, inspired by the acclaim he’d been received, rented out the Huntridge Theatre to put on his comedy shows, going door to door to sell tickets to see him perform his stand up in front of an audience.

This went so successfully for him that Jo Koy finally decided to relocate to Los Angeles, California, United States of America, in an attempt to make it big and turn stand up comedy into a real and viable career for him.

This was after a Hollywood talent scout saw Jo Koy perform in Las Vegas, Nevada, United States of America, and encouraged him to come out. This talent scout also helped Jo Koy get his first ever appearance on TV, namely for Black Entertainment Television’s show ComicView. Jo Koy ended up appearing on 2 seasons of this show.

Since then, Jo Koy has appeared in various other stand up specials on TV. One of them was Jamie Foxx Presents: Laffapalooza! Meanwhile, Jo Koy won the night at the show Showtime at the Apollo. Jo Koy also performed for the troops in a USO tour.

Jo Koy also won a Gemini Award at the famous Montreal, Quebec, Canada comedy festival known as Just for Laughs, and due to this was invited back to perform yet again.

For a few years, Jo Koy regularly appeared as a guest comedian on the round table hot topic discussions on Chelsea Handler’s late night show Chelsea Lately. Jo Koy also joined on the Punisher comedy tour run by Carlos Mencia. During this, Jo Koy was playing to full houses of arenas with ten thousand seats a piece.

Jo Koy appeared on The Tonight Show in 2005 when Jay Leno was the host. Jo Koy’s set went so phenomenally well with both the audience and Jay Leno that he was one of the very few comics in the history of the show to get a standing ovation from the studio audience.

In 2012, Jo Koy and Michael Yo, himself a TV host and comedian, joined forces to create The Michael Yo and Jo Koy Show, a comedy talk discussion podcast.

Jo Koy has been a round table guest on more than one hundred and forty episodes of the E! late night show Chelsea Lately.

Jo Koy continues to tour all over the United States, along with appearing regularly on Adam Corolla’s The Adam Corolla Show podcast. Jo Joy also hosts his own weekly podcast called The Koy Pond, which is part of the Podcast One family of podcasts.

Jo Koy has had two Comedy Central specials called Lights Out and Don’t Make Him Angry. They both received extremely high ratings and excellent reviews.

At the start of 2020, Jo Koy had yet another Netflix comedy special called Joy Koy: In His Elements, which in addition to Jo Koy himself also featured other Filipino Americans in the entertainment industry, encompassing comedians, DJs, and more.

Jo Koy was born as Joseph Glenn Herbert on the second day of June in the year 1971 in Tacoma, Washington, United States of America. Jo Koy’s ethnicity is Filipino American.

Jo Koy’s dad was an American, who was at the time stationed, as a US Air Force pilot, in the Philippines, which is where he met the Filipina woman who would one day be his mom. They married shortly after meeting.

After Jo Koy finished high school, his family moved to Las Vegas, Nevada, United States of America. They did this in order to be closer to Jo Koy’s grandmother, who was elderly and ill at the time. Jo Koy was taking classes at the University of Nevada, Las Vegas, but ultimately decided to drop out in order to focus on his comedy.

Jo Koy got his stage name from an affectionate nickname given to him by his family when he was much younger. Jo Koy relayed this story on stage in a comedy club in Phoenix, Arizona, on the twenty second of September in the year 2019, during one of his stand up comedy routines.

In 1989, when Jo Koy was 18 years old, he was discussing potential stage names with a cousin of his who he was close with when his cousin’s mom called Jo in to eat dinner. She shouted “Jo Ko, eat!” In the Tagalog language, “Ko” is “my”. Therefore, “Jo Ko” is “my Joe”, but he instead thought she’d said, “Jo Koy”.

He liked it so much, Jo Koy took it as a name and has used that name from that point onwards.

Joy Koy is currently in a romantic relationship with comedian Chelsea Handler, who used to be his boss at the Chelsea Lately show. Jo Koy used to be romantically involved with Angie King, with whom he had his son, who is called Joseph Herbert Jr, and was born in 2003. Jo Koy lives with Joseph Jr in the San Fernando Valley.

In 2009, Jo Koy established The Jo Koy Foundation, a charity. It had “Hilarity for Charity”, its first philanthropic comedy night that year, which took the form of a show hosted by Jo Koy along with a number of other comedy guest stars.

Hilarity for Charity was held at The Jon Lovitz Comedy Club in Universal City, California, United States of America, and all proceeds went to The Children’s Hospital of Orange County in California.

Jo Koy has a healthy social media presence across the internet, which provides a way for Jo Koy to connect with his fans, which in turns helps Jo Koy net worth continue to build.

Jo Koy uses his Facebook account to post photos and videos of himself, and to post plugs for his latest stand up specials, events, and appearances, which helps connect Jo Koy with his fans and make them aware of his latest projects. In turn, this helps Jo Koy net worth as well.

Jo Koy uses his Twitter account to shares his thoughts and observations, post plugs for his latest stand up specials, events, and appearances, which helps connect Jo Koy with his fans and make them aware of his latest projects. In turn, this helps Jo Koy net worth as well.

Jo Koy uses his Instagram account to post plugs for his latest stand up specials, events, and appearances, which helps connect Jo Koy with his fans and make them aware of his latest projects. In turn, this helps Jo Koy net worth as well.

Jo Koy does not have a LinkedIn account as of the present time. Should he sign up for one at any point in the future, we will be sure to update this page with that information. Our goal is to inform our readers of all of the latest news about Jo Koy net worth, life, and career.

Jo Koy uses his TikTok account to post fun videos, which helps connect Jo Koy with his fans and make them aware of his latest projects. In turn, this helps Jo Koy net worth as well.