Jennifer Garner Net Worth – How Rich Is The Famous Actress?

Who is Jennifer Garner? 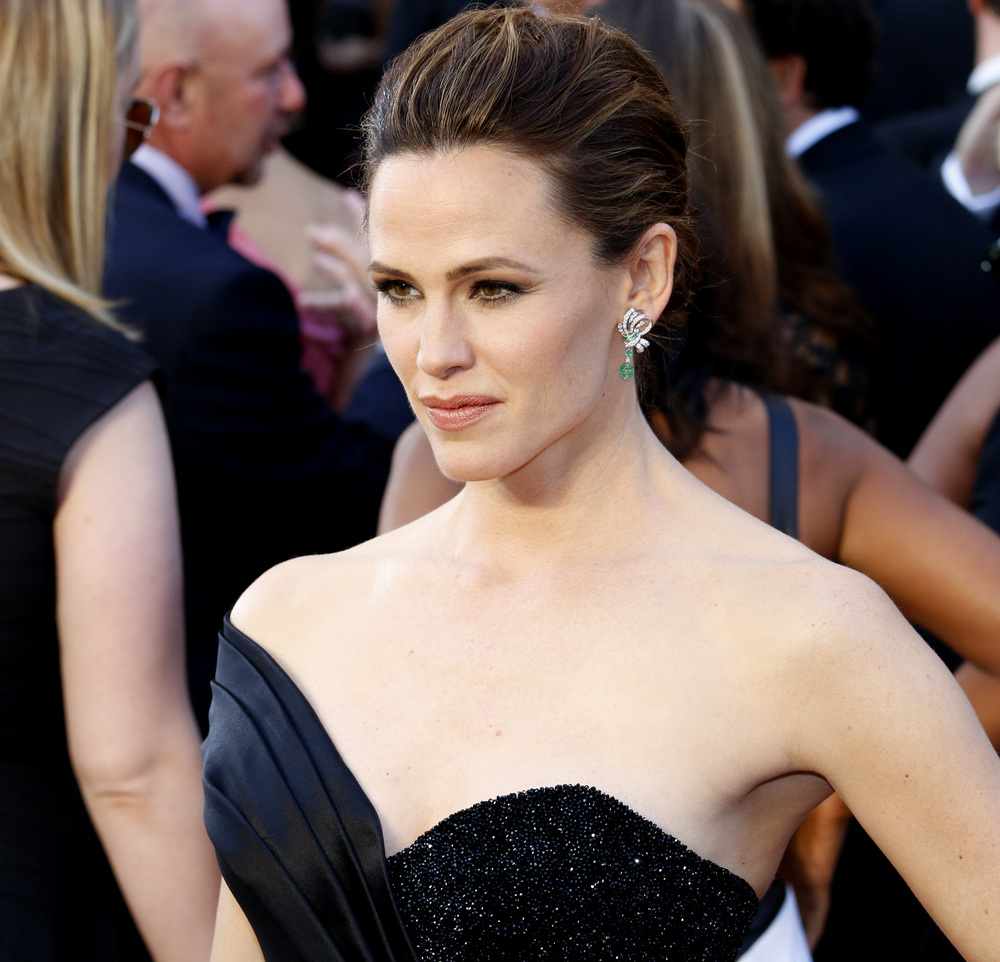 Jennifer Garner (whose middle name is Anne) is an actor who is probably best known for her iconic starring role as Sydney Bristow, a CIA agent, on the famous J J Abrams led spy drama on the ABC network, Alias, which ran from 2001 through to 2006.

Over the course of her years on the show, Jennifer Garner won an Golden Globe and Screen Actors Guild Award for her performance, in addition to being nominated by the Emmys four years in a row.

Jennifer Garner is also known for her various big screen roles, including the cult romcom 13 Going on 30, the Marvel comic books films Daredevil and Elektra (in which she played Daredevil’s love interest Elektra), Juno, Ghosts of Girlfriends Past, The Invention of Lying, The Odd Life of Timothy Green, Pearl Harbor, Love Simon, and more.

In 1995, Jennifer Garner relocated to Manhattan to pursue a career in acting and soon got an understudy role in Roundabout Theatre Company’s A Month in the Country production. She also go her first screen role in a miniseries called Zoya. In 1996, she was cast in a TV film called Harvest of Fire playing an Amish woman.

Later that year, she was cast as a shopkeeper in a miniseries called Dead Man’s Walk. She also had a role in the indie short In Harm’s Way along with guest roles on Law & Order and Swift Justice. Throughout this time, she was a restaurant hostess to maintain her income.

In 1997, Jennifer Garner moved to Holiday where she landed a starring role in a TV movie called Rose Hill, as well as an appearance in the feature film Washington Square. She also got parts in Mr Magoo, 1999, and Deconstructing Harry (however the bulk of her performance ended up on the cutting room floor).

From there, she appeared on Fantasy Island and then got a cast on a FOX drama called Significant Others, however it was swiftly cancelled. Eventually, in 1998, she got a significant part in J J Abrams’ hit WB show Felicity. In 1999, she also got a part on another FOX drama called Time of Your Life but it was also cancelled quickly.

In 1999, Jennifer Garner had a role in Aftershock: Earthquake in New York, a miniseries, and appeared on two episodes of The Pretender on NBC. In 2000, she had a role in the film Dude, Where’s My Car? as Ashton Kutcher’s character’s girlfriend. In 2001, she co starred with her husband Scott Foley in Stealing Time.

That same year, she also had a small part in the film Pearl Harbor, before finally being cast in one of the most significant roles of her career, the role that made her an icon, Sydney Bristow in Alias. J J Abrams wrote the show for her under the premise of what if Felicity was secretly a super spy.

Alias ran for 5 years, airing between the years 2001 through 2006, and it was a huge boost to Jennifer Garner net worth. She started the show earning $40K per episode but by the end was getting $150K for each one. She won a Screen Actors Guild and Golden Globe Award for her role.

Additionally, she was nominated for three other Golden Globes over the years, in addition to four consecutive Emmy nominations. The role was a sensation.

Throughout this time, Jennifer Garner was continuing to do some big screen work. She had a small role in Steven Spielberg’s Catch Me If You Can in 2002. She played Elektra in the Marvel film Daredevil in 2003.

In 2004, Jennifer Garner got her first big screen starring role in a romcom called 13 Going on 30, which is a bit of a female spin on the classic Tom Hanks comedy film, Big. It’s about a 13 year old girl who wakes up as a 30 year old. The film has become a bit of a cult classic much beloved by women who were teens at the time.

She garnered rave reviews across the board for the film from some of the biggest critics in the country. It did a healthy box office a well, grossing ninety six million dollars globally.

In 2005, Jennifer Garner played Elektra again in her own spinoff film, although that film did disastrously. Her next film was Catch and Release, a romantic drama that also failed to take off.

After Alias ended, Jennifer Garner took a year off during which she married Ben Affleck and gave birth to their first child. In 2007, she got back to acting, and received rave reviews for her performance in the film Juno, starring Elliot Page. She played a woman who was desperate to be a mother via adoption.

Later that year, she also appeared in a film called The Kingdom as an FBI agent. She also returned to the stage, playing Roxanne on Broadway in a production of Cyrene de Bergerac starring Kevin Kline. She received rave reviews for this as well. Prior to the performance, she trained with movement and vocal coaches and learned French.

In 2009, Jennifer Garner did two romcoms: Ghosts of Girlfriend Past, which did well at the box office despite mixed reviews, and The Invention of Lying, starring alongside Ricky Gervais. Although the film got mixed reviews, her performance received raves and she was praised as a natural comedic talent.

In 2010, Jennifer Garner appeared in the all star romcom Valentine’s Day. In 2011, she played a villainous bride in the remake of Dudley Moore’s Arthur from 1981.

In 2012, Jennifer Garner played the mom in the fantasy film The Odd Life of Timothy Green. That same year, she also appeared as a competitive social climber competing in a competition for butter sculpting in the satire film Butter. Again, the film got mixed notice but she received raves for her performance.

In 2013, Jennifer Garner played a doctor in the 1980s, treating HIV and AIDS patients in Dallas, Texas, in the film Dallas Buyers Club. This time, the film got raves as well as her performance specifically.

In 2014, Jennifer Garner starred in Draft Day, a sports film. She also appeared as the mom in the film of Alexander and the Terrible, Horrible, No Good, Very Bad Day, alongside Steve Carell. She played a mom again in Men, Women, & Children, which Jason Reitman directed.

In 2015, Jennifer Garner appeared in Danny Collins, a film that was based on the life of a real folk singer called Steve Tilston, and also featuring Bobby Cannavale, Annette Bening, and Al Pacino. Again, Jennifer Garner was praised for the natural emotion of her performance.

In 2016, Jennifer Garner acted in Miracles from Heaven, again as a mom, this time of a girl who managed to be cured from a disease that had been thought to be fatal. She also starred in Nine Lives that year, a film that received terrible reviews. That same year, she also had a cameo in the film Mother’s Day.

In 2017, Jennifer Garner did the drama film Wakefield, which was launched at TIFF. She also was the star of The Tribes of Palos Verdes that year, in addition to appearing in A Happening of Monumental Proportions, which marked the filmmaking directorial debut of Judy Greer, her close friend and co star in previous productions.

In 2018, Jennifer Garner played the mom of a gay teenager in the highly acclaimed film Love Simon, based on the also highly acclaimed novel for young adults, Simon vs the Homo Sapiens Agenda by Becky Albertalli. She also played the voice of Mama Llama in the animated kids show Llama Llama for Netflix.

Additionally, she starred in Peppermint, an action film centered on a revenge theme.

In 2018, Jennifer Garner got her star on the legendary Hollywood Walk of Fame, and then went on to co star with the inimitable David Tennant (best known as the Tenth Doctor on the legendary BBC sci fi series Doctor Who) on an HBO comedy called Camping.

Tennant would later interview Jennifer Garner about the experience on his podcast.

Jennifer Garner, whose middle name is Anne, was born in Houston, Texas on the seventeenth of April in the year 1972. The Garner family moved to West Virginia when she was three years old.

Her dad, William John Garner, was a chemical engineer, and her mom, Patricia Ann English, an English teacher. Jennifer Garner has two siblings, both sisters, one older than her, one younger. Jennifer Garner grew up attending church each week and attended Vacation Bible School in the summers.

Jennifer Garner got her high school education in Charleston at George Washington High School. Although she started off as a chemistry major at Denison University, located in Ohio, she soon afterwards switched over to theatre.

In 1993, she did a fall semester at the National Theatre Institute, a part of the Eugene O’Neill Theatre Center. She also did summer stock work each summer, and graduated in 1994 with a BFA in theatre and performing. 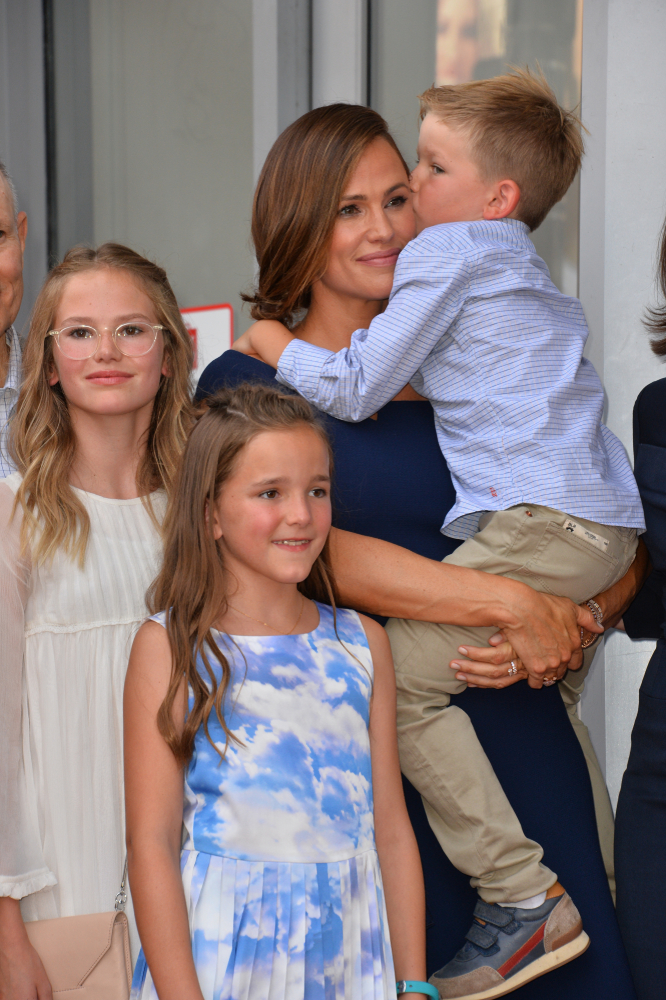 Jennifer Garner married her Felicity co star Scott Foley at the end of 2000. They’d met two years earlier on the set of the show. They remained married for just over 2 years, getting separated in early 2003 and divorced by May of that year. Later that same year, she began dating Michael Vartan, her love interest on Alias.

Not long after their relationship ended in 2004, Jennifer Garner began a relationship with Ben Affleck, who she’d co starred with on Pearl Harbor and Daredevil. They got married in June of 2005.

Victor Garber, who played her dad on Alias, officiated. He and his future husband, a man named Rainer Andersen, were the only other people there. Jennifer Garner and Ben Affleck had three kids: Violet Anne Affleck, Seraphina Rose Elizabeth Affleck, and Samuel Garner Affleck. They divorced in 2017, seemingly partially the result of Affleck’s alcoholism.

From 2018 through 2020, Jennifer Garner was dating a businessman named John C. Miller, and as of mid-2021, that relationship picked up again.

Jennifer Garner has an active social media presence on a lot of the major platforms.

Jennifer Garner doesn’t have an official public verified Twitter account. Should this situation change at any point in the future and she choose to sign up for one, we will be sure to update this page with that info. Our goal is to keep our readers informed on all of the latest news on Jennifer Garner net worth, life, and career.

Jennifer Garner doesn’t have an official public verified LinkedIn account. Should this situation change at any point in the future and she choose to sign up for one, we will be sure to update this page with that info. Our goal is to keep our readers informed on all of the latest news on Jennifer Garner net worth, life, and career.