James Corden Net Worth – How Rich Is The Hollywood Star?

Who is James Corden? 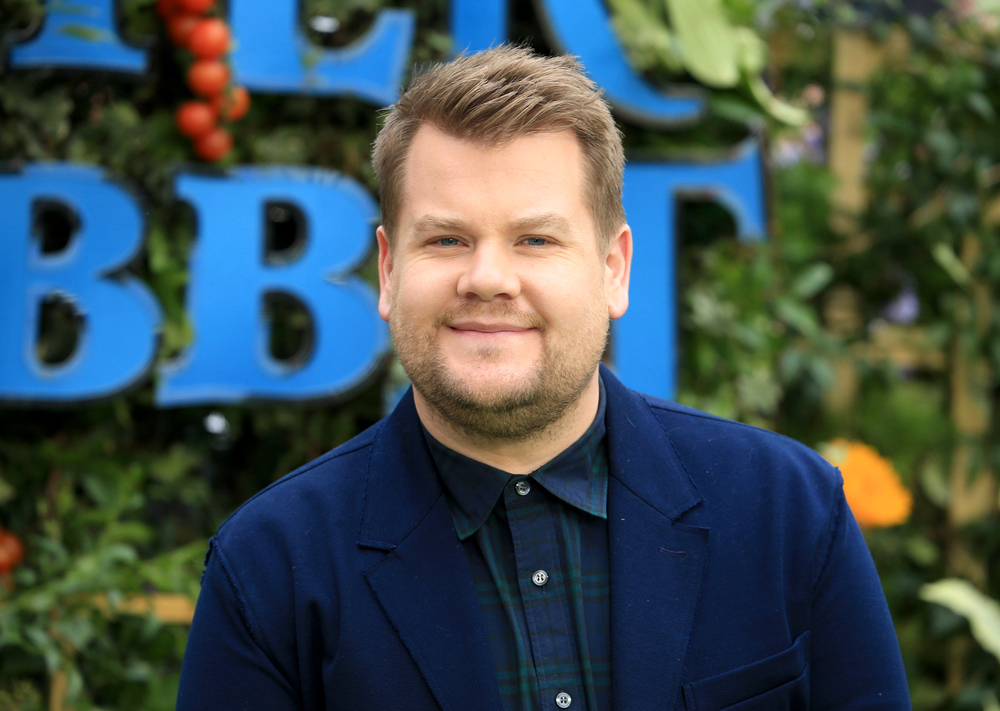 James Corden is most known in the United States for hosting The Late Late Show with James Corden. In the UK, James Corden is best known for his starring role on Gavin & Stacey, the popular BBC sitcom that he co wrote with Ruth Jones.

Gavin & Stacey ran for three series, beginning in 2007 until 2010. James Corden won a BAFTA TV award for his performance. James Corden was also in the single “Shout” that became the English football team’s unofficial anthem in the 2010 FIFA World Cup.

In 2011, James Corden created a sketch for the Children in Need charity TV telethon, Comic Relief, called Carpool Karaoke in which he drove all over London with George Michael singing songs. This sketch would later become one of the most popular on his American late night show.

James Corden has hosted the Brit Awards multiple times, as well as the Tonys and the Grammys. He has had roles in films such as Gulliver’s Travels, Kill Your Friends, Peter Rabbit, Peter Rabbit 2, Into the Woods, The Prom, and Cats.

James Corden starred in the National Theatre play One Man, Two Guvnors, which transferred to the West End before transferring to Broadway, ultimately winning him a Best Actor Tony award. As the host of The Late Late Show and for various other gigs, he has received twenty two Emmys, and ultimately won nine of them.

In 2015, James Corden was awarded with the highly prestigious honor of Order of the British Empire for his contributions to drama. 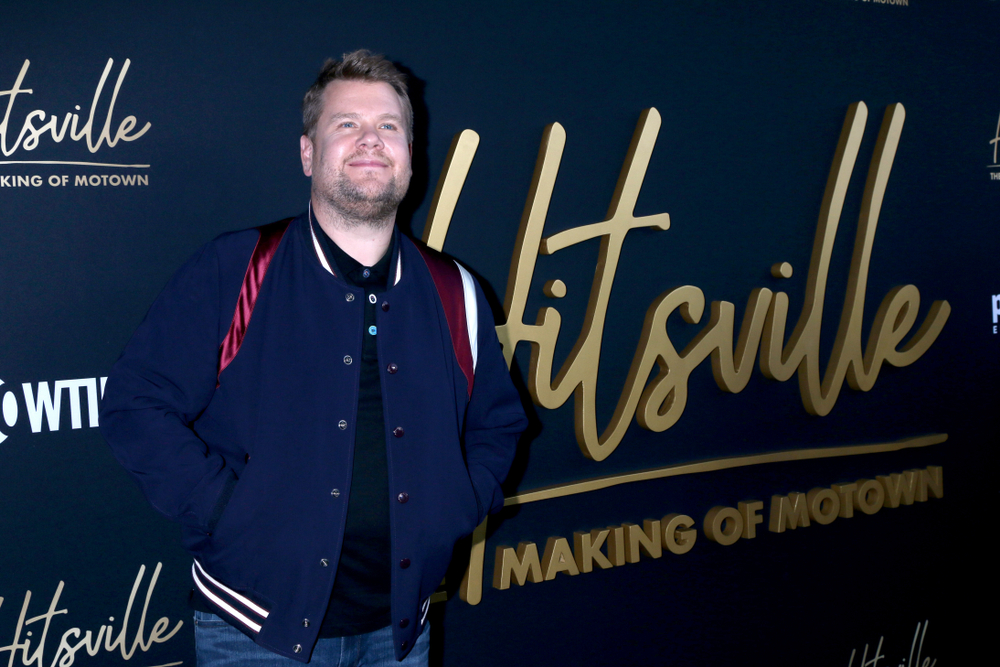 James Corden’s stage career began when he was eighteen and had one line in the musical Martin Guerre in 1996, which was by the creators of the Les Miserables musical. His first on screen acting role was as Gareth Jones in the TV show Boyz Unlimited in 1999.

James Corden also played a student on the British sitcom Teachers as well as a bit part on one episode of the soap opera Hollyoaks. In 2004, James Corden appeared on other shows such as Dalziel and Pascoe and Little Britain.

Meanwhile, he also did some film work in projects such as Whatever Happened to Harold Smith?, Heartlands, Cruise of the Gods, and All or Nothing, directed by Mike Leigh.

James Corden’s first big TV break was starring as Jamie Rymer on the show Fat Friends in the years 2000 to 2005. In 2000, this role got him nominated for a Royal Television Society Award. His upward trajectory continued with being cast as Timms in Alan Bennett’s hit play The History Boys.

The History Boys began in London and eventually, with the same cast, moved to Broadway in New York, then Sydney, Australia, then Wellington, Australia, and even Hong Kong. It was a genuine phenomenon. He and the whole cast also performed it on radio, as well as in the film version in 2006.

That same year, James Corden also showed up in a film called Starter for 10. Then beginning in 2007, he co starred as the best male friend character in a hit sitcom called Gavin & Stacey, which he also create and wrote with his other co star Welsh actress and comedian Ruth Jones.

In 2010, at the National Television Awards, Gavin & Stacey won Most Popular Comedy. The cast would go on to reunite in 2019 for a reunion Christmas special.

In 2009, he had a sketch show with Matthew Horne, who played Gavin on Gavin & Stacey called Horne & Corden which got awful reviews and poor viewership and only lasted for one series. He then starred in a film called Lesbian Vampire Killers, that also did poorly at the box office and was loathed by critics.

He followed that up with the similarly unsuccessful film Telstar and animated film Planet 51. In 2010, he became the host of A League of Their Own, a comedy panel show about sports.

In 2010, James Corden contributed to Channel 4’s Comedy Gala, which was at London’s world famous O2 arena in order to provide charity to the Great Ormond Street Children’s Hospital. James Corden then took on the role of schlubby Craig Owens on two episodes of Doctor Who: namely “The Lodger” and “Closing Time” the next year.

In early 2011, James Corden hosted the Brit Awards. Then, he played his famous role from Gavin & Stacey, Smithy for a Comic Relief sketch on Red Nose Day. Justin Bieber, Paul McCartney, JLS, and Gordon Brown appeared in the sketch alongside him.

In June of that year, James Corden took on another of his most prominent roles, the lead in One Man, Two Guvnors, a play at the National Theatre that eventually transferred to the West End. The show was massively successful, got stellar reviews, and won the Evening Standard Theatre award for Best Play.

The next year, One Man, Two Guvnors made it across the pond to New York City, where it played Broadway, again with James Corden in the leading role. This is the part that won him his Tony for Best Leading Actor in a Play.

In early 2012, James Corden hosted the Brits yet again. Later that year, he co starred with Matthew Baynton in the comedy thriller series The Wrong Mans on BBC2, which was co produced by Hulu in the States and aired in both countries

In 2014, he was cast in the very prominent role of the Baker in the Disney movie based on Stephen Sondheim and James Lapine’s smash hit fairy tale musical Into the Woods. In 2015, he was the narrator for the BBC film of Esio Trot by Ronald Dahl.

That same year, James Corden was given the role of taking over the immensely popular Craig Ferguson’s seat on The Late Late Show. One of his most popular sketches on his version continued to be Carpool Karaoke. His addition with Adele was one of the most viral videos online of 2016.

His Carpool Karaoke special with the legendary Paul McCartney, of the Beatles and Eagles fame, earned him an Emmy Award for Best Variety Special, in addition to a nom for him as well, which he didn’t win. In one part of the special, while driving through Liverpool, Paul McCartney stopped and autographed a Penny Lane sign.

In 2016, James Corden was the voice of Biggie in the Trolls film. In 2019, James Corden played an anthropomorphic cat, Bustopher Jones, in the film version of Andrew Lloyd Webber’s 1980s mega musical Cats. The film and his performance in particular got dismal reviews, and flopped terrible at the box office.

James Corden got similarly negative reviews for his role in Netflix’s adaptation of the Broadway musical The Prom. Many critics called it an offensively stereotyped and retrograde depiction of a gay male character and called it out of step with modern times. Besides that, he still got a Golden Globe nom for it, drawing more ire.

James Corden got bad reviews again for both acting and producing the 2001 Amazon Prime released version of Cinderella.

James Corden was born on the twenty second of August in the year 1978 in Hillingdon, London, England, United Kingdom. James Corden’s mum, Margaret Corden, had a career as a social worker. James Corden’s dad, Malcolm Corden, was Bible and Christian book salesman as well as a former Royal Air Force band musician.

James Corden was raised by his parents in the area of Hazlemere in Buckinghamshire, England, United Kingdom. As a student, James Corden received his education at Park Middle School and then Holmer Green Upper School. James Corden has two siblings, both of them sisters. 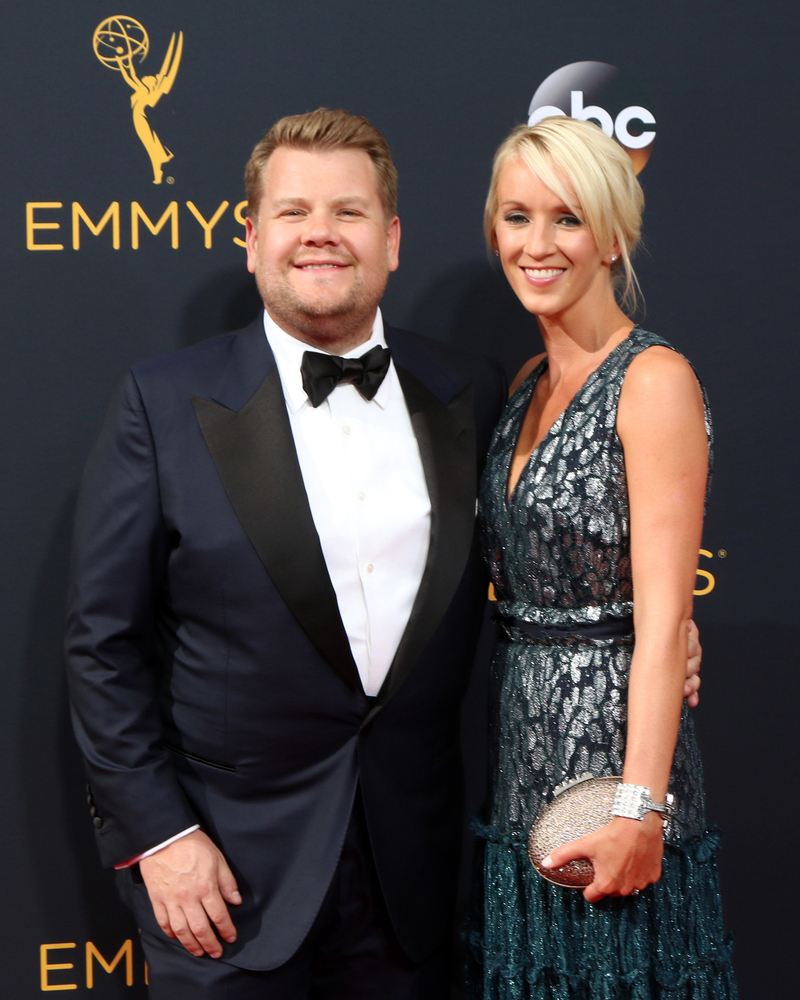 In 2015, Princess Anne bestowed the honor of OBE upon James Corden at a Buckingham Palace ceremony. James Corden’s main residence is in Los Angeles, California, United States of America, where he films his late night show.

He also has a home in London in the wealthy area of Belsize Park, as well as another house in Wargrave, Berkshire, England, United Kingdom.

James Corden has a healthy social media presence, with accounts on most of the major platforms, which is a contributing factor in boosting the healthiness of James Corden net worth.

James Corden’s official public verified Facebook account is mainly made up of video clips from The Late Late Show, as well as his film appearances, which helps his fans engage with his latest episodes and projects, which in turn helps build James Corden net worth.

James Corden has an official public verified Twitter account. James Corden’s official public verified Twitter account handle is@JKCorden, the JK standing for his first two names, James Kimberley. Because Twitter’s algorithm is not case sensitive, however, the name can be entered all lowercase into their search function to find it.

On this popular social media platform, James Corden has nearly eleven million followers as of the present time. James Corden is himself following over twenty five hundred accounts in return currently.

James Corden’s official public verified Twitter account is mainly made up of video clips from The Late Late Show, as well as his film appearances, in addition to RTs in order to build fan engagement which in turn helps contribute to James Corden net worth.

On this popular social media platform, James Corden has over six million followers as of the present time. James Corden is himself following sixty six accounts in return currently.

James Corden’s official public verified Instagram account is mainly made up of photos of himself and memes that he uses to connect with his fans. This also helps James Corden net worth.

James Corden does not have an official public verified LinkedIn account. Should this situation change at any point in the future and James Corden decide to sign up to LinkedIn, we will be sure to update this page with that information.

Our goal is to keep our readers informed of all of the latest news about James Corden net worth, career, and life.

James Corden does not have an official public verified TikTok account. Should this situation change at any point in the future and James Corden decide to sign up to TikTok, we will be sure to update this page with that information.

Our goal is to keep our readers informed of all of the latest news about James Corden net worth, career, and life.