Gucci Mane Net Worth – How Rich Is The Fashionista Rapper?

Who is Gucci Mane? 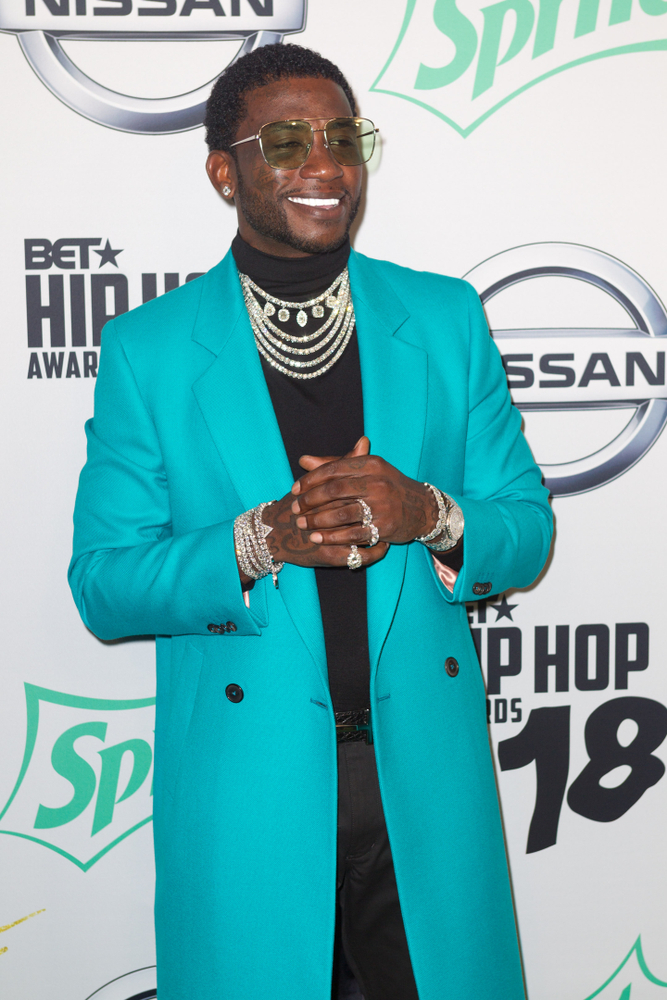 Gucci Mane is the professional stage name of Radric Delantic Davis, a rap artist and record exec who is best known for helping to create trap music, a subgenre of hip hop, along with his rap colleagues in Atlanta, Young Jeezy and T.I. Gucci Mane’s first 3 albums were Trap House, Hard to Kill, and Back to the Trap House.

Gucci Mane is considered to be possibly the 00s’ most influential underground rap artist.

Gucci Mane dropped his first album Trap House in 2005, whose single was “Icy”, a collaboration with Young Jeezy. Afterwards, however, they disputed over the song’s rights, which led to a rift between them. Despite being independently released, the album reached Billboard’s R&B Hip Hop chart in the top twenty.

In 2006, Gucci Mane dropped Hard to Kill, which had a hit song called “Freaky Gurl”, and two songs that became videos: “Pillz” and “Street Nigazzz”.

In 2007, Gucci Mane dropped his first commercial album, which was called Back to the Trap House and had a remix of “Freaky Gurl” with Lil’ Kim and Ludacris. Gucci Mane then put out two mixtapes, Writing on the Wall and Bird Money.

In 2009, Gucci Mane was signed on by Warner Bros Records, making seventeen appearances on other artists’ songs, such as Mariah Carey, Yo Gotti, Mario, and The Black Eyed Peas. By the end of the year, he had a second album out, this one called The State vs. Radric Davis.

“Wasted”, the album’s first single, had previously appeared on his mix tape Guccimania. The successive ones were “Spotlight”, “Lemonade”, and “Bingo”.

After a stint in jail, Gucci Mane changed his label’s name to 1017 Brick Squad Records from So Icey Entertainment. In 2010, he put out The Appeal: Georgia’s Most Wanted. The lead single was called “Gucci Time”.

In early 2011, Gucci Mane dropped a tenth EP, this one called The Return of Mr Zone 6, which became his most successful EP, starting off in the eighteenth spot on Billboard’s 2006, second on Rap Albums, and eighth on R&B Hip Hop Albums. Later, that year he collaborated with Waka Flocka Flame on Ferrari Boyz.

By the end of the year, he’d also dropped a collaboration with V-Nasty that was named BAYTL, its first single being “Whip Appeal”.

In late 2012, Gucci Mane dropped a third mixtape of the year, Trap God, and also appeared on two tracks of Waka Flocka Flame’s Salute Me or Shoot Me 4.

By September, he’d dropped another mix tape, Diary of a Trap God. On Christmas, he dropped The State vs Radric Davis II: The Caged Bird Sings.

In May, he dropped Brick Factory Vol 1, which was a collaboration with various 1017 BrickSquad performers, along with The Purple Album, The Green Album, and The White Album, which were together known as the World War 3D trilogy.

In July, he dropped Trap House 4, which featured appearances from such musical artists as Fredo Santana, K Camp, Young Scooter, and Chief Keef. Gucci Mane also dropped a collaboration with PeeWee Longway and Young Dolph that was named Felix Brothers.

Although he was incarcerated at the time, Gucci Mane put out a total of 12 musical projects over the course of 2014, making over $1.3 million dollars in the process.

In March, Gucci Mane dropped another trilogy, the names of which were Breakfast, Lunch, Dinner. Only 4 days after that release, he dropped yet another EP called Dessert, a testament to just how impressively prolific he is.

In April of 2016, Gucci Mane dropped a thirty six song compilation that brought together all of
Breakfast and Lunch and Dinner and Dessert, and was called Meal Ticket.

In May of 2016, Gucci Mane was let out of prison early. The very next day, in celebration, he dropped a single called “First Day Out tha Feds”. In June, he appeared on a GOOD Music single called “Champions”. In July, he dropped a new album called Everybody Looking. One day later, he played a concert called Gucci & Friends.

In December, Gucci Mane dropped his 10th full length studio album. It was called The Return of East Atlanta Santa.

Gucci Mane was born as Radric Delantic Davis in Bessmer, Alabama, on the twelfth of February in the year 1980. Gucci Mane’s mom was a teacher and social worker named Vicky Jean Davis. Gucci Mane’s dad worked in a power plant and was previously a United States service man named Ralph Everett Dudley.

Gucci Mane was raised by his dad’s mom while his own mom was attending college. Gucci Mane’s grandma taught him reading when he was very young, as well as scripture. Meanwhile, he attended Jonesboro Elementary.

When he was only 6, Victor, his half brother, introduced him to hip hop by taking him to a concert featuring LL Cool J, the Beastie Boys, and Run DMC. Once Gucci Mane’s dad started a relationship with another woman with whom he had two kids, he mostly dropped out of his life in favor of the new family.

Eventually, they moved to East Atlanta, where Gucci Mane went to Cedar Grove Elementary School, where he did well in class. He and Victor also dealt weed together, eventually becoming a more heavy drug dealer while he was attending Ronald E McNair High School.

In 1998, Gucci Mane graduated with excellent grades as well as a scholarship to attend Georgia Perimeter College, but he only rarely went to class and ended up being kicked out and sent to jail for ninety days after being caught with cocaine by a cop.

Gucci Mane had been both rapping and writing poetry since he was young. After getting out of jail, he decided to focus on pursuing music as a career. He made an album called La Flare, making a thousand copies, and distributing them himself throughout the city of East Atlanta.

Then, he started his own small music label, even managing another young rapper friend of his called Lil Buddy. By 2002, Gucci Mane had created LaFlare Entertainment, his own record label. 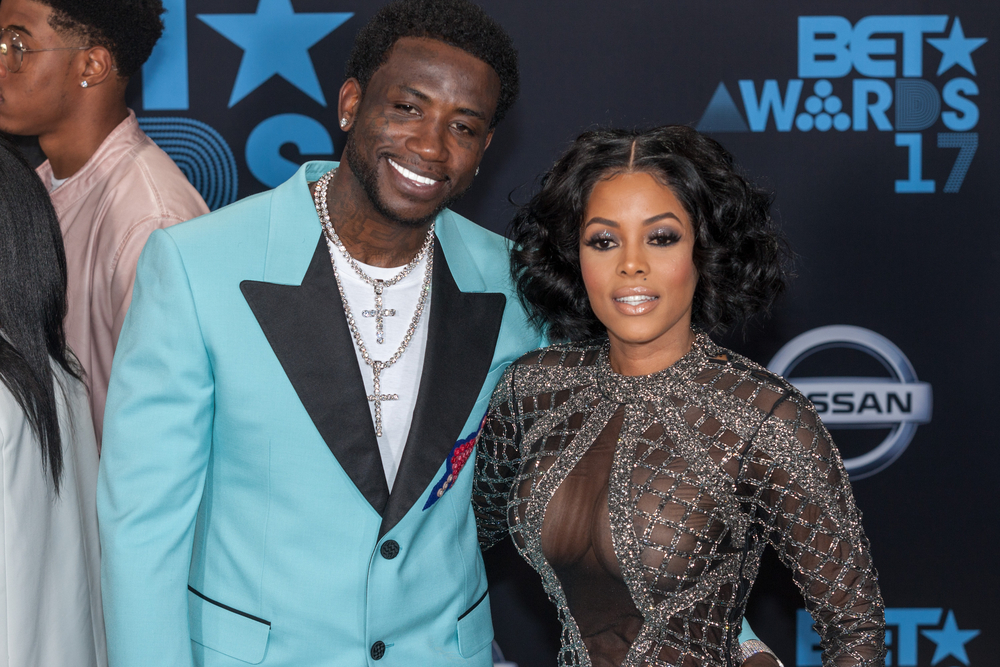 Gucci Mane’s wife is Keyshia Ka’oir, who founded Ka’oir Fitness and Ka’oir Cosmetics. Their wedding was covered on a reality show called The Mane Event for BET. In late 2020, they had a son called Ice Davis. Gucci Mane also has a son from a previous relationship who he didn’t discover existed until the boy was ten months.

Gucci Mane has a large, impressive social media presence, with accounts on most of the major platforms. These accounts provide a way for Gucci Mane to speak directly to his fans, which in turns helps Gucci Mane net worth.

Gucci Mane uses his Facebook to share his career updates, photos of himself with his family and loved ones, plug his own music and that of various artists he represents, advertise his merch, and so on and so forth. Naturally, being able to connect with his fans in this way helps Gucci Mane net worth as well.

Gucci Mane uses his Twitter to share his thoughts and observations, career updates, plug his own music and that of various artists he represents, advertise his merch, and so on and so forth. Naturally, being able to connect with his fans in this way helps contribute to Gucci Mane net worth as well.

Gucci Mane uses his Instagram to share photos of himself with his family and loved ones, and to share his career updates. Naturally, being able to connect with his fans in this way helps contribute to Gucci Mane net worth as well.

Gucci Mane does not have a professional LinkedIn business account as of the present time. Should Gucci Mane decide to sign up for one in the future, we will be sure to update this page with that information. Our goal is to keep our readers informed on all of the latest news about Gucci Mane net worth, life, and career.

Gucci Mane does not have an official public verified TikTok account as of the present time. Should Gucci Mane decide to sign up for one in the future, we will be sure to update this page with that information. Our goal is to keep our readers informed on all of the latest news about Gucci Mane net worth, life, and career.