Eric André Net Worth – How Much Is He Worth?

Eric André net worth is estimated to be at somewhere between $3 million and $5 million. The bulk of Eric André’s net worth surely comes from his successful career as an actor and comedian in Hollywood, having starred and appeared in numerous television shows and movies.

Who is Eric André? 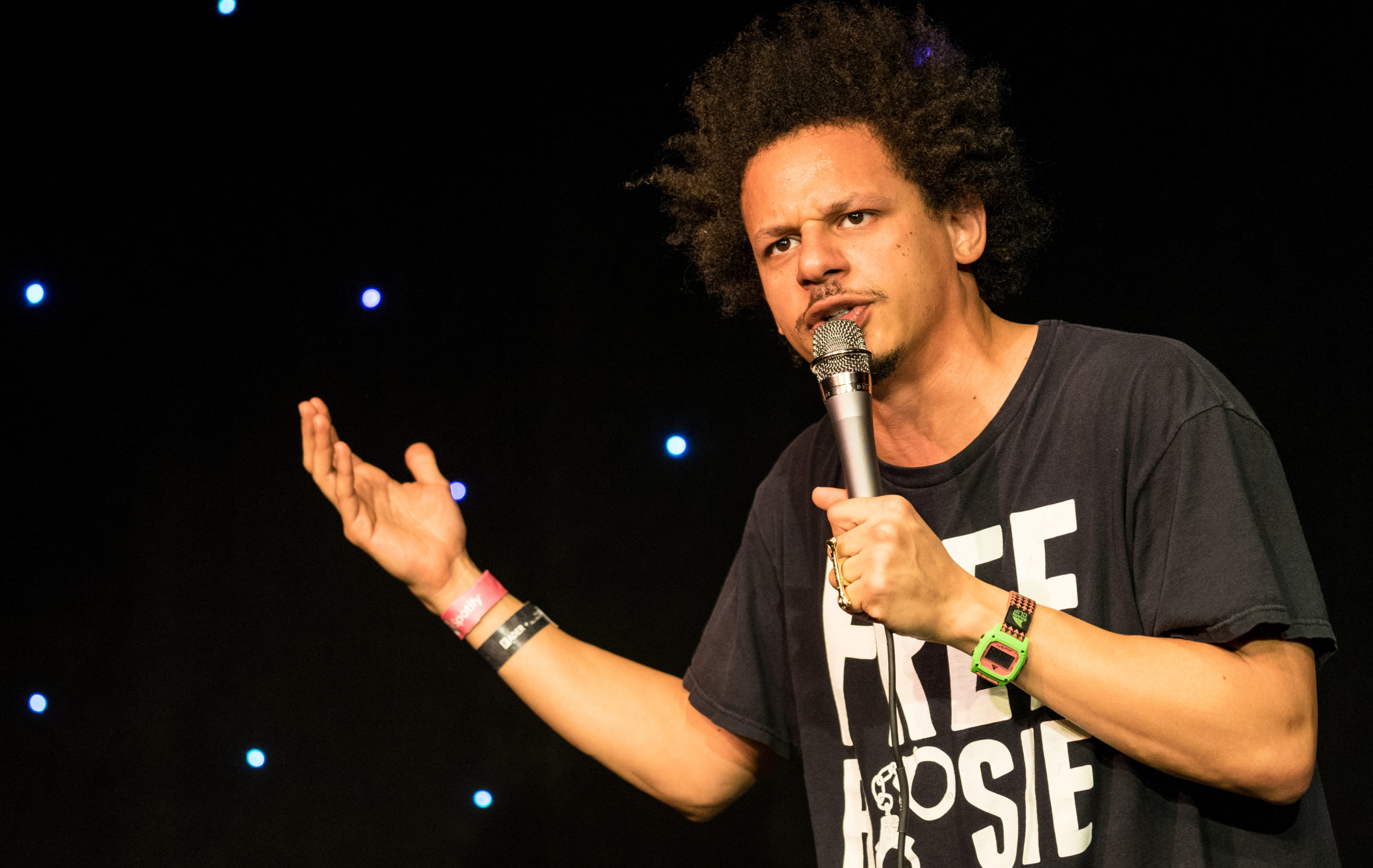 Eric André is a comedian, actor, TV host, writer, and producer, whose biggest claim to fame was creating, co-writing, and hosting The Eric Andre Show, a comedic television series on the popular Adult Swim programming block of Cartoon Network.

He also starred in Disney’s live-action remake of The Lion King, the FXX show, Man Seeking Woman, and ABC’s short-lived cult hit Don’t Trust the B- in Apt. 23. He also puts out music using the stage name, Blarf. 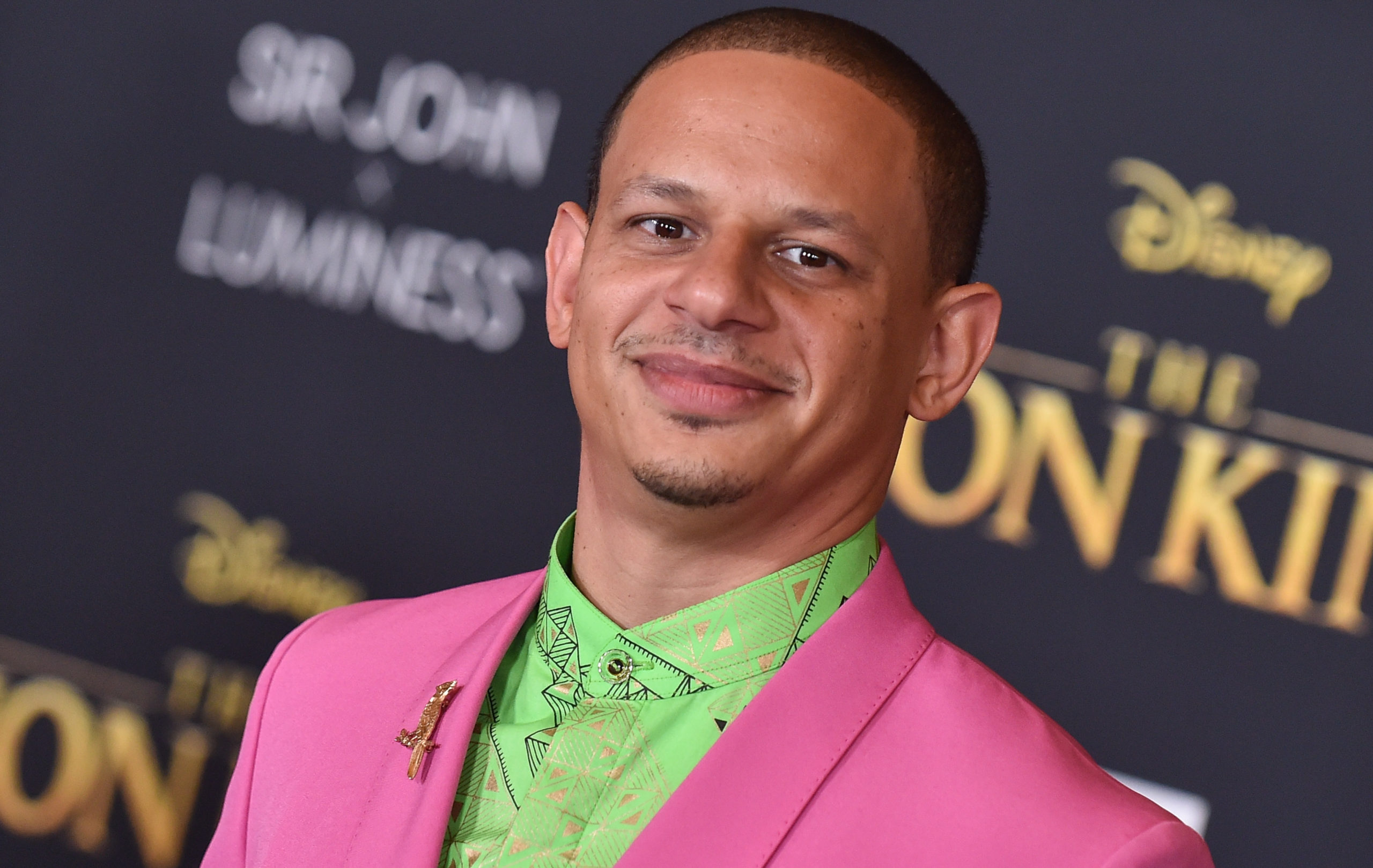 Eric André is quickly making a name for himself as an actor and comedian, and while he has yet to achieve the success level of someone like the revered Alan Alda, there is still time for his star to rise to those meteoric heights!

His first television appearance was in the small role of the Set P.A. on Larry David’s much beloved HBO sitcom Curb Your Enthusiasm in 2009.

The next year, he appeared as a character called Joey in the 8th episode of The Big Bang Theory’s fourth season, named “The 21-Second Excitation”. It was the episode where Leonard, Sheldon, Howard, and Raj attend a screening of Raiders of the Lost Ark, and run into Wil Wheaton and his friends. Joey was one of them.

2011 saw Eric André finding even more TV success, when he appeared on 4 separate shows. He played Zorn on an episode of the sitcom Zeke and Luther, which was about skateboarders. The character appeared in the third season episode, “Skate Troopers”, in which Zeke and Luther were hired for a TV show.

Next, Eric André was Jeff on the episode of the TV Land sitcom, Hot in Cleveland called “Elka’s Wedding”. This episode was the 22nd of the second season. This hit show starred Valerie Bertinelli, Frasier’s Jane Leeves, Just Shoot Me’s Wendie Malick, and the absolutely legendary Betty White as Elka Ostrovsky, their landlord.

Eric André then played Mirage on an episode of Fact Checkers Unit (FCU), a comedy series about two obsessive fact checkers who won’t let anything get in the way of them checking every single obscure fact about various celebrities. This series began as a short independent film that starred the world famous actor and comedian Bill Murray.

Eric André’s biggest break after that was being cast in the role of Mark Reynolds on ABC’s short-lived but later much loved cult sitcom, Don’t Trust the B— in Apartment 23, starring Krysten Ritter as an over the top party girl whose best friend was former Dawson’s Creek star James Van Der Beek playing an exaggerated version of himself.

Unfortunately, the show didn’t last long but it gained him many fans. On it, he played a former executive who loses his job and is forced to become a coffee shop barista, where he falls in love with Krysten Ritter’s naïve roommate, June.

That same year he also landed The Eric Andre Show, which is certainly his biggest hit to date. It’s run from 2012 all the way through today, and is currently in its fifth season. The basic concept of the show is that it’s a parody of low budget cable access television talk shows, with Eric André the host, and Hannibal Buress was his sidekick for a while.

The show would always begin looking like a typical, albeit cheap, talk show. An announcer would say, “Ladies and gentlemen, it’s The Eric Andrew Show!”, the sort of thing that happens on basically all real talk shows, except Eric André would then come out and demolish the set. It set up the show’s sense of surrealist humor.

This was particularly true when stagehands would then swap out all the scattered broken pieces for brand new furniture that looked exactly the same, followed by Eric André delivering a typical late night show monologue. His version of that, however would be full of dark humor, often with Hannibal mocking him throughout.

What would then follow would be celeb interviews, albeit handled bizarrely, and comedic sketches, typified by absurdity and surrealism.

Each episode would then typically close on a strange performance occurring as the credits rolled. They were parodies of the sort of amateurish acts you might find on any free public access cable show.

Sometimes they’d be actual musicians, albeit doing strange things. They once had a woman singing opera as the famous rap artist Killer Mike rapped and hyped her up. They also once did a parody of a Japanese game show, in which samurai bothered a musician as he tried to play.

Each season of the show featured a different distinct style. The first one was shot with old cameras in an old abandoned shop. Later on, they switched to HD cameras and had Eric André wear a grey suit in each episode. In Season 3, Eric André straightened his hair and surrounded himself with tropical plants.

The next year, he wore a tuxedo in every episode and lost weight each week, dubbing it the “dystopian Eraserhead” year. In Season 5, Eric André completely shaved off every bit of body hair he had other than his eyebrows, in addition to tanning his skin and gaining a lot of weight.

In keeping with the particularly low budget feel of season 1, a lot of the “celebrity” guests that first time around were actually celeb impersonators. One time Bruce Vilanch even appeared as Arnold Schwarzenegger of all people.

Later on, however, as the show’s popularity picked up, he got more real people on, including Ryan Phillipe, Jimmy Kimmel, Jack Black, Macauley Culkin, and his Don’t Trust the B— in Apartment 23 co-stars Krysten Ritter and James Van Der Beek.

Eric André also guest starred on the hit FOX sitcom starring Kat Dennings and Beth Behrs, 2 Broke Girls, about two young women in their mid 20s working as waitresses at a diner. He had the recurring role of Deacon “Deke” Bromberg across eight episodes of the third season of the show. This character was Kat Dennings’ boyfriend.

In 2015, Eric André was cast as Mike in Man Seeking Woman, a romcom TV show on the FXX network. The show ran for 3 seasons, and he played the protagonist Josh Greenberg’s best friend who is more successful with women than Josh is. He generally tries to help him out.

He is also the voice of Luci the demon on Disenchantment, Netflix’s animated fantasy sitcom created by Matt Groening, the creator of The Simpsons and Futurama. His first special for the Network dropped in June 2020, and was called Eric Andre: Legalize Everything. His next work for Netflix came in the form of Bad Trip, a comedy film for the streaming network co-starring Lil Rel Howery.

Another exciting, extremely high profile development for Eric André’s career was being cast as the voice of Azizi the hyena in Disney’s live-action remake of their animated film musical masterpiece The Lion King, which came out in 2019. Despite bad reviews, it was an enormous hit for the company due to people’s nostalgia for the original.

Eric André similarly did voice work for Dreamworks’ hit and now Oscar nominated animated film, The Mitchells vs. The Machines, playing Mark Bowman, and also played the voice of Darius in Sing 2, sequel to the original Sing from 2016.

Tory Lanez Net Worth – How Much Is He Worth?

In 1983 on the 4th of April, Eric André came into the world. He was born to a Jewish mother from Manhattan and a Haitian dad. He personally identifies as being both Jewish and Black.

He attended the Dreyfoos School of the Arts in Florida’s West Palm Beach, graduating in 2001 before going on to Boston, Massachusetts’ Berklee College of Music. While there, he studied music, his instrument of choice being the double bass. In 2005, he graduated with his BA in Music.

Eric André is not married, and nor does he have any children as of the present time, as far as public knowledge goes.

He has a number of well known exes, however, including Amber Rose, a model who was also dated Kanye West and was married to Wiz Khalifa, Tatyana Ali, best known for playing Ashley Banks on the enormously successful hit sitcom starring Will Smith, The Fresh Prince of Bel Air, and famous actress Rosario Dawson (RENT, Daredevil, The Mandalorian).

While all of his prominent relationships seem to have been with women, Eric André doesn’t identify as straight. While not directly calling himself bisexual, he said in a 2016 interview, “I think everyone is bi, right? There’s no such thing as sexual orientation, or race, or gender. Those are all obsolete man-made concepts…I’ll f*ck anything that moves.”

Although Eric André identifies as Jewish both culturally and by birth, he does not believe in God and considers himself also an agnostic or atheist. A spiritual person, he regularly practices Transcendental Meditation.

Eric André doesn’t actually have as large a social media presence as one might except for as hip a comedian and celebrity as him. He doesn’t tend to post a great deal on any platform other than Instagram.

With that said, his Instagram is extremely successful and he seems to use that one quite regularly. This probably indicates that he doesn’t necessarily value social media overall as being his primary means of gaining and maintaining his fame, and rather just uses the platform that he personally enjoys the most.

Eric André technically has a public Facebook page under the handle @EricAndreTours. He currently has 36,000 followers on the platform.

He doesn’t, however, seem to make much use of it. The only activity on there seems to be two posts regarding his Legalize Everything Tour from 2019. Should this situation change in the future, we’ll be sure to update this page with the latest Eric André information, however!

Eric doesn’t often to seem to put his own words into tweet form, mainly using the platform to retweet articles about himself and his projects, interviews he’s done, plugs for various productions he’s involved with, and various news and entertainment stories.

Eric André has a public Instagram account. His account name there is @ericfuckingandre. By far his most popular social media platform, has 2.5 million followers there, and is himself following 1,208 people.

He uses this account to post funny photos and videos of himself along with plugging various comedy shows, TV appearances, interviews, and so on and so forth.

Eric André has a public LinkedIn account listing himself as a comedian at the Shout Factory. No other information, however, has been filled in or been posted on there.

Should that change at any time in the future, we’ll be sure to keep this page updated so we’re fully up to date with the latest Eric André information!

Eric André does not seem to have a public TikTok account at the present time. Multiple people post as Eric André but none are verified as being the actual Eric André.

Should that change at any time in the future, we’ll be sure to keep this page updated so we’re fully up to date with the latest Eric André information!

J.R.Smith Net Worth – What Is He Worth Now?

Eric André’s height is 6 feet, which is 182.88 in centimeters. His weight is not officially anywhere on the public record, however it’s estimated as being 170 pounds, or 77 kilos.