Eddie Griffin Net Worth Revealed – How Much Is He Worth Now? 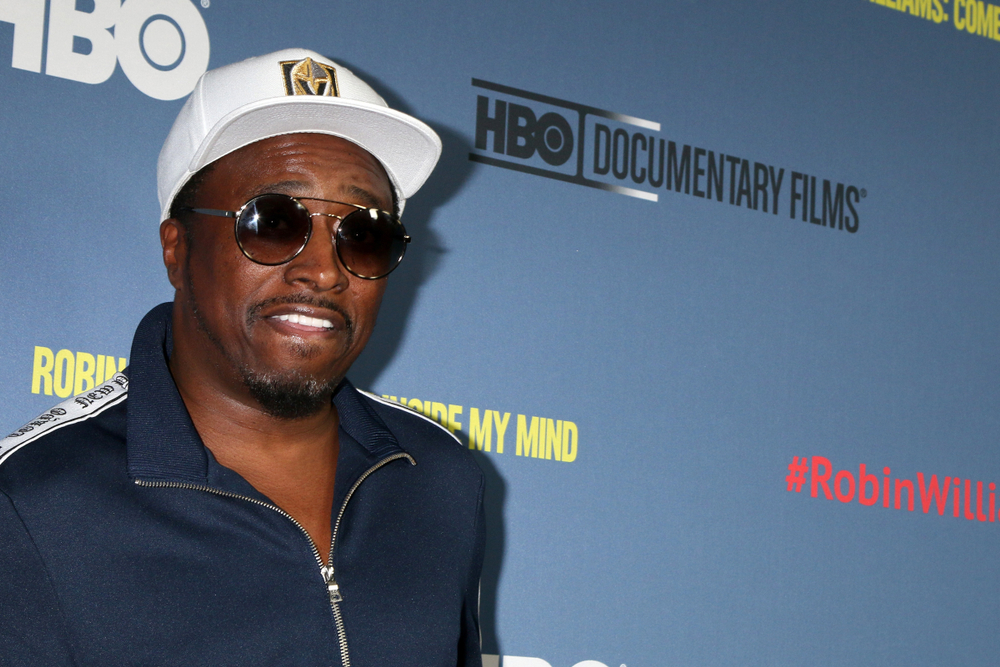 Who is Eddie Griffin?

Eddie Griffin is an actor and comedian who is perhaps best known for his roles in Undercover Brother, Deuce Bigalow: Male Gigolo, Deuce Bigalow: European Gigolo, in which he played the role of Tiberius Jefferson TJ Hicks, and Scary Movie 3.

For four years, he starred as Eddie Sherman in the UPN sitcom Malcolm & Eddie. In 2004, Comedy Central listed him as the sixty second greatest stand up comedian of all time, in one of their TV specials. 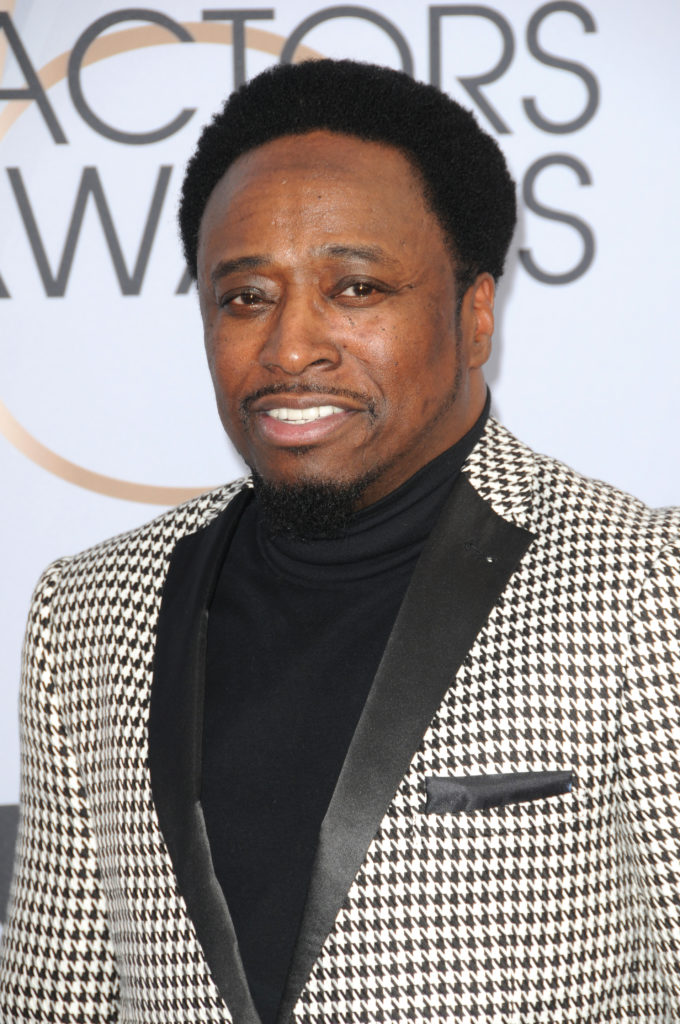 Eddie Griffin’s stand-up career first kicked off in 1989. It started unassumingly at an open mic night at a comedy club when Eddie Griffin decided to take a chance on something he’d never tried before. He took to the stage thanks to a bet placed by one of his friends and told stories about his family.

What neither his friends nor him could have predicted is how instantly naturally he took to doing comedy.

That night, on Eddie Griffin’s first-ever try, without any practice beforehand, the audience gave him a standing ovation, which made him instantly realize that he had a knack and love for something he never expected to have, and he knew that he craved more.

Eddie Griffin instantly had the entertainment bug so began sweet-talking various comedy clubs all over the place to allow him to perform his stand up there. He got gigs in his local area as well as all the way over in Los Angeles.

One his most popular gags, which would likely have gotten him into hot water today, was his impression of the notoriously tough guy comedian Andrew Dice Clay as a flamboyant gay man. Andrew Dice Clay himself found Eddie Griffin’s routine so funny that he eventually decided to hire him as an opening act.

Eddie Griffin began to build quite a name for himself, gaining in popularity and eventually taking on the status of a local legend at places such as the comedy club known as The Comedy Store in Los Angeles. He would often appear unannounced to do last-minute sets that would almost always do incredibly well.

He was also accused in that way of sometimes stealing the spotlight from other up and coming comedians who were trying to break into the business, as he was so good at what he did, audiences were usually harder on the people who followed him because they couldn’t live up to his level of comedic talent.

Eddie Griffin went from stand up to have a very successful film career. In 1993, he acted in The Meteor Man. In 1995, he did a film called The Walking Dead, not to be confused with the hit zombie television series that debuted 15 years later.

In 1999, he appeared in Deuce Bigalow: Male Gigolo, and then appeared in the sequel, Deuce Bigalow: European Gigolo in 2005. He also had a role in Scary Movie 3 in 2003 and Norbit in 2007. Other films he did were Double Take, John Q, and Urban Justice. He had the lead role in 2002’s Undercover Brother.

From the years 1996 through to 2000, he starred as Eddie Sherman in the hit UPN sitcom, Malcolm & Eddie, which ran for four years. He also made a very memorable, now considered classic appearance in the role of Grits n’ Gravy on a skit called “World Series of Dice” on the hit Comedy Central show Chapelle’s Show.

All of these roles and big appearances naturally helped Eddie Griffin net worth continue to rise and rise.

In 1993, Eddie Griffin appeared on one of legendary rap star Dr Dre’s albums, which was called 2001, even though it was released in 1999. He popped up in two songs on the album. He also made an appearance on rap artist The D.O.C.’s album called Helter Skelter, a reference to the famous Beatles song.

Eddie Griffin’s hit stand up specials include You Can Tell ‘Em I Said It, E-Niggma, and most recently, Laughin’ Through Your Mask.

Eddie Griffin was born under the full name Edward Rubin Griffin on the fifteen of July in 1968 in Kansas City, Missouri, United States of America. His single mom, who was an operator for the local telephone company as well as being a Jehovah’s Witness, named Doris Thomas, raised him on her own.

When Eddie Griffin turned sixteen, he decided to pick up and move across the country to Compton, California, United States of America. Once there, he moved in with his cousins, with whom he was close. The year was 1984.

Eddie Griffin eventually fathered a child at sixteen with a young woman named Carla, who he got married to, and soon afterwards, he joined the United States Navy.

Eddie Griffin’s Navy career didn’t last long, however. Only months after enlisting, the Navy discharged him after he was caught smoking marijuana, due to it being an illegal substance. Things continued to not go too well for Eddie Griffin in that point of his life.

Eddie Griffin got into one fight that ended up getting him convicted for assault. He was locked up in jail for an ensuing 6 months as a result of the assault.

Once Eddie Griffin’s sentence was complete, he had served his time, and he was finally let out of jail, he earned money doing odd jobs including work as a house painter and even as a dancer.

Eddie Griffin has had 4 separate marriages over the course of his life to date. He was only sixteen years old when he first got married in 1984, to a woman named Carla. They stayed married for over a decade, only finally getting an official divorce thirteen years later, in 1997.

His next marriage lasted only five years. In 2002, Eddie Griffin married a woman whose name was Rochelle, but by 2009, they were already split up.

Two years later, Eddie Griffin got married to Nina Rivers, but that time of wedded bliss didn’t last long at all, namely a single month. They filed paperwork and the break up was official within 6 months. His next and current wife was Ko Lee Griffin, who he married in Vegas in 2017 and is still married to.

Eddie Griffin has had ten children over the years, but he keeps information about his kids very private. We do know that three of them are called Eddie Griffin Jr, Alexa Griffin, and Meko Lee Griffin. 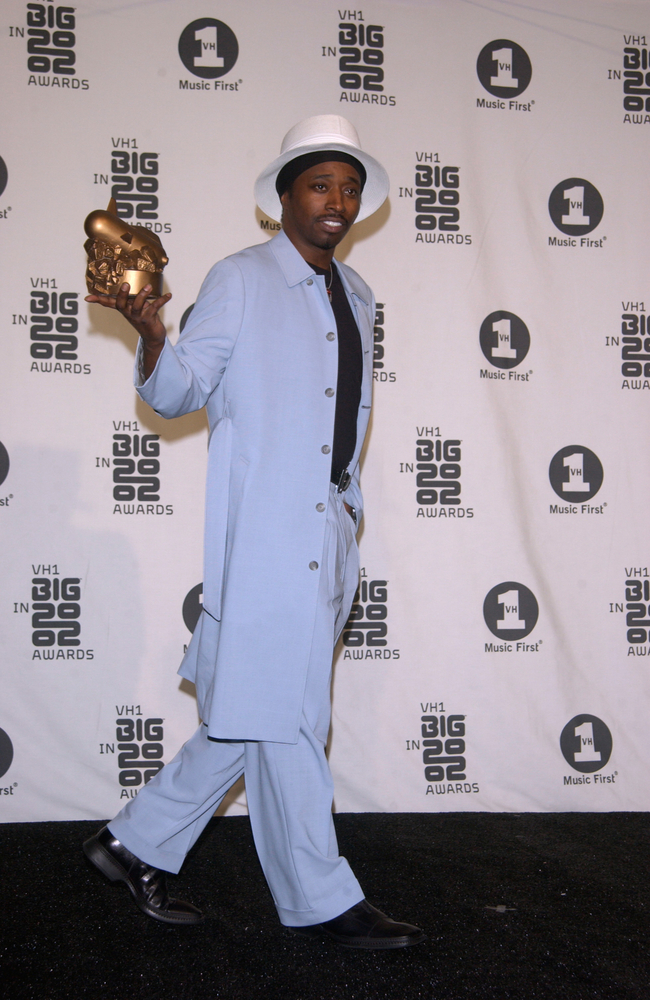 In 2007, Eddie Griffin got in what seemed to be a pretty severe car accident while competing in a charity race. It happened at Irwindale Speedway in California and was meant to be a promotion for the current film he was starring in called Redline.

While practicing in a $1.5 million dollar Ferrari Enzo, Eddie Griffin mistakenly put his foot on the gas rather than where he had intended, on the brake, and subsequently lost full control of the car. It crashed at an extremely high speed into one of the barriers made of concrete. Luckily for him, he had no injuries.

Some people speculated later that the crash may have been a publicity stunt, evidenced by his lack of injuries, although Eddie Griffin vehemently denied those rumours.

Years earlier, at Eddie Griffin’s twentieth birthday celebrations, Eddie Griffin’s mom, Doris, said that he’s stolen her jewelry, which led to a huge fight when he told her he hadn’t. They didn’t speak for 4 years after this, but after she herself got hurt in a motor vehicle accident, they reconciled and he moved back to LA.

During Bill Cosby’s trials for sexual assault, Eddie Griffin publicly sided with the beleaguered comedian, noting his beliefs that all of the many women who had been his victims had simply joined forces in a conspiracy to bring him down.

He also claimed other powerful Black men in America had also suffered at the hands of conspiracies like that, however, he failed to specify who he was referring to.

Comedian, comedy writer, actor, director, and producer Seth Rogen has accused Eddie Griffin of antisemitism, claiming that he had made remarks against Jewish people to him, along with his wife, Lauren Miller Rogen, and fellow Jewish comedy actor and friend, Jonah Hill.

When Eddie Griffin had it explained to him that Sikhs and Muslims are two very different things, he replied that there was nothing wrong with conflating them for “comedy” given they’d both been the victim of hate crimes in the wake of the events of September 11, 2001.

Eddie Griffin has an official public verified Facebook account. He currently is being followed by over two million and ninety three thousand people on this platform. It’s clear to see why Eddie Griffin net worth is so high given how many fans he has on social media.

On Facebook, being a comedian, Eddie Griffin tends to posts jokes and humorous observations, as well as funny videos. He also posts plugs for his upcoming events, charity functions, shows, interviews, and so on and so forth, as well as videos of himself with friends, acquaintances, and comedy co workers.

Eddie Griffin currently has over two hundred and twenty six thousand followers on Twitter, and is himself following over two thousand people in return. Eddie Griffin tends to use Twitter to post jokes, funny memes, interactions with his fans, friends, and other celebs, and videos of himself talking to his fans.

On Instagram, Eddie Griffin tends to post memes and political messages in addition to his typical jokes, photos, and videos of himself, plugs for various upcoming projects and appearances, plugs for his Laughin’ Through Your Mask streaming stand up special, messages to his fans, and so on and so forth.

Eddie Griffin does not currently have a public LinkedIn business account. That is not surprising, however, given celebrities on Eddie Griffin’s level in the entertainment industry don’t tend to find a need for the sort of networking that this particular platform provides.

Should this situation change at any point in the future and Eddie Griffin sign up for a LinkedIn account, we will be sure to update this page so that it reflects all of the latest news and information on Eddie Griffin net worth, life, and career.

There is a TikTok that claims to be Eddie Griffin’s official TikTok. However, it is currently unverified and only has 6 videos, so it is unclear whether it is actually Eddie Griffin’s account or not.

Should this situation change at any point in the future, we will be sure to update this page so that it reflects all of the latest news and information on Eddie Griffin net worth, life, and career.